TWENTY YEARS with TODD the BOD!

I had other photos all loaded up and ready for blog stories, but how in the world could I let our 20th anniversary slip by without acknowledging the man who makes all my world go right?! 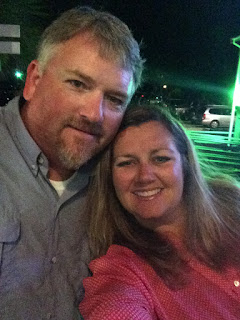 I was reading someone else's description on Facebook today of their late husband.  She said "he kept me grounded, and I made his life interesting."   I sent her a message and said, "I know just what you mean!".  Todd is the level-headed one of the bunch.  He makes wise decisions.  He is the one I run texts by before I decide to send them on through when I have been offended or just feel I need to somehow right a wrong.  He usually tells me they are a bad idea.  He is the one who will truthfully tell me when I need to go back in there and change my outfit if I have gotten a little "out there" with my choice.  He also makes it clear that I need to iron my shirt before leaving, and when I continue to argue with him that I am NOT.  I am artsy!  haha.  He tells me to take it off and he'll iron it for me! 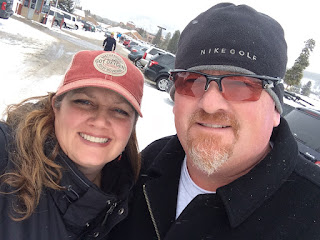 He is a good daddy.  The girls get very little consistency with me.  I mean, as far as bedtimes, wake up times, schedules, etc.  That is not how I roll, nor how I view the world, so that is a trickle down effect for them too, I suppose.  Todd is more the consistent guy.  He is the one who sets rules.  I am always amazed that when I am out of town, there are no friends over.  And they don't even ask.  It just is.  And they don't seem to mind a bit.  He'll text me at 7:15 with a pic of them asleep and totally blow my mind.  (we're more like the 10:45 types!) 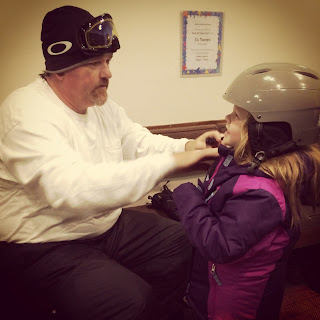 I am thankful that he knows that I have a "high-spirited" streak and that I am finding more of a need to express it as I get older.  He lets me travel and go speak and attend art conferences, and paint for John Maxwell... all without even questioning it.  If it makes me happy, it makes him happy. 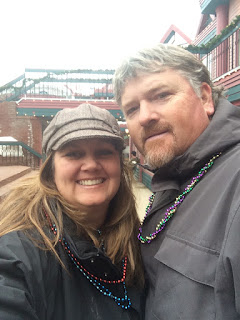 And vice versa.  As he has gotten older, he is more taken with his golf buddies and going around the country to play.  I encourage it. We know that life can be short; (we've been witnesses to that), so we appreciate living it to the fullest. 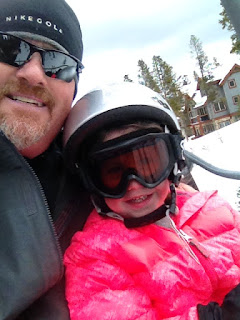 He is the one who cooks for our family.  Like. EVERY. meal.  And he actually enjoys it.  He made us a big spread tonight, and Ellie Sue decorated the table with flowers (Todd brought those home too), a table runner, placemats, and the whole nine yards. He takes good care of his girls. 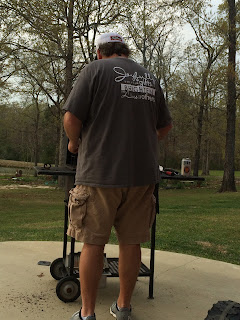 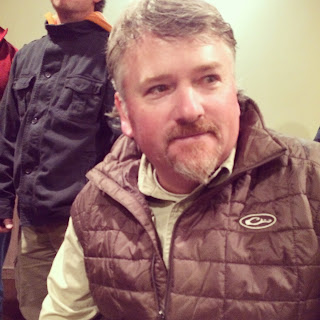 Shannon asked on Facebook to tell the story of how he proposed.  Well, we were at his trailer in the spring of 1996.  I was putting flowers in his flower beds.  The next door neighbors walked over and were small talking with him.  Then, Paula and Johnnye drove up. I thought they were just sort of popping by.  Then, one of the teens I treated in PT who had severe CP rode up with his worker in a van.  I was thinking, WHAT in the world?  They all got out, and were gathering, when he dropped to one knee and popped the question.  I was stunned.  I was in my gardening clothes!  I had dirt under my nails.  But in true Toddly fashion, he made sure that there was someone on hand to take pics so I could have it all documented, thus the proposal pic on Facebook today. 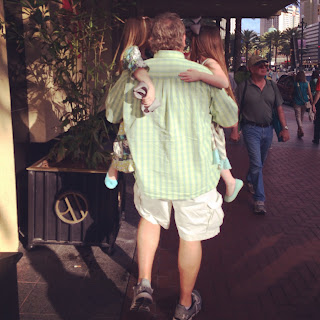 He puts up with my craziness, and those who meet him think he is sort of quiet and maybe even shy. Well......just ask our closest friends about that!  He is a NUT! 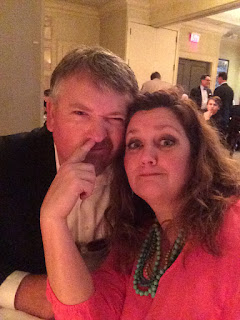 We weren't sure if we would have kids or not, and although we trudged right on forward through fertility treatments, we were both "ok" with whatever the outcome.  We remained happy to be together throughout the ordeal.  Then along came babies!!  This one was conceived on the very day Jake died.  Surely I've told THAT story before?  YEP.  She was born on July 12, 2007.  A nurse friend at our shower said to determine the date of conception, add three months and subtract a week.  (That is basically the same as subtracting 9 months from the birthdate, but somehow more "accurate" to those in the OB/GYN field.)  So... 7/12, add three months, is 10/12, and subtract one week is 10/05/2006.  The VERY day that Jake Owen Raborn accompanied the angels into the presence of God, this little toot became a life! And nine months later, she was our daughter.  Have any doubts that this baby girl was meant for us?! 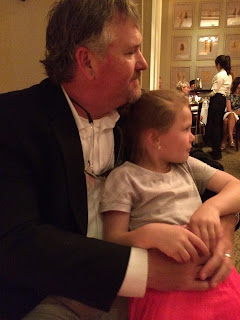 And 8 months later, we find out about this one! God is good, isn't He?! 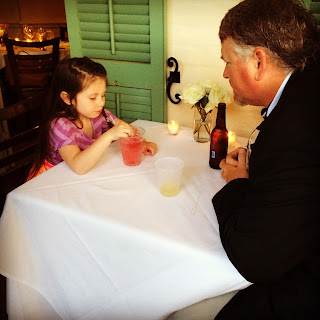 Todd and I have many friends, great kids, supportive families, but most of all... 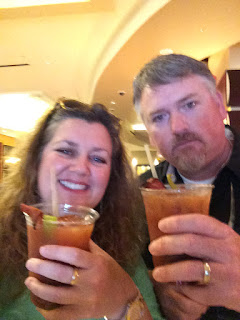 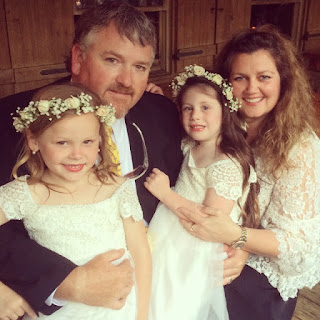 We understand our unique roles in the family. It may be a tad bit backward to some.  I've always had a huge drive to work, and Todd lets me live that out.  And I am more than happy to let him live out his need to get stains out of clothes and cook healthy for us every night! 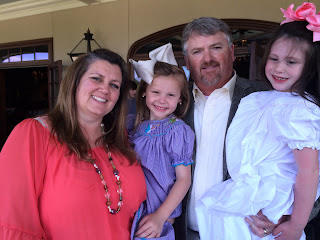 He loves his girlies! He takes care of his girlies.  I found out he has an entire trip planned for our anniversary in October.  When I doubted him, he pulled out his phone and said, "well, this WAS going to be a surprise, but...." and proceeded to show me pottery classes, shows, restaurants, and every other point of interest that he thinks I would want to see in Destin, FL.  He did all of that for me.  Now, THAT is special.  Yep.  He takes care of his girlies... 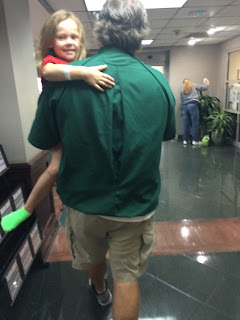 Including their cousins and friends!  (He is the tooth puller around here too!  NO WAY can I stomach that!) 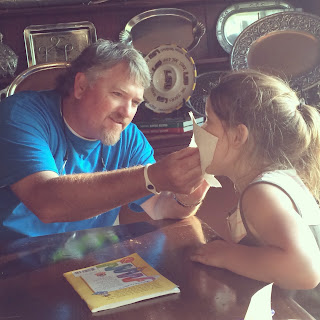 I think I may be experiencing my first hormonal bouts, but this am I was texting him pics of us in months past and just telling him that I was having an awareness of how blessed we are, and I was crying in the car!  A feeling of overwhelm came over me.  Just total gratitude! 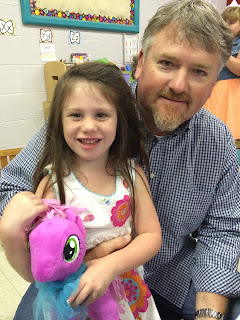 And so I called my doctor for some hormone replacements... just kidding.  (But it's probably in my near future). 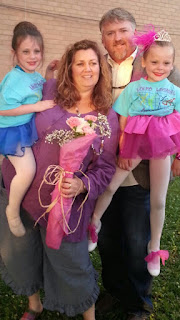 So, shout out to my man.  For loving me for 20 years.  And for being patient with me in my career and as we started a family fairly late in life. We have so much more to do together. 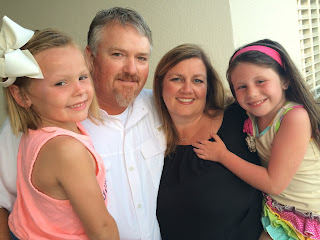 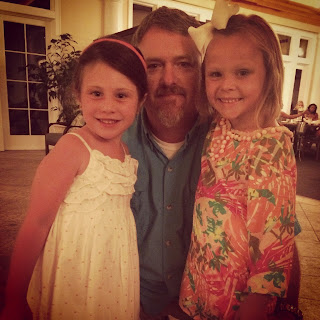 And I look forward to every single minute of it. 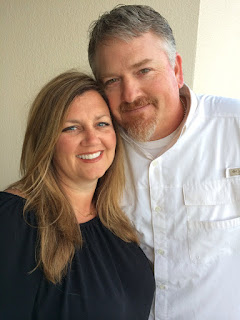 Those of us with the "ONE" are truly blessed and living in very high favor!!

Happy anniversary! You two make an amazing couple! Finding your soulmate is one of God's greatest gifts. I'm still amazed that he got fingernail polish out of carpet at your other house! I thought the only thing that got that out was scissors! The girls are lucky to have each of you - they are going to be well-rounded, well loved girls. Have fun on your trip!

So sweet! A blessed family indeed.
Happy Anniversary! Enjoy your trip planned out by your wonderful husband.

Love this post! Clearly, you two were made for each other. A blessed family, for sure.
Happy Anniversary! The trip sounds like it will be amazing.

Happy Anniversay -- I love your story. It is perfect!

Love Love Love! Thanks for the story - but you never said how y'all met! That's usually the best part of the whole love story!
I would say you and I are both blessed. My man has a lot of the same traits as yours. And my word - I love that salt and peppa hair on Todd!

Oh my goodness. I am crying now too. My man does the exact same for his family of girls. What lucky ladies we are!!!

Happy Anniversary. Always thought you got your girls right on time - because God was using you to help mother Stacy's boys. Love that last pix