As promised, things are going to get a little gross... I saved this posting for late night. 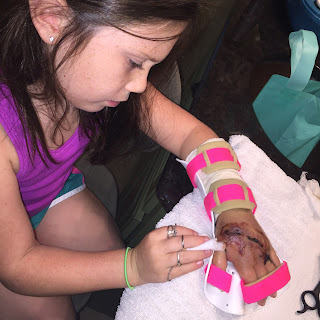 Miss Gabbi Girl would put all of her rings on one hand and go to town! 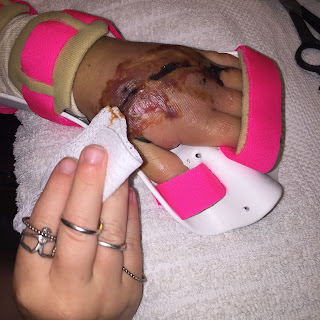 By now, we had a few breaks in the damaged tissue on top and could get some medicine "into" the wound bed, which is what we'd been needing for some time. 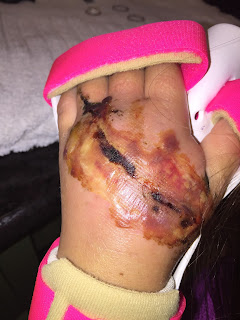 There were deeply scarred areas which were concerning me from a range of motion/ functional standpoint. 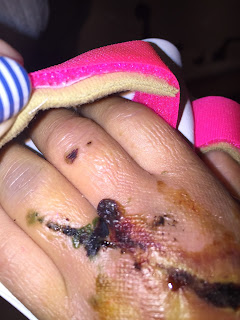 Note her little wrinkly fingers above.  We'd had her splint modified, and because she was wearing it all day and it was such an intimate fit, she wasn't moving her hand a lot.  This helped the swelling go down, thus the pruning in her fingers.  That is all a good thing! 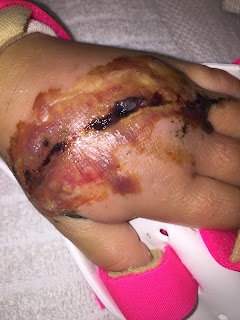 Every night.  Until about a month ago.  Now Ellie sleeps in her own bed.  A miracle has occurred in the Groves household.  Only THREE in the adult bed now! 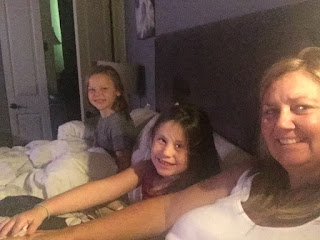 Ok... NOWWWWW we are cracking!  See those open areas in the wound?  It's about to get real up in here. 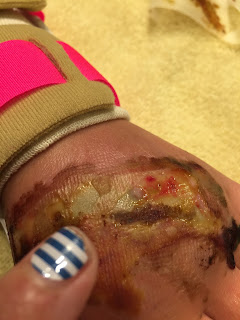 They looked like some sort of funky egg shell.
It was actually called eschar.  And it is HARd and sealed. And a nightmare to penetrate! 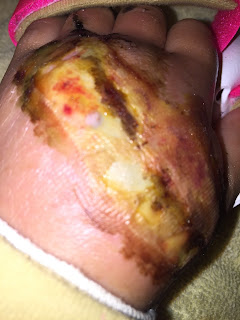 Gabbi Girl would dress her own hand every night. 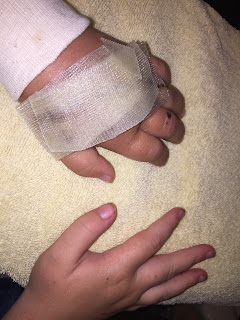 She'd get up the next day, and go again. 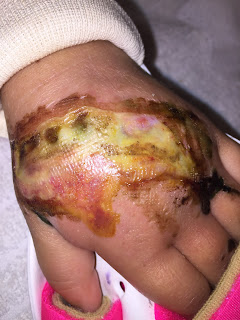 She was learning to remove the dead tissue that had come loose with the enzymatic debrider being used under her dressings to break down that had tissue that was of no use to her hand or her body.  And was preventing actual healing. See that nice pink tissue?!  That is the GOOD stuff!  that middle section... NOT so much!  And it was DEEP! 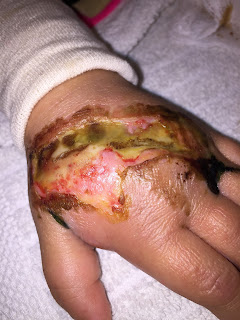 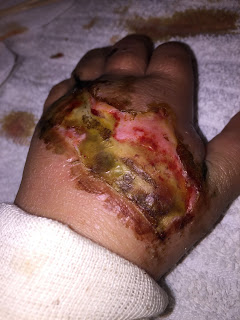 Gabbi never freaked out on me.  She just kept right on attending to her little wound/ hand and loving it. 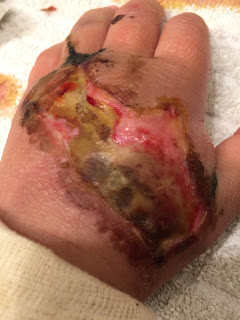 I was a very proud mama. 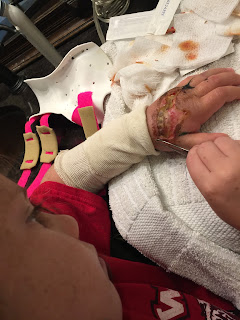 She would be so proud when she was able to harvest a little yucky tissue that needed to go. 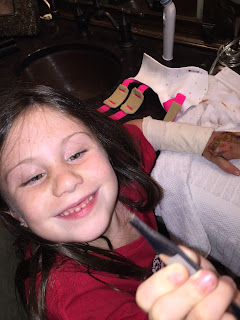 And afterwards... well, this was our typical aftermath! 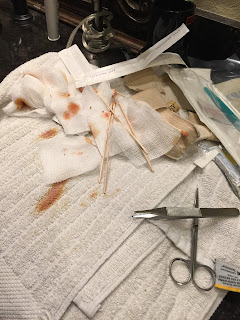 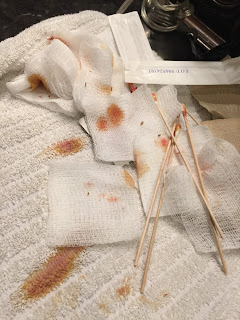 Progress!  Believe it or not!  More coming.  You've followed the story this far, so you might as well see it to the end! 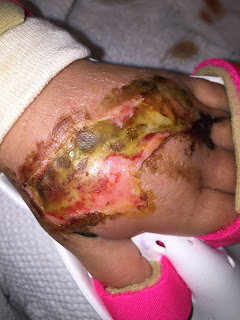 Mo, you are simply amazing. You are an amazing mother, an amazing therapist, and an amazing teacher. I had been curious about Gabbi's hand, but trusted when or if we were to know, you'd share. I think its wonderful that you're sharing this in as much detail as you are. Life is not always shiny and lovely and digestible. But through this arc, which some may find difficult, you are really showing that if you choose and INTEND to see it this way, life is always beautiful. What a wonderful message to send; the importance of Gabbi LOVING her hand. I believed this so fully, and you've articulated it so nicely. I LOVE seeing Gabbi take an active role in her healing process - what a huge life lesson! It seems like I am more similar to you and Gabbi than I had even thought. During PT school I LOVED the wound care piece. I can remember debriding a residual limb and just thinking in my head: "YES, off with the bad to let in the good!" Its not something I've done at all since graduating, but I think if my career hadn't gone the way of school peds, its something I could definitely see myself doing.

Wow what an experience for Gabbi. I can imagine what pride you must have felt seeing her take such care of her wound ( mixed in the heartache of course) I know that you use your blog as a scrapbook for your kids. I'm sure Gabbi will look back this as a reminder of a difficult journey and be encouraged by your words of encouragement and support throughout these post. Once again glad you're reflecting back knowing God's hand has healed and guided then and continues to now.