Jessi and I were at the event for 5 days, I believe.  And each day was fun and exciting in its own way. On this particular day, John was interviewing his teaching team! 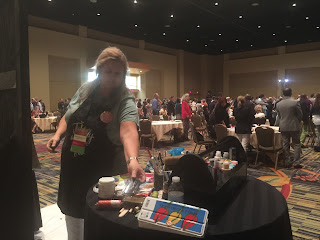 We set up in the corner, and because most of the commentary were answers to questions and not necessarily prepared speeches, we had some of our old favorite quotes on hand to use. 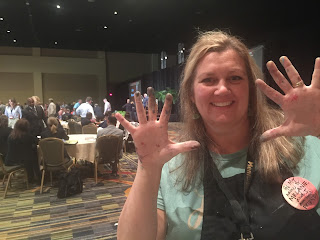 I think we were a hit.  People would come to take pics during the breaks and afterwards. 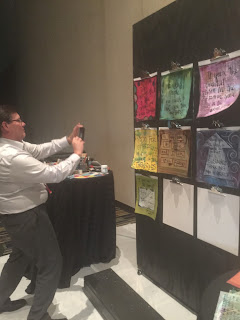 This session was only open to those who are in the mentorship program.  I have been to four of these events, as I go each August.  They actually offer them in February (2016, it will be early March) and August every year.  This event was my fourth. 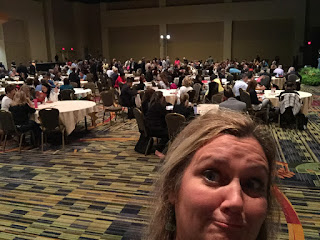 It was Jessi's first.  And she was as blown away as I always am. 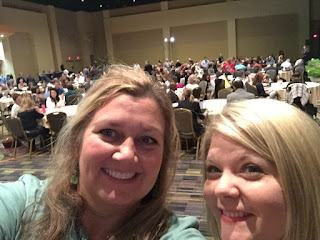 She and I are pointing to our teaching team up there getting ready to rock with John Maxwell. 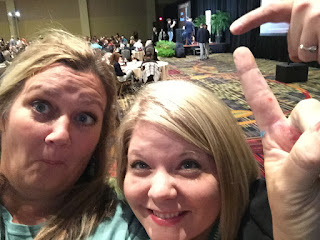 Anytime there was a gap in schedule, we were manning our station! 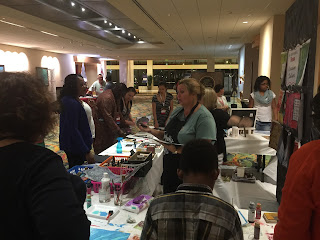 And folks were coming by to get their art on! 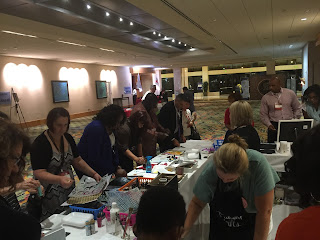 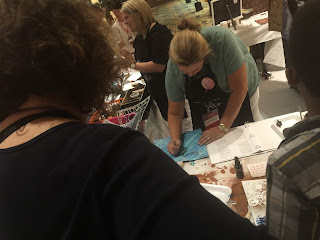 I felt like there was a lot of excitement around the projects.  We really had a generous supply of tools to try, and many had never used sprays and stencils and such, so it was like children playing with a new toy for the first time.  I'd best describe it as "wonder".  And wonder is where ideas are born! 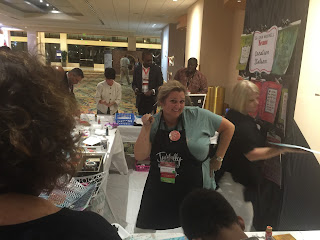 There's Raul again.  Remember him from a previous post?  His was one of the pieces of art that got taken, so he just came back the next day and made another one.  By the way, I take full responsibility for the art being taken, as I didn't have a sign or post of any sort saying this was original artwork and the artists would be returning to get them.  I just assumed.... and we all know what that does! This is Cheryl.  She's the chick who puts on this entire shindig!  She's a busy lade over the course of this weekend!  But she swung by to check in on me! 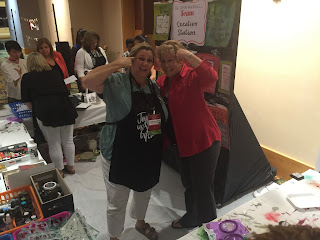 Here are a few more examples.  In case you didn't read the prior posts, I am looking for some input into which of these paintings you like the most.  For instance, if one of these were on the cover of a blank journal, which one would you like to see there?  Or which 2-3? 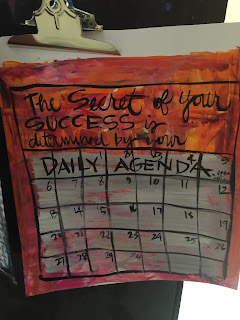 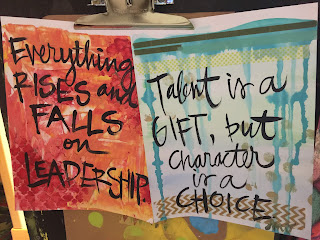 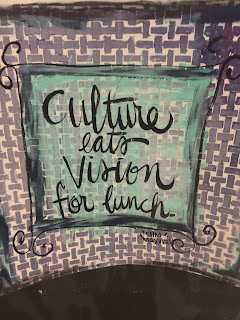 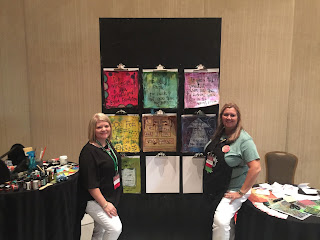 Jessi and I had this one blown up and is now hanging on a foam board in the Ruston clinic. 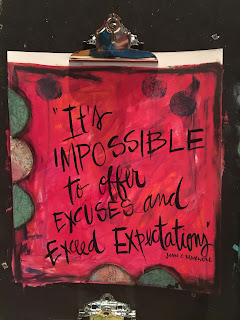 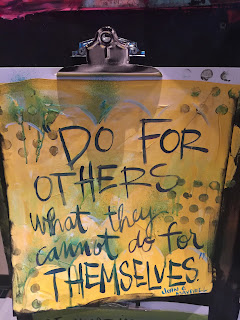 This one is an "inside joke". 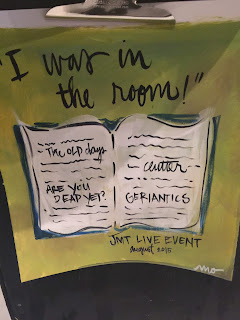 As is this one.  John says this at least once in every single one of his presentations.  He very much wants to connect with his audience on a personal level and not be seen as some sort of star.  This is why he reiterates that he is our friend! 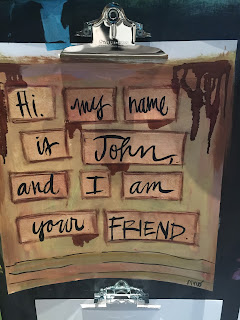 I'm pretty sure we have this one hanging in the clinic too. 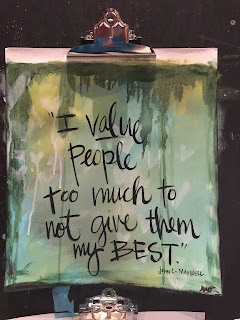 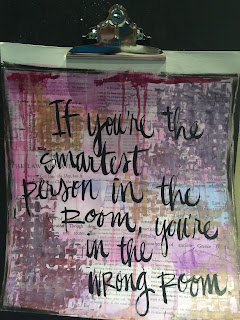 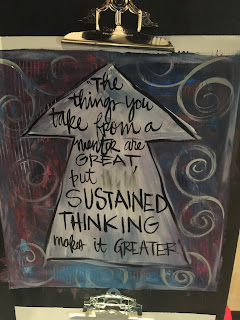 I have one last blog post from Orlando.  It will likely post later today.  Jessi, Brian, and I swung by an old Orlando must-do site before leaving town.  Stay tuned.

All are awesome, that was a great idea.

A lot of food for thought in this one blog...Thanks for sharing...