To those of you who can stomach it, the ride is almost over.  Well... at least the big chunks.  Gabbi Girl has become an old pro at this wound care stuff by now.  And it is apparently July in these pics, cause Ellie Sue is having a birthday party.  One that Gabs cannot participate in.  :( 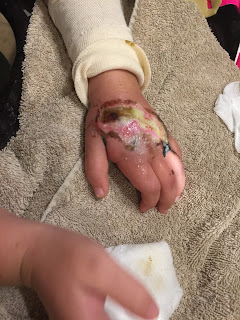 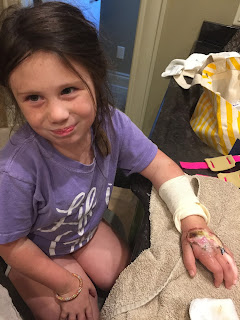 This was one of those days that I was a touch concerned!  All that dark brown at the bottom of the wound, that is sort of sitting on that yellow, thick funk is NOT good.  It is dead tissue that is also getting dry.  Wounds need to stay moist.  They heal best that way, believe it or not. 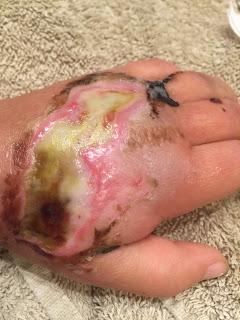 BUT... Those little pink edges are coming in nicely, and the margins are becoming much more well demarcated.  Wound NERD! 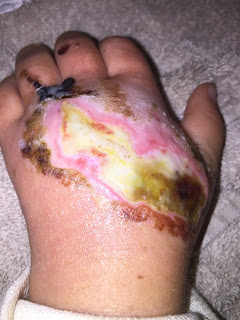 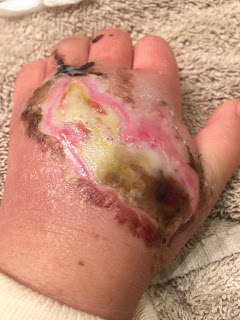 In the book I sent with Gabs to Little Rock the one time I couldn't go, and Todd had to man the ship alone, I had not only pics of every day, but also measurements, so the doc there could see the progression, JUussssst in case she couldn't remember from week to week.  I also had pics throughout the scrapbook like below, where I could compare the wound from day to day or week to week so she could see the progress in a single pic. 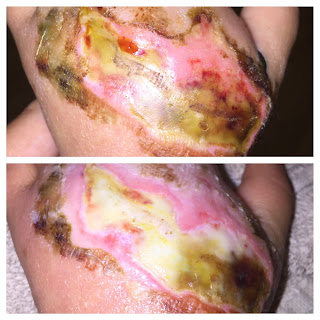 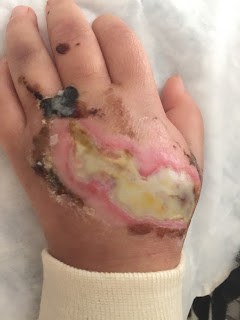 I for sho wasn't going to be accused of not keeping up with this silly thing. 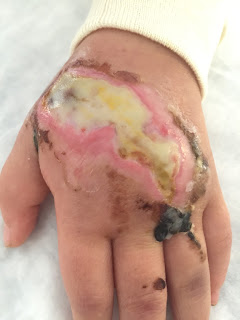 And all the while, Gabbi Girl has three broken bones in her hand!  She hardly ever even complained of pain! 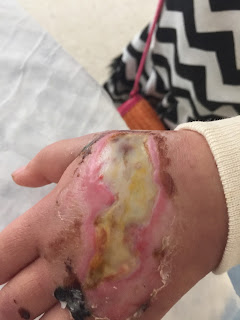 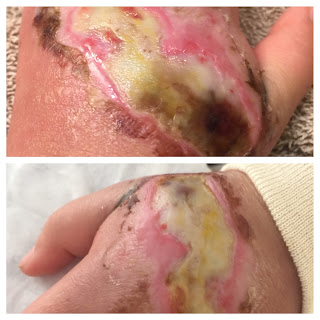 I mean that kid was a trooper.  Until maybe the day Ellie had her 8th birthday party, and Gabs couldn't get out on the water slide. 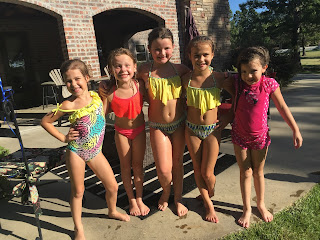 Hey, ya know.  Life is not fair sometimes.  Ellie wanted a water slide, and it was her birthday.  So, Gabbi sort of had to deal.  I remember when I was about her age, I had the mumps and all my cousins came to our house for Thanksgiving, and they were out in the backyard playing football, and I couldn't go outside.  I can remember watching them from the bay windows in the kitchen.  Did I want to play?  yes.  Could I? no.  Did I survive?  yes. Am I bitter... well... that was about 39 or so years ago, so yeah... maybe. 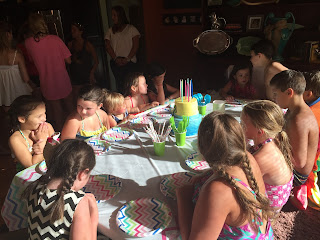 A few of her besties were at the party, so she was happy to be around her buds. 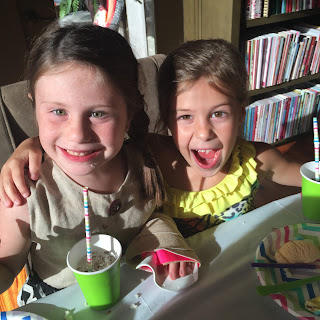 Believe it or not, this was couple of days later.  Note that nasty dark brown spot is resolved, and the pink is continuing to come in on the edges. 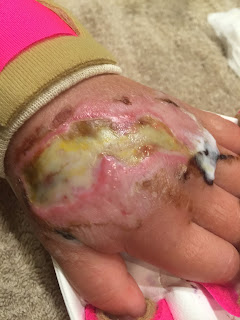 However, poor little thing is having deformities of her fingers and atrophy of her actual hand muscles. 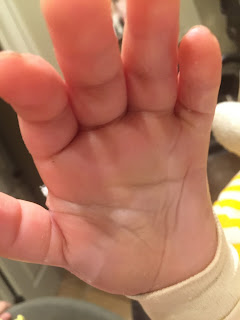 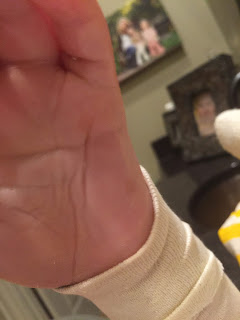 See that sunken in part of her pinky side of the hand (hypothenar, in case anyone really cares to know)... well, I sort of thought it was time for a splint modification.

No worries.  I have a certified hand therapist at my clinic who is VERY WELL versed in splinting and all things of the hand!!  Amy... we are on our way!

A few more, and this tale will have been told!

Oh my goodness! What a lucky girl to have a mom like you!