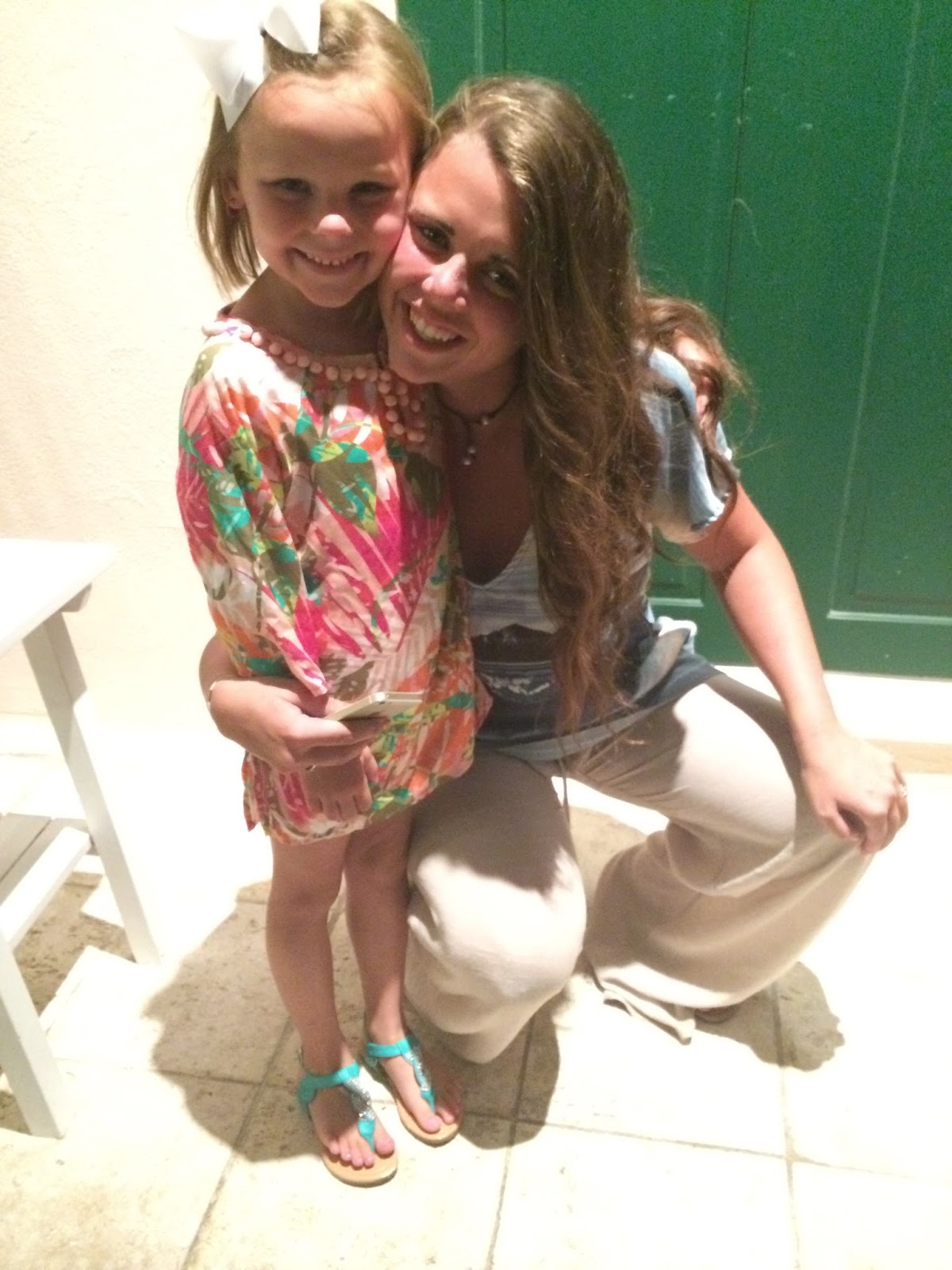 Just for a public service announcement, if you are ever headed to the gulf coast, and you have kids with you as well as adults who like to eat GOOD food, you should consider The Beach Club.  The girls were never without something to do, and then at night, should the urge strike to go out to eat, but not "reaaallly", you can just walk about 200' and you'll be at a super nice restaurant, on the grounds. 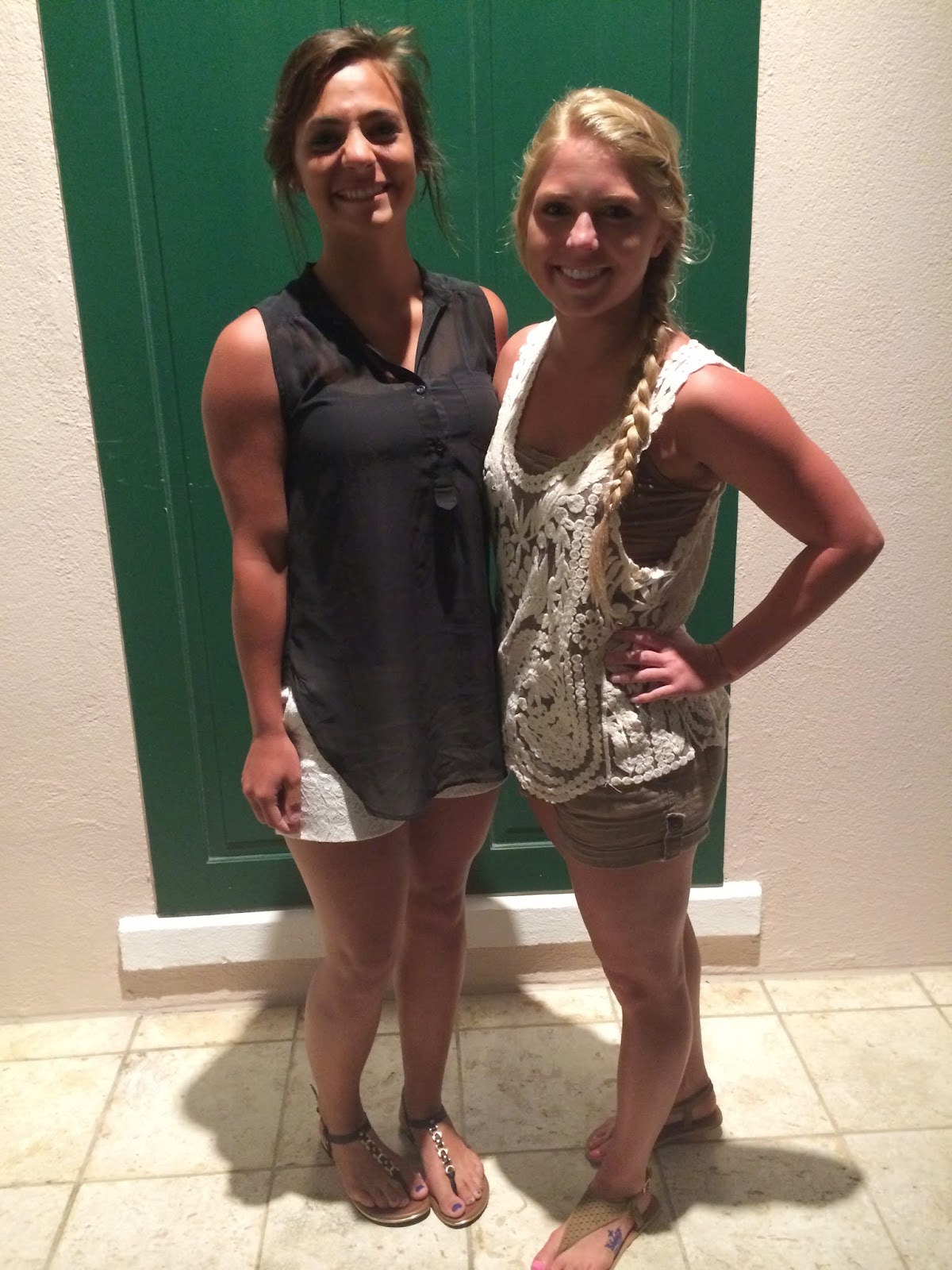 On this particular night, that is exactly what we decided to do. 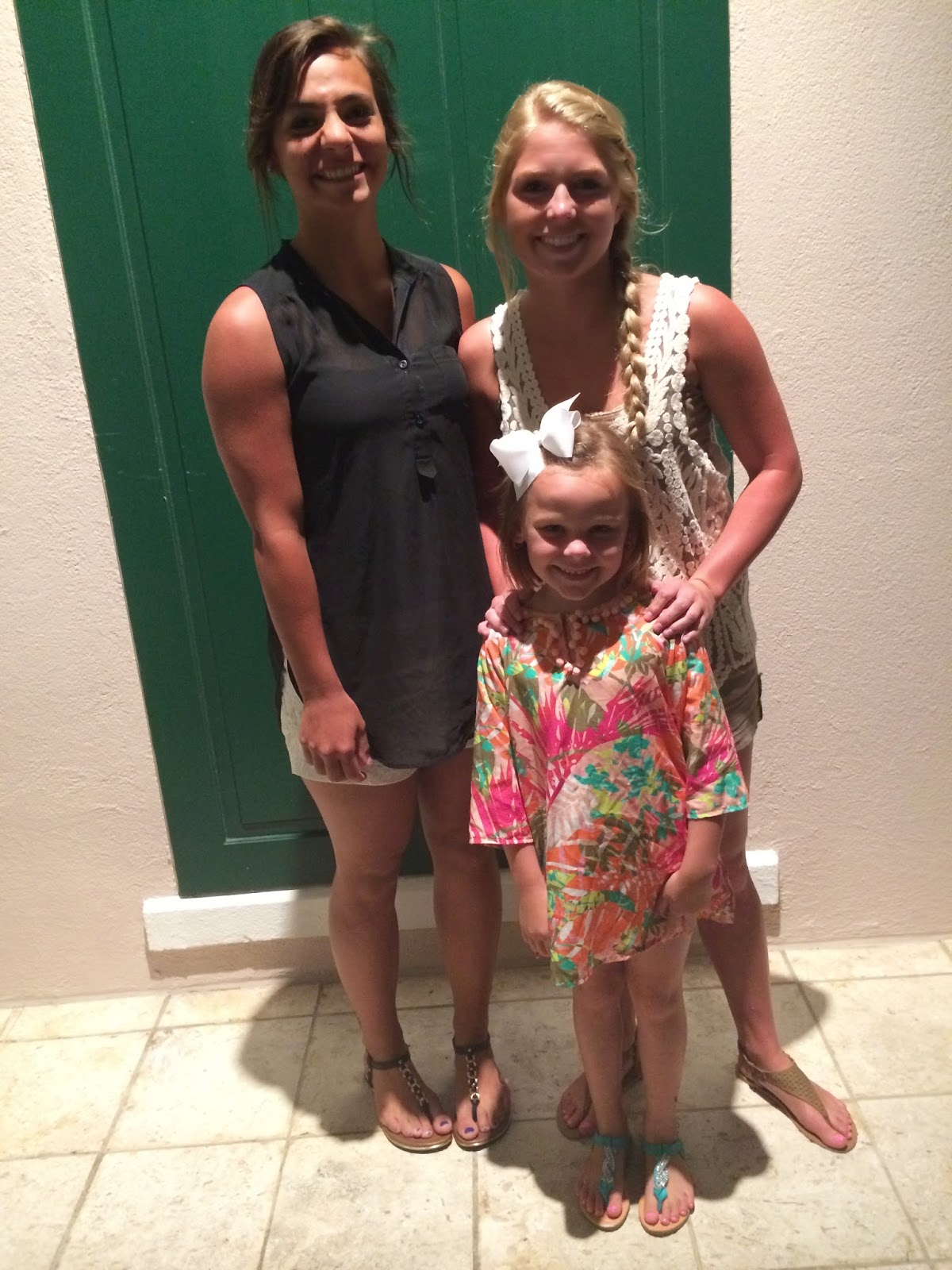 I think it was on an evening when the girls wanted to do the Dive IN movie, and it was sort of late when they got done with it. 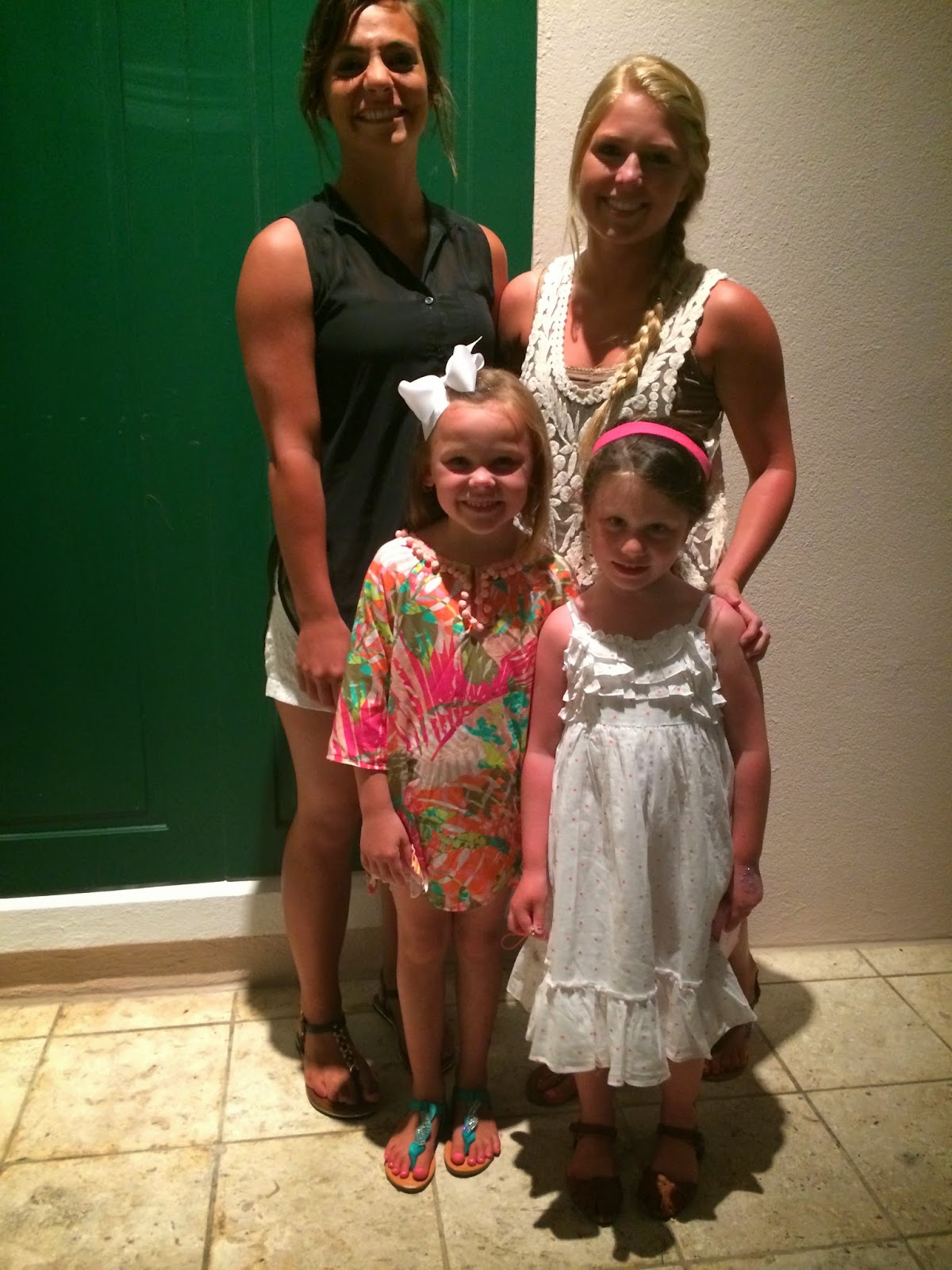 (Is it my imagination, or does Ellie have on mascara... again?!  I was thinking she had it on in her pics from yesterday too!!  That child!!) 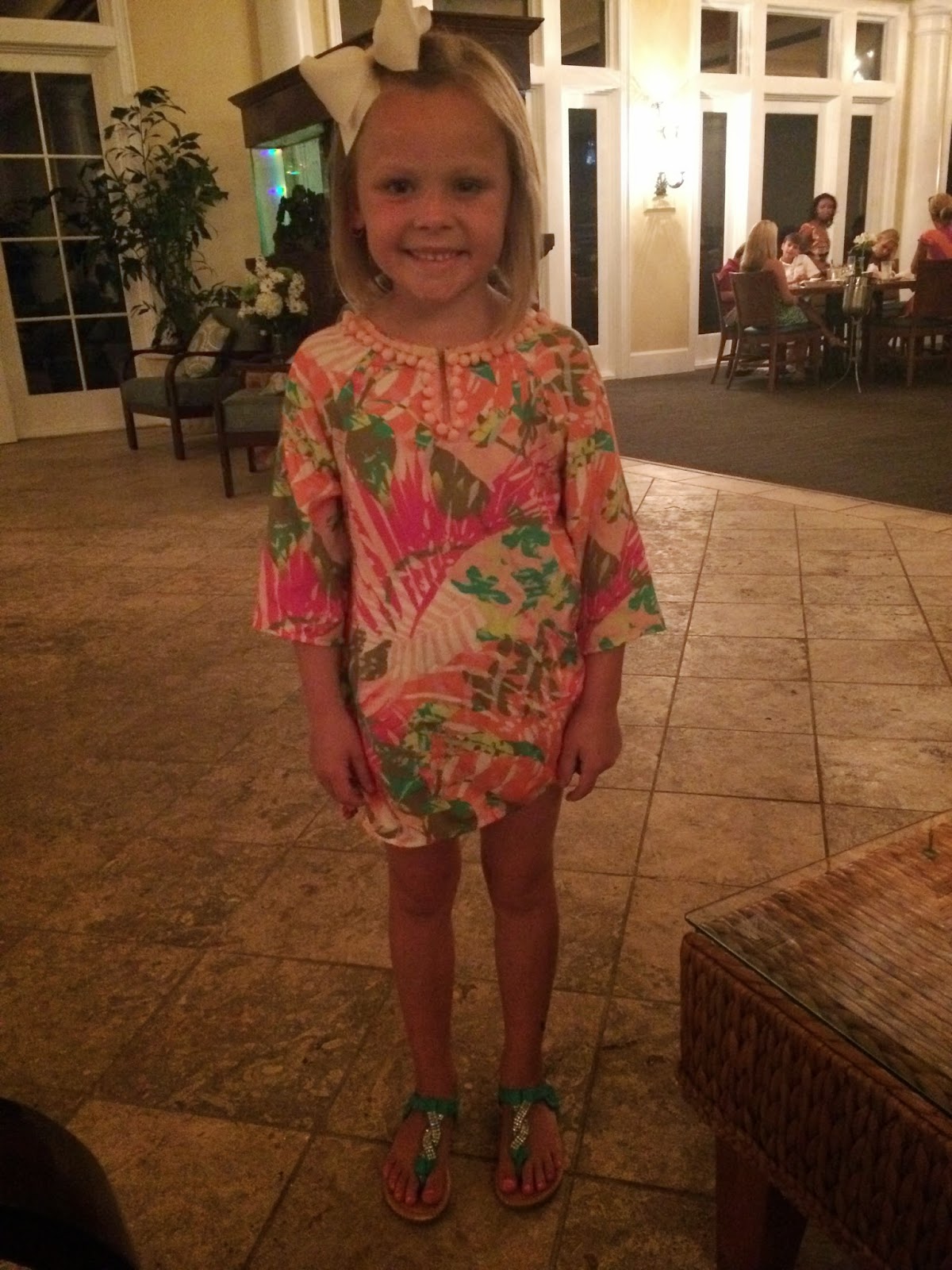 She does love her some teenage "friends".  She never sees them as her sitter.  Those who keep her and can understand that about her do very well with her.  Those who are annoyed by it usually don't last long with the Groves crew.  And, if I am being perfectly honest, aren't very liked by Ellie's mom!  I mean, she is who she is.  I don't tolerate disrespect, but she wants to be treated like they "like" having her hang out with them. Not like she is an annoyance BECAUSE she idolizes them and wants to be their bud.  Off soapbox now. Dang, I have some cute girls. 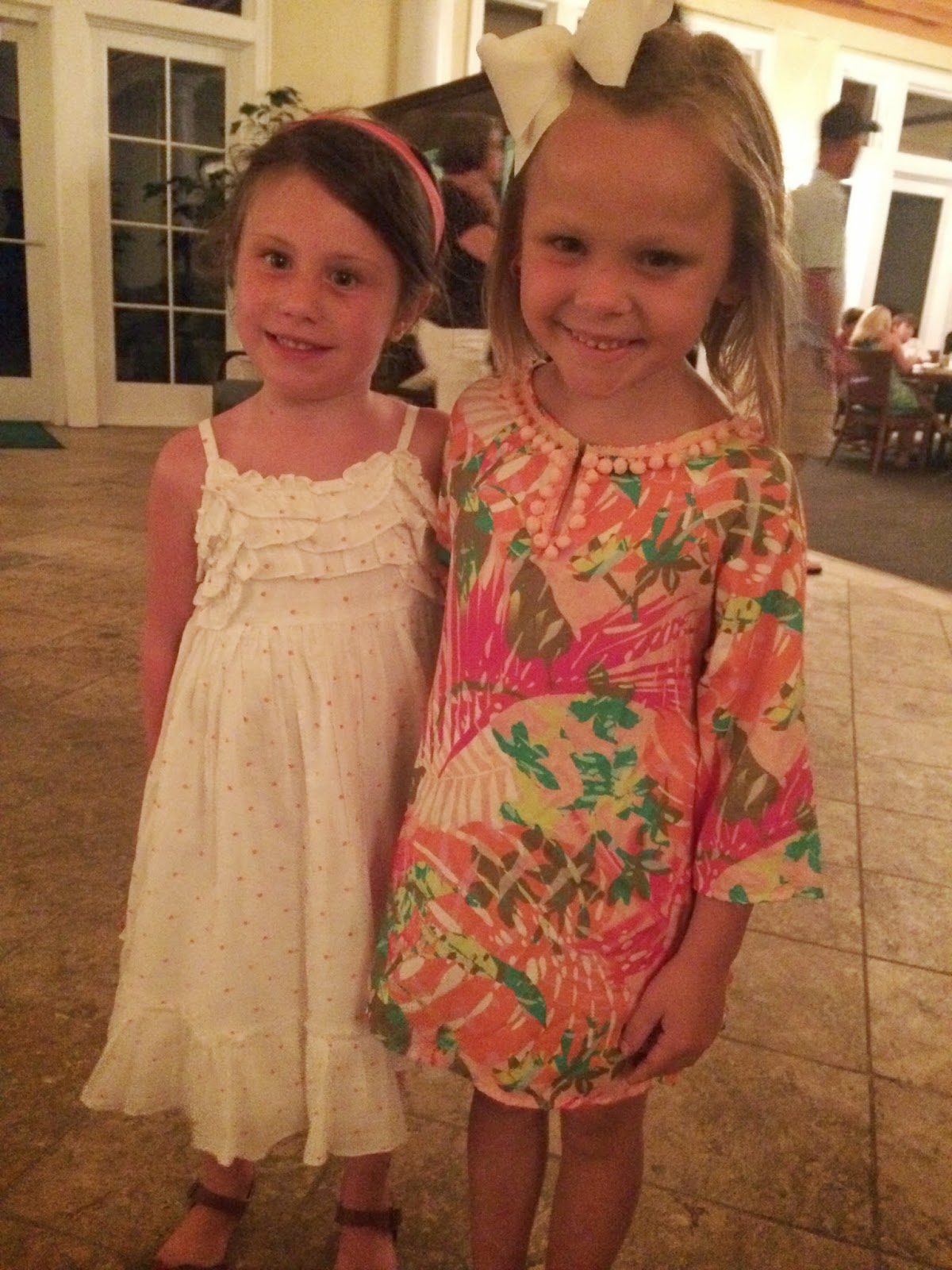 And a pretty cute husband as well! 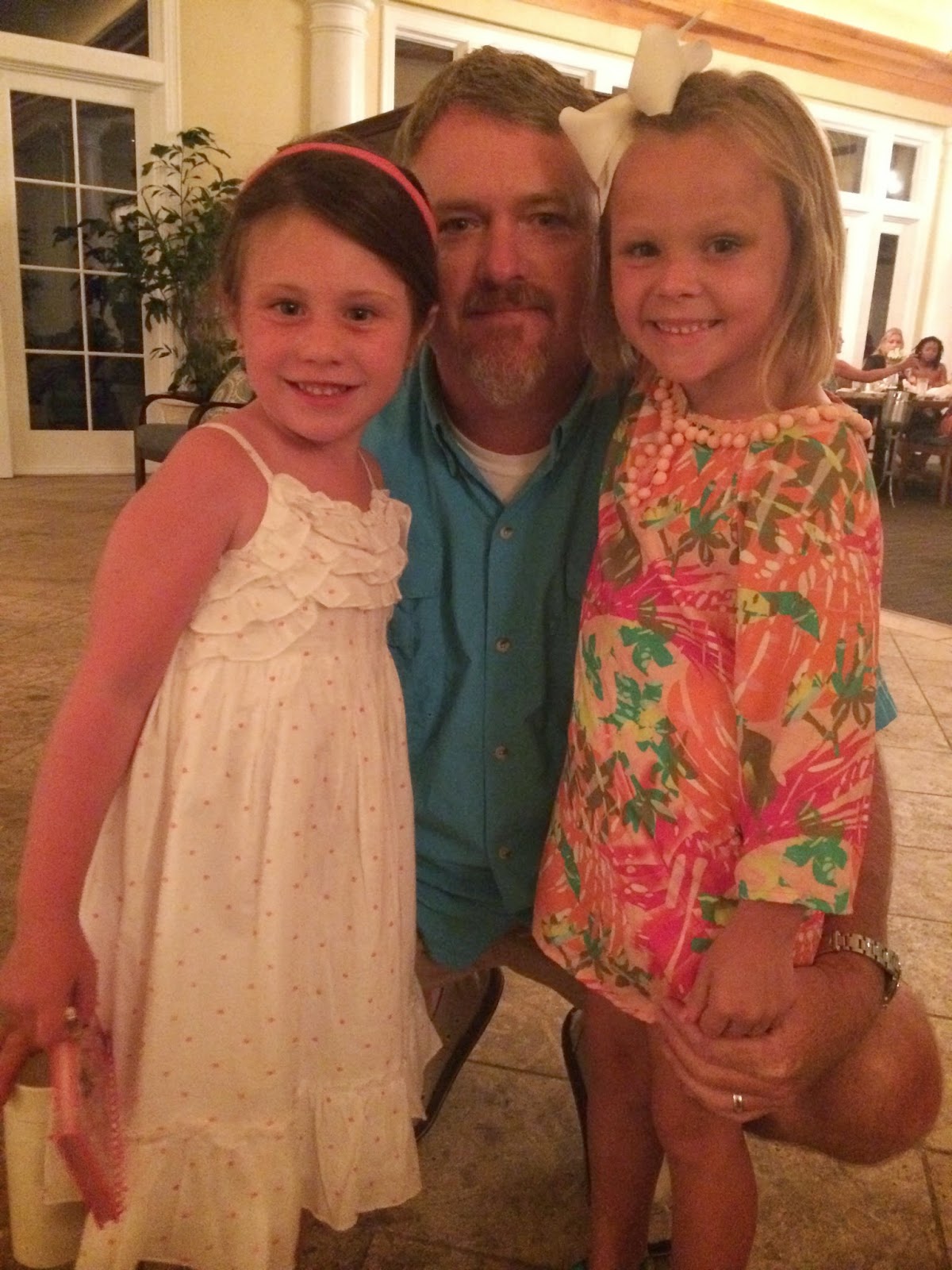 I got sooooo many confirmations while at the beach that a certain someone was there too!  In fact, since I have gotten back to West Monroe, and reality, there has been significantly fewer sightings of the 11's. 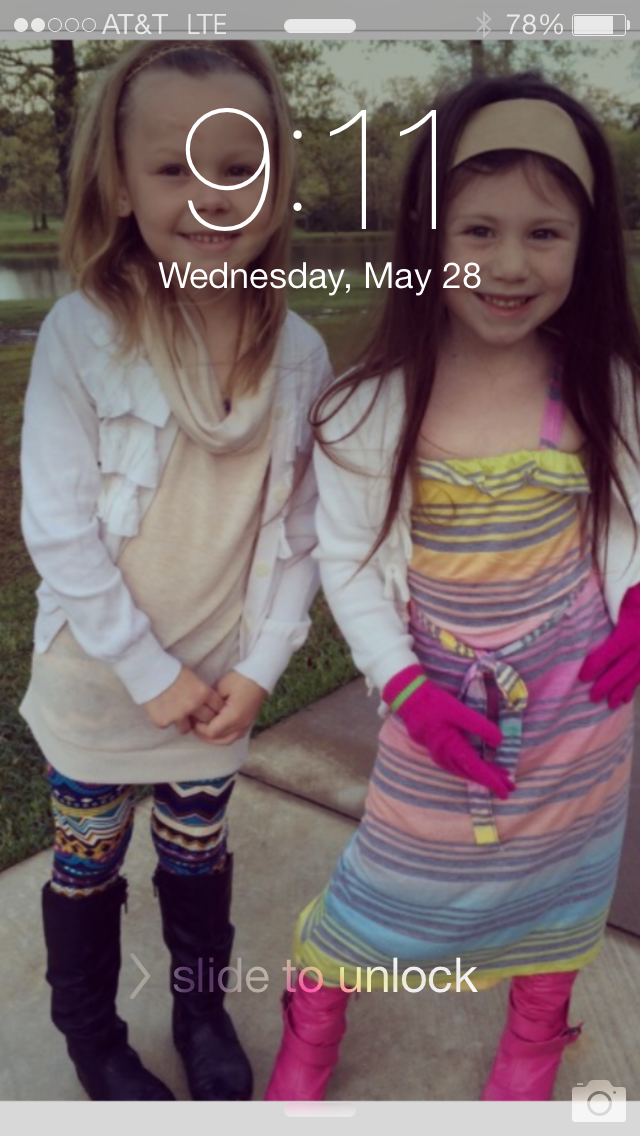 That doesn't mean he's not "around".  It just means there's not much to "say" right now!

Would you look at THIS hunk?! 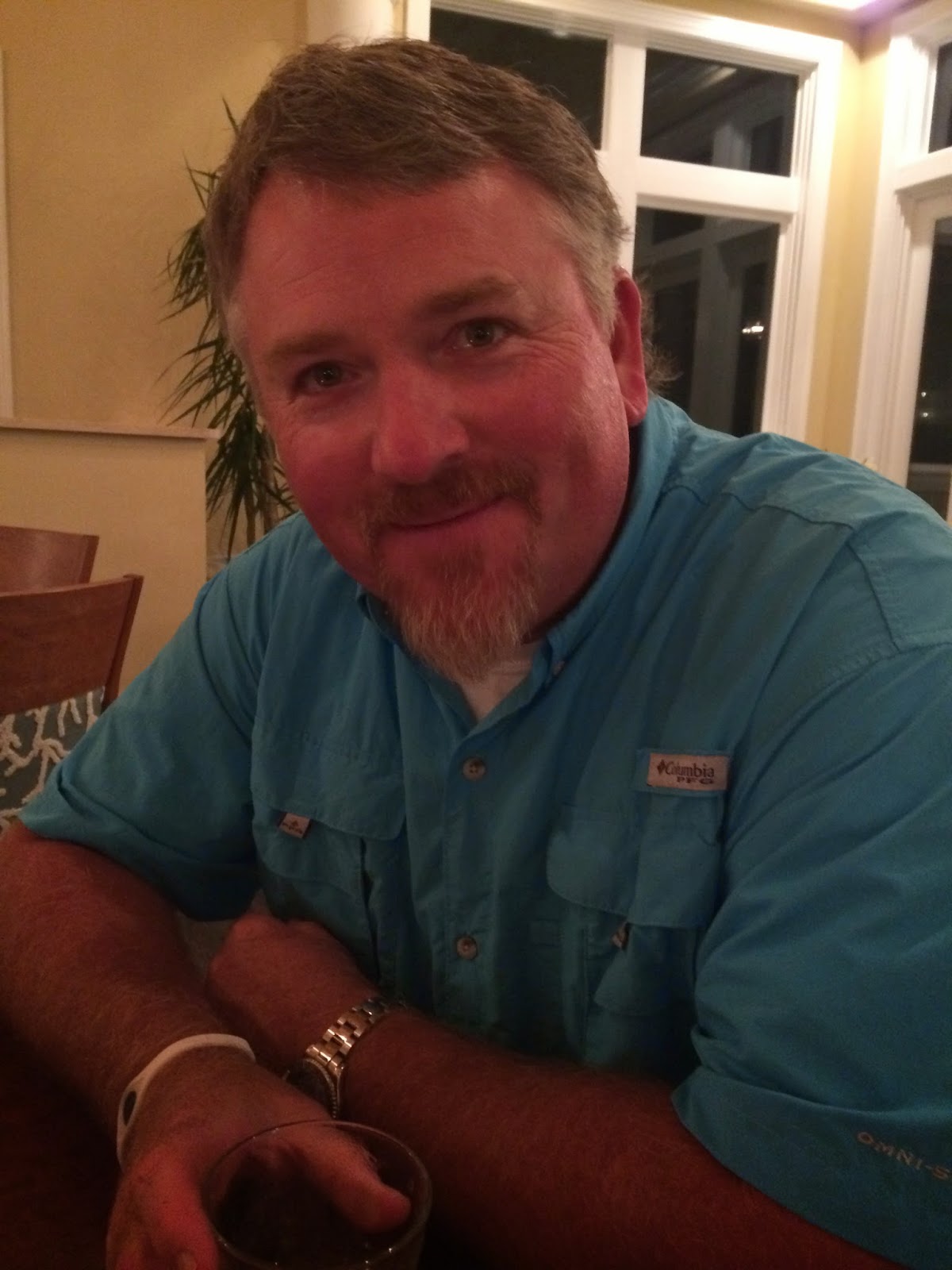 And do you know that as many times as I have been to the beach, I don't think I have EVER been crabbing.  Just NOT my thing.  So glad that on this particular night, Mary Allison decided it would be hers.  She loaded up all the gear, gathered her team, and off they went.  They were only moderately successful. 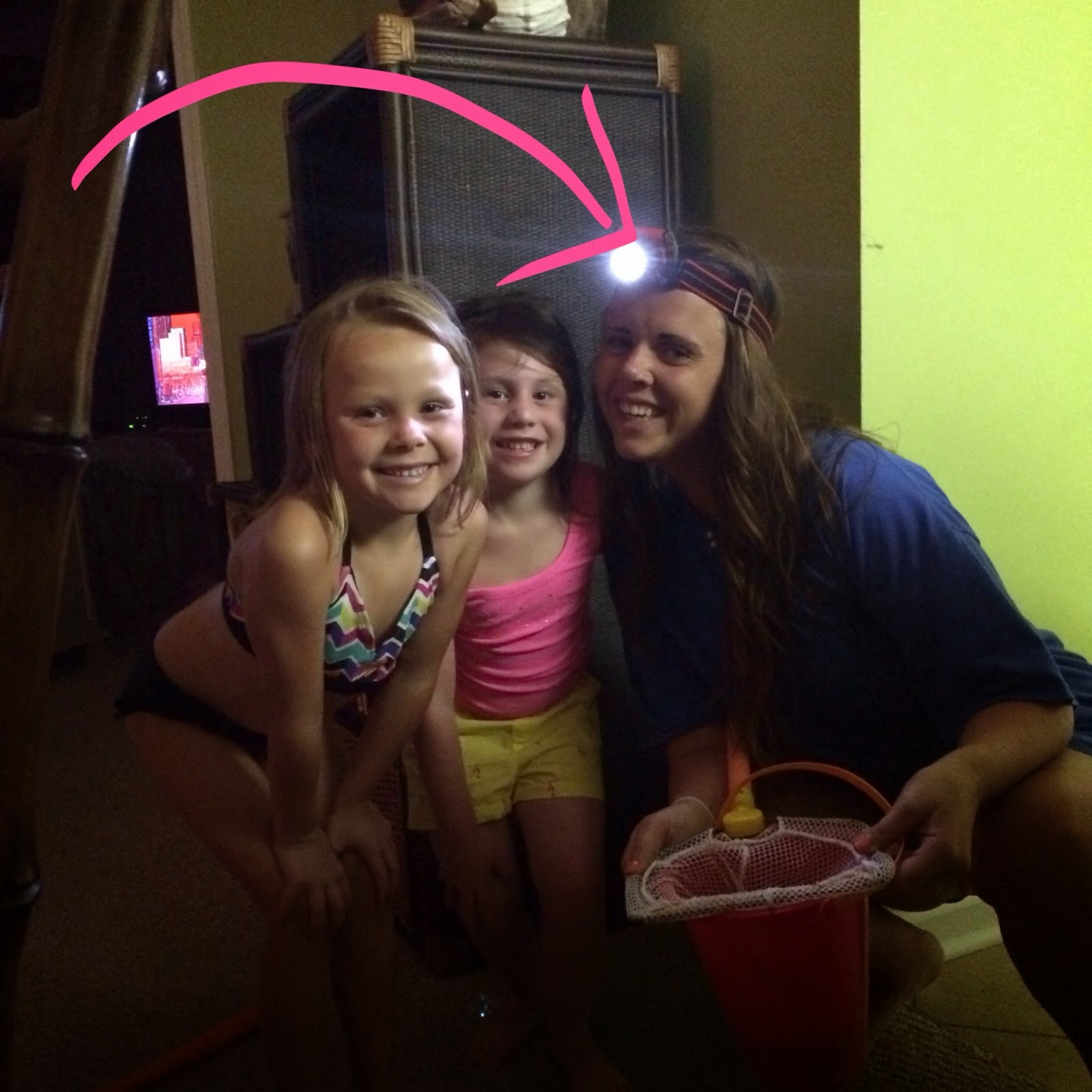 Ok, so this posting is making me a little nostalgic.  I think I'd be fired if I mentioned that I'd like to go back to the beach now!  ha.  Gotta make that living!  And I actually really DID miss my staff and patients.  so glad I get to say that about my job.  Blessed.

I just imagine that you pay your sitters very well from a cash consideration to perks like going to the beach. It is their job to wait on those babies hand and foot! Heck if I didn't live so far away I would go and hang out with them for free!! At home or the beach or anywhere else! I think I would want them separately though.

I would want Ellie when I felt spunky and creative. And I would want gg time when I felt laid back and snuggly. And the beach club looks like a ton of fun. No cheerleading conventions this year??

Did Todd get a haircut or something? Yesterday's pics looked different also just can't pin point it.

What a great time with special memories for a lifetime!

so glad the girls got to go crabbing. I so LOVE it and my kids and grandkids do too. Nothing like a chicken leg tied to a piece of string.......to grab that crab right in.