Ok.  Whew.  I am back in action!  We be having internet probz!  Seriously.  And when that happens, I am at a LOSS.  So, today, I opened up my computer to see if the dang thing is back to normal, and it WAS!! Hip HIp Hooray!  SO, here we go... beach pics!! 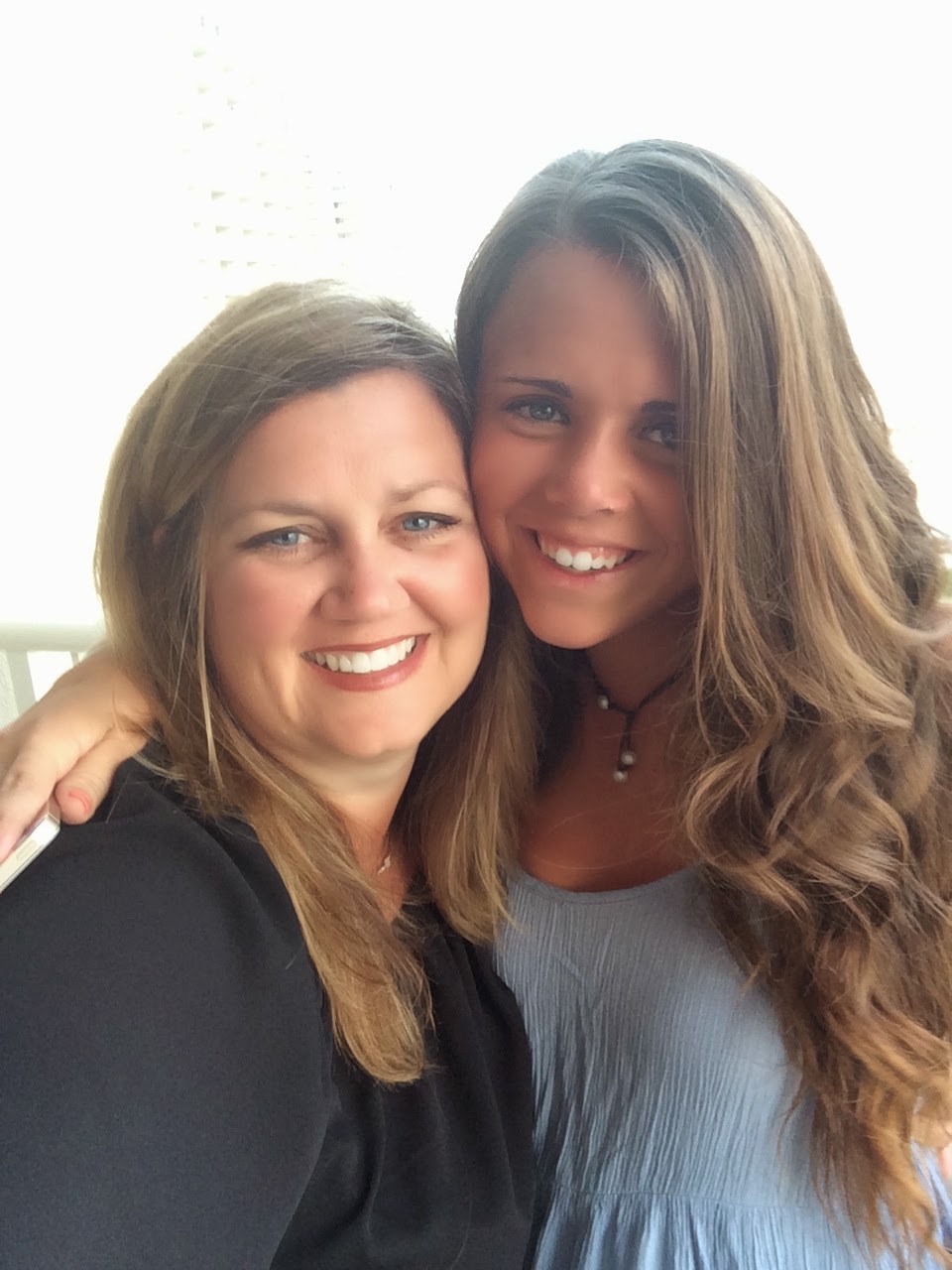 I got so many comments on this picture of me and Todd that I knew it just had to be my profile pic on Facebook!  I particularly like that a) I don't have multiple chins in this picture and b) Todd is acting somewhat normal.  He is not a picture poser, so he will make a crazy face when asked to pose cause he so dislikes it.  This very moment was golden! 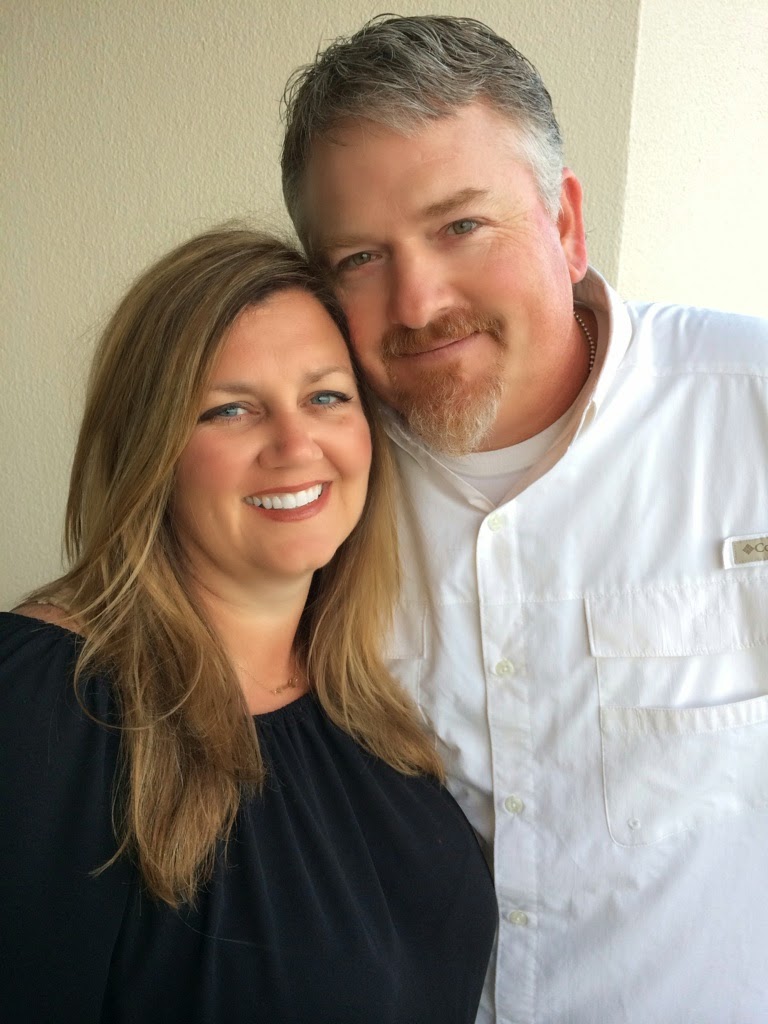 This was our first week at the beach.  We hired great sitters, and because we knew that Todd was only in for a few days initially, and Mary Allison was only hanging around with us for one week, we decided to have a "big people" night on the town.  The little ones got all dolled up and headed out with the sitters. 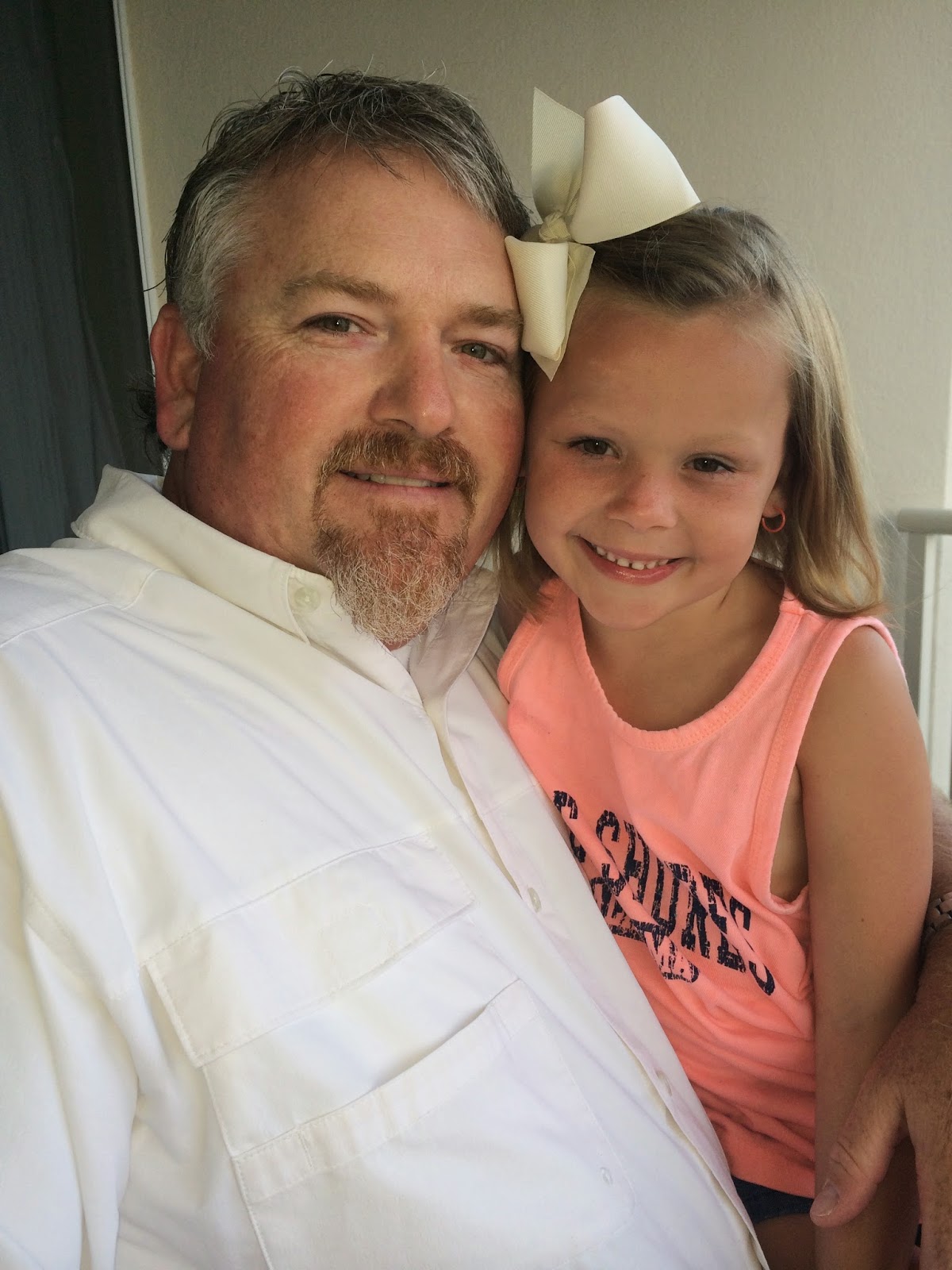 These are pretty sweet pics of the girls with their daddy!  Had I realized it, I would've had them blown up for Father's Day.  Oh well, he liked his new knife! 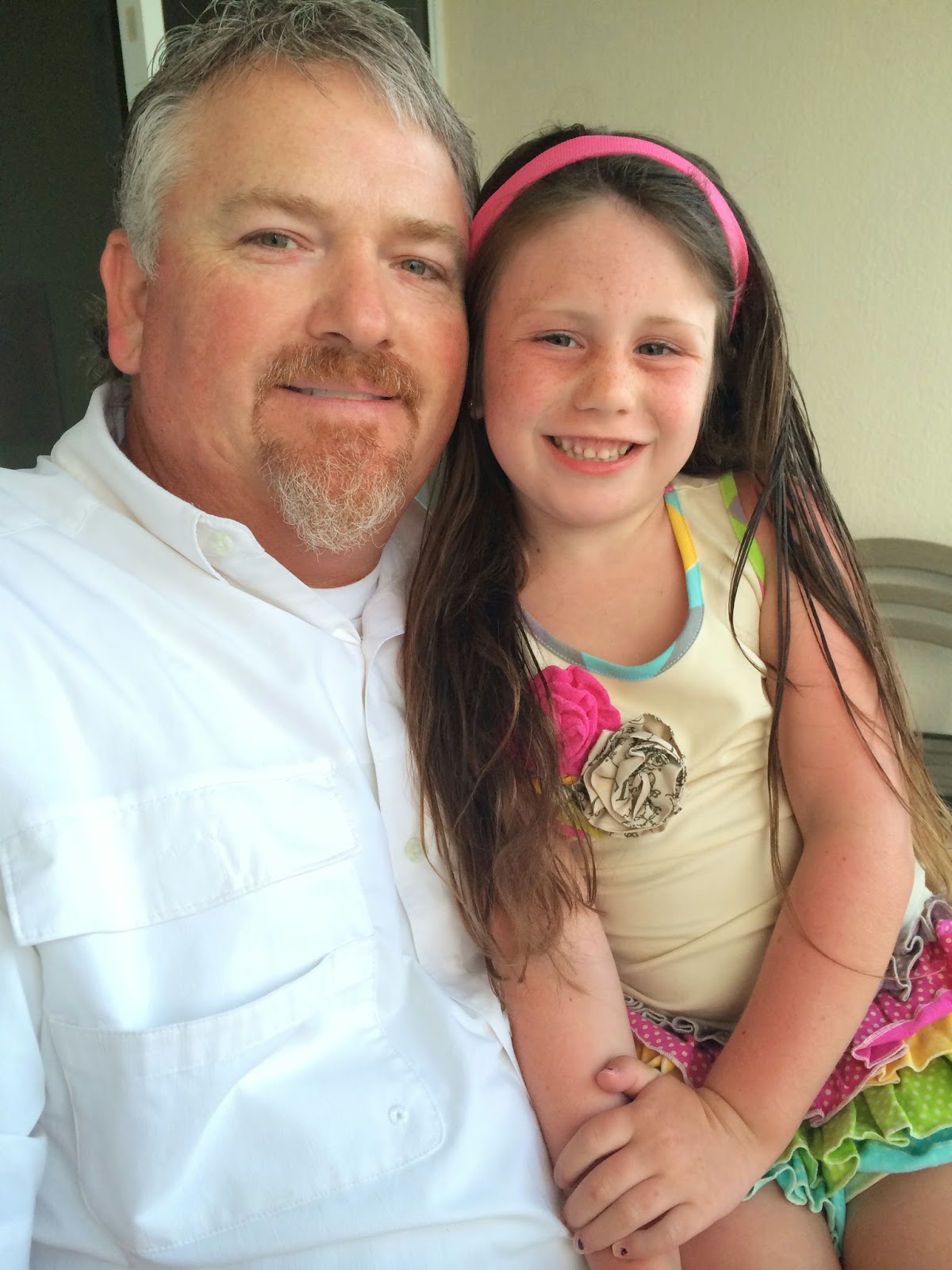 Todd is a girl daddy through and through.  My daddy was too!  He has told me that he only wanted girls.  Of course, what ELSE was he going to tell me?!  ha 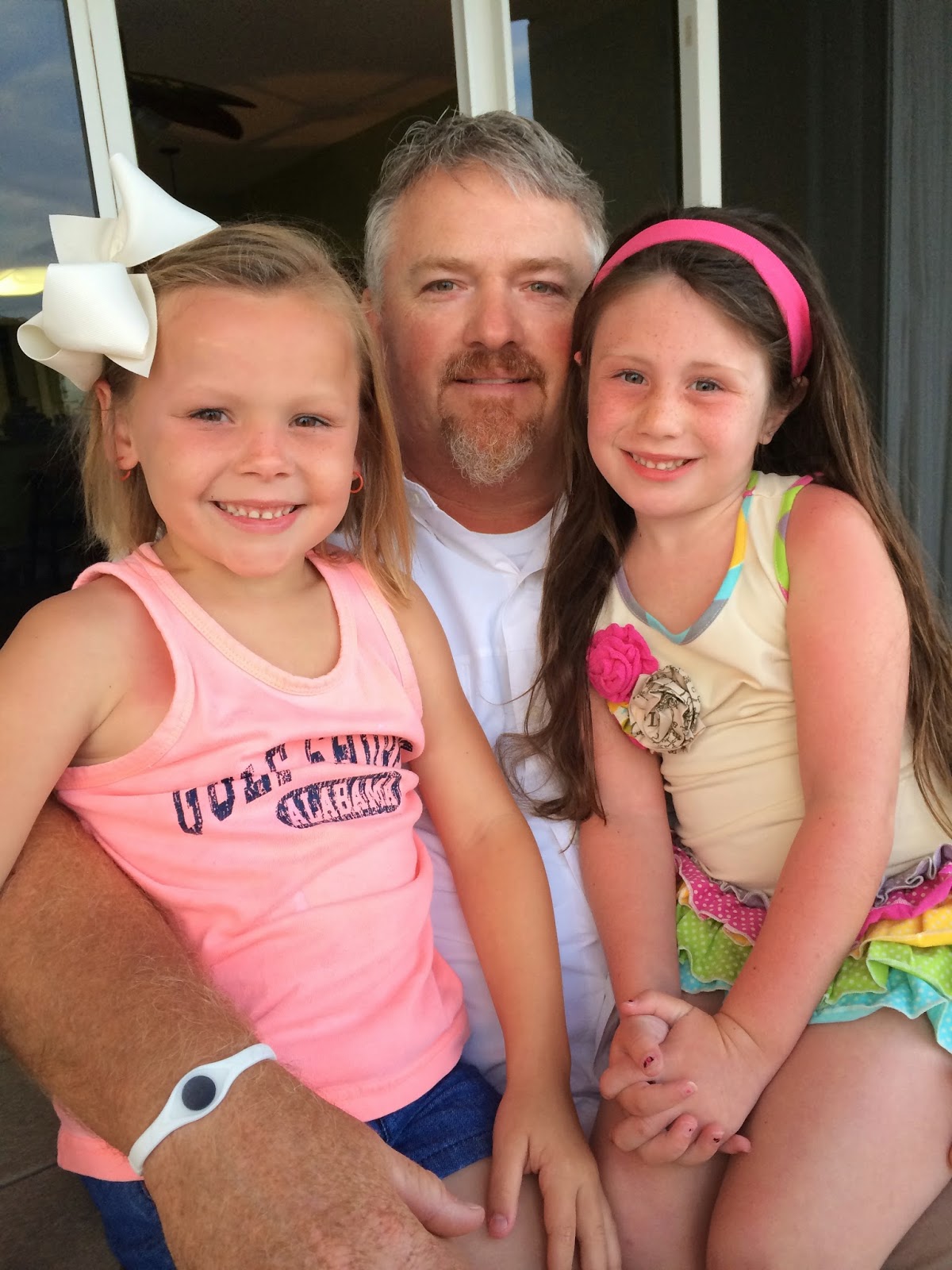 We only paused for a few family photo ops twice on this vacay.  This was the first round.  And it was on the balcony of the condo just before splitting up for dinner. 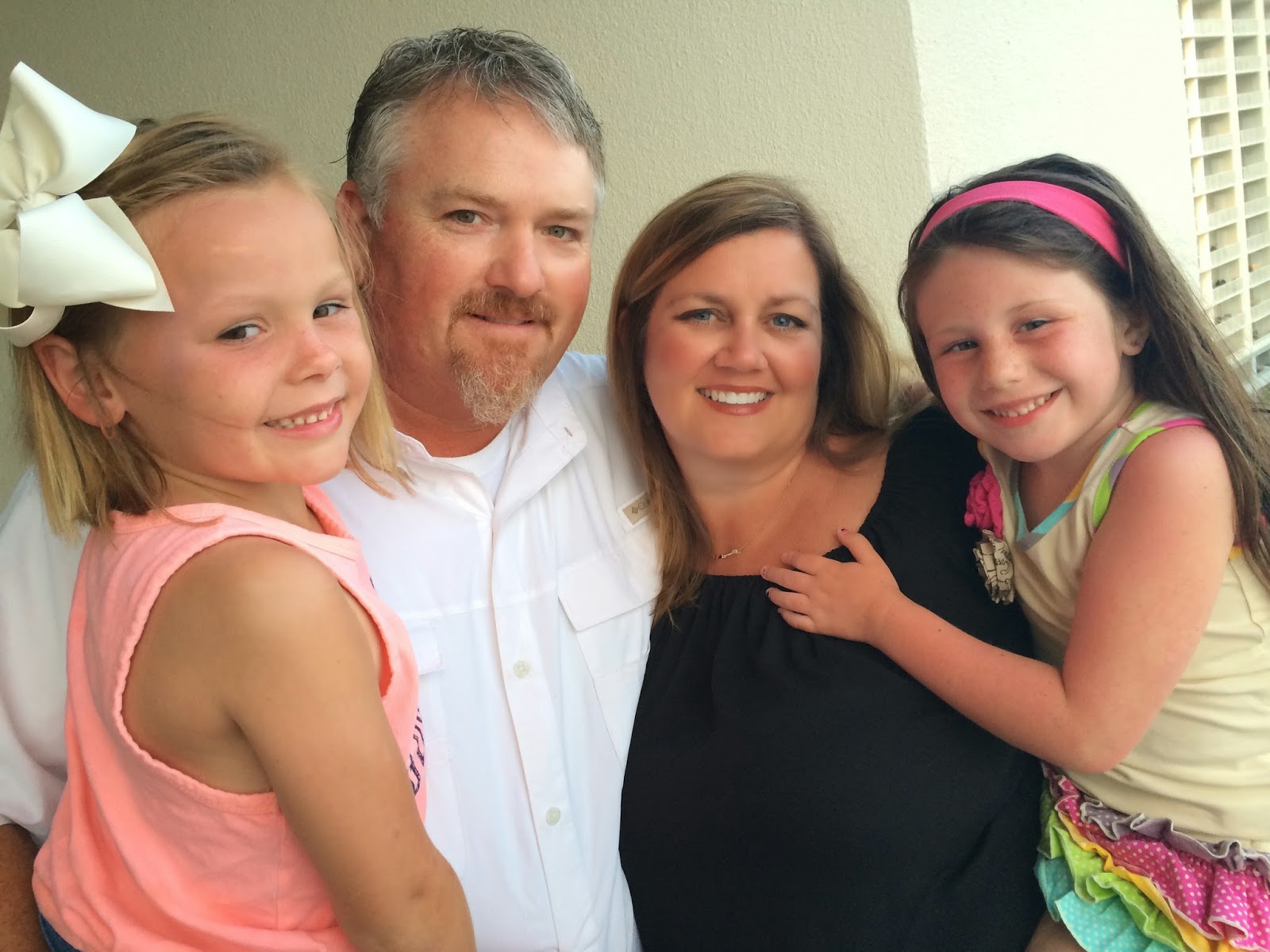 I particularly love this one because it has all three of my girls with us!  Mary Allison is just part of the family.  Period! 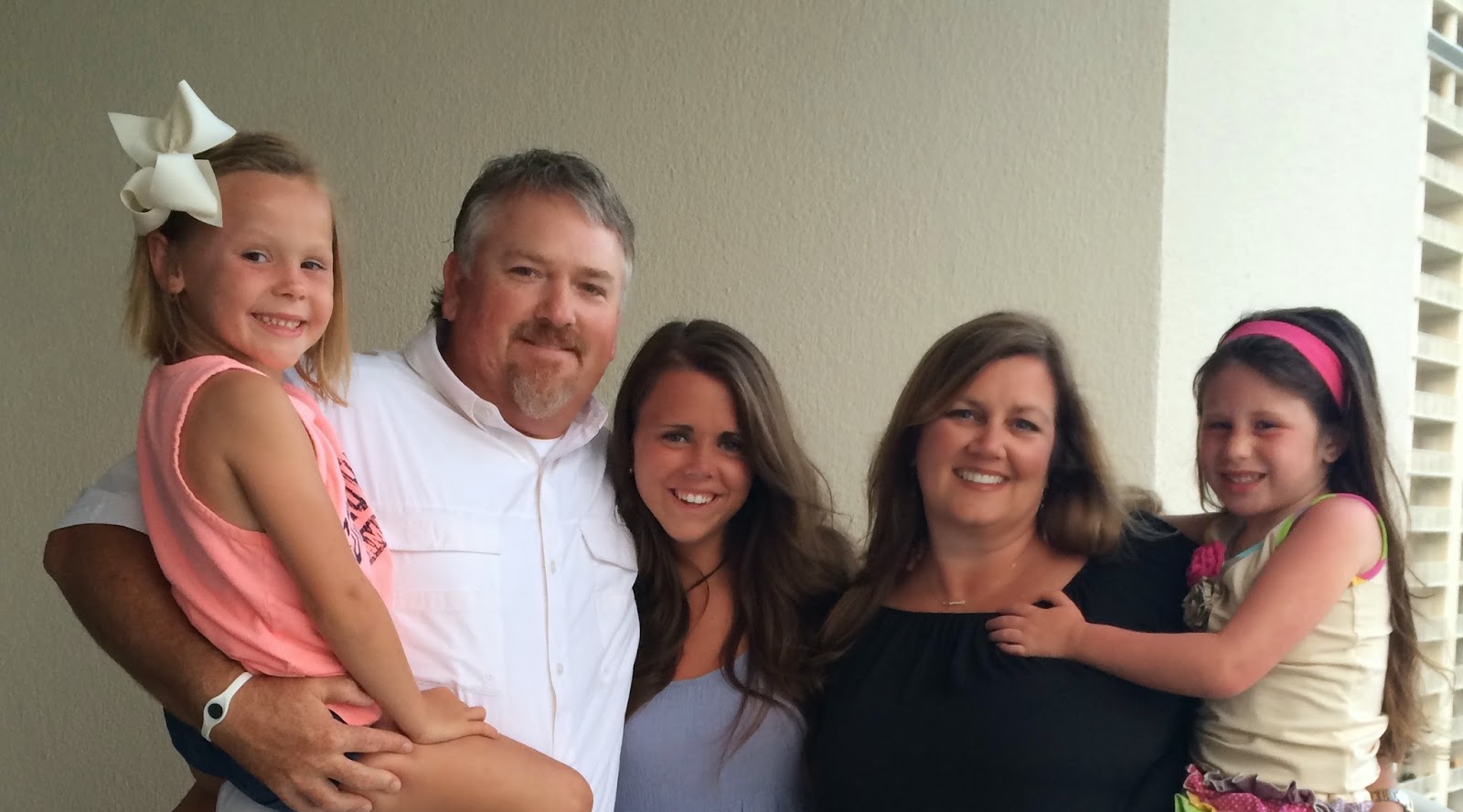 These were our fun sitters for the first week... Sarah and Alex. 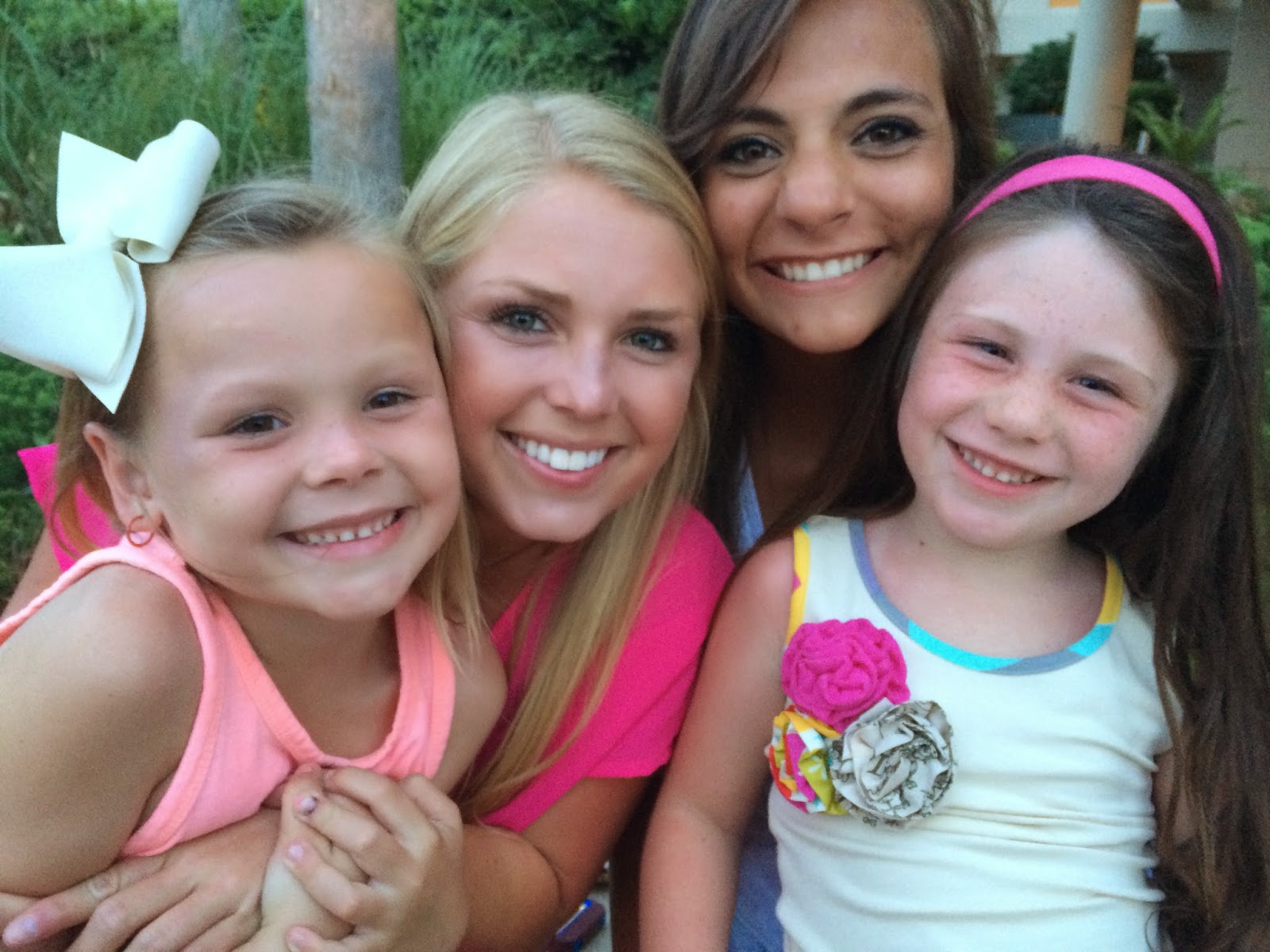 Considering the girls had never really met them, they got along with everyone just fine. 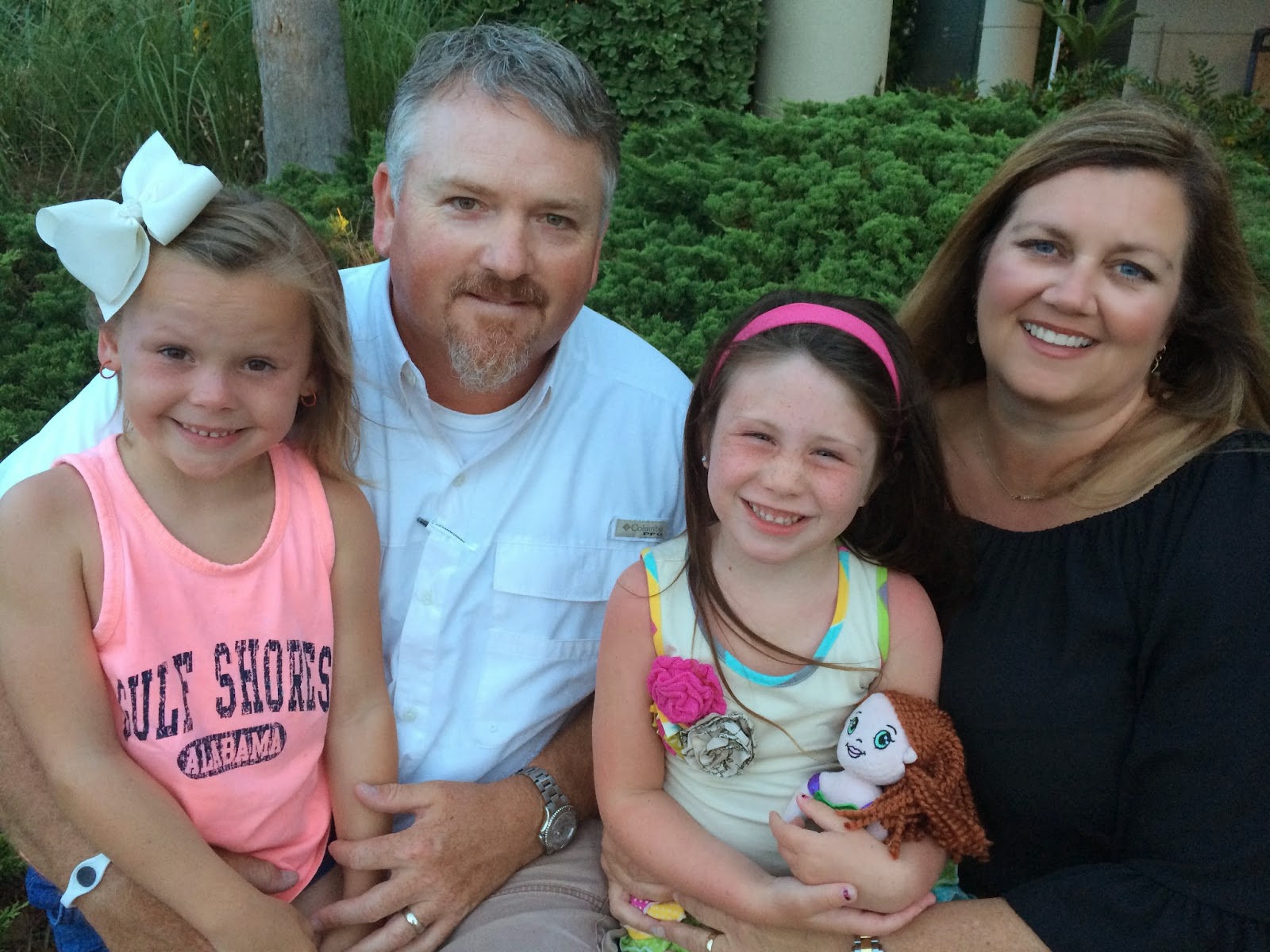 While the girls were whisked away to The Hangout for the first of many, many times, the grown ups went to Acme Oyster House.  It is a new joint in Gulf Shores, and it is really, really great! 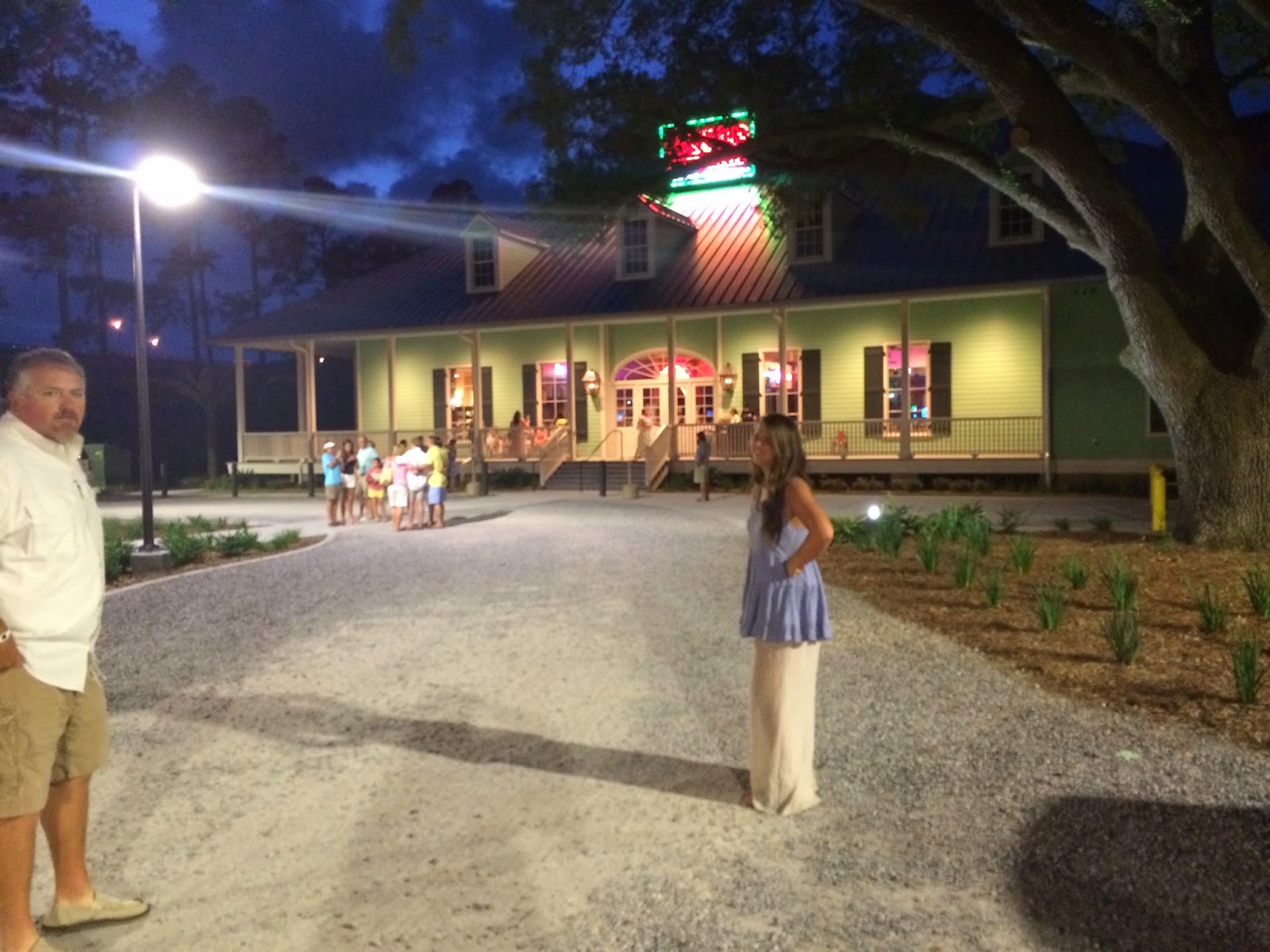 Because it is  new, the crowd hasn't really heard about it yet, so it is easy to get seated.  ANd not only seated, but pretty much wherever you want!  So, we did the back patio... twice!

I also really respect a place that saved this big ol humongous oak!  I have recently bought some land near one of my clinics in preparation for expansion.  Thing is... there is this GORGEOUS oak in the yard!  I need the architect to figure out how to design an L-shaped building because I just DO NOT think I have the heart to cut it down!  I mean, it has a HUGE trunk on it, like this one.  I know, I know... tree hugger! 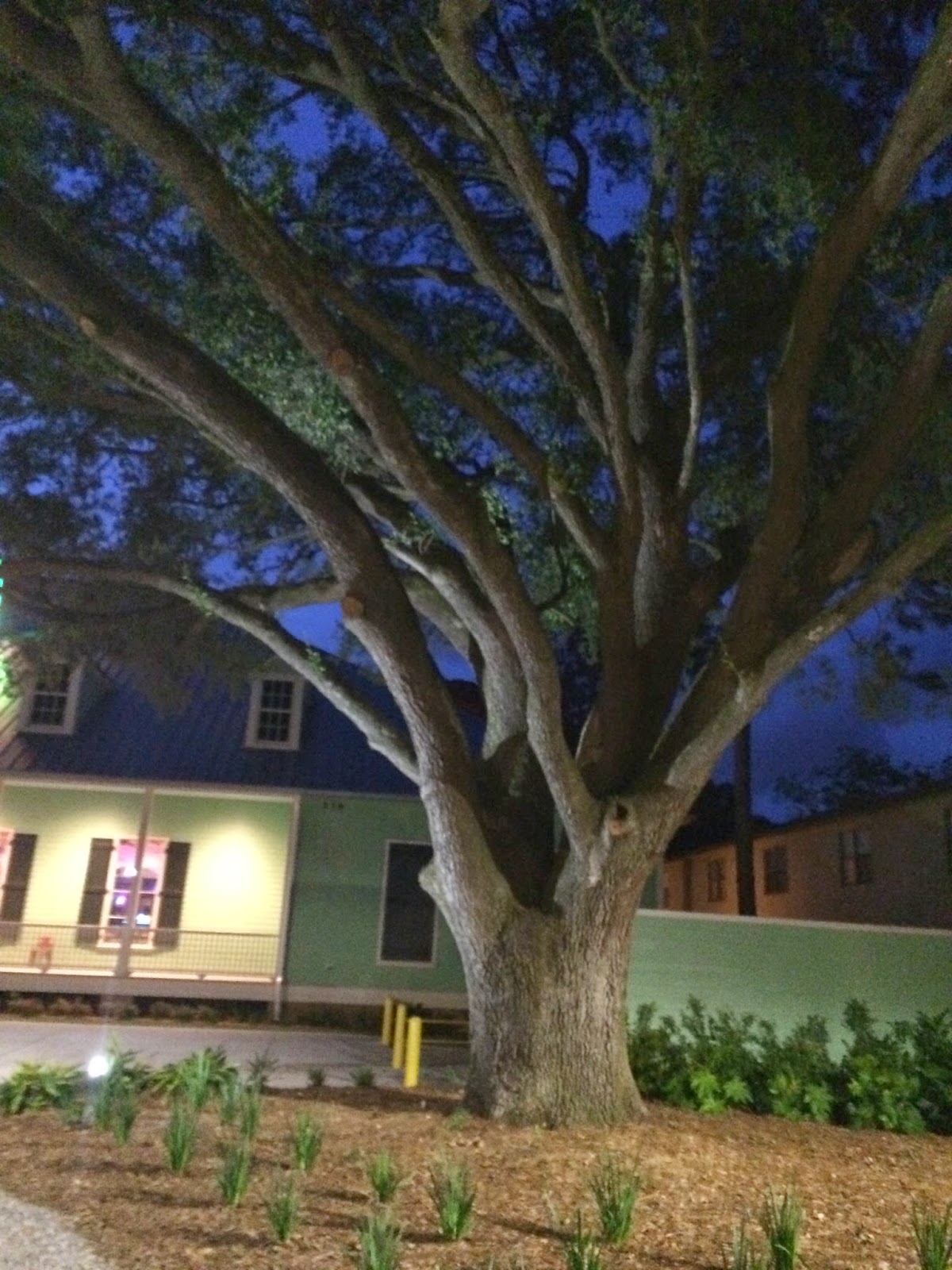 Meanwhile, back at The Hangout... I trained those sitters right!!  They were sending me pics so I could rest assured my kids were in no way scarred from us parting ways and all going to different places for dindin. 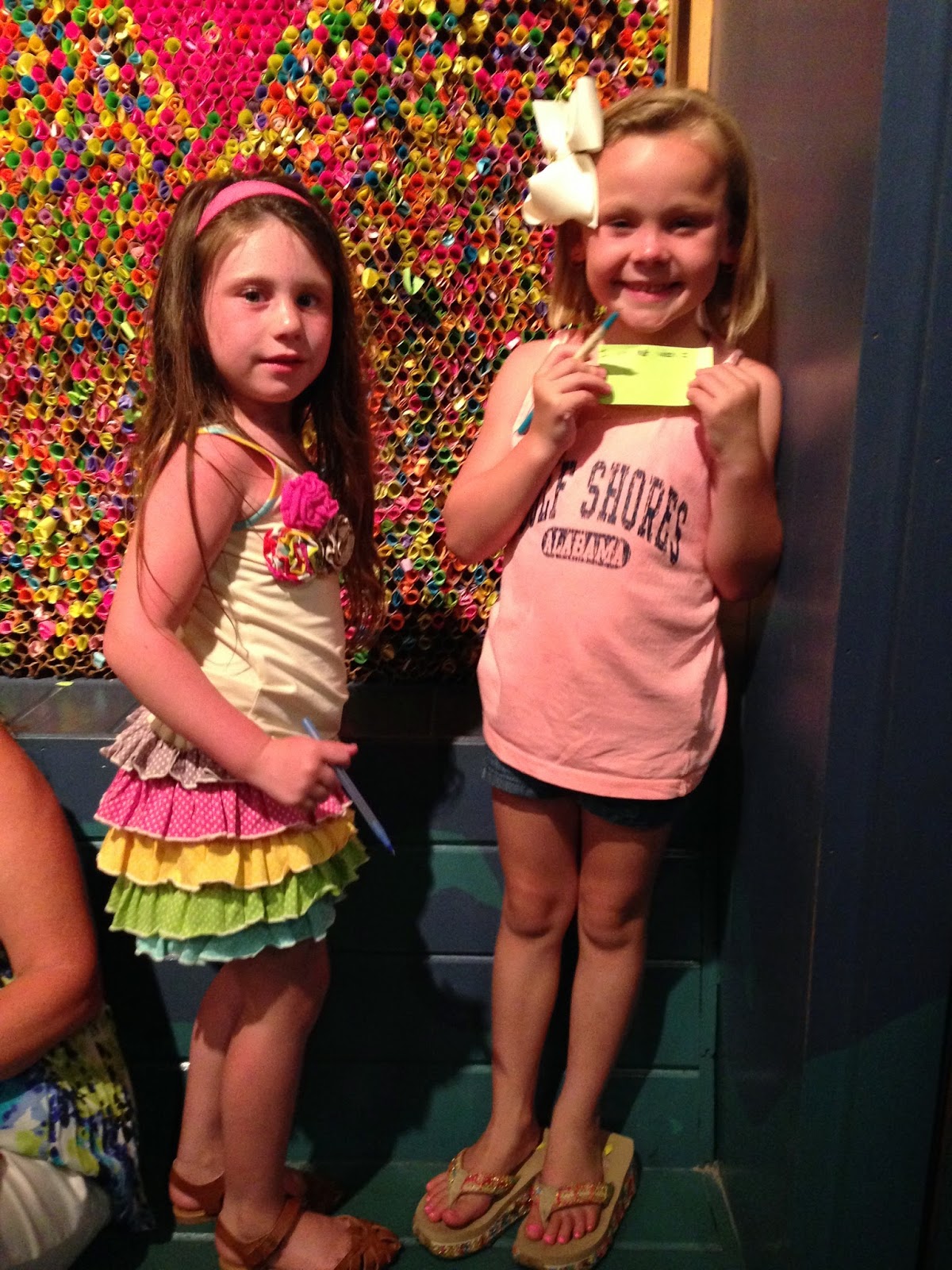 When Suzy was down with me at the beach, she and I actually went to The Hangout WITHOUT kids one night!  It is a super neat place to go should you ever find yourself in Gulf Shores, AL! 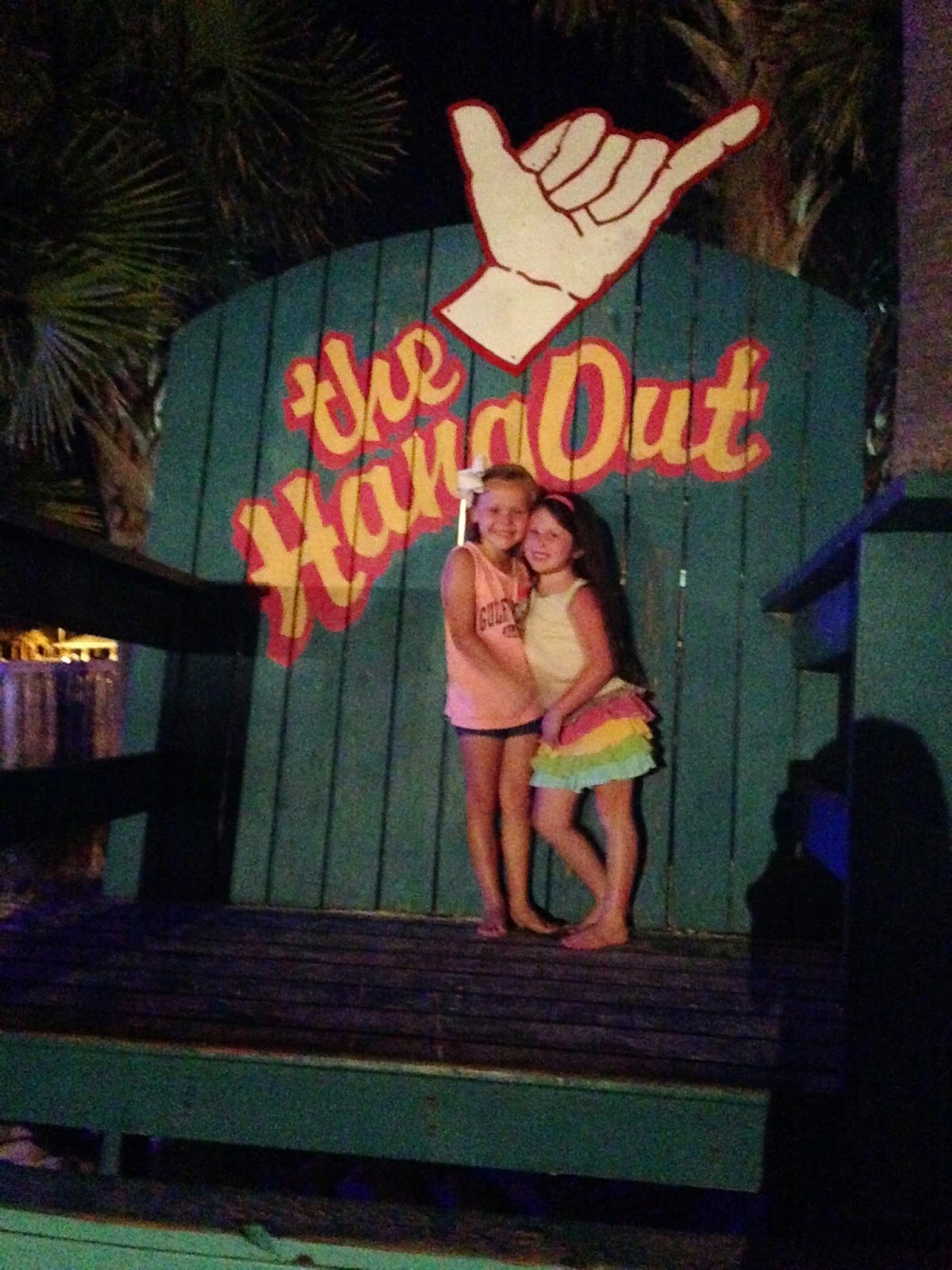 And of course, no night is complete without reuniting at the Henna tattoo booth inside the souvenir shop. 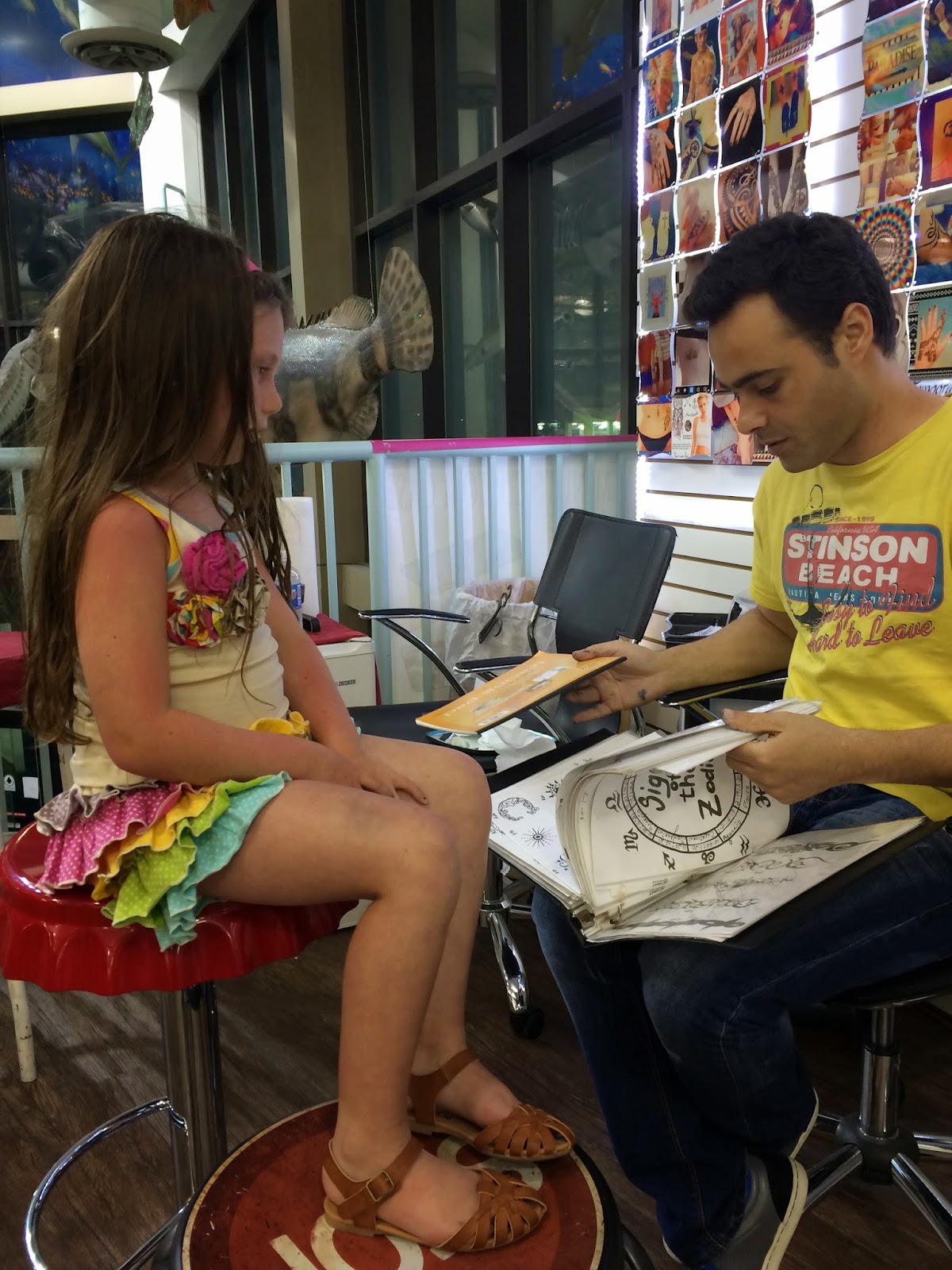 Gabbi went with a butterfly. 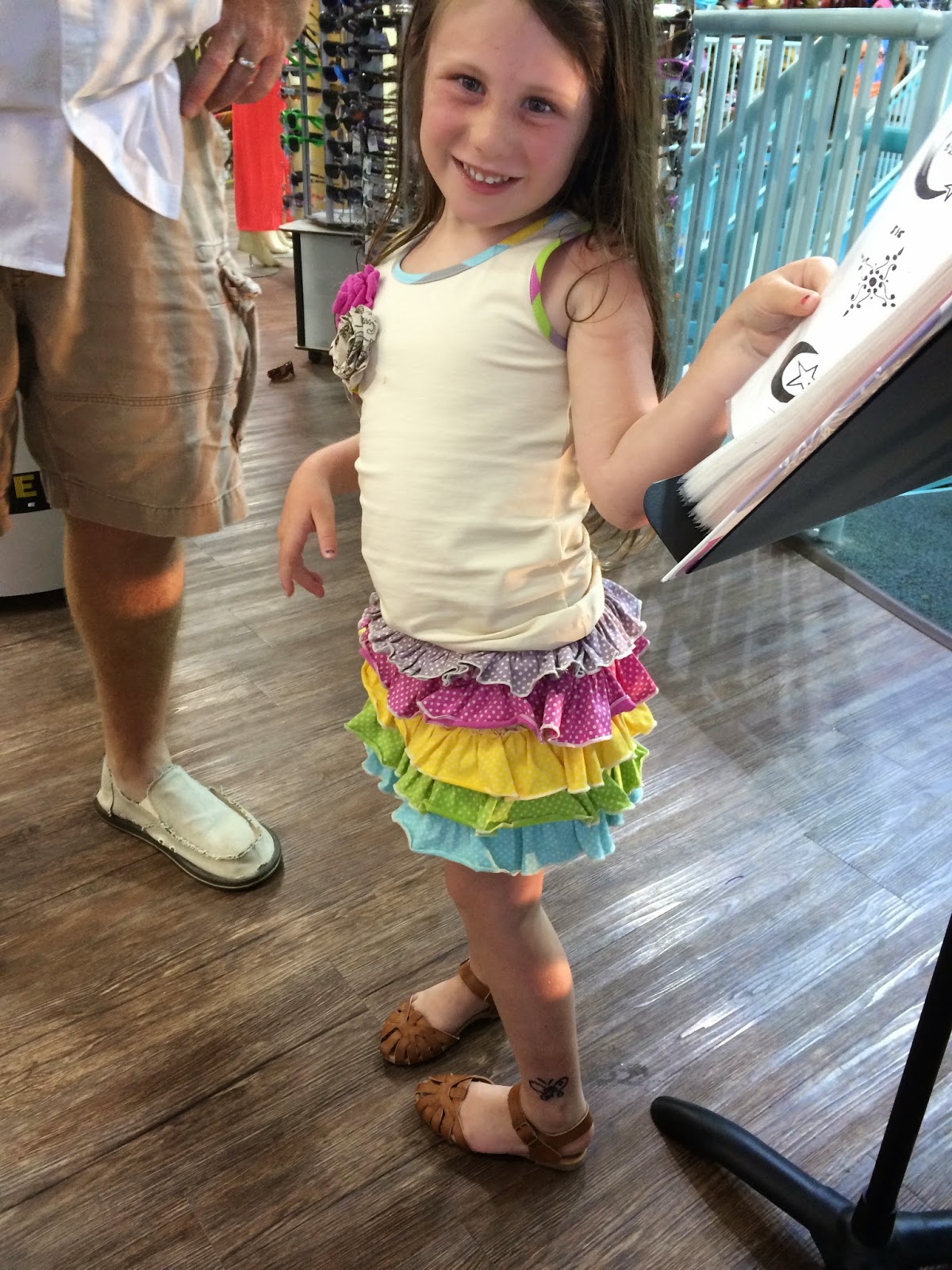 Ellie did four little vertical marks, cause she knows that if I ever got a tat, this is what it'd be.  This is how Jake signed his name for his own medical procedures, as in J.A.K.E... but because he was only 2 when all of the began, he'd just do 1.1.1.1... as in vertical lines on the medical release forms at St. Jude.  And of course, if you look at it a little more closely, you also see that it becomes 11:11.... and thus the perfect ink for his Aunt Mo! 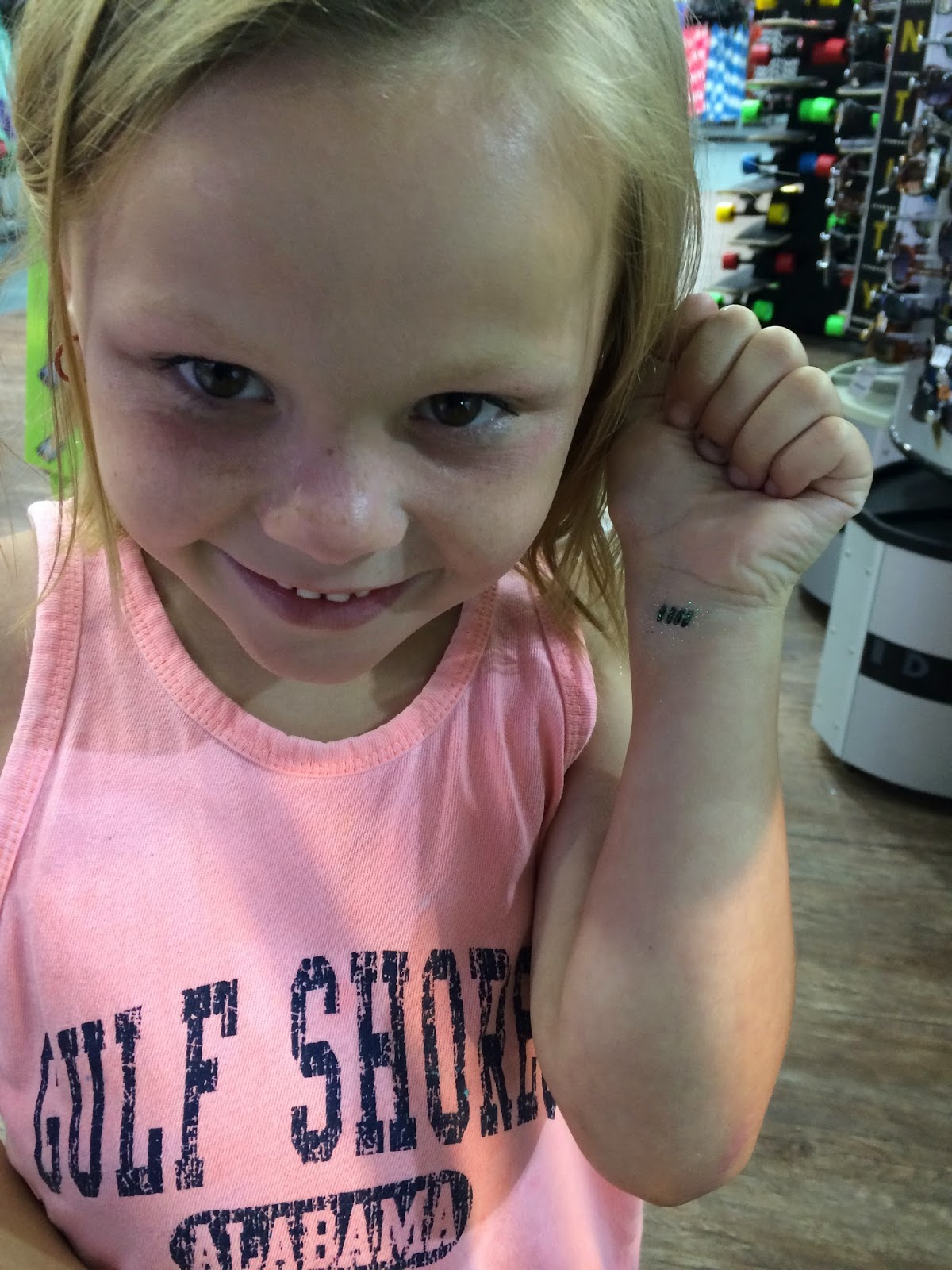 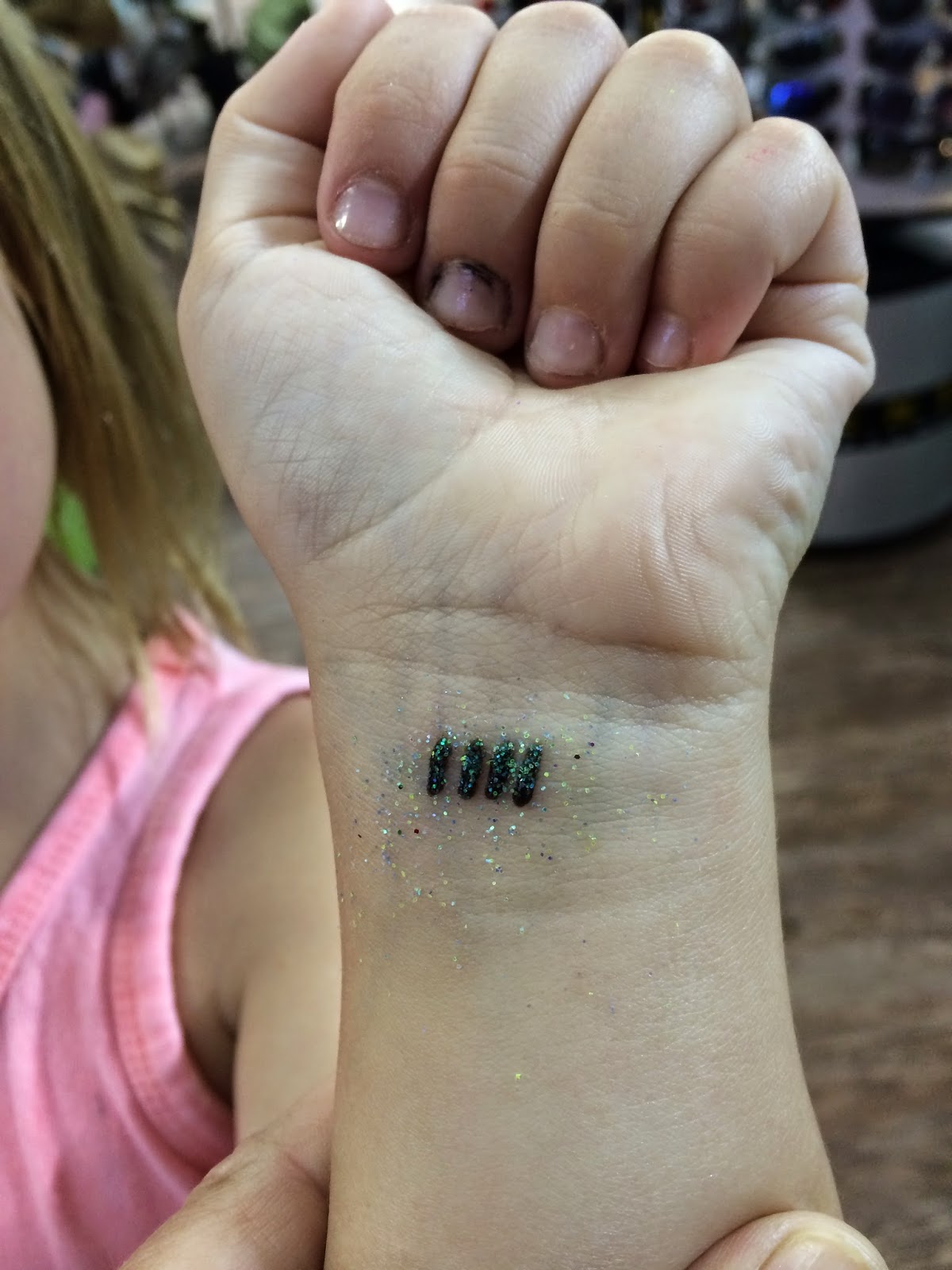 I'm working on the curriculum for the Mother/daughter class or the participant/ friend class as it may be... really, either would work.  It's a good way to get to come to a retreat for considerably less expense.  It's $500 for the first one and $250 for the second.  That will include all the supplies and all but one meal.  And your housing for the weekend!  Let me know if you think you might be interested.  Email me at mojoy@att.net

I'll be posting details of the projects sometime this week!
Have a great week.
MO
Posted by melanie, aka Mo at 5:21 PM

Great pics. Especially like the one with you and Todd.

That is a great picture of you and Todd the bod! Of course, him being goofy is always a treat, it's nice to see he can be "normal" too. That tattoo 1111 was so cool. It gave me chills and then a big smile thinking of that sweet Jake baby. He was a doll. Love seeing the beach fun. Everyday with MO seems fun!

Love me some Hangout! Funnest place on the beach!

Couple of pics worthy of canvases in there.