A day on the mountain 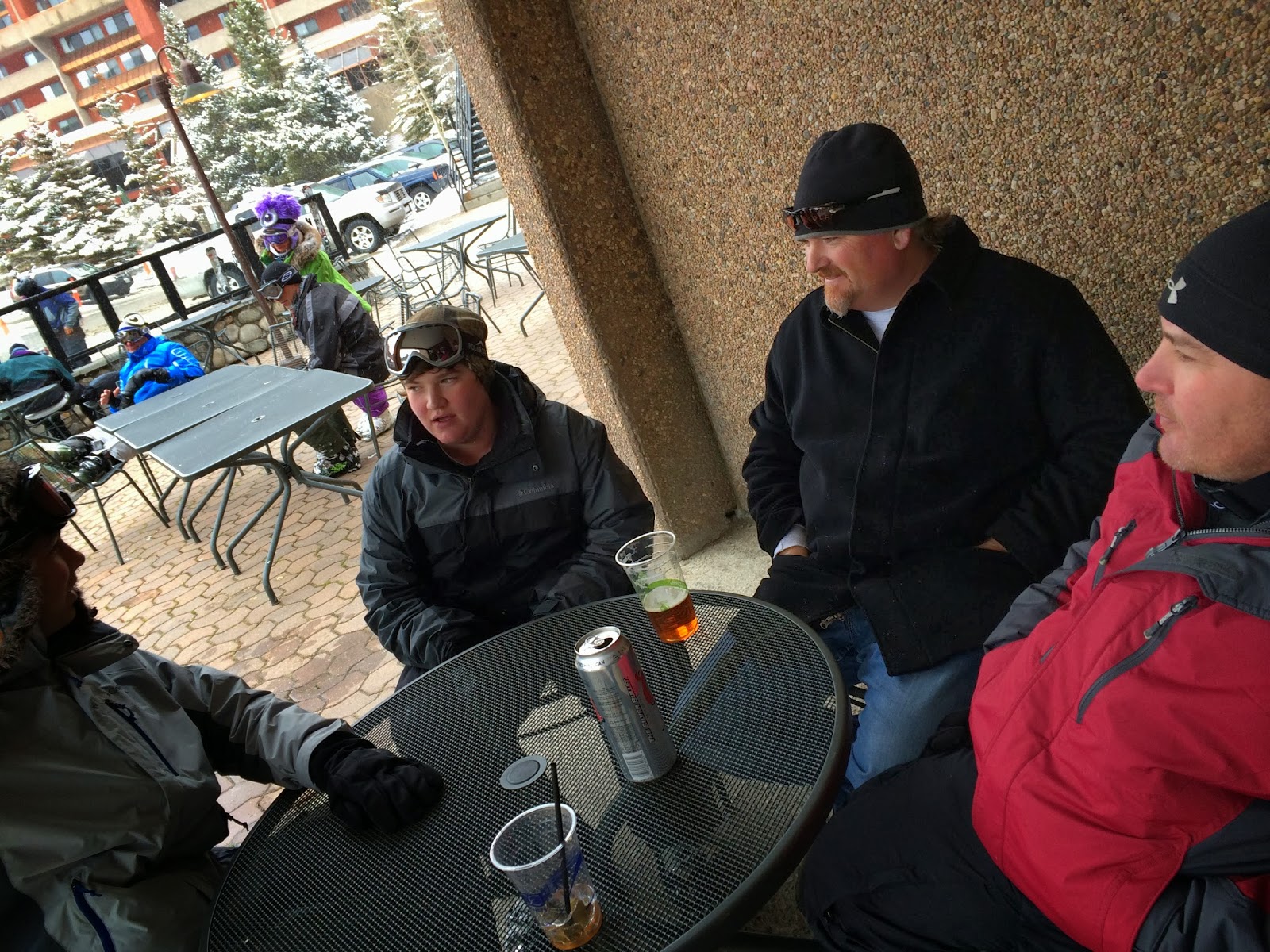 Have I mentioned that our friends from West Monroe are here and have the room directly across the hall from us?!  Well aside from a chance run in at a restaurant, this is the one and only time we have seen them in Breckenridge.  That's fairly odd, I'd say. 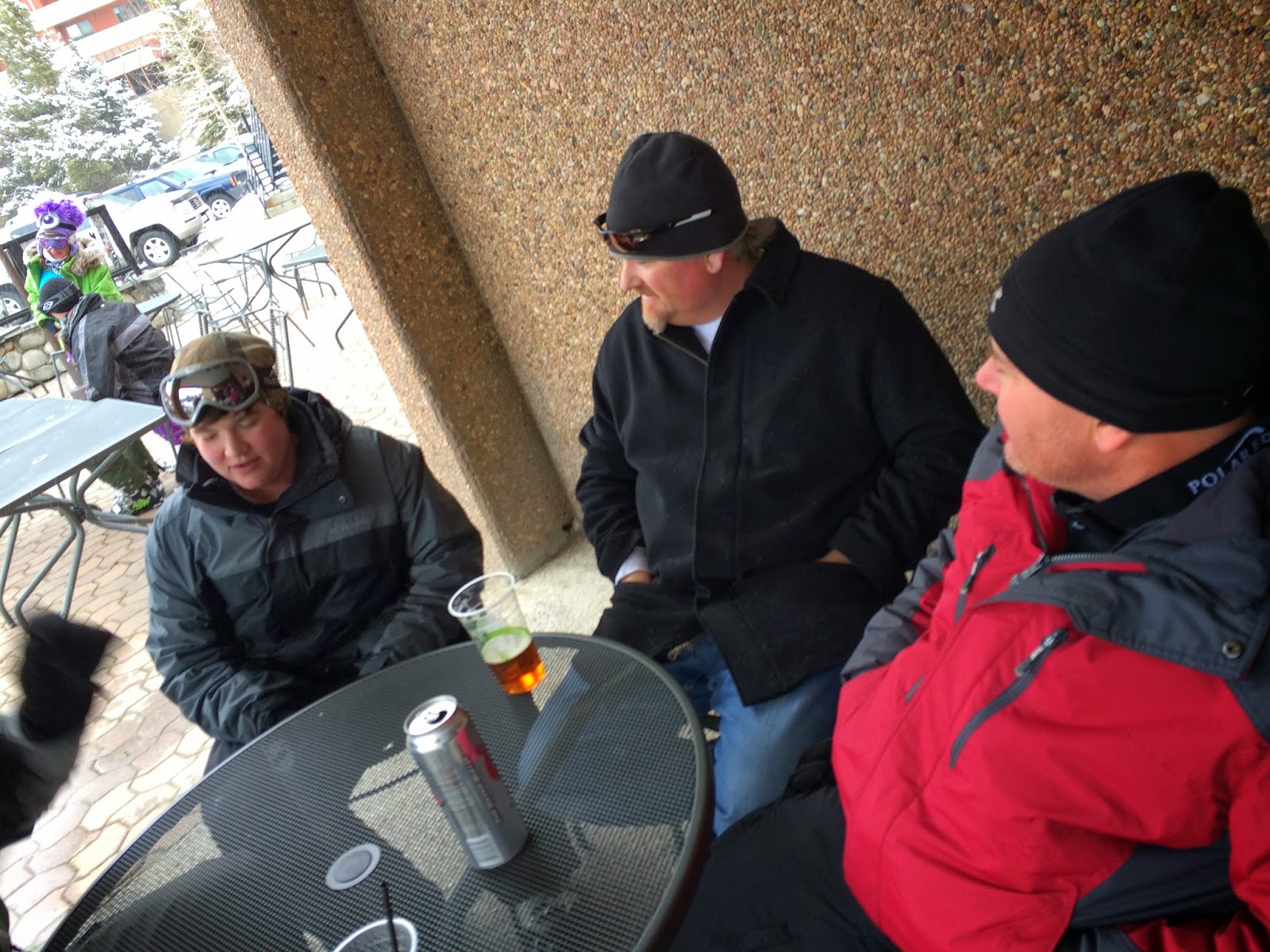 This was one day after skiing, when Todd and I had a few minutes to kill since we were waiting for the girls to finish up in ski school.  (more on that tomorrow). 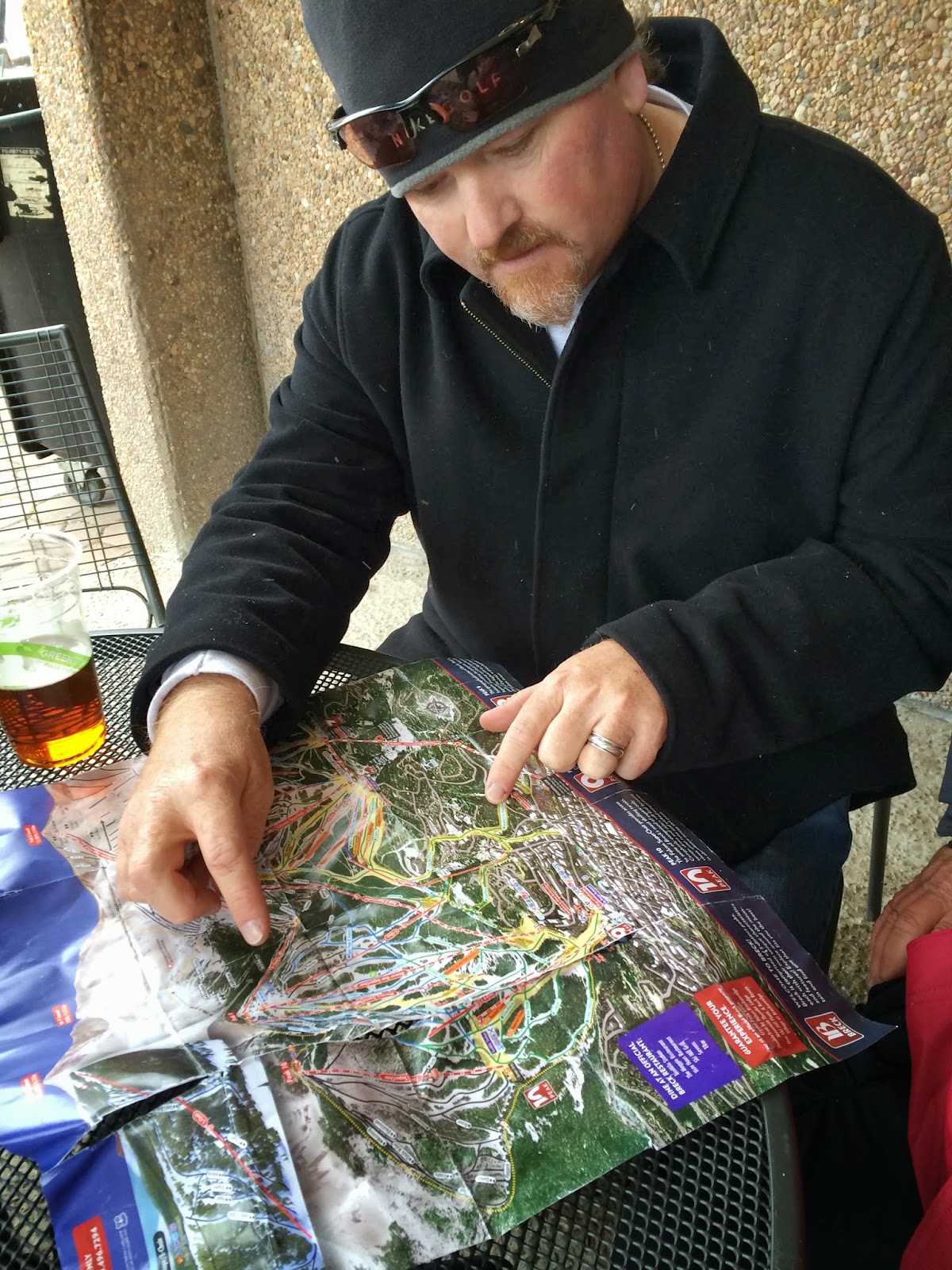 I'm pretty sure this was at Beaver Run.  But, heck... I have no idea.  Todd makes his way around "Peak 8" and "Snowflake Lift" and "The Cedars" and... like he lives here.  I just sort of sander along behind the group, not ever exactly sure where we are going.  But, as long as it ends up with something like this, I'm good! 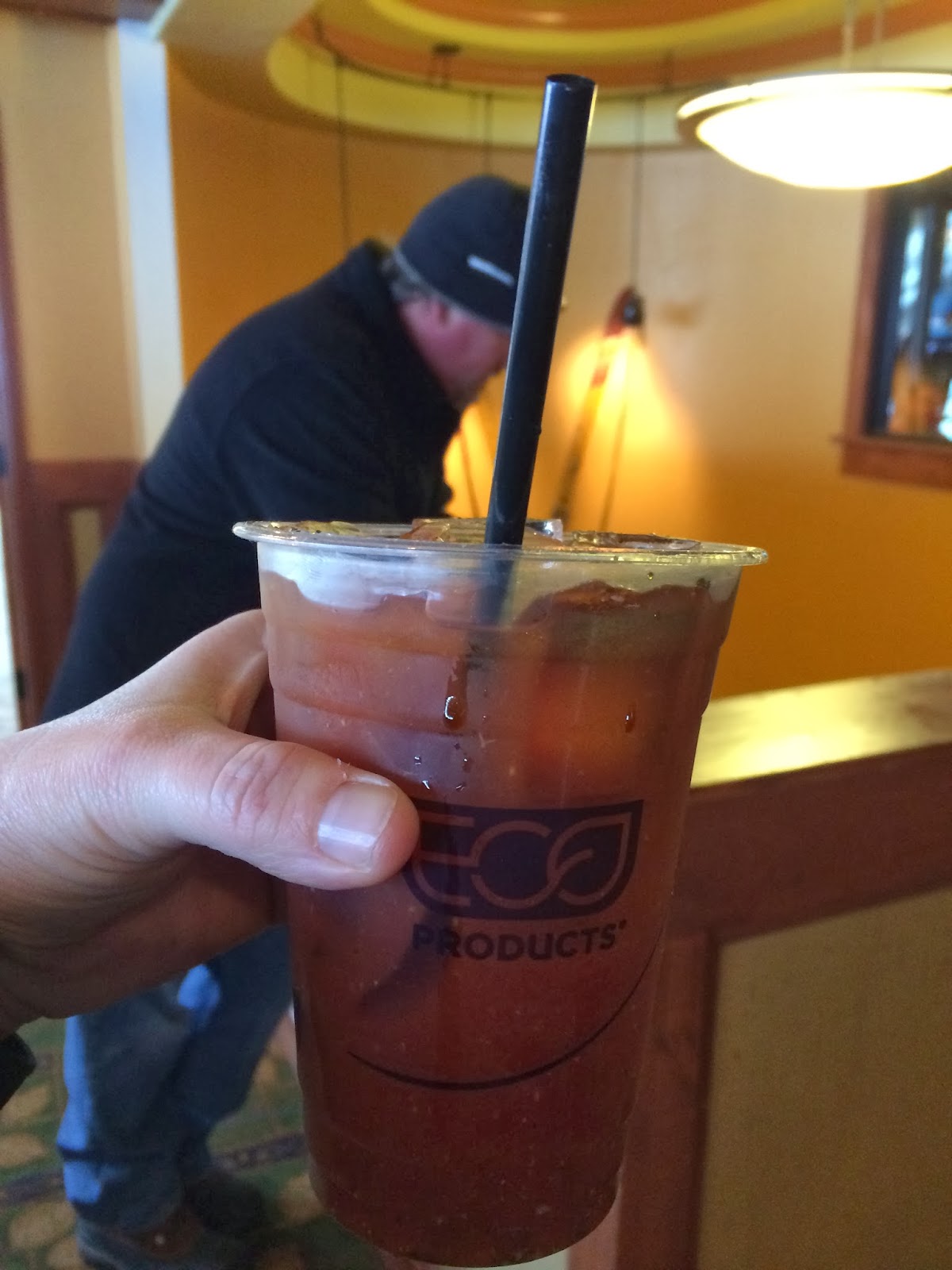 Bloody Marys... before lapband and chronic reflux, my favorite drink!  Now, about 2-3 times a year!

So, this is inside the restaurant/ bar area.  It's like what you see on the movies, i.e. Dumb and Dumber.  Didn't they head inside one of these?!  Or am I crazy?  I think I could spend all day inside, people watching! 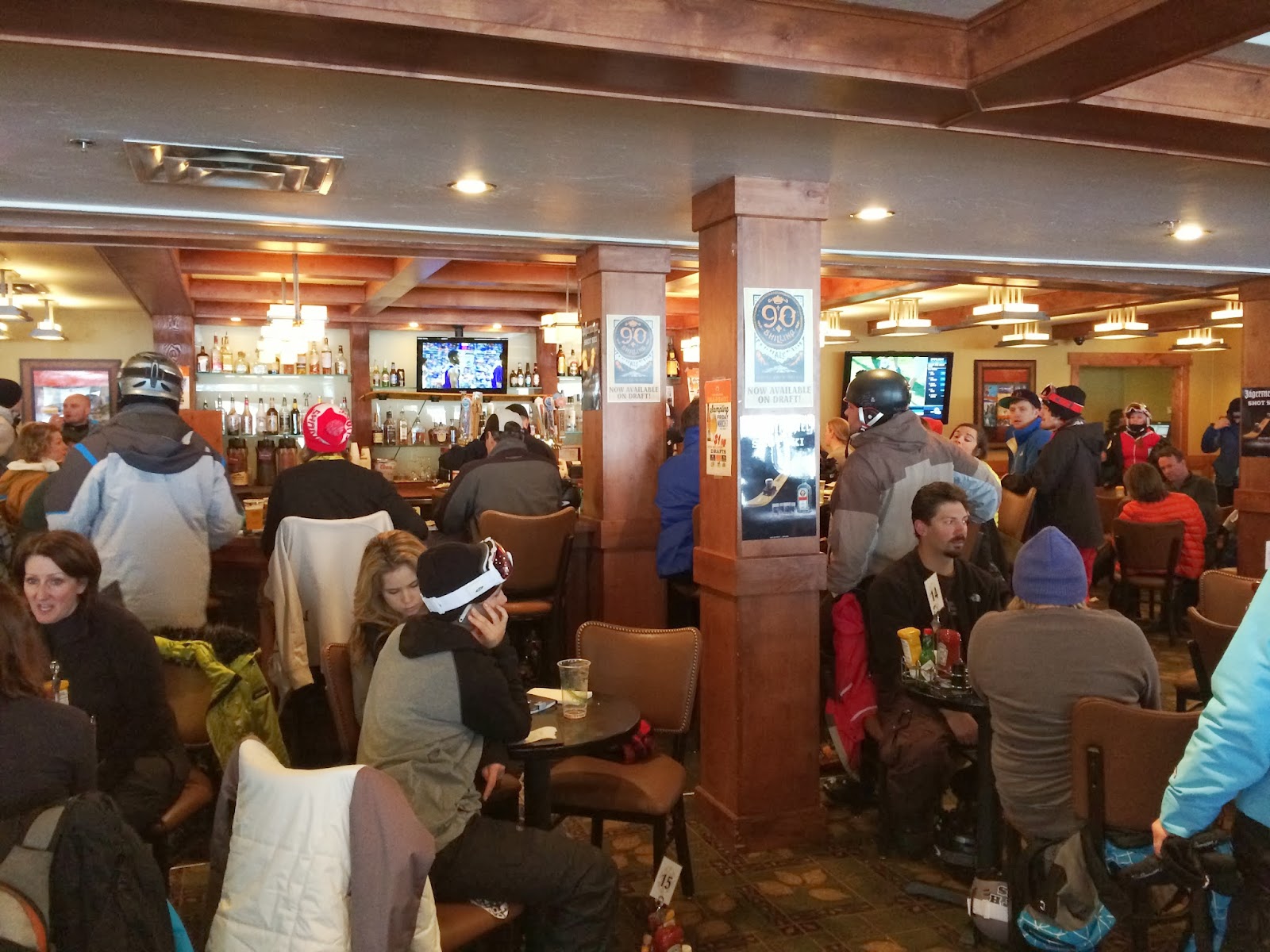 Skiing is very hard work.  First, there is little oxygen, so your body majorly has to adjust to breathing much thinner air!  I've been here a week now, and I am not adjusted!  Also, your blood is thinner, so you get headaches easier.  Thankfully, I haven't had that.  Ellie Sue has though. 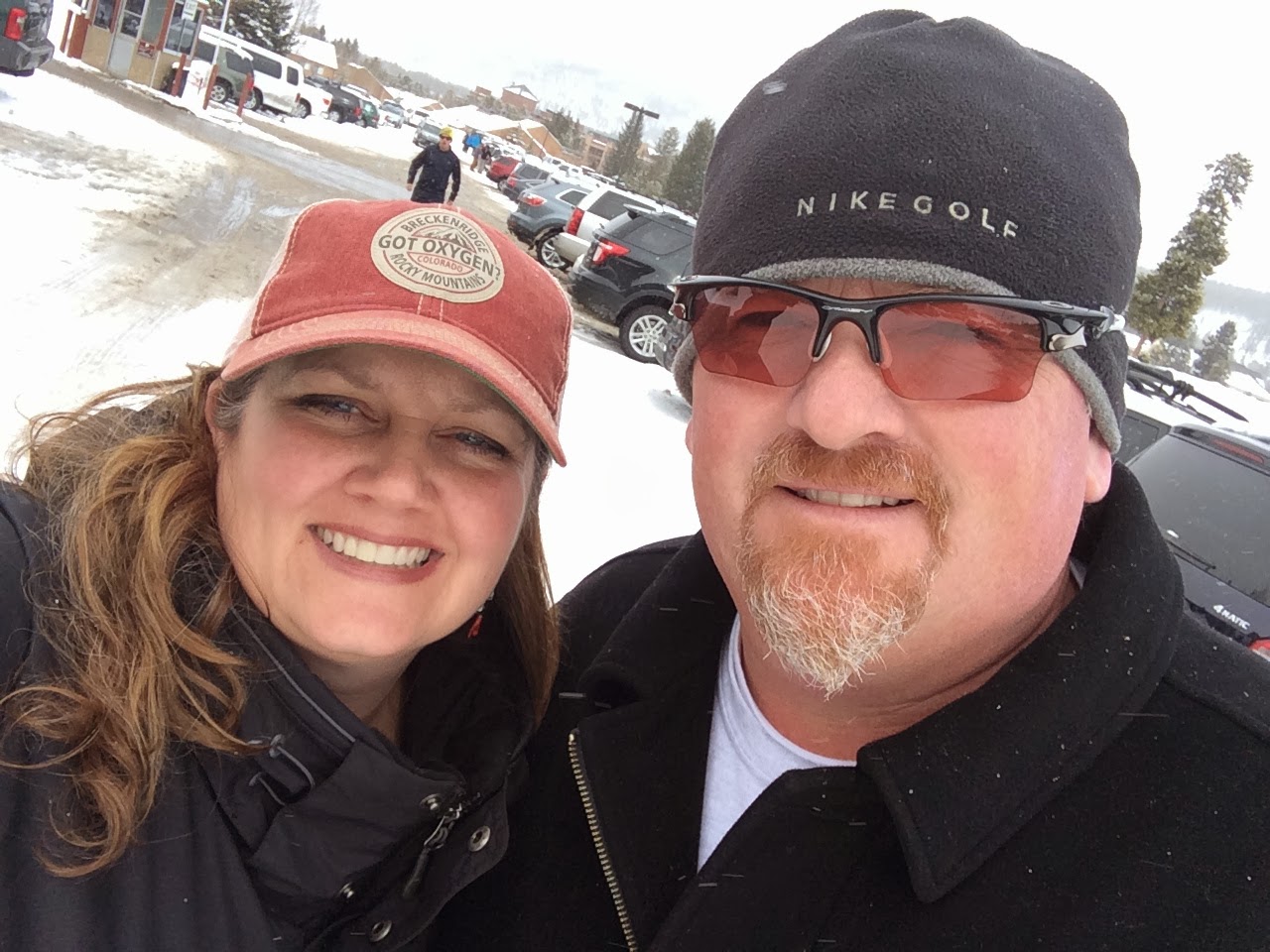 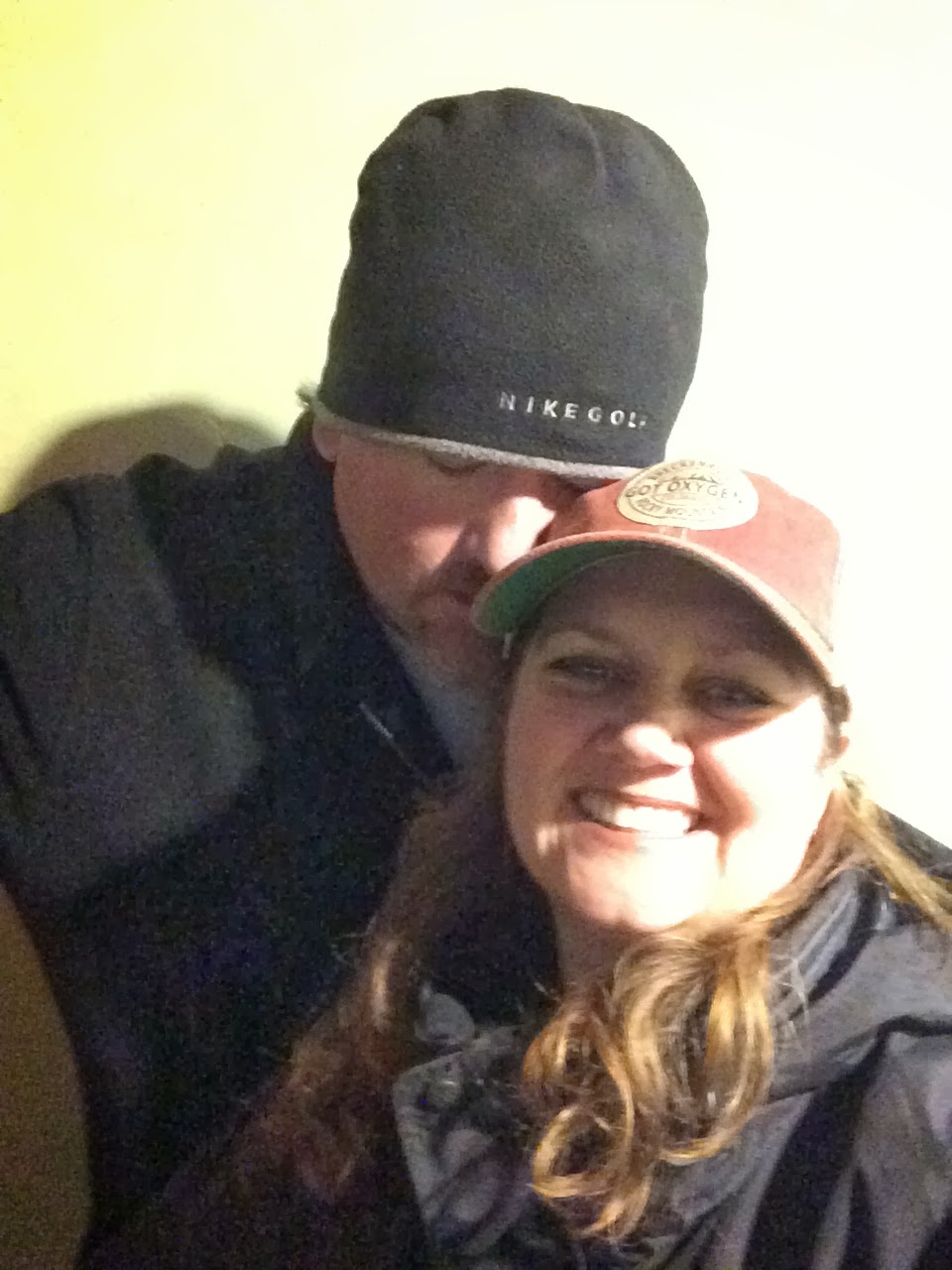 We did get to make a few all adult runs, and only one day of that. 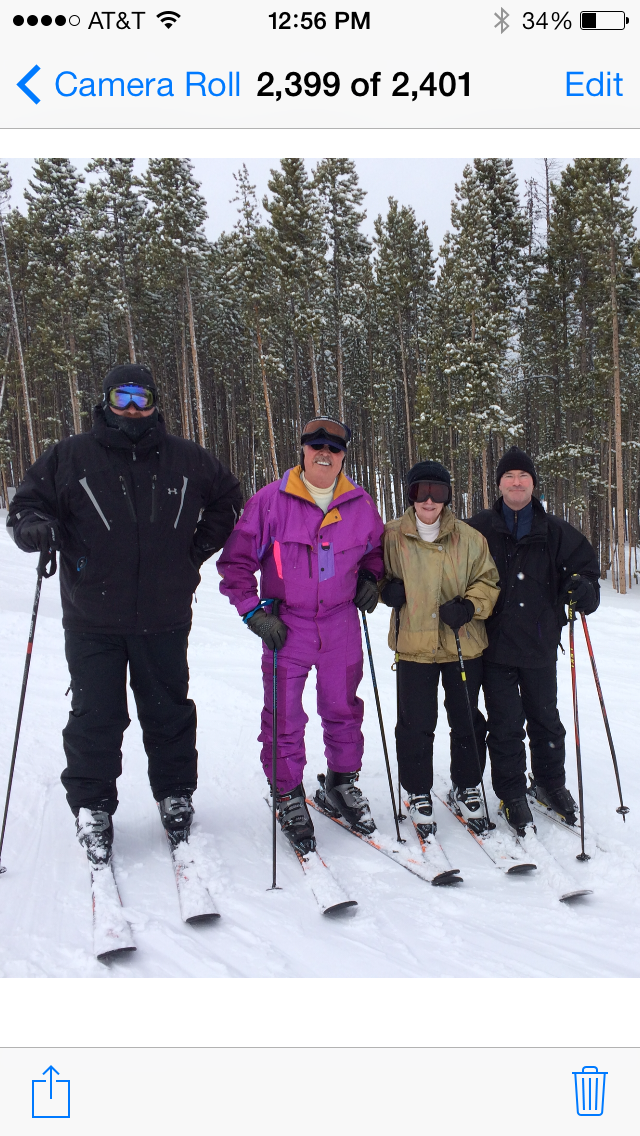 Because of course, my children didn't like ski school and were ready to go to the mountain with the adults.  I'm cool with it, cause I like watching my girls.  But poor, poor, poor Todd had to teach them, and his poor, poor, poor back is going to pay for it.  I'm not adept enough on skis to make sure I keep two of us safe!  He is! 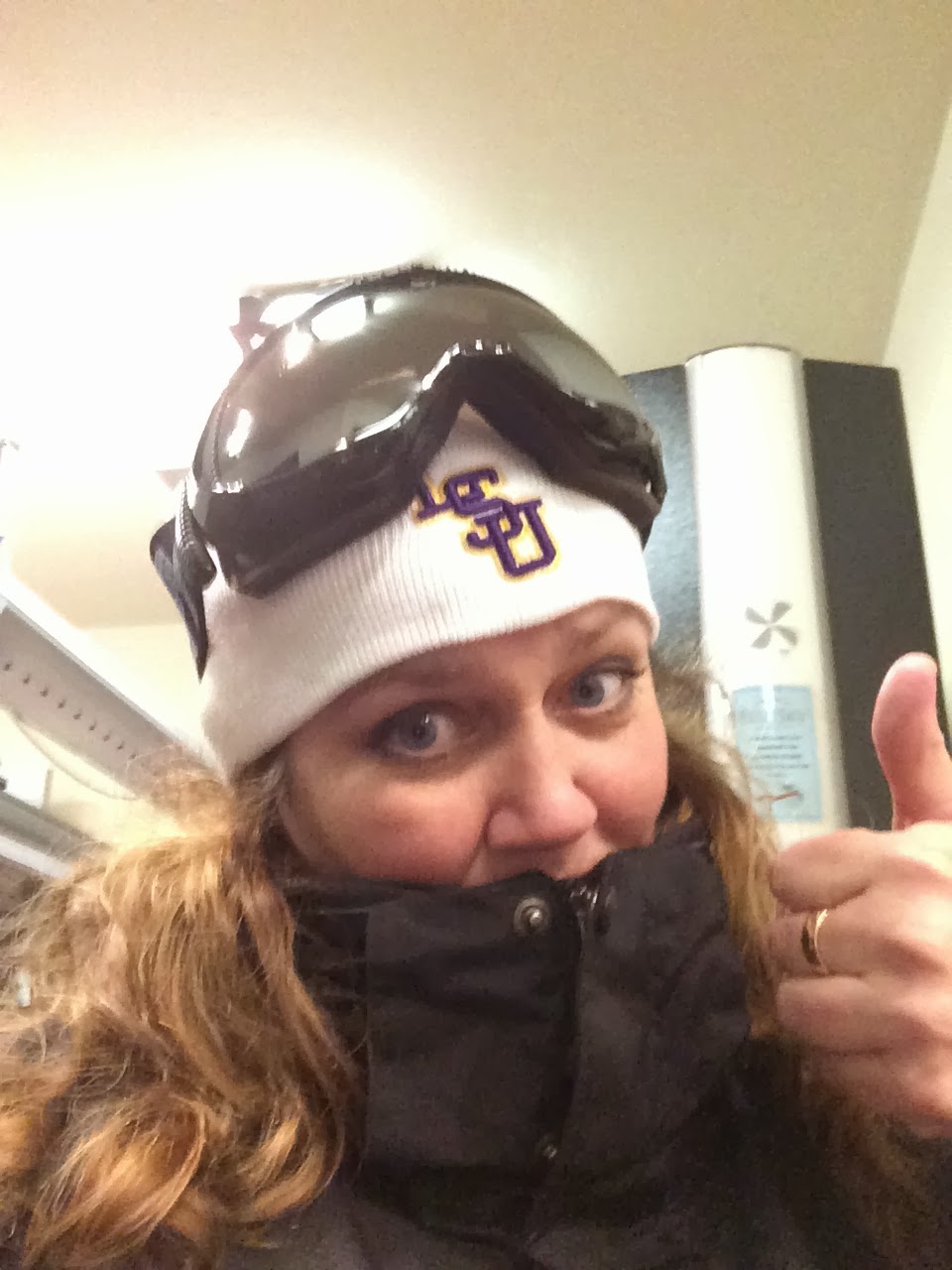 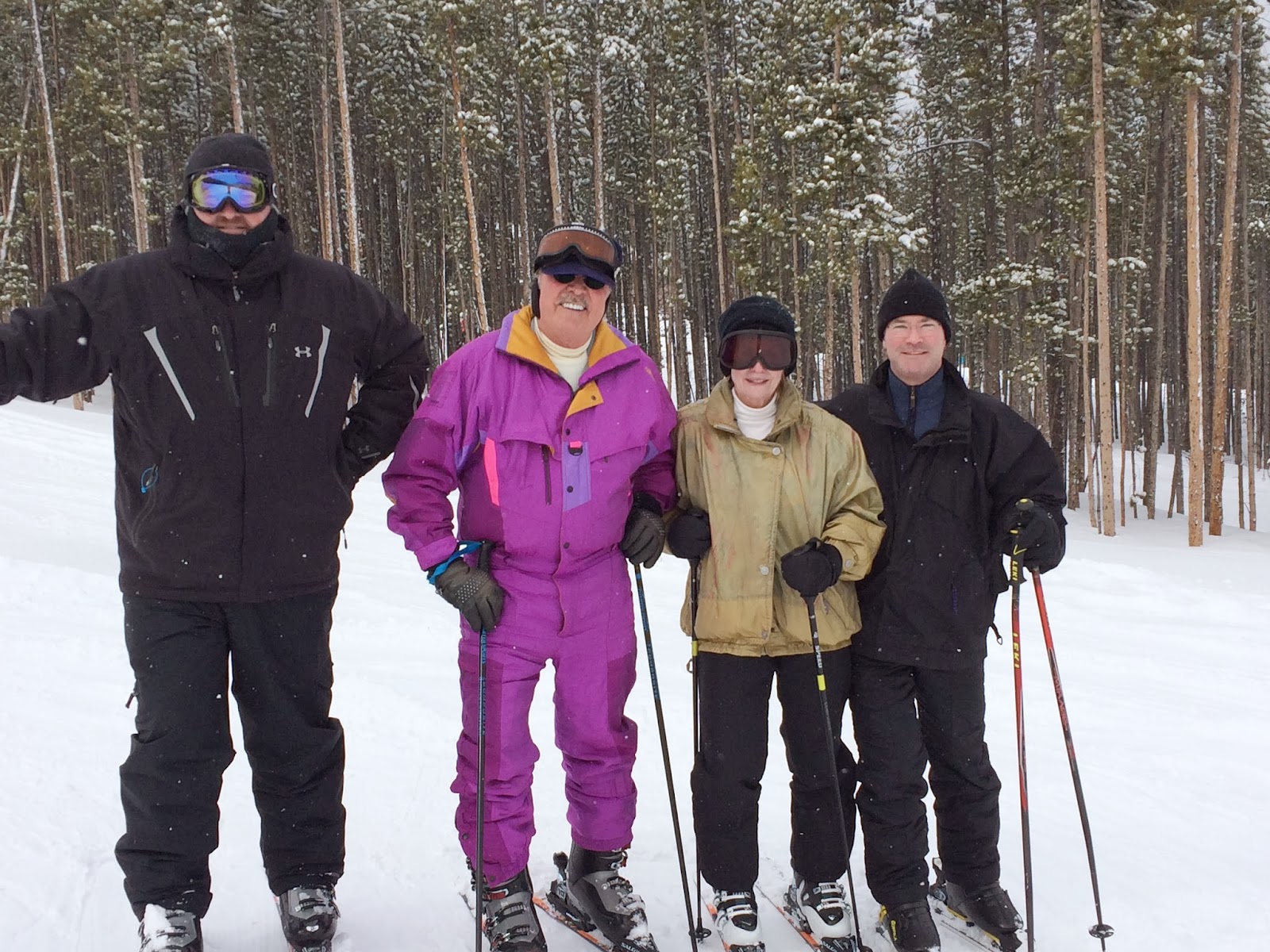 Todd looks like the abonimibal (whatever) snowman!  And Larry was approached to sell his ski suit (bought likely in the early 80s) by a girl who says these suits are "valuable" to the locals, as they have "vintage day" on the mountain and she would LOVE to buy it from him!  In the meanwhile, it was always easy for us to find him! 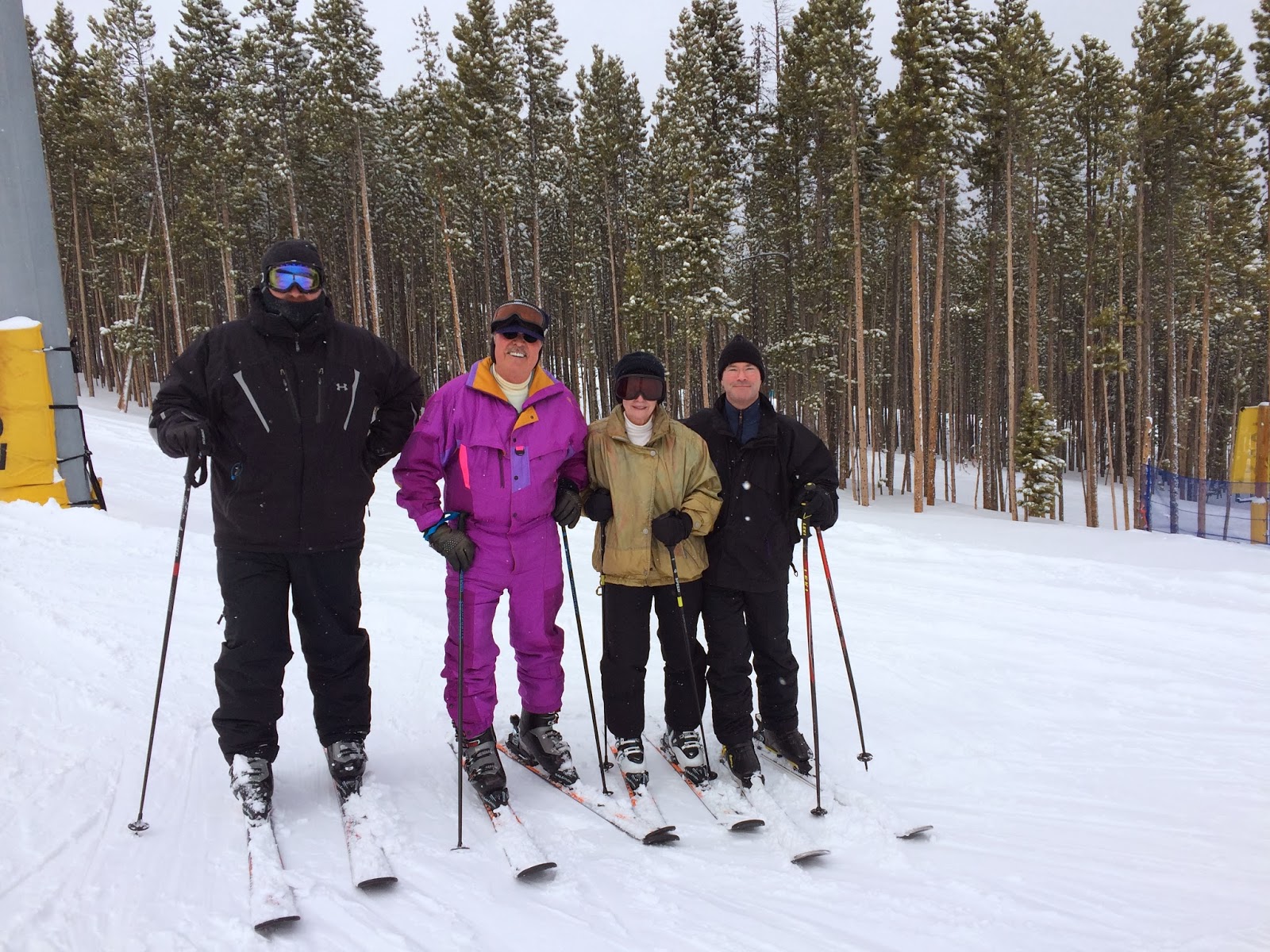 I told Todd if we intend to do this annually (and something tells me we will), I am getting cuter ski clothes!  This all black, look like you are attending a mountain funeral, get-up we were both wearing wasn't going to get it! 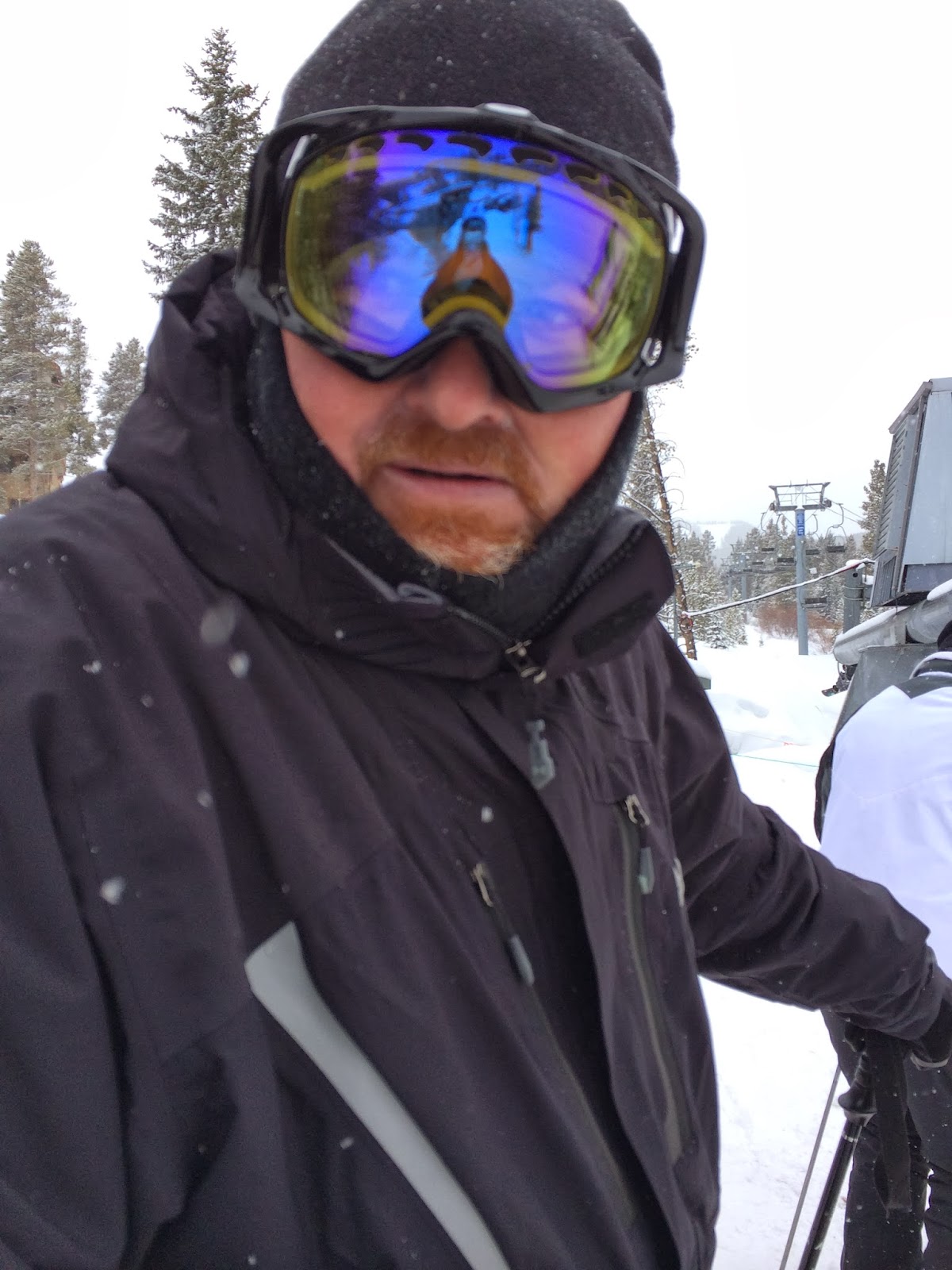 I tried to sport my LSU hat daily.  There were a lot of Louisiana folk on the mountain!! 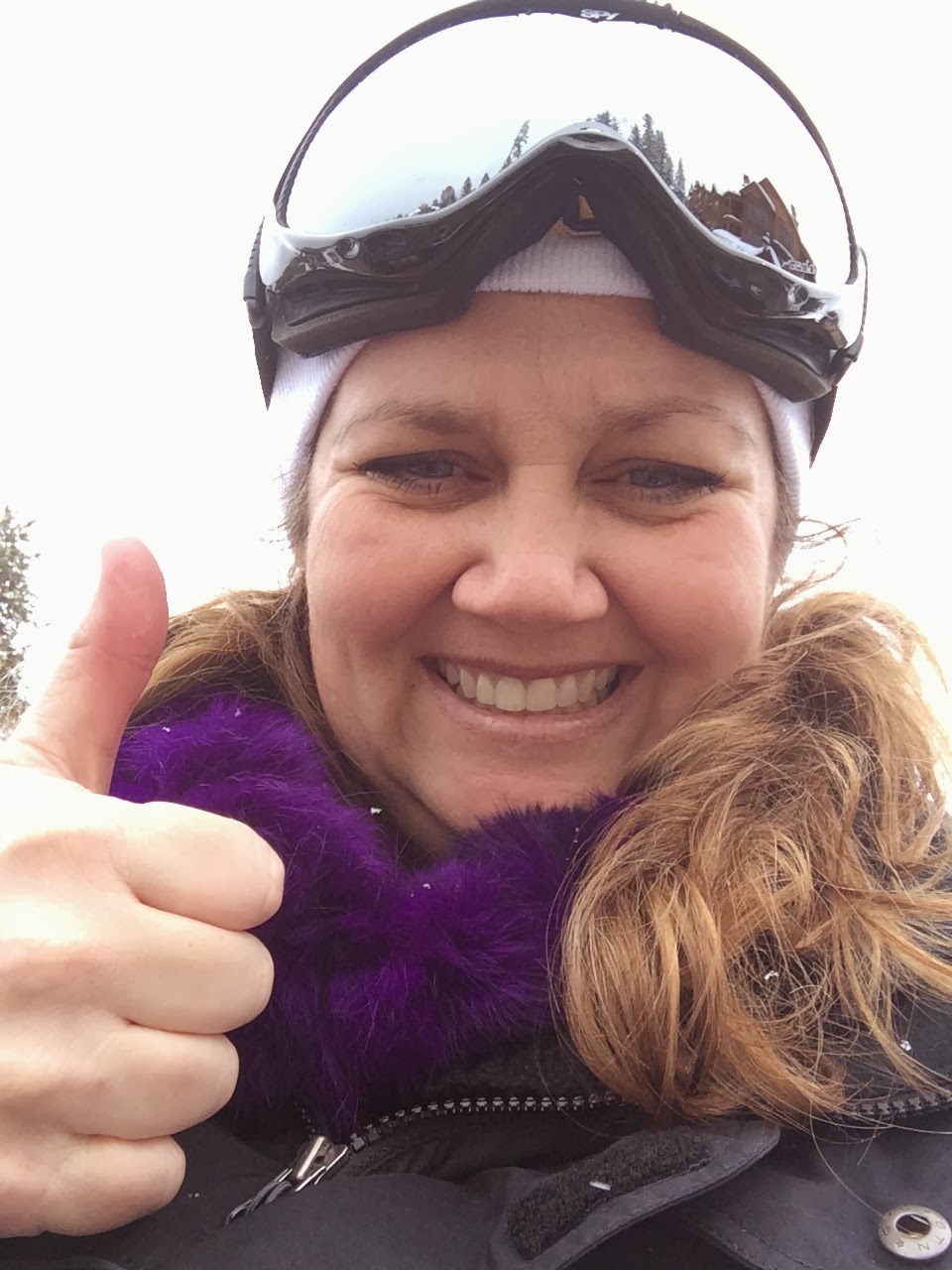 In fact, I got a text from an employee back home who said, "Look for my brother.  He's there with his family."  I was sorta like, Ummm ok.  Like I will find him.  A.  I have no idea what he looks like.  B.  This is a big ol mountain! 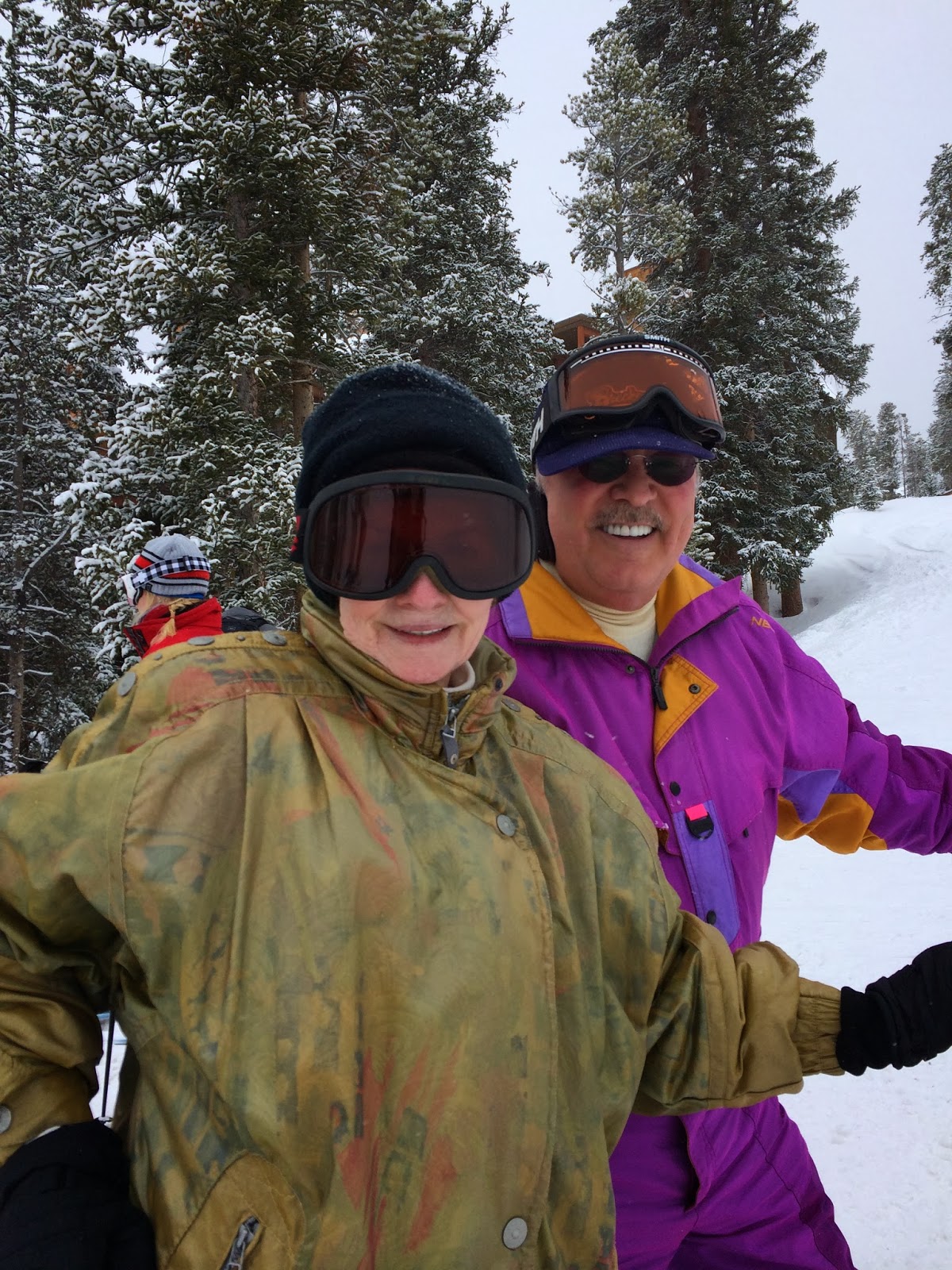 Happy to have the in-laws with us.  Larry is 75 and can rock out a mountain!! 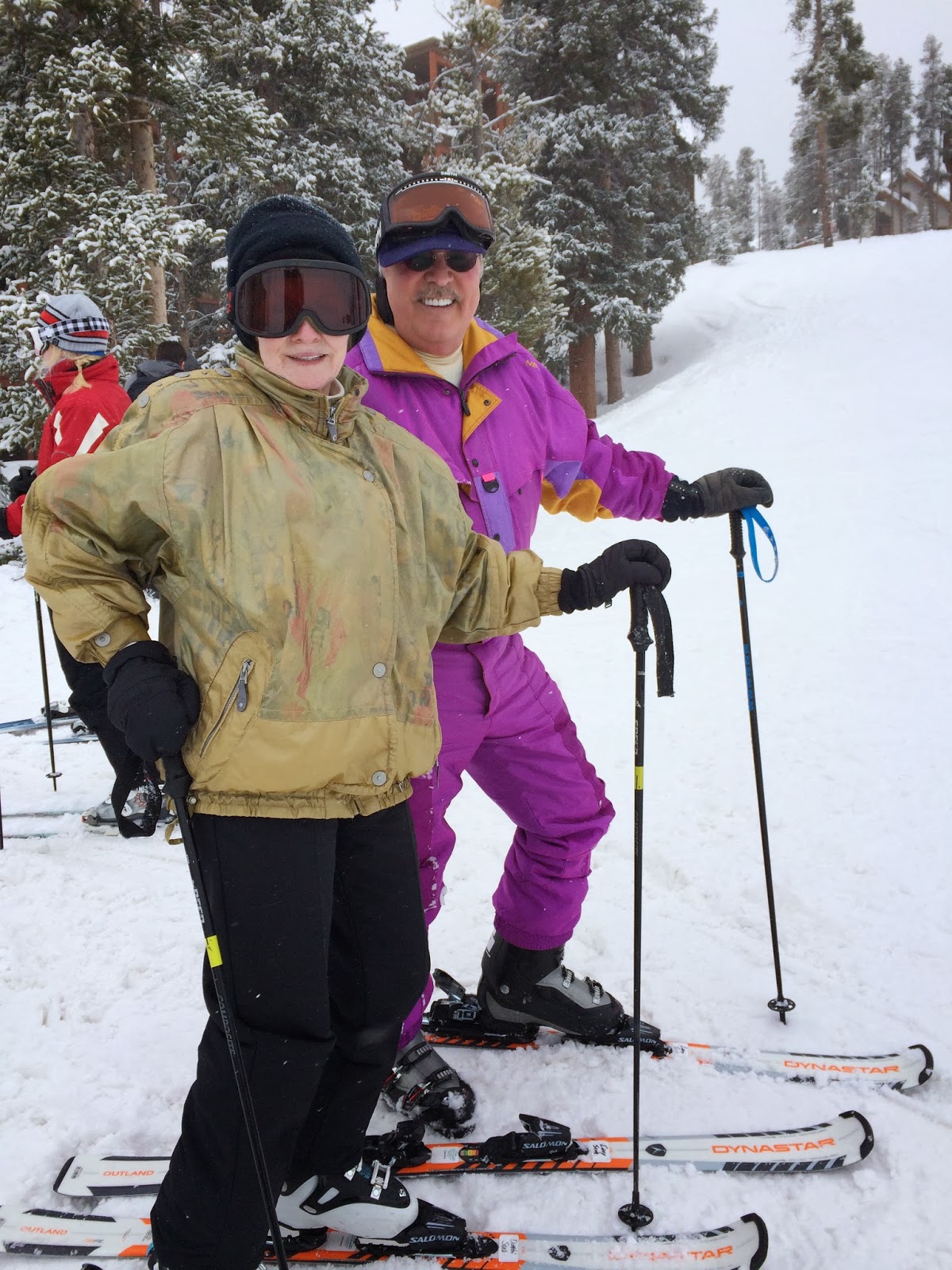 and that's about it for today.  We've had a blast in Breck!   More on my baby girls and their skiing tomorrow! 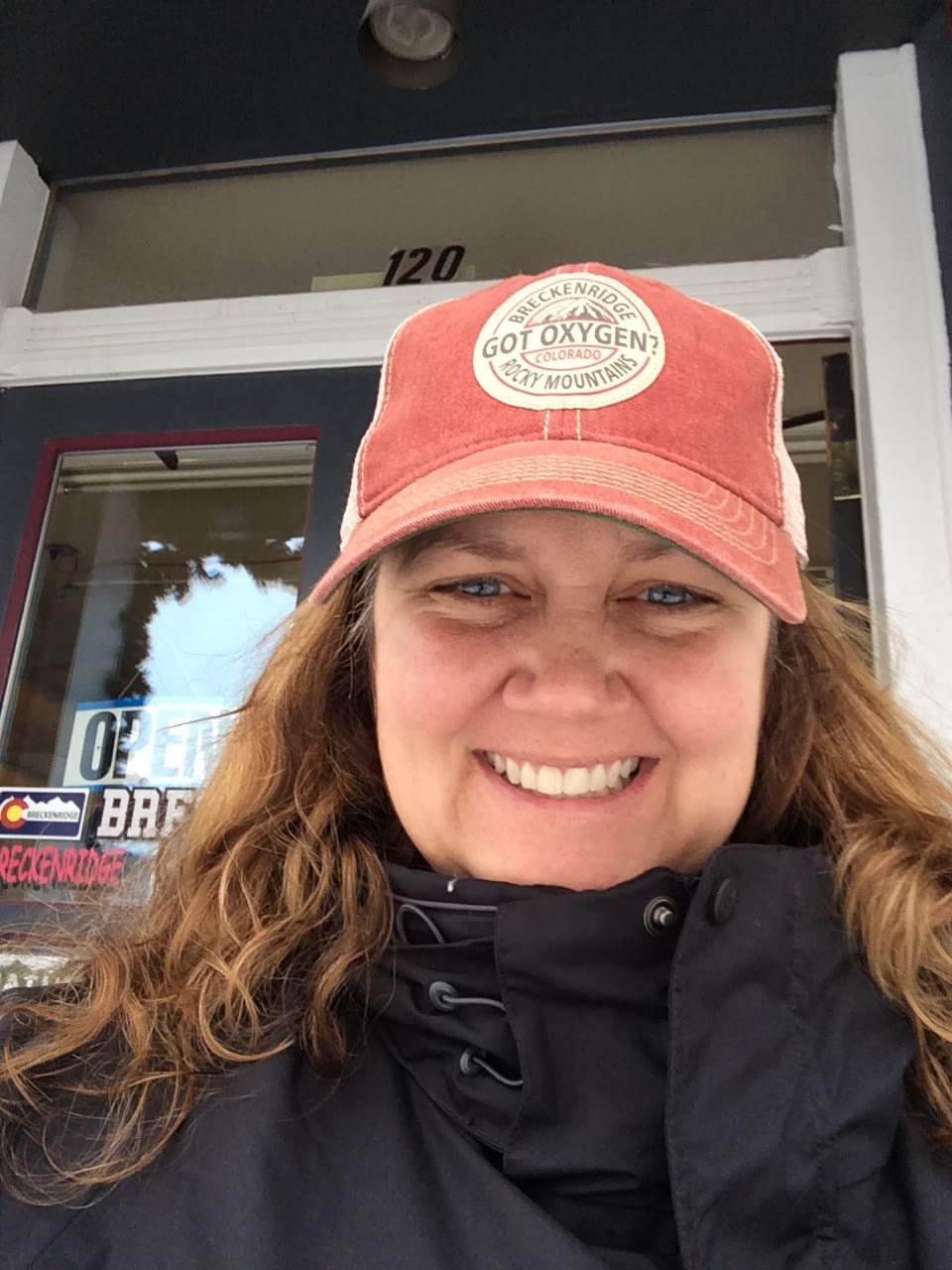 Your posts are making me second guess a Colorado trip! Looks like so much fun but I'm not sure I would enjoy being that cold.

I love Colorado!! My husband would also move there in a minute! Looks like fun. I have only been skiing once in my life and I loved it. Shredded that mountain (as Ellie said) but it was years ago and my knees are terrible! :) Anyway, have fun! Thanks for sharing your fun with us!!

I've heard that drinking LOTS of water will help the headaches/sickness of being up in the mountains.....if you can get Ellie to drink water :)

that is too funny about the brother! you all look like you are just having a blast!

Making a rare stop here in blogland and to say HAVE FUN YOU GUYS!!

Glad the Groves are having fun exploring. When you get back and if things ever slow down I would love to hear about the pros and cons of the lap band

That made me laugh. I take it there is no con. LOL!