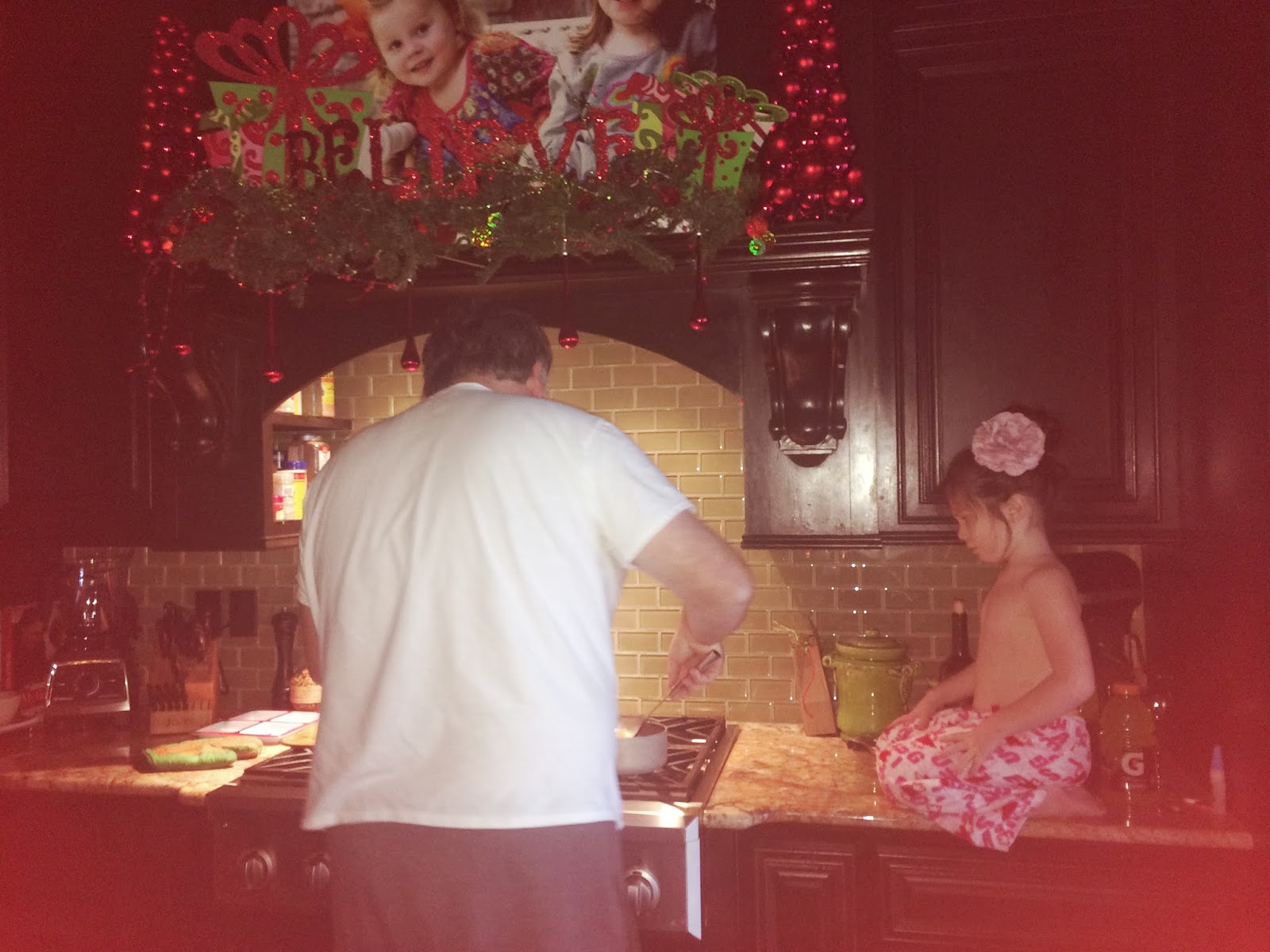 As you can tell by the Christmas decorations, these pics were taken a few weeks ago. 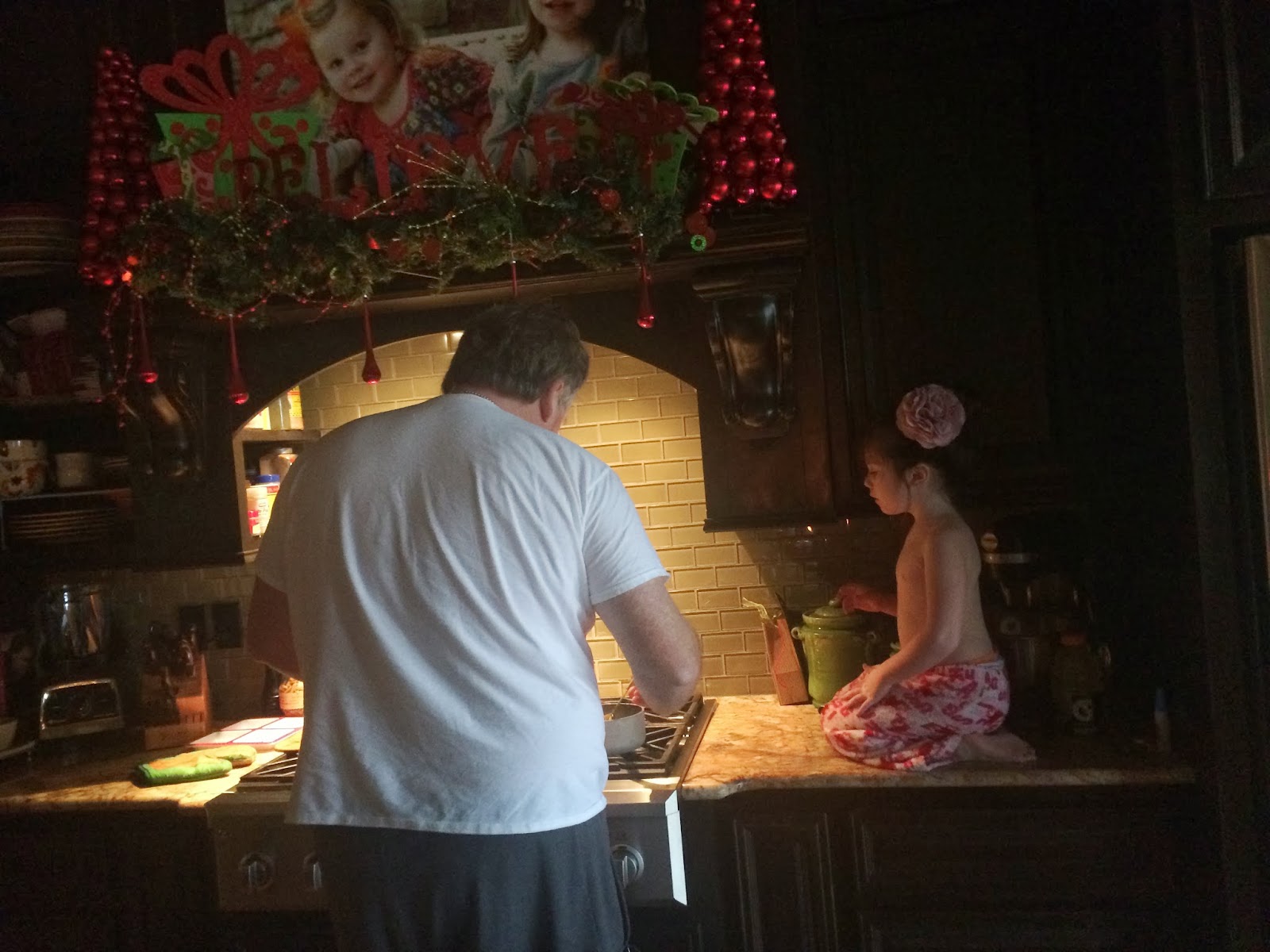 This was a Saturday morning, and Gabbi got all dressed in her cutest dancing clothes to go to Hazel's birthday party.  Bun in hair.  Check.  Cute pink accessory... check. 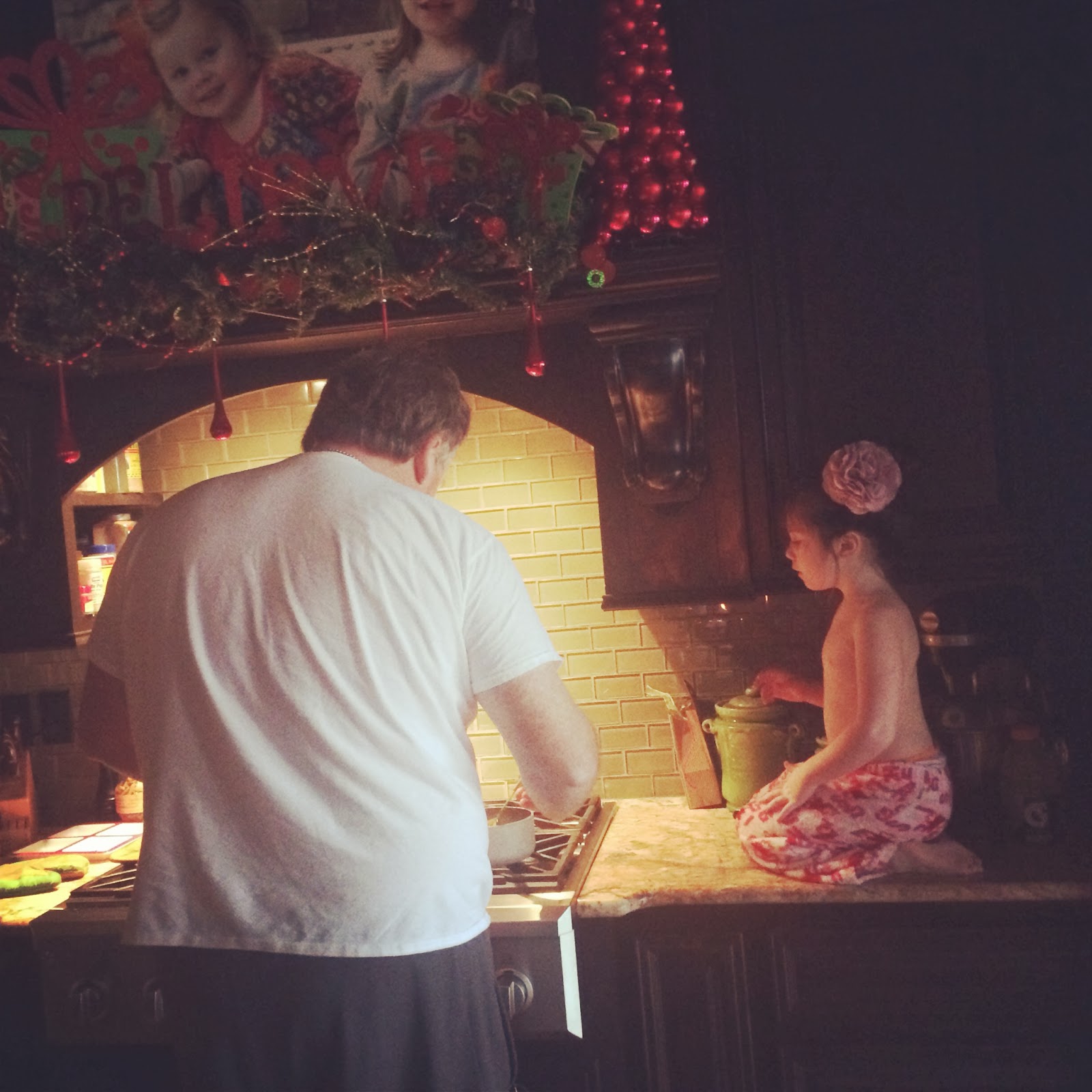 She started out with leotards and tights too.  But... right about the time we were heading out the door, the sickies struck.  I sent Breanna a text and a pic so she'd know we really had every intention of being at the dancing birthday party. 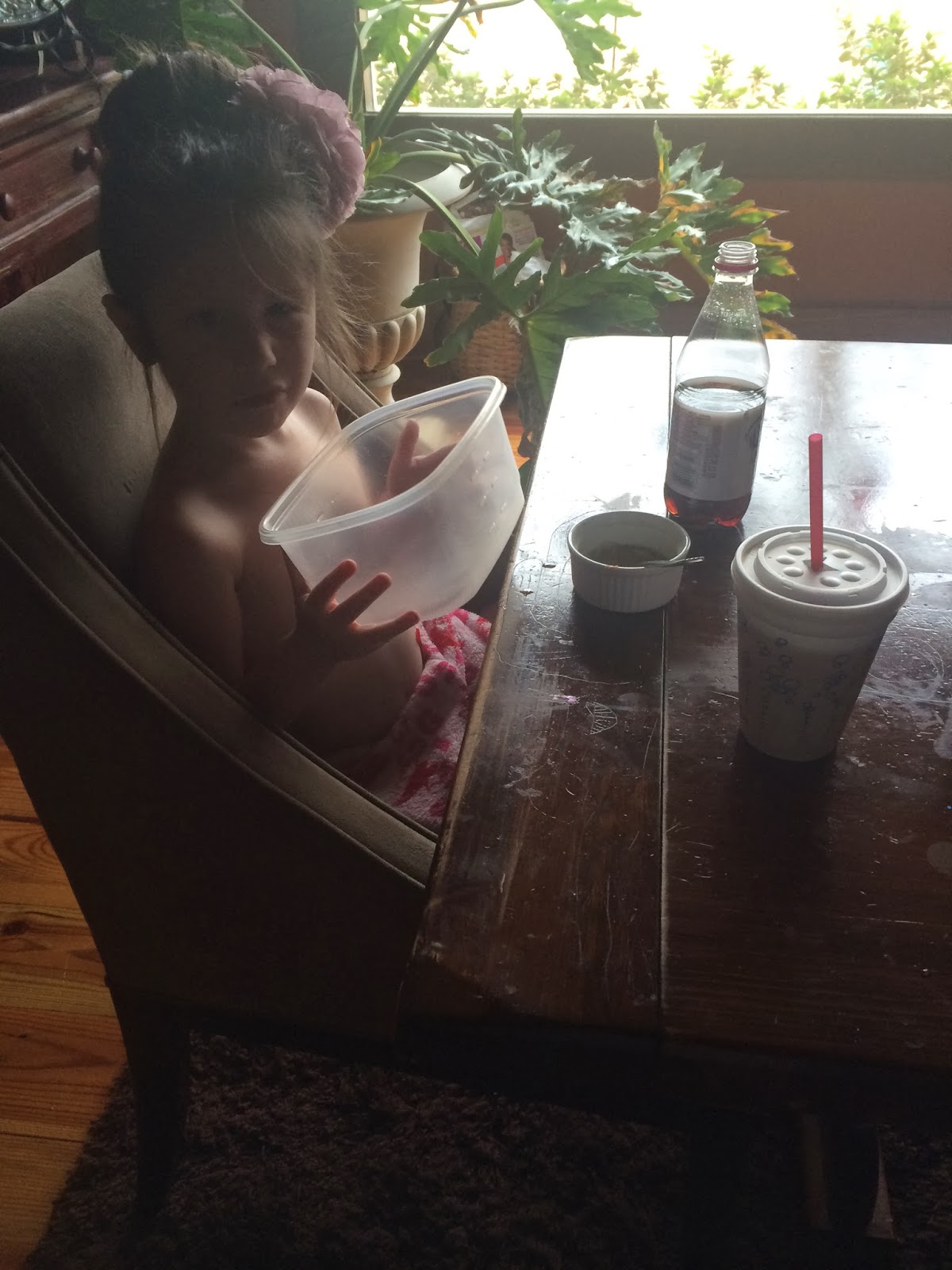 She needed an emesis bucket, just in case!!  Dad made her a pot of soup, and made her a teeny tiny cup of it to try and soothe her sick stomach. 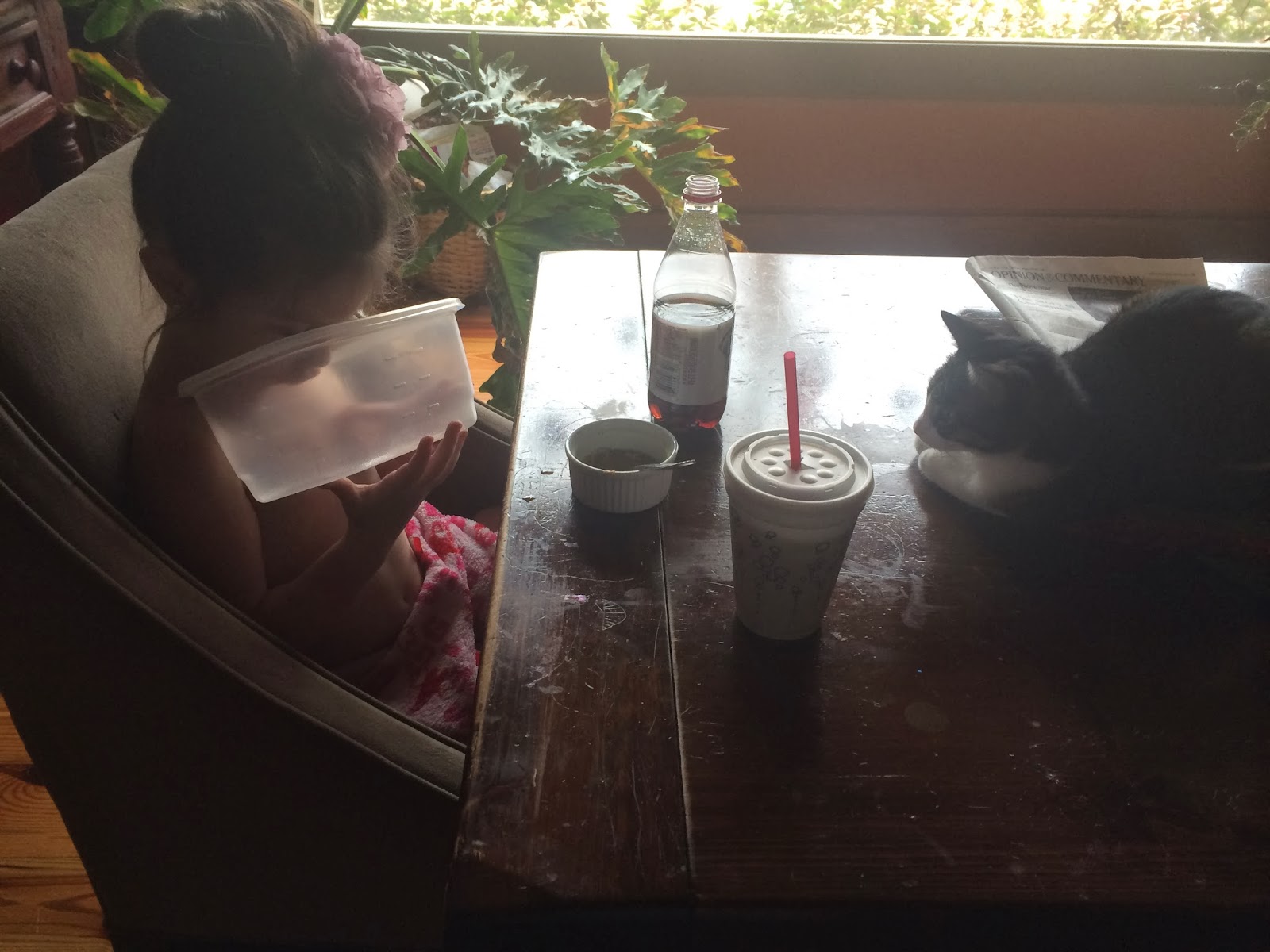 This was not the first time that week she'd been sick.  In fact, it'd happened the Monday before, and then again in the wee hours of Christmas morning. 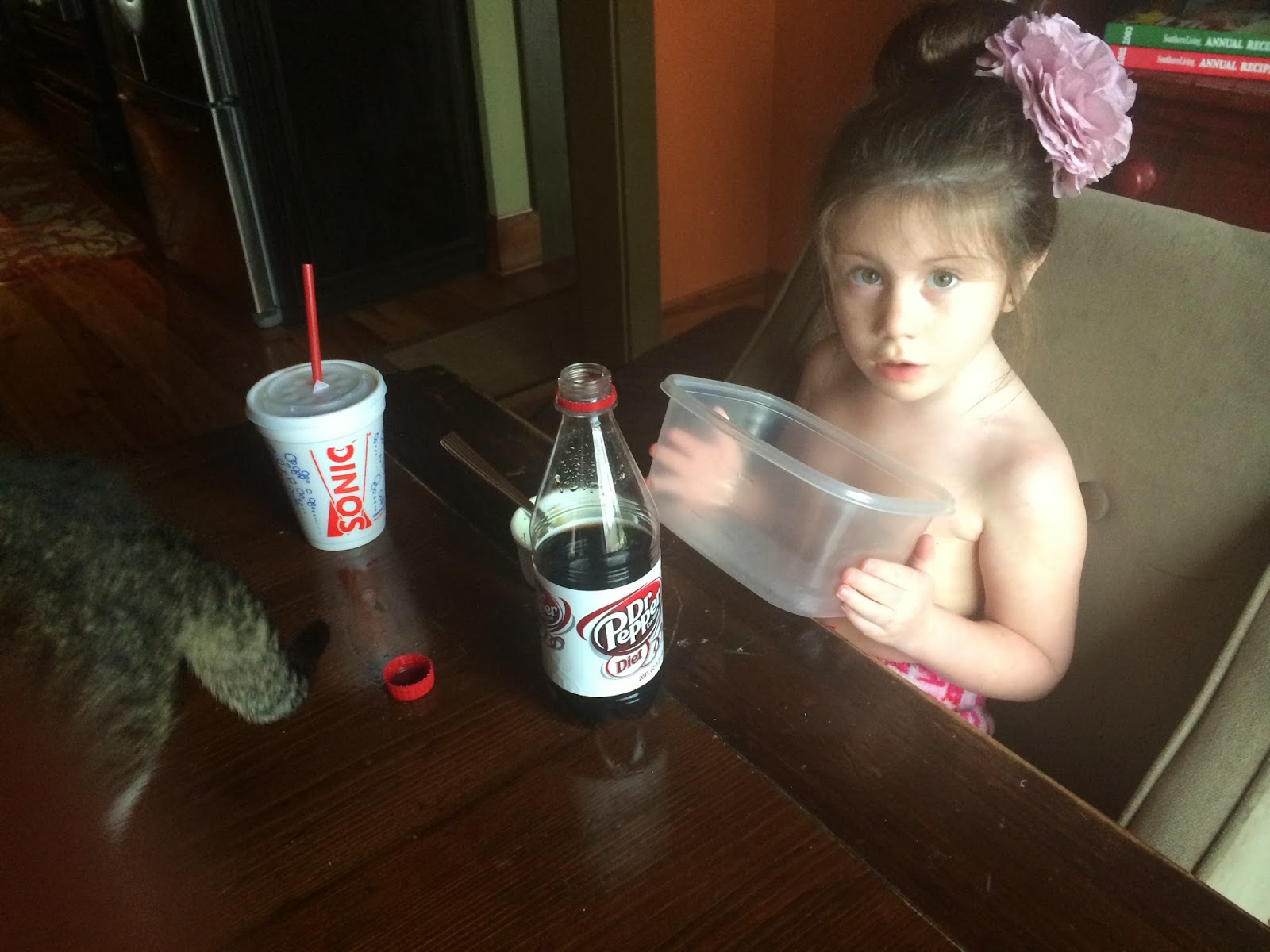 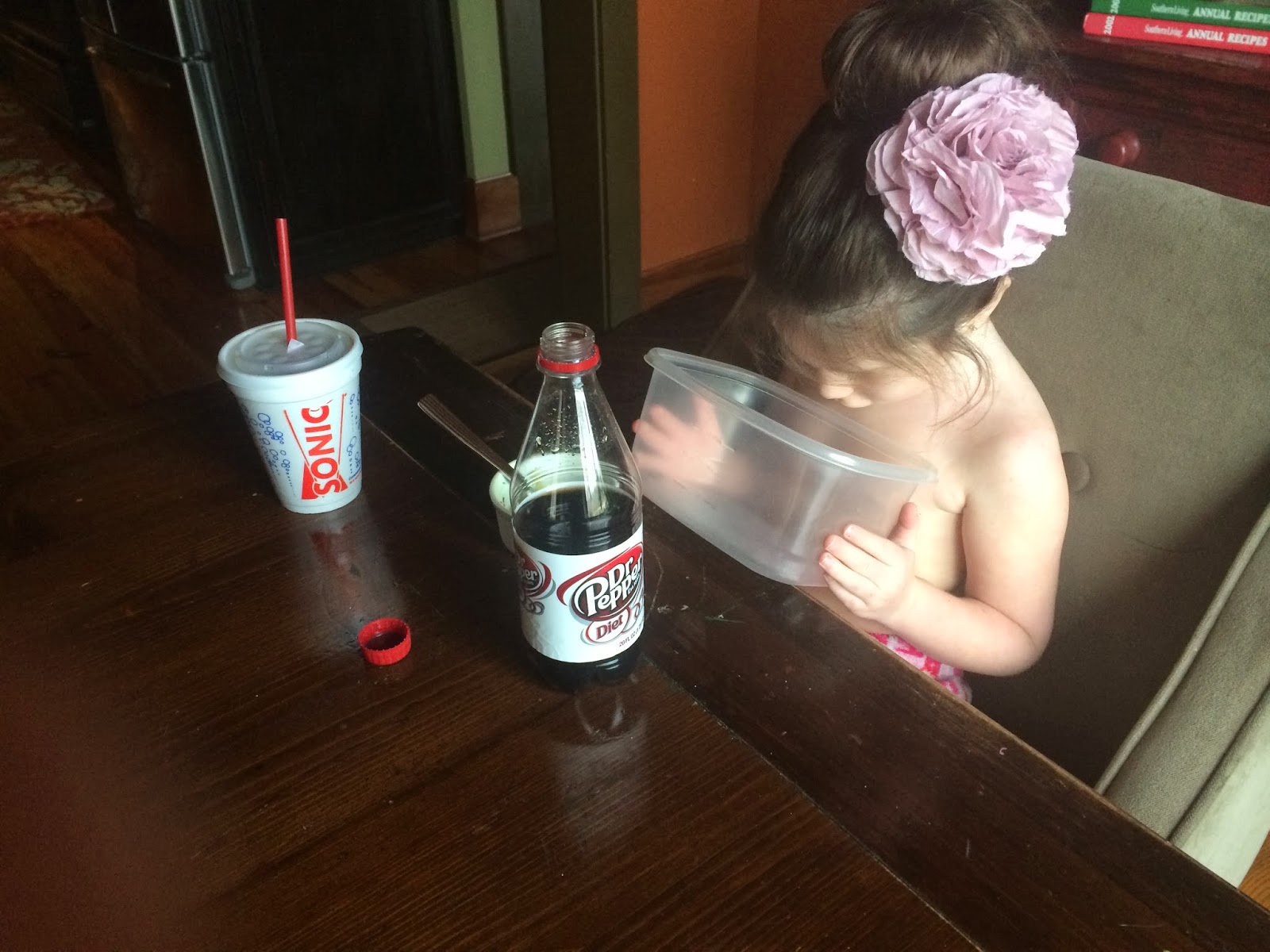 As the day wore on, she perked up.  And she was eventually checking ME for being sick.  (Nice photo of me, huh?!  Please do not print and distribute this pic!  ha) 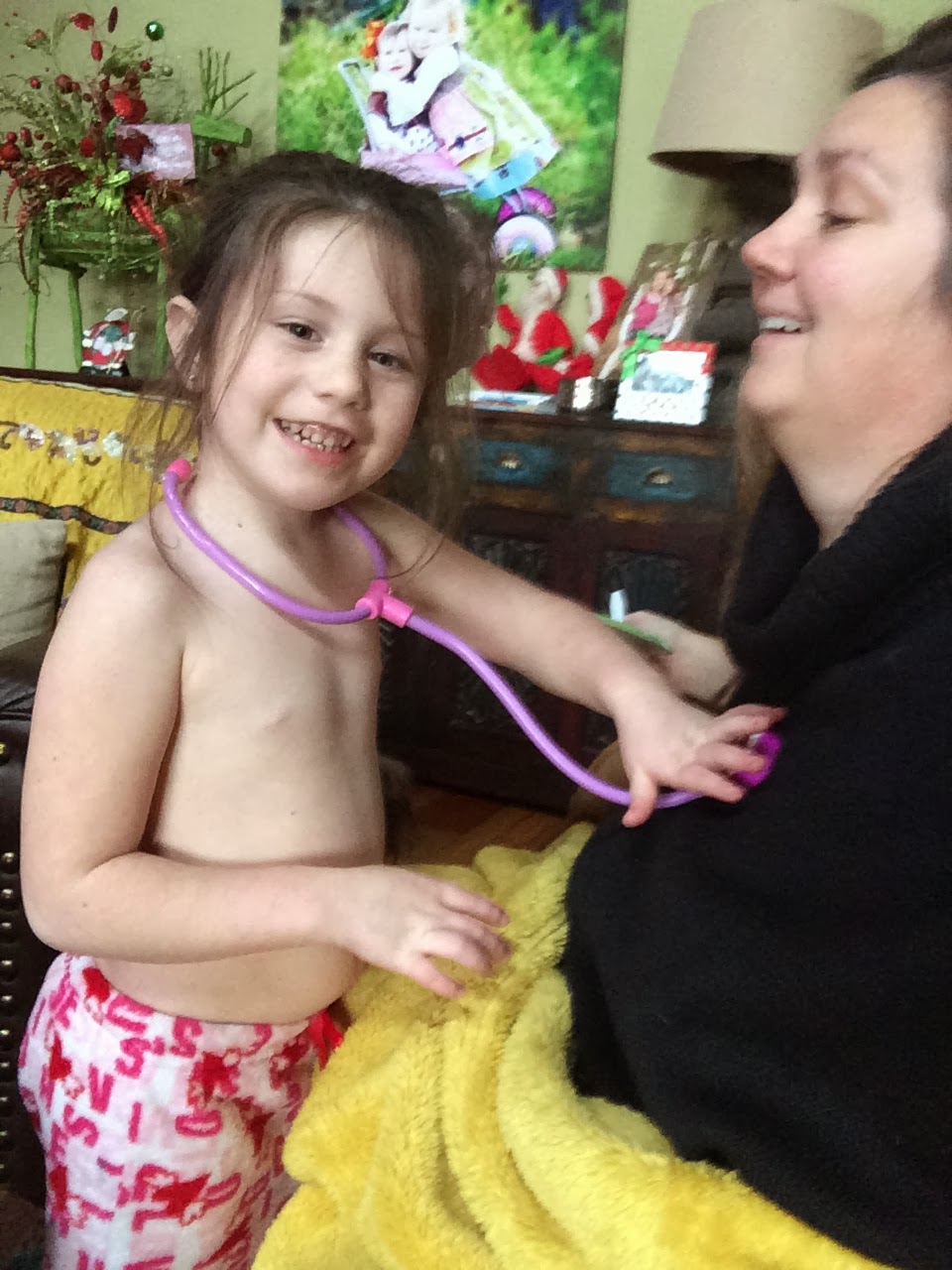 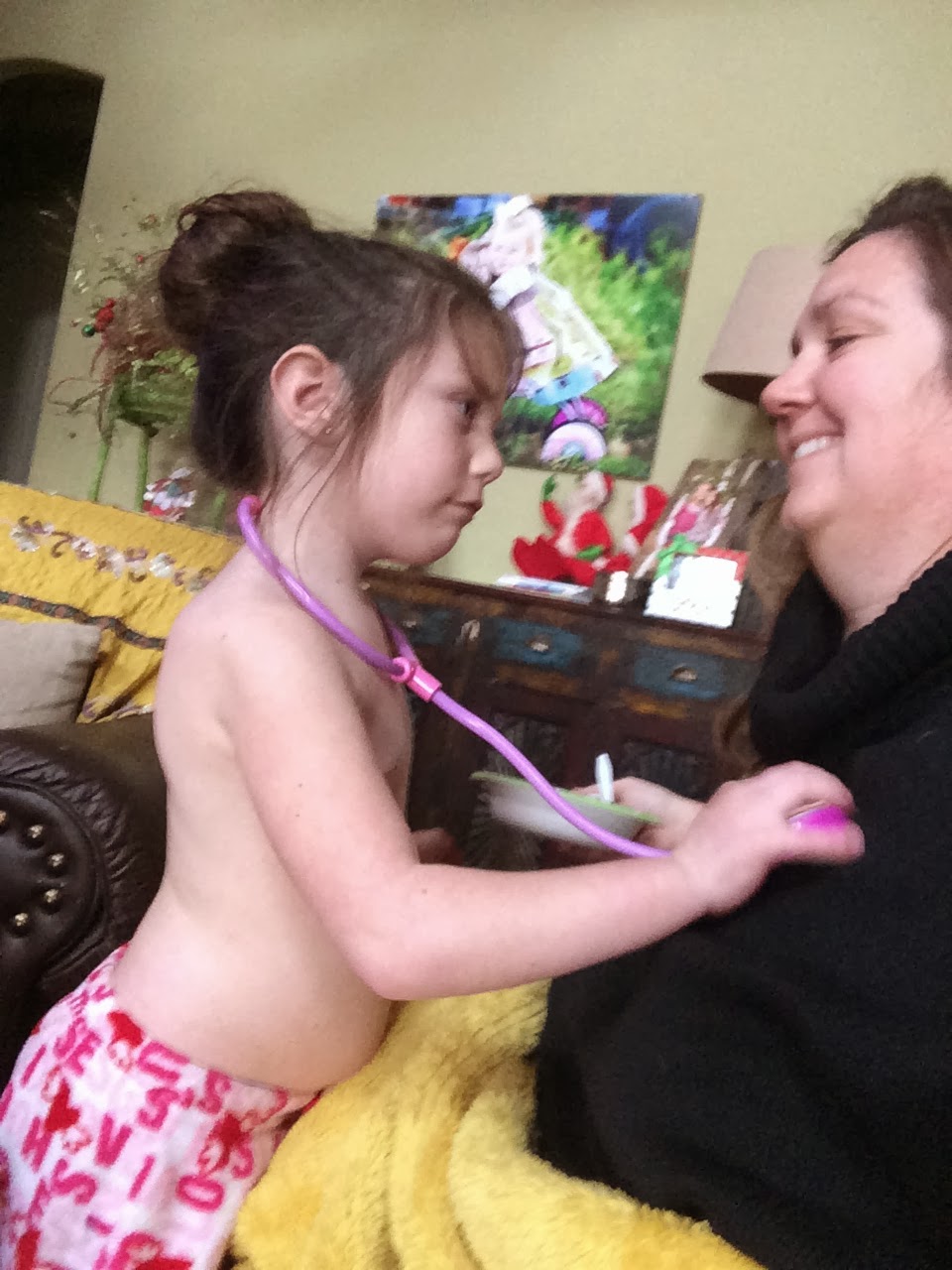 And then.. the first week back to school... they struck again! 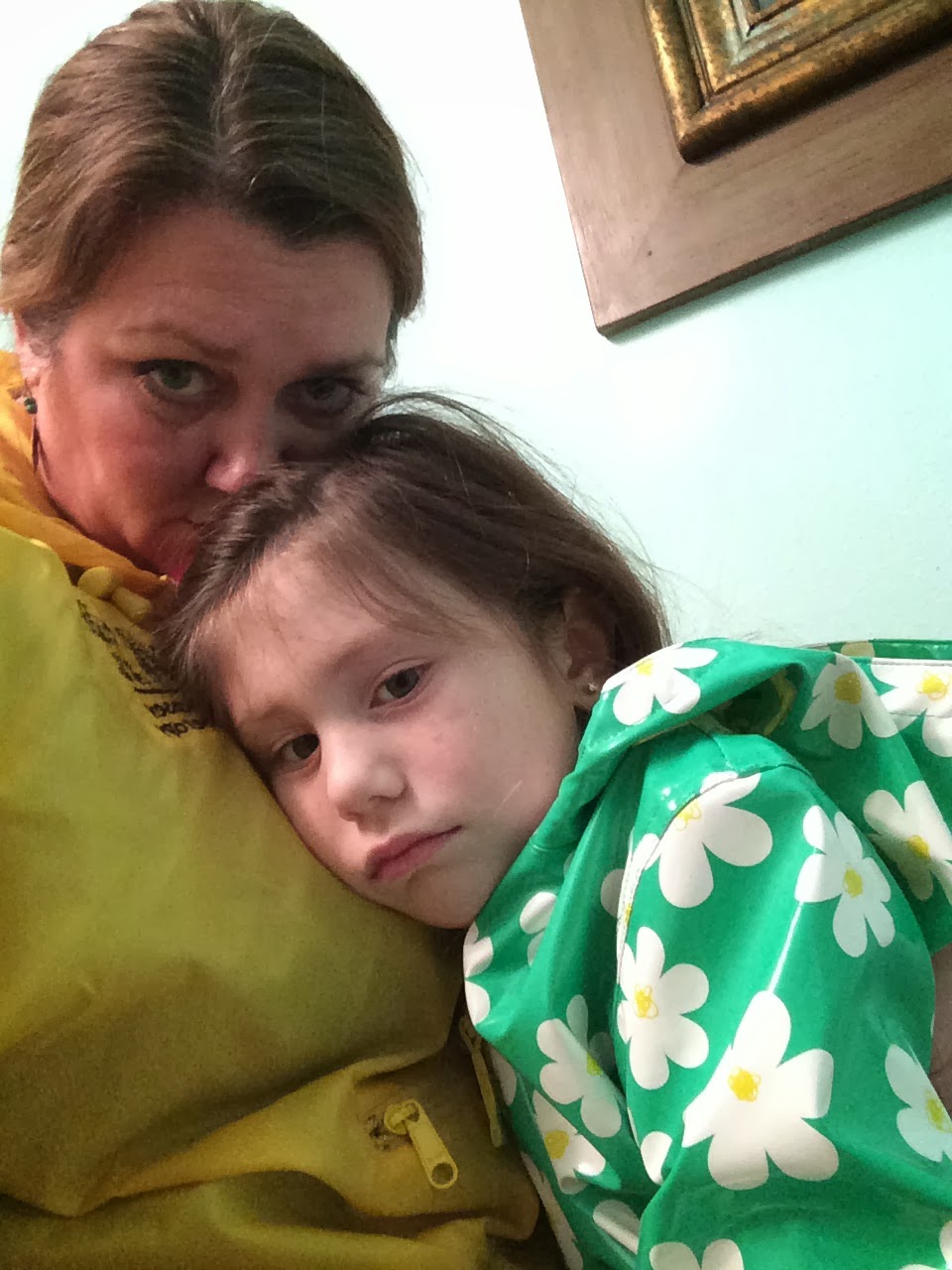 This kiddo just soared right through like nothing was happening! 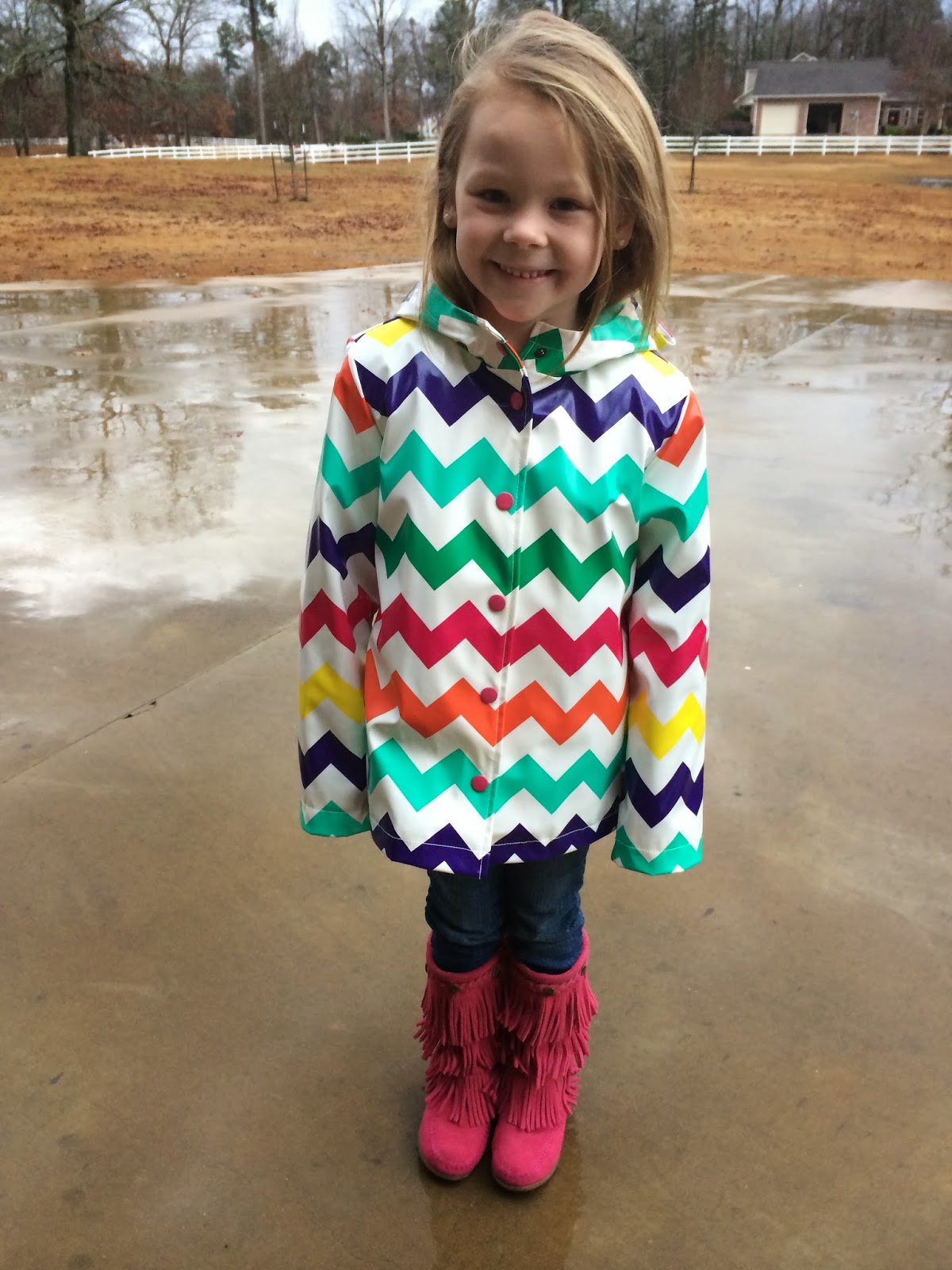 And by the way... thanks, Linda Lou, for these cool boots!!  They rock! 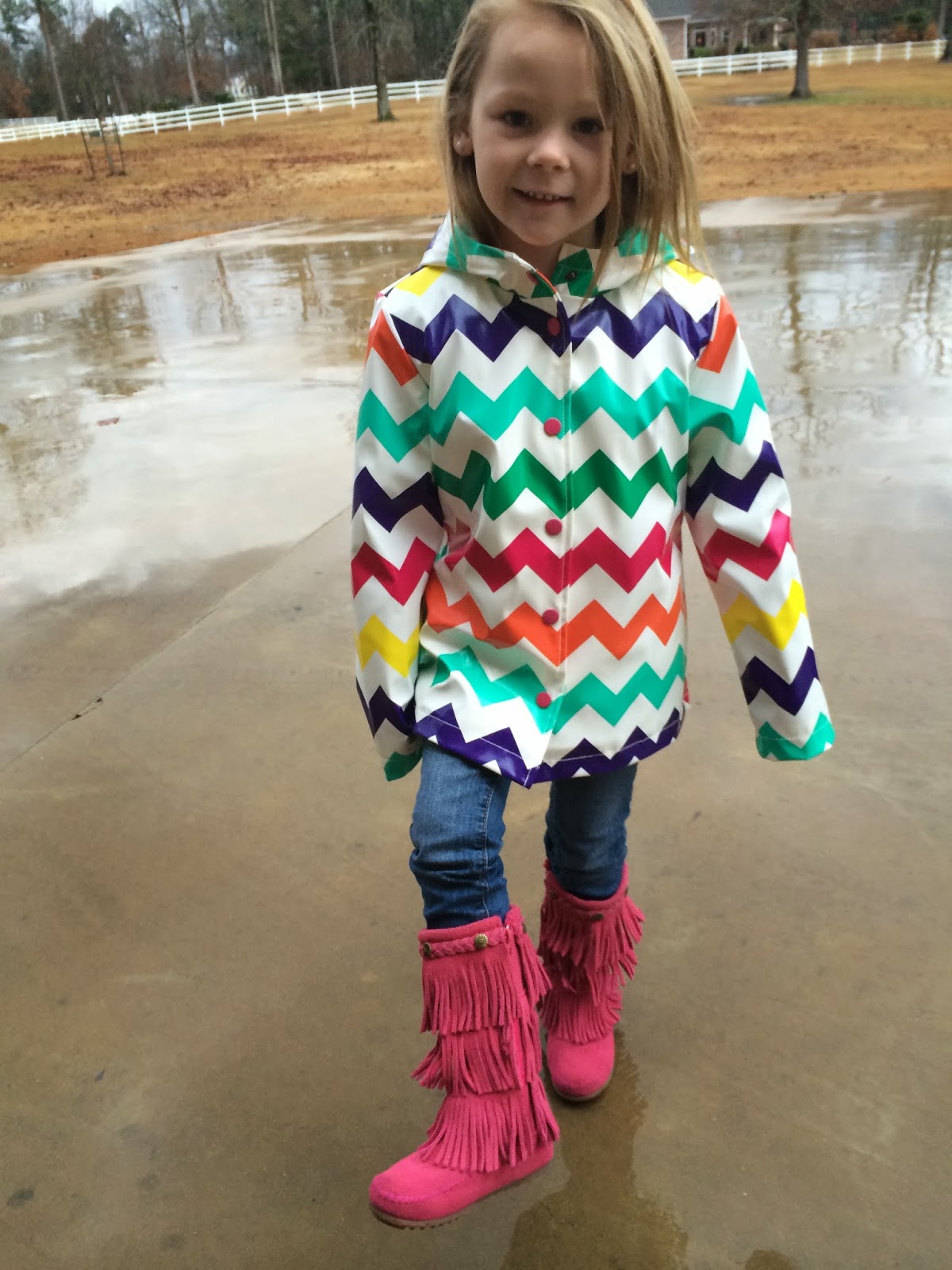 I was DETERMINED that Gabbi was going to go to school, check in, check out a little bit later, and NOT get charged an absence, since I knew we had some days coming up that we HAD to use.  There is a fairly strict absence policy in our school district.  (I now know that I can take them to school and let them immediately see the nurse, and it will be excused.)  When you know it is just some sort of virus, you don't typically take them to the pediatrician.  Or at least, I don't.  THUS... no excused absence!!  Gabbi just could NOT go to that school!  She could barely walk on her own to be perfectly honest. 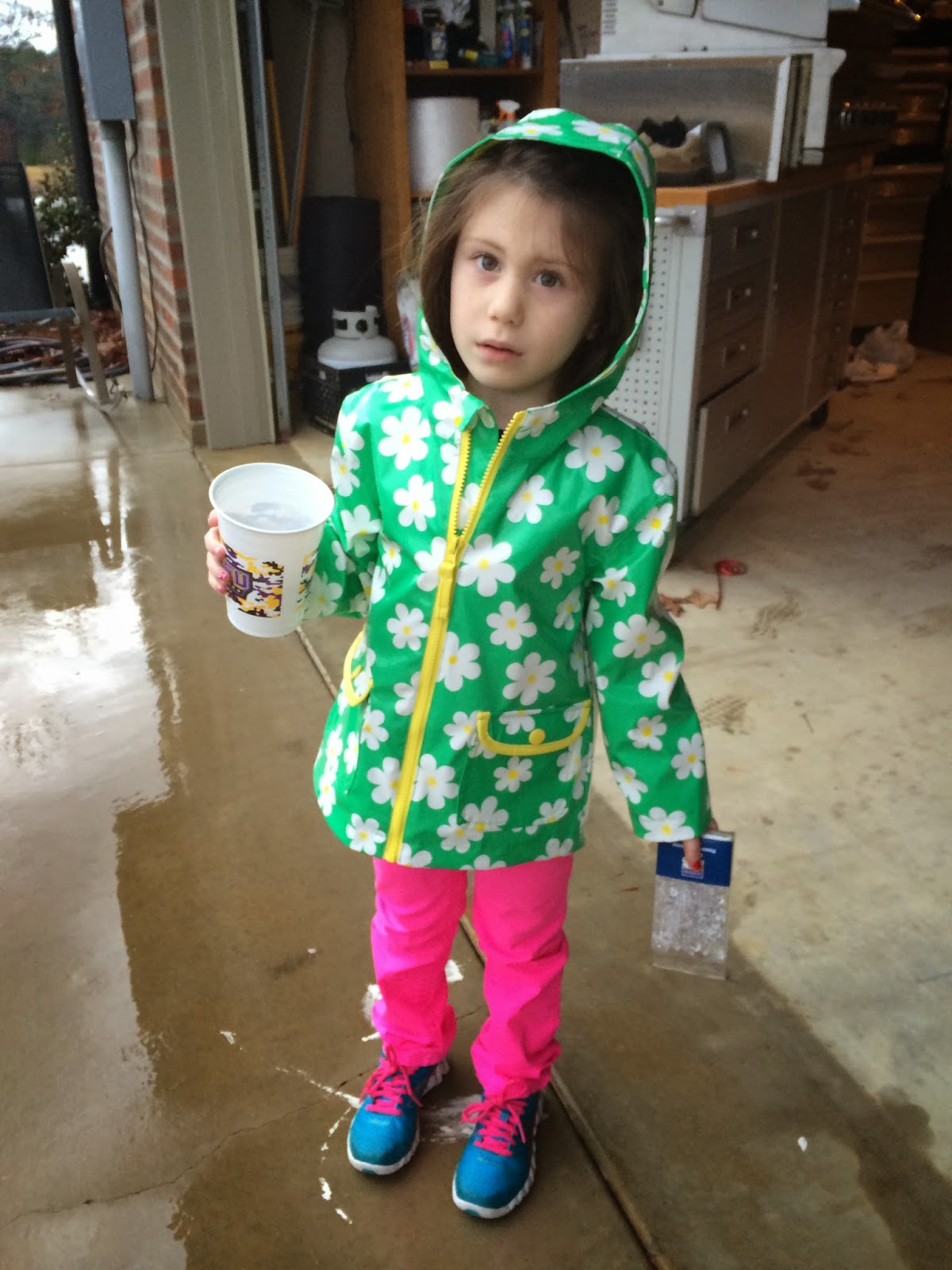 But, I thought maybe if I had a little proof of how badly she felt, I could use it as "proof" should it come to that. 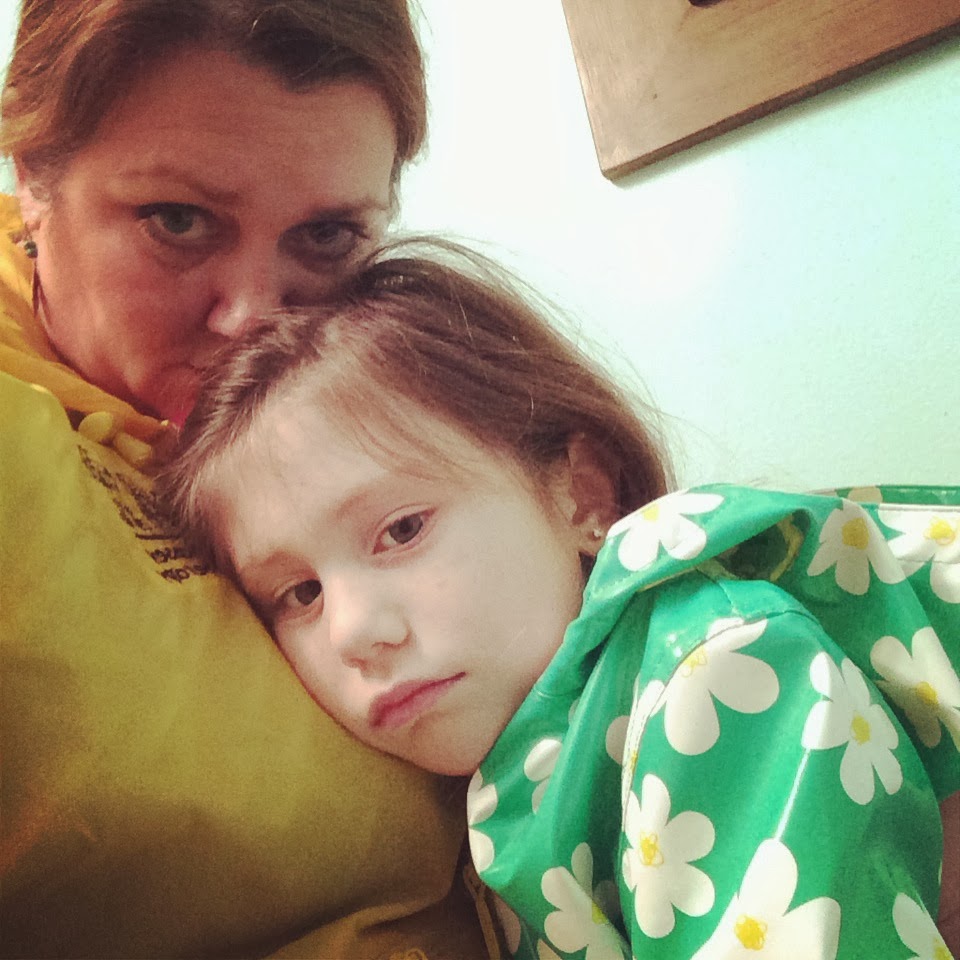 And per her usual, she perked up when we got on with the day.  This is her at my office.  I made her a pallet and quarantined her to my office with doors kept closed all day.  She napped most of the day, but eventually perked up a bit. 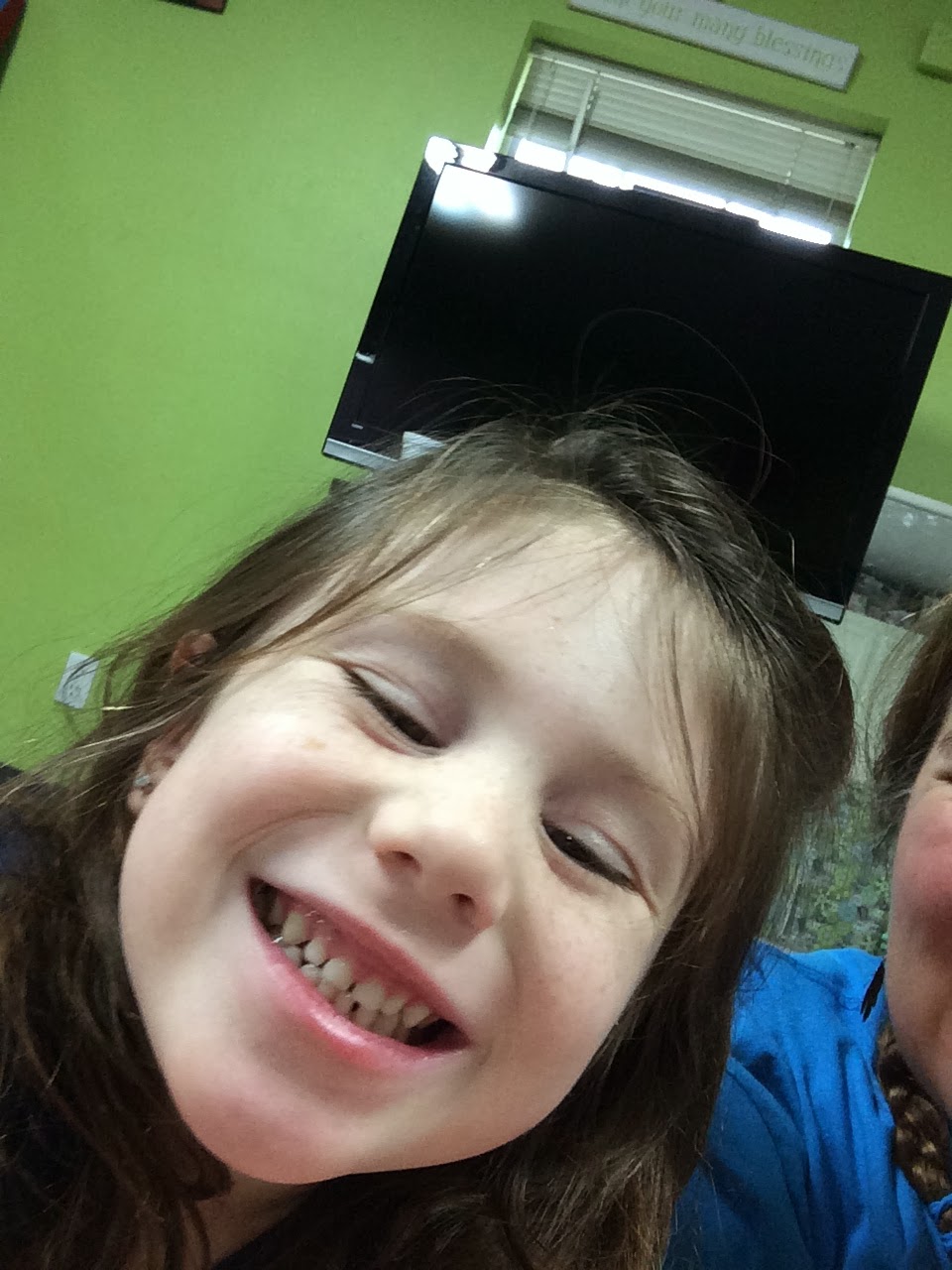 But it hadn't started out so great.  And here's proof for the School Board!! 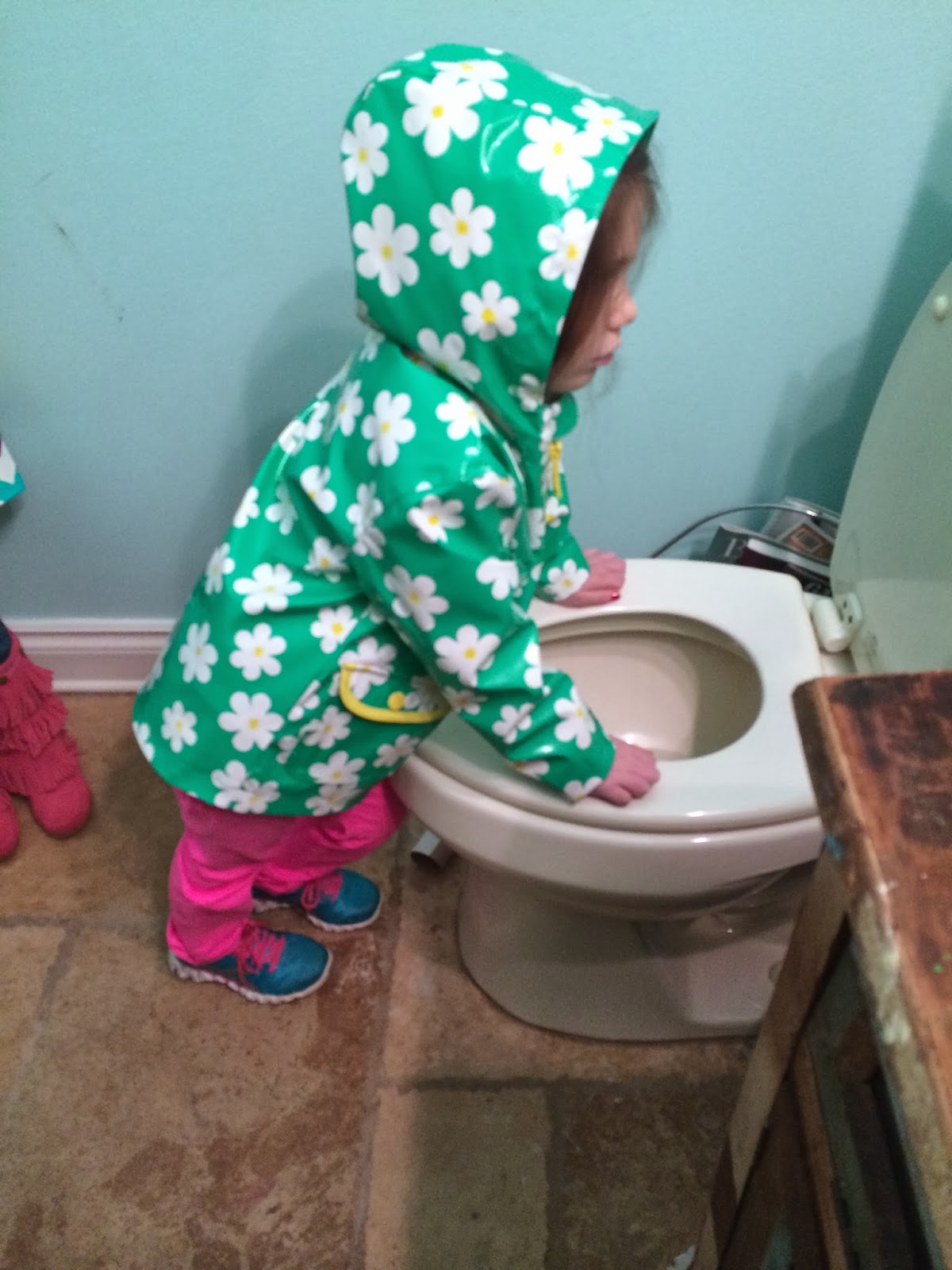 Am I crazy for that?!

All's well in the Groves house now!!  Hopefully that mess is long behind us.
MO
Posted by melanie, aka Mo at 9:53 PM

Bleh...I'd rather have just about any other kind of bug than a stomach bug!

Your "proof pics" were cracking me up, but my heart just broke for little Gabbi. Nothing is more pitiful than when our sweet babies are sick...I'm so glad she is feeling better!

I have not visited your site in a while. I miss your blog you are an uplifting person and Lord knows we need more of you in this world. Adorable Kiddos!!!

I have not visited your site in a while. I miss your blog you are an uplifting person and Lord knows we need more of you in this world. Adorable Kiddos!!!

Poor baby girl! I hate to see little ones sick. There are so many bugs going around right now.

My "baby" came home from work sick Thursday with his stomach. I knew it was bad when I got home and he was not on the couch but in his room sound asleep.

LOVE the pic of Twilight Sparkles on the table looking at G.

Sweet baby looked so pale. I'm glad she's back to feeling like herself.
I had to laugh that you were documenting her sickies for the school board....a mama's gotta do what a mama's gotta do!
Ellie's chevron rain coat is as awesome as her boots.

I have been in a similar situation with my son this school year. With all the flus and viruses this year I know a lot of kids have been out of school quite a bit. Like you I'm not a parent that takes my kids to the doctor when I know it's just a virus. I hate the mornings when he's so excited to go to school and then the throw ups start. Johnathan is notorious for getting sick and yet he'll still give the big smiles. Hoping Gabbi is done with the sickies and Ellie continues to miss it. Don't be embarrassed by the pics if you. We understand the things we do for our kids when they don't feel good. That may mean not always being at our most presentable appearance - there's nothing wrong with that.

Well shucks can't get my old account to work so this is my new one!
-Zhohn

Poor Gabbi Lou! I would think they school would NOT want them to come if they are sick?? Glad she is feeling better now.

You will love your Erin Condren planner. I have been using one for several years. Look around on Facebook...there are lots of groups that show you unique ways to use the planner. I use mine to keep my schedule as well as documenting our year.
Just think: You can use the little photo stickers you have made, fancy pens, washi tape. Let your girls decorate special days for you. It's not just for meetings and appointments! I hope you use it and are able to look back on your year.