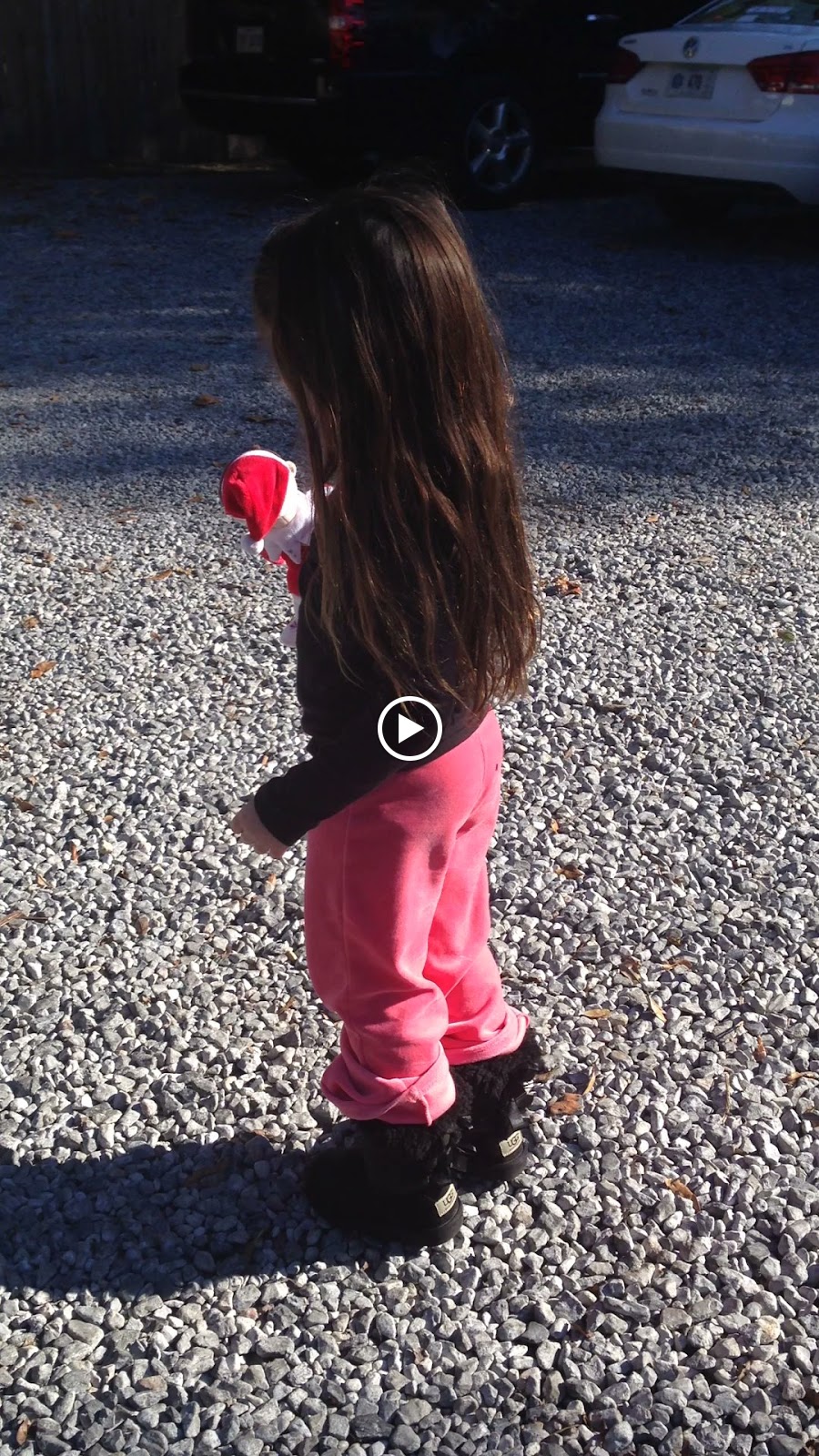 Man, I wish I knew how to load videos to the blog and WHY the ones I do think I'm loading won't actually work.  Cause you need to SEE Gabbi Lou skipping!  We've worked a long time on that!  As has the gymanstics teachers, dancing teachers, and therapists.  And now... ta daaaaah!  Now, she wants to skip EVERYWHERE! 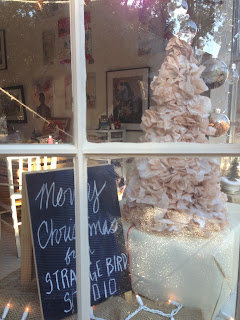 These were pics that were taken around Ocean Springs, MS, when the girls and I stopped on the way home from the beach.  ONe of the many stops that their daddy would've never let us make! 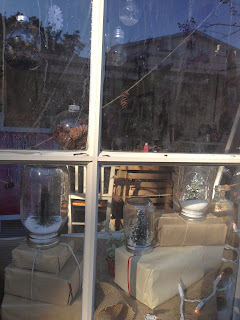 I took my time and strolled around art studios, looking in the windows and gaining inspiration. 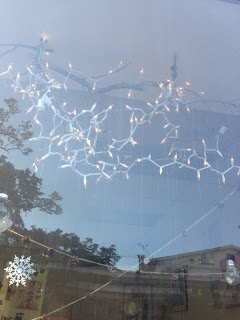 Believe it or not, I don't think I bought a single thing.  But, it was a good stop, nonetheless. 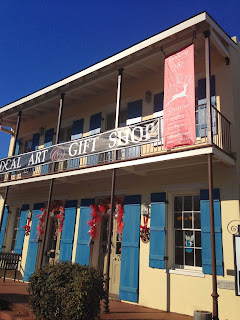 YES... Ellie actually thought she was getting a new Yorkie puppy for Christmas.  Poor kid! 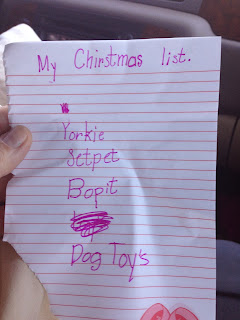 Be looking for these next year!  I loved them!!  I think me and my friends need these! 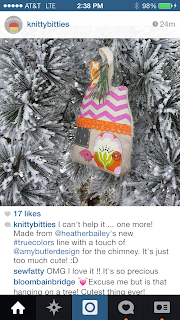 Now, we just have that whole, I CAN'T SEW hurdle to get over.  But that sho ain't gonna stop me! 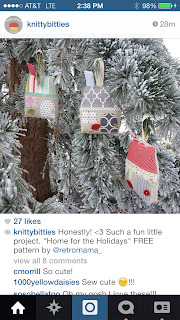 I'm maybe 30% through my December Daily journal!  ANd so, I was steadily gaining ideas and inspiration from Instagram. I WILL complete this!!  Maybe by May, but I WILL have it done! 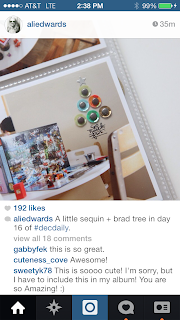 I was thinking that I need Gabby to feature me on "Women We Dig".  Yeah.  I think she should! 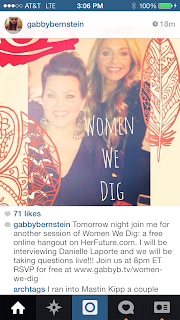 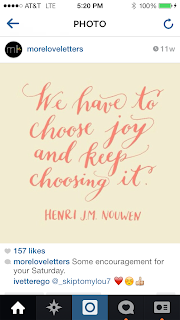 I thought this was a great idea for giving your teacher a gift from the class that she'd REALLY like and use... it is rolled up $20 bills. 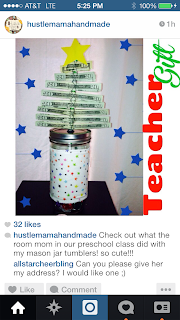 I've been painting with Golden Paints lately and they far surpass any other kind of paint I've used.  Very opaque and shiny and awesome!! 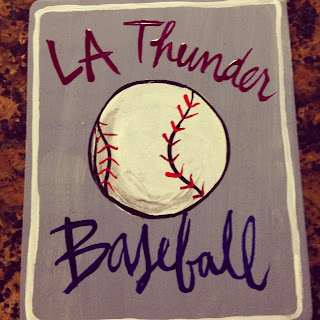 I don't think I mentioned that I let Gabbi buy a new elf on the way to the condo in December.  It was a moment of weakness where the whining won!  She named her "Chippy".  Chippy, we decided, liked to play with our "real" elves, but we could touch this one and play with her, cause she didn't really go to the North Pole. 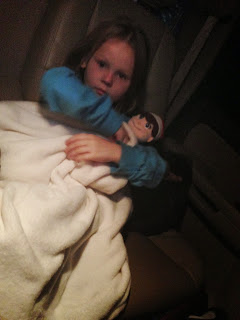 It honestly got a little confusing, even to me.  Chippy is still at the house, while Luke and Lola have gone back to help Santa make the toys for next year. 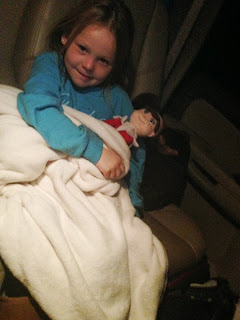 I'm in Wisconsin right now, where the temperature is -13 degrees.  It will freeze yo face!!  I've taken lots of pics, so if you are like us and never get to experience the snow, you'll enjoy.  But, if you're like Amy and Kathryn, and Beth and get lots of it, just skim over it... it'll bore you how excited they were to be in the snow!!  Gabbi L.O.V.E.S it!!  I'm NOT made for the cold. See ya.

Hey you should come to Mayville Wi and taste some cheese!! 331 s main. would love to meet you and the girls!

I am a Wisconsin follower of your site!! You have to love our weather ;) I have you on my bucket list to make it south to one of your retreats!! Enjoy the FROZEN TUNDRA. I am from up by Eau Claire, WI I would die if I actually bumped into you and your family :) Thanks for all your inspiration!!

Love the random posts!!! Yay for snow! This Louisiana girl is so not used to that!

Sheila I agree with you. I am near Janesville, WI and I would just love to bump into Mo and the girls. Mo you are such an inspiration to us. I think when you get that RV you should have a retreat here for us Northerners

I agree with Jeni! I am in Minneapolis, MN area and would love for an up north retreat! A resort on a lake perhaps...

See Mo, there are a whole bunch of us up here, that would love to see that Air Stream pulling in for a retreat in our neck of the woods!
Although, everyone should experience a MoJoy retreat in person, in your awesome art room!
No matter how much snow I see in a season, I've loved seeing your girls experiencing it.

Hi Mo ~ That Gabbi is beyond precious skipping all around. Just adorable. And of course Ellie is too! Your blog is my absolute favorite.
Stay warm in Minneapolis and hopefully some day you will come back to Colorado to see some more snow..........I am still hoping :)
Have a wonderful weekend,
Diana from Colorado

I can't really tell what that first sewn item is in the Pinterest pic. And I am gonna let you in on a little secret. There are alternatives to the sewing machine. You can get stuff that you iron that works like sewing and glues that work like sewing. I am not a great sewer, that is why I like primitive stuff. It doesn't have to be perfect. And I would rather sew by hand than machine.

My mother is a sewing genius. She can look at anything and make it. She can upholster or recover anything. Make any kind of curtains and bedding. She can also make anything or repurpose Anything wood or crafty.

My husband and daughter and I was just talking about coming south to see you. I don't want a retreat, I just want to hang out with you and run around for a week or so. Hit the pt clinics, hang with the neighbors, meet all the family, and meet the duck dudes lol. Then I could spend another week crafting with you lol.

We are different in a lot of ways - but I know we would be friends if we were close! Maybe I could talk you into getting joy tattooed on your wrist like my believe lol lol

We'll be flying in there in Feb 27th. Todd has snow fever now!

The snow is melting! Must have known you guys were coming through. Love that video of that little girl just having a great time on her way to the car! She has come so far.