I'm sure many of you are well aware that we had to make a quick trip to Wisconsin last week.  I made it pretty apparent on Facebook and Instagram.  But, here's the long story...
Todd's grandpa passed away.  This is his mom's dad.  And we felt we needed to be there to support her and Todd's Grandma too. 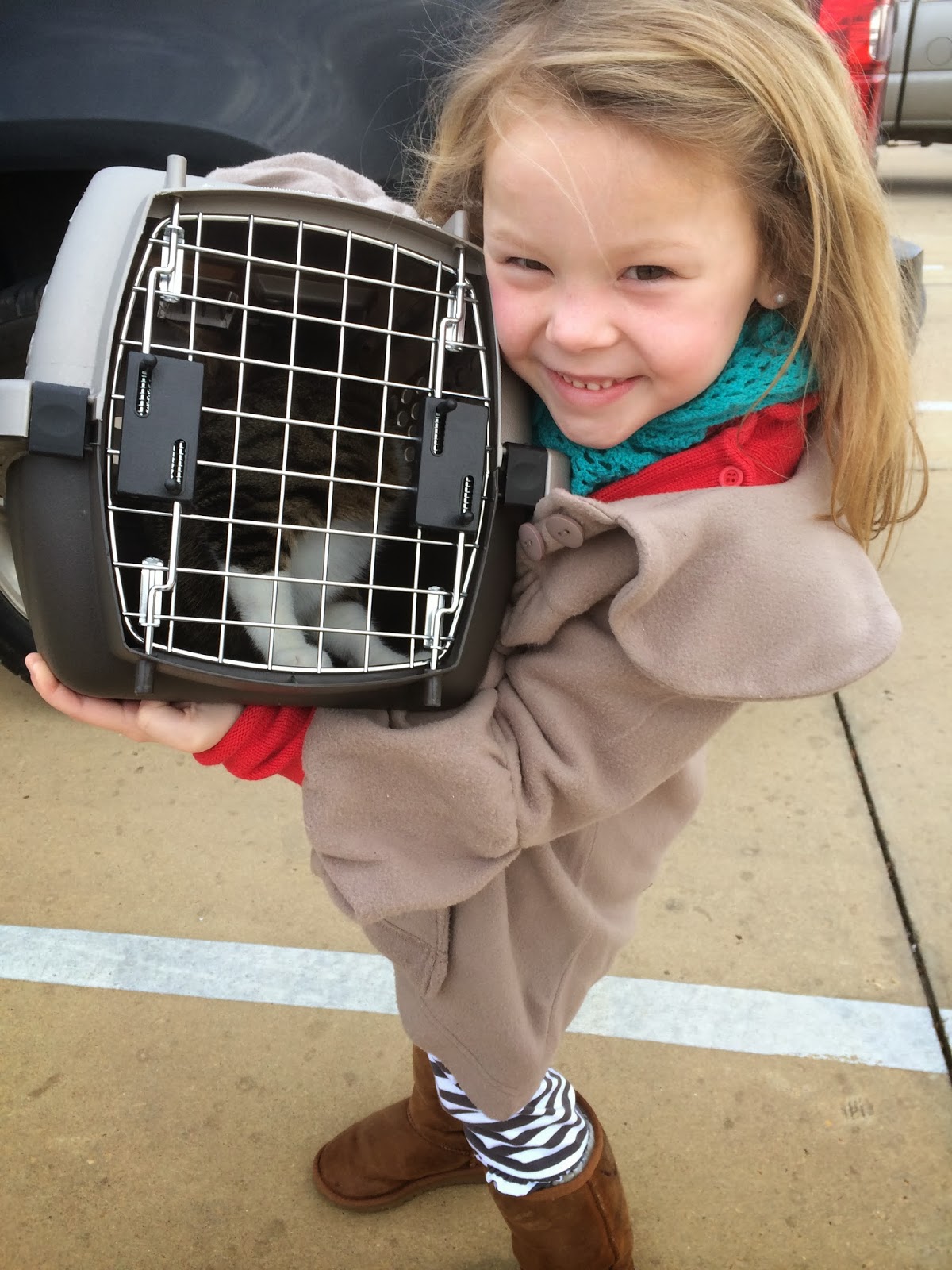 So, we loaded up the animals, packed all the warm clothes we could find, and prepared for a very fast Wednesday through Friday trip to the great cheese state. 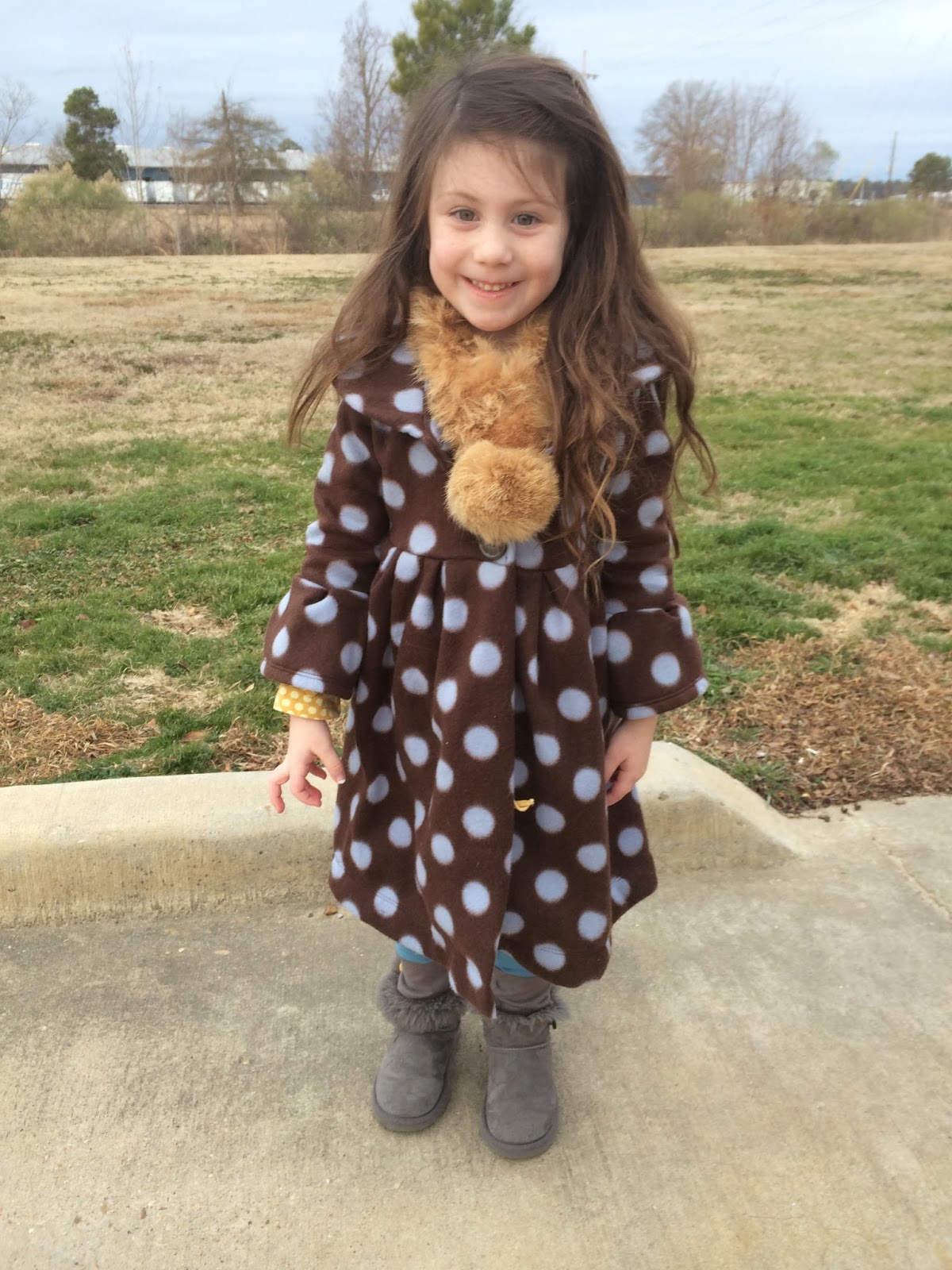 It had been in the -40's or so on Monday and Tuesday, so we actually don't even own the kinds of clothes that one should wear in those conditions.  We through on layers and said a prayer. 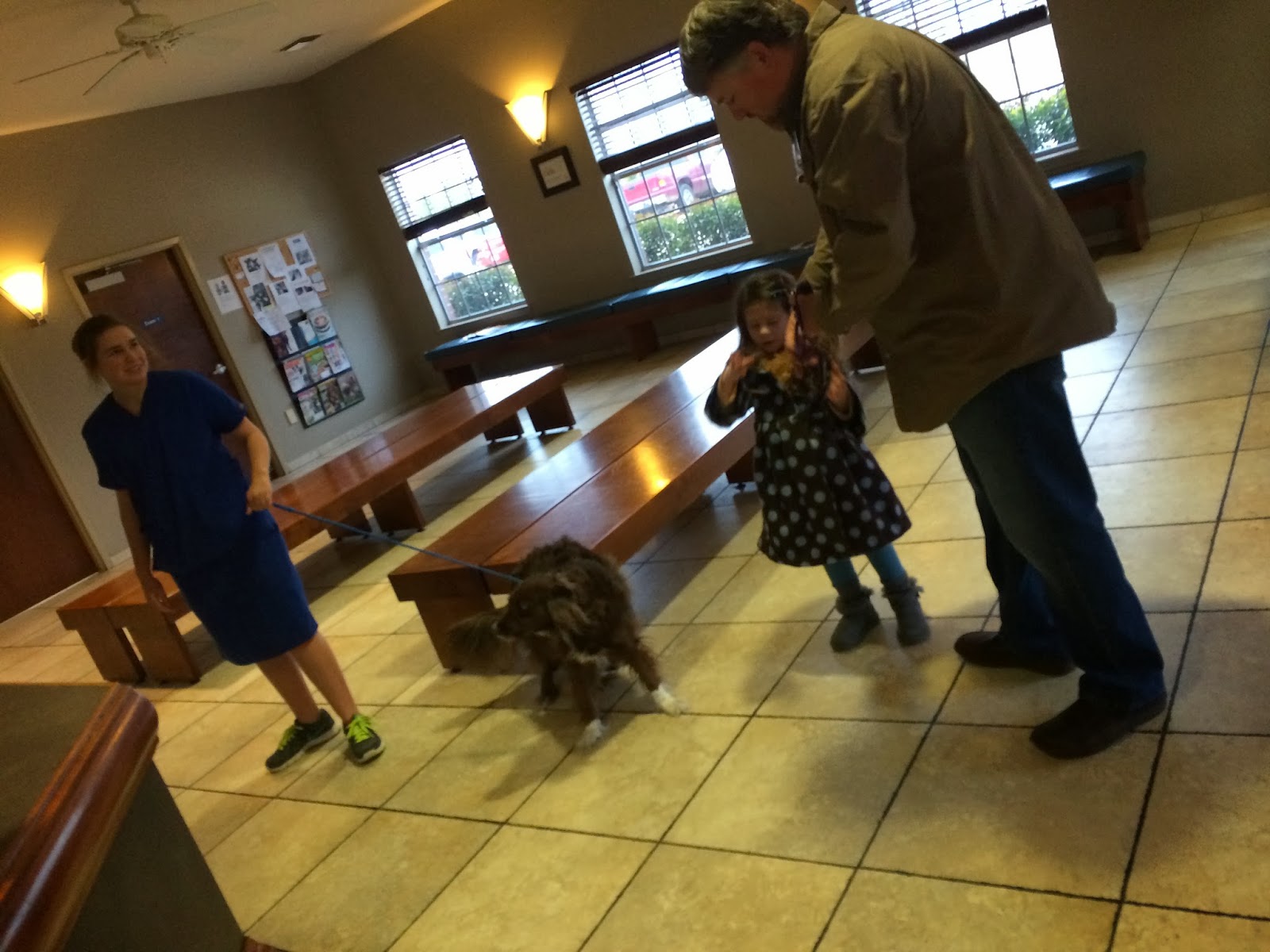 Gabbi did better this time letting the animals go to the boarder.  No tears. 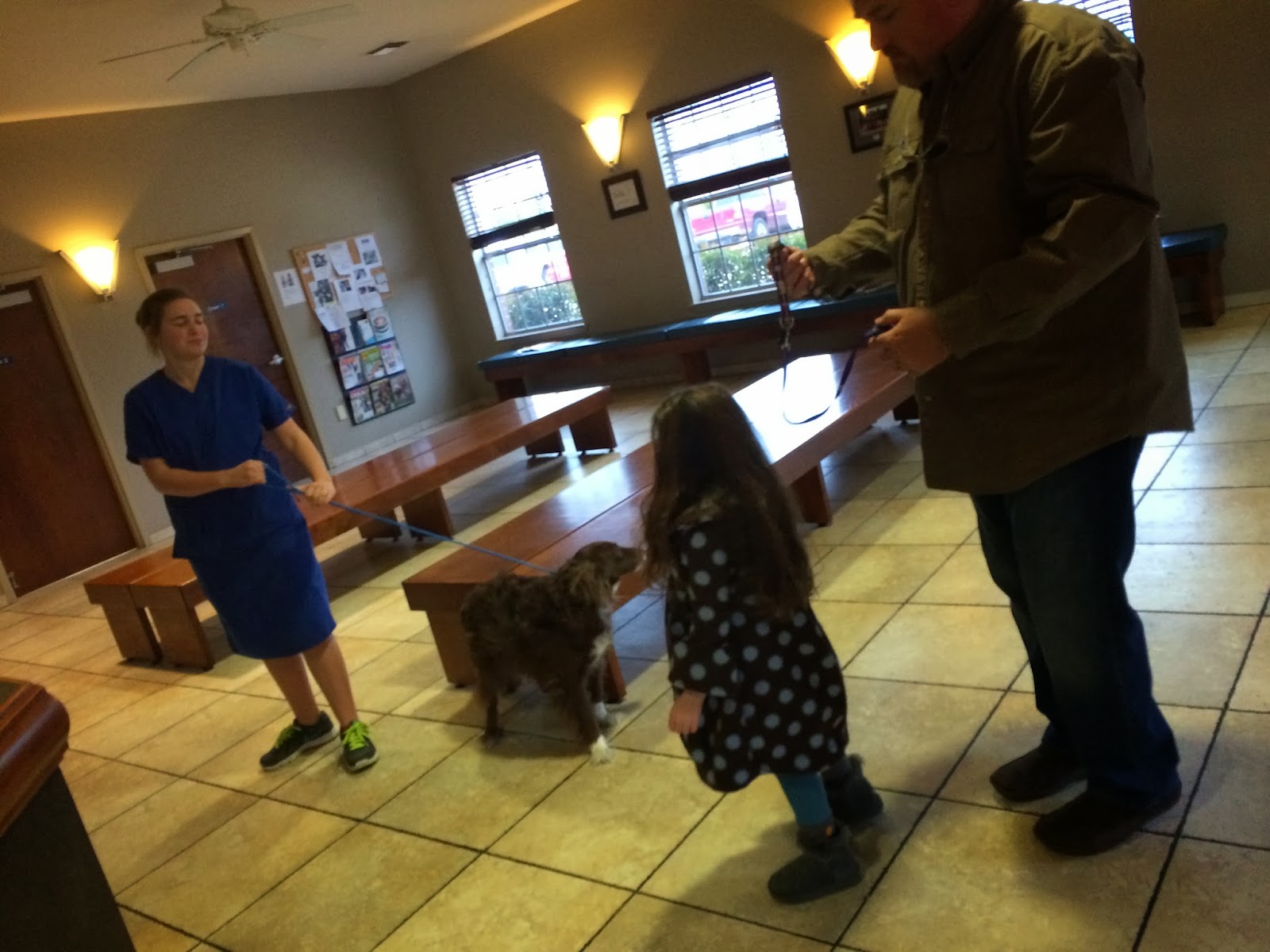 I, personally, would rather hire someone to just hang at the house, but Todd doesn't like to put that off on someone else, so we load em up and take them to the vet's place. 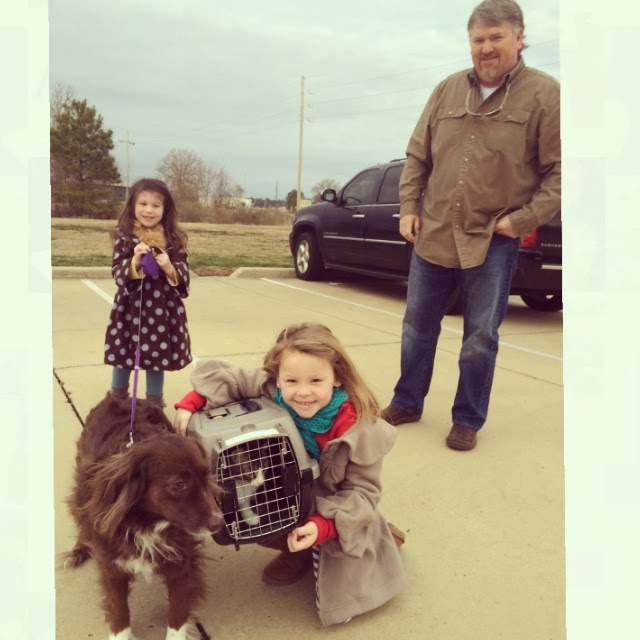 This is the exact moment that Ellie Sue realized that we forgot her backpack full of her "extra work" that she was supposed to do to stay caught up at school.  This girl don't play!! 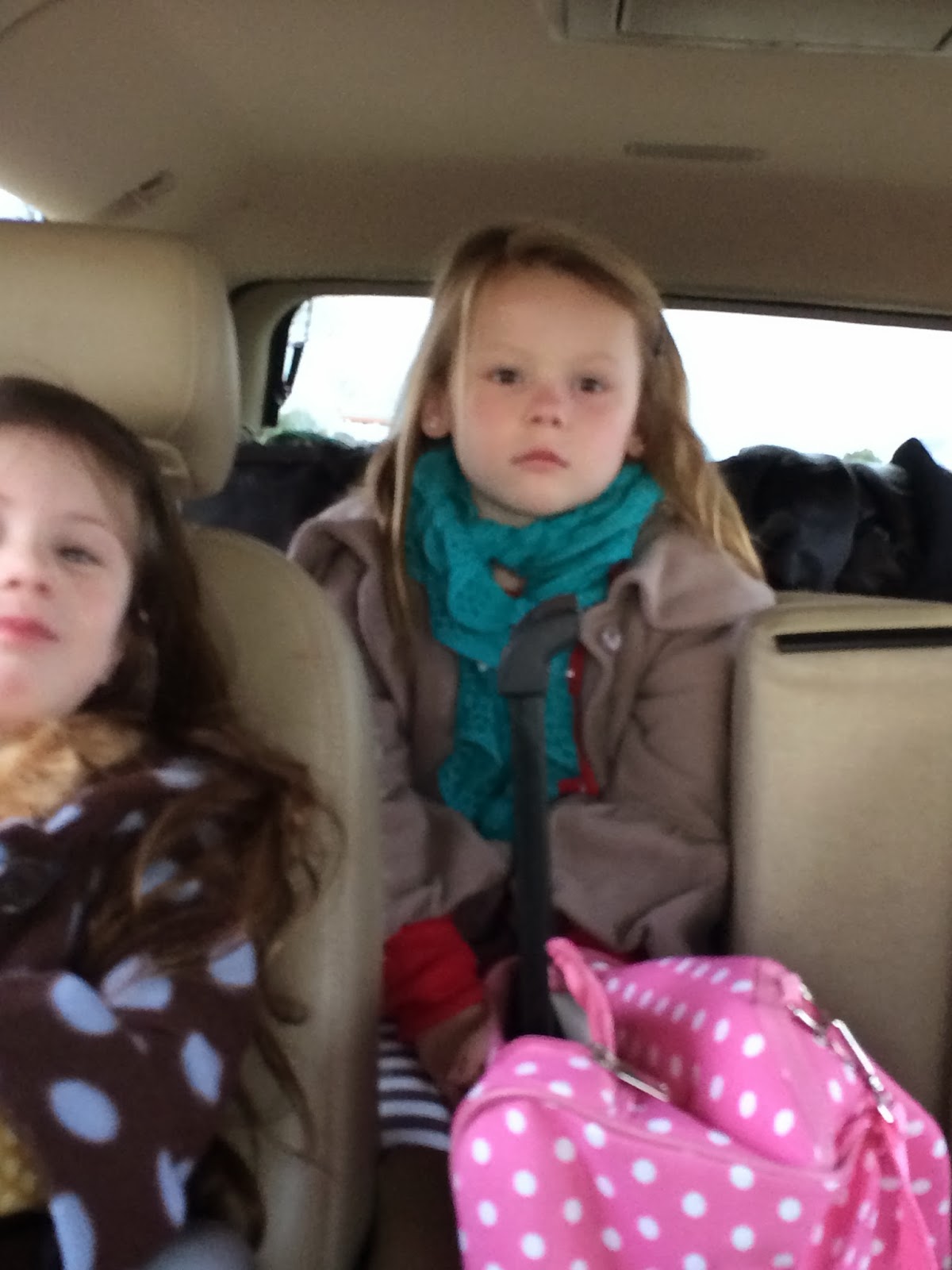 But THIS GIRL DOES!!  And I was sad that we were getting to Wisconsin under these conditions, but I have always wanted to see what weather in the negatives actually feels like.  To be honest, I wanna know what a BLIZZARD feels like. 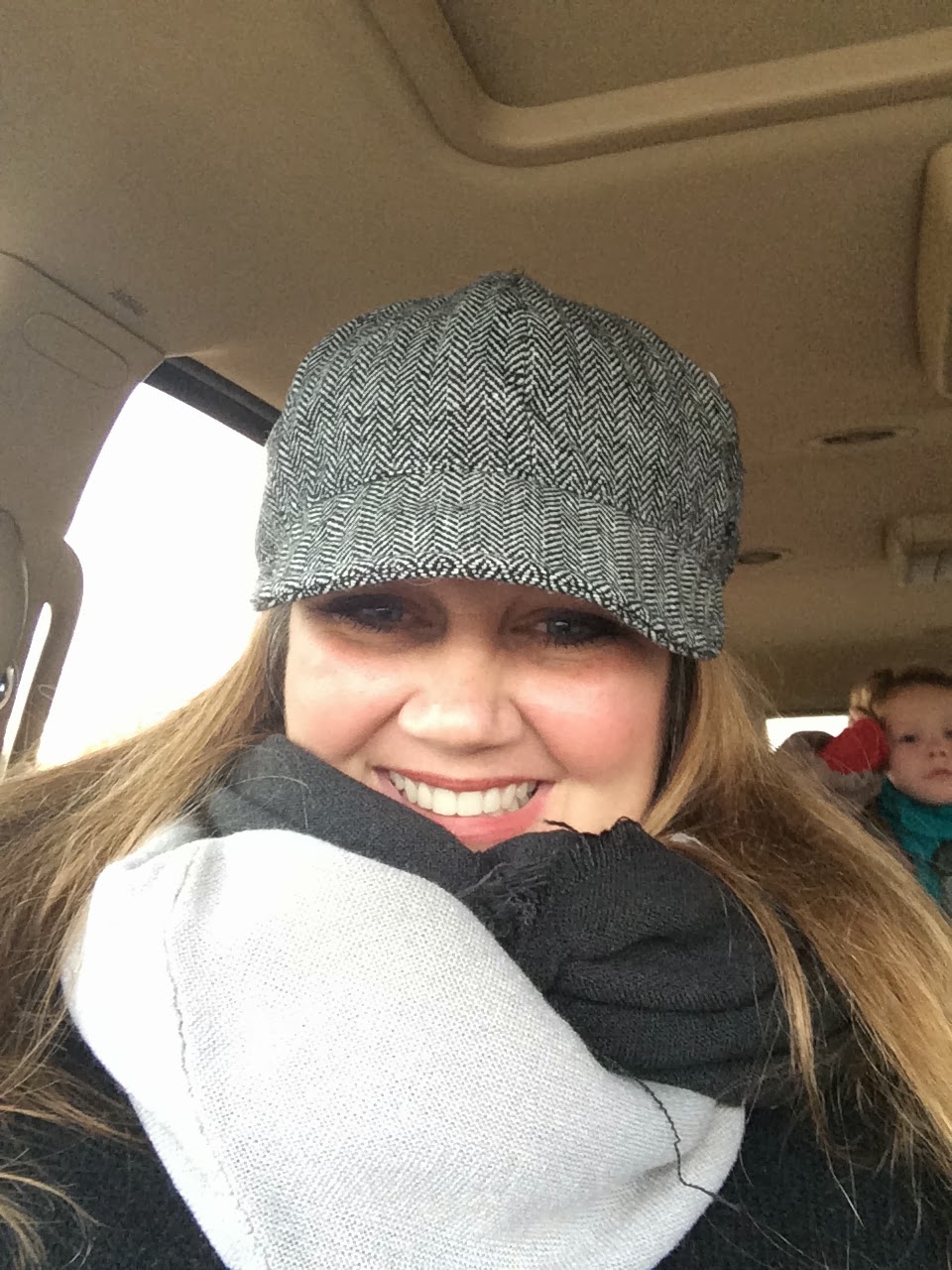 I mean, we never even get to experience snow, so the idea of that kind of cold intrigues me.  It was actually on my bucket list to go to Wisconsin in the winter.  The rare occurrence that we even get to go is always in the heat of their summer. And we have heat here!! 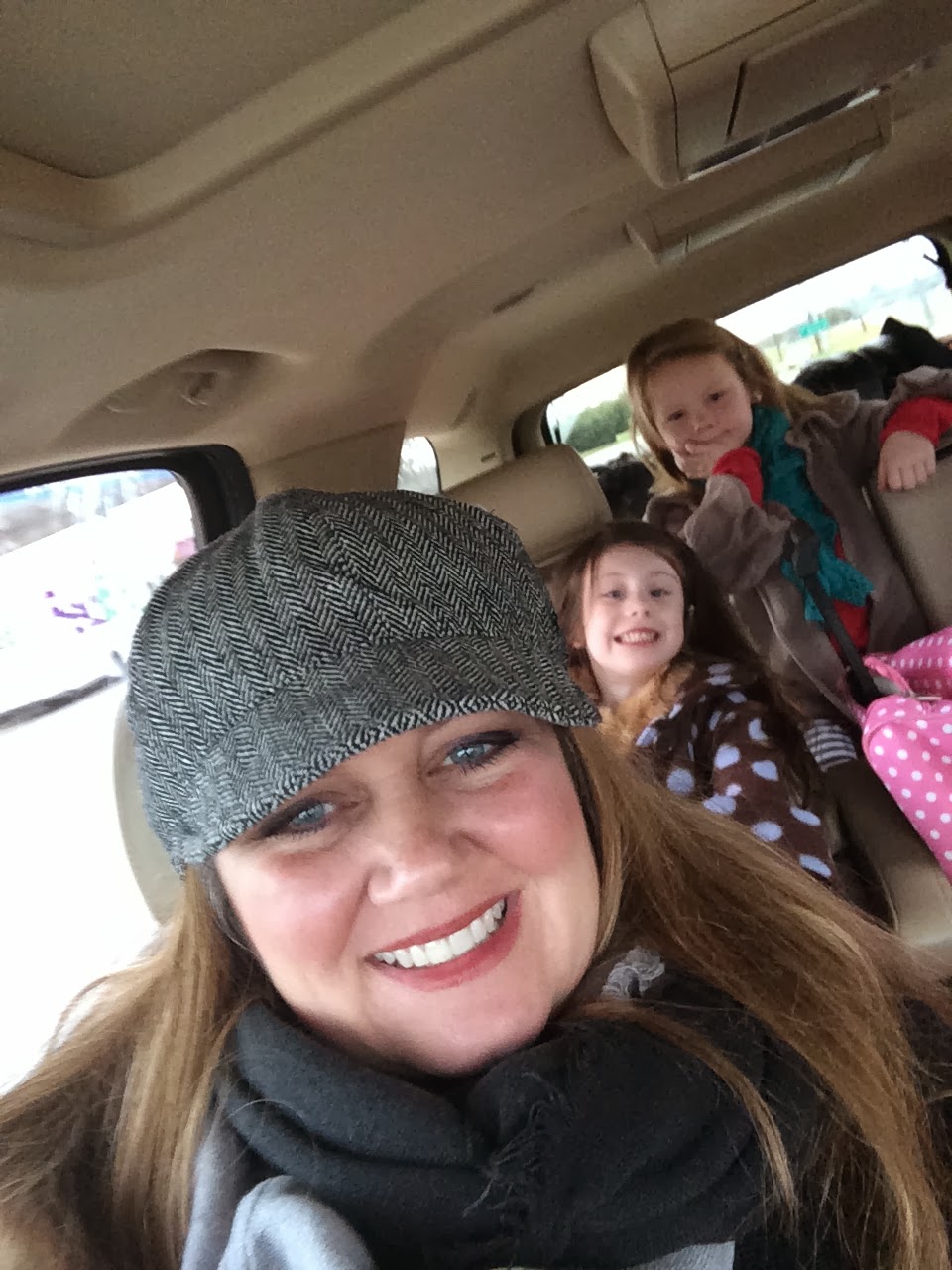 And let me tell ya... we got to experience it alright! 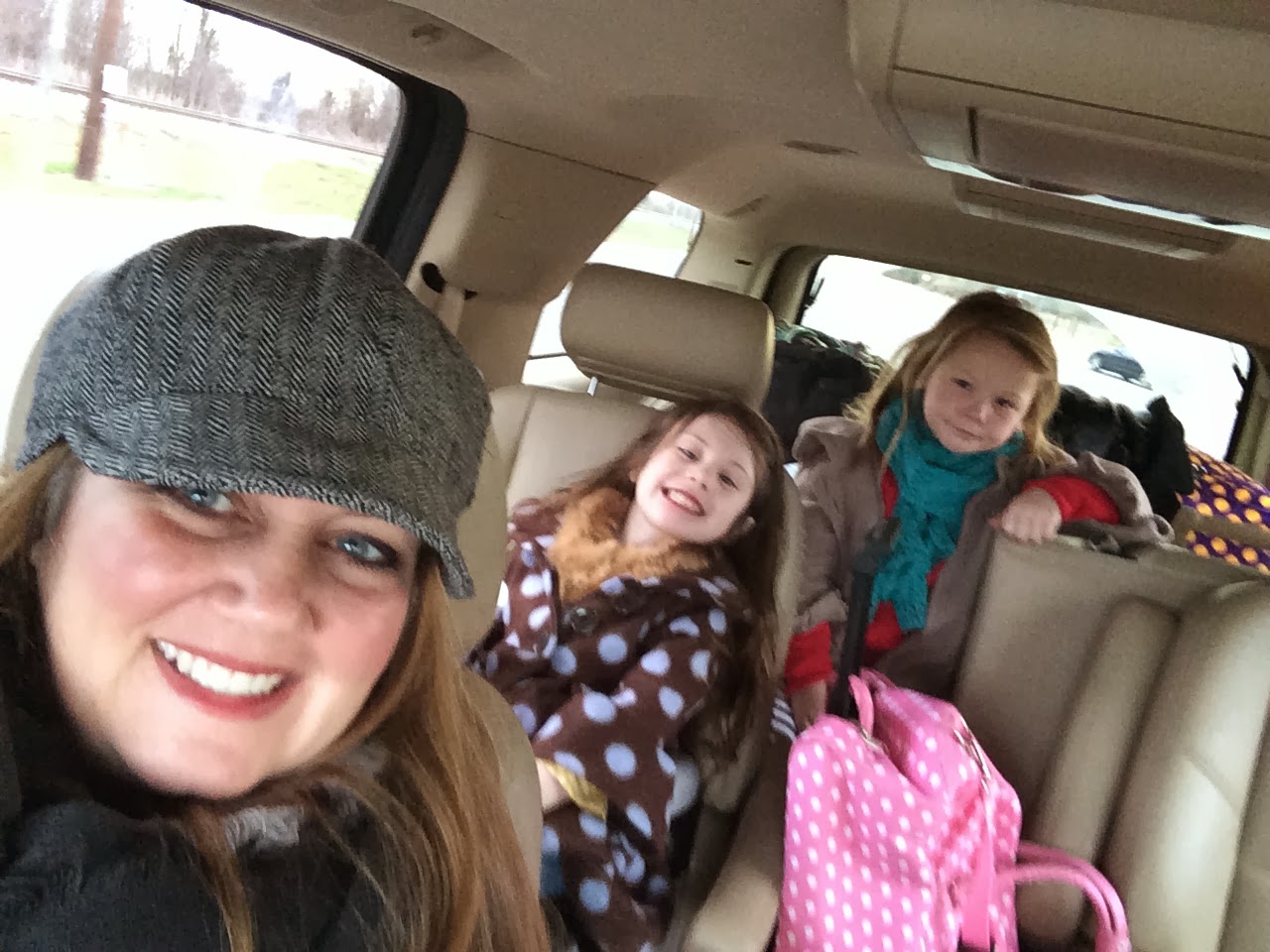 We shot a thumbs up to JinJin and Mary Allison, via text,  and got ready to board. 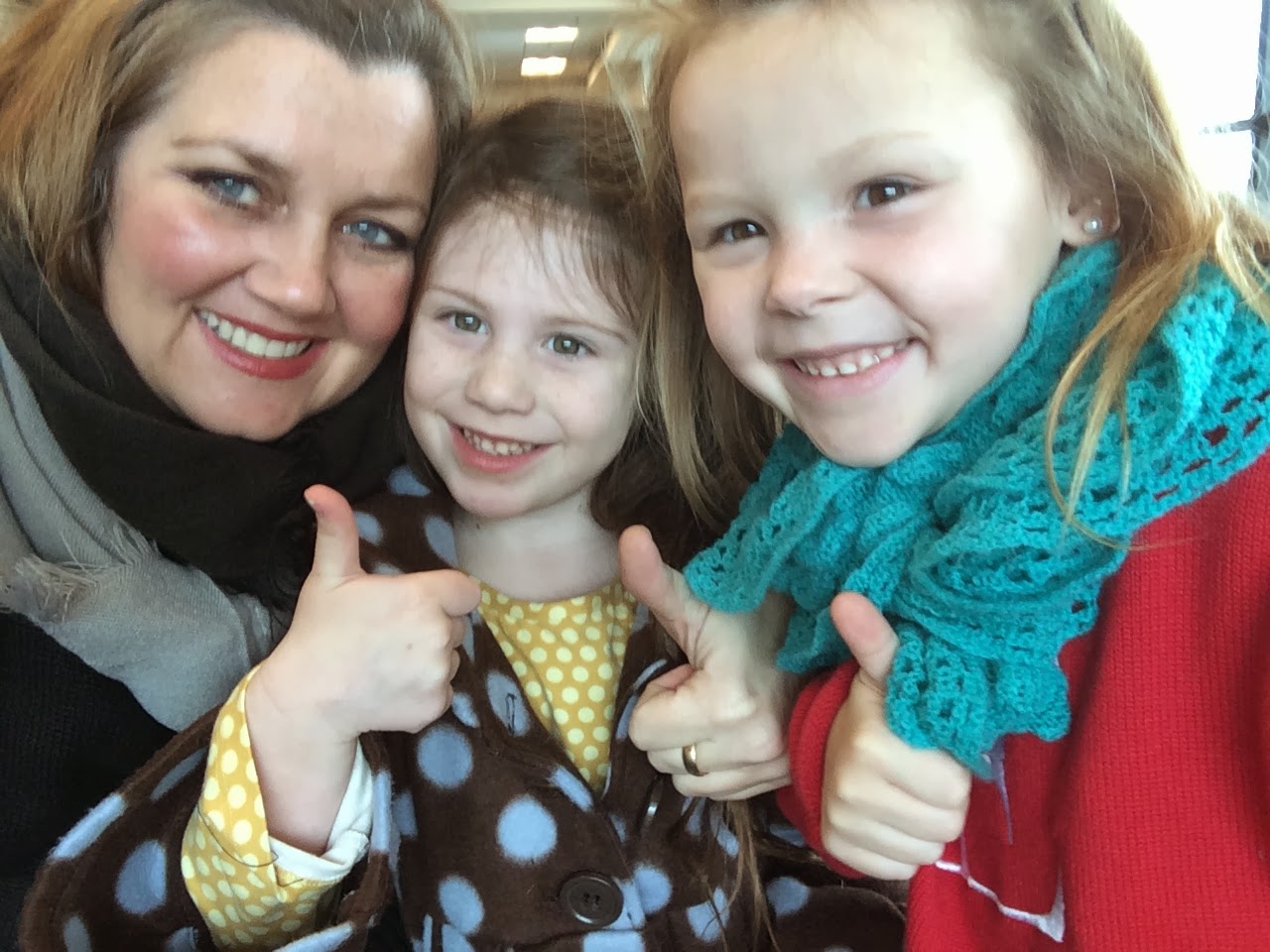 We passed our Duck Dynasty boys, who by the way were also in the gift shops in the Madison, WI, airport.  SURREAL! 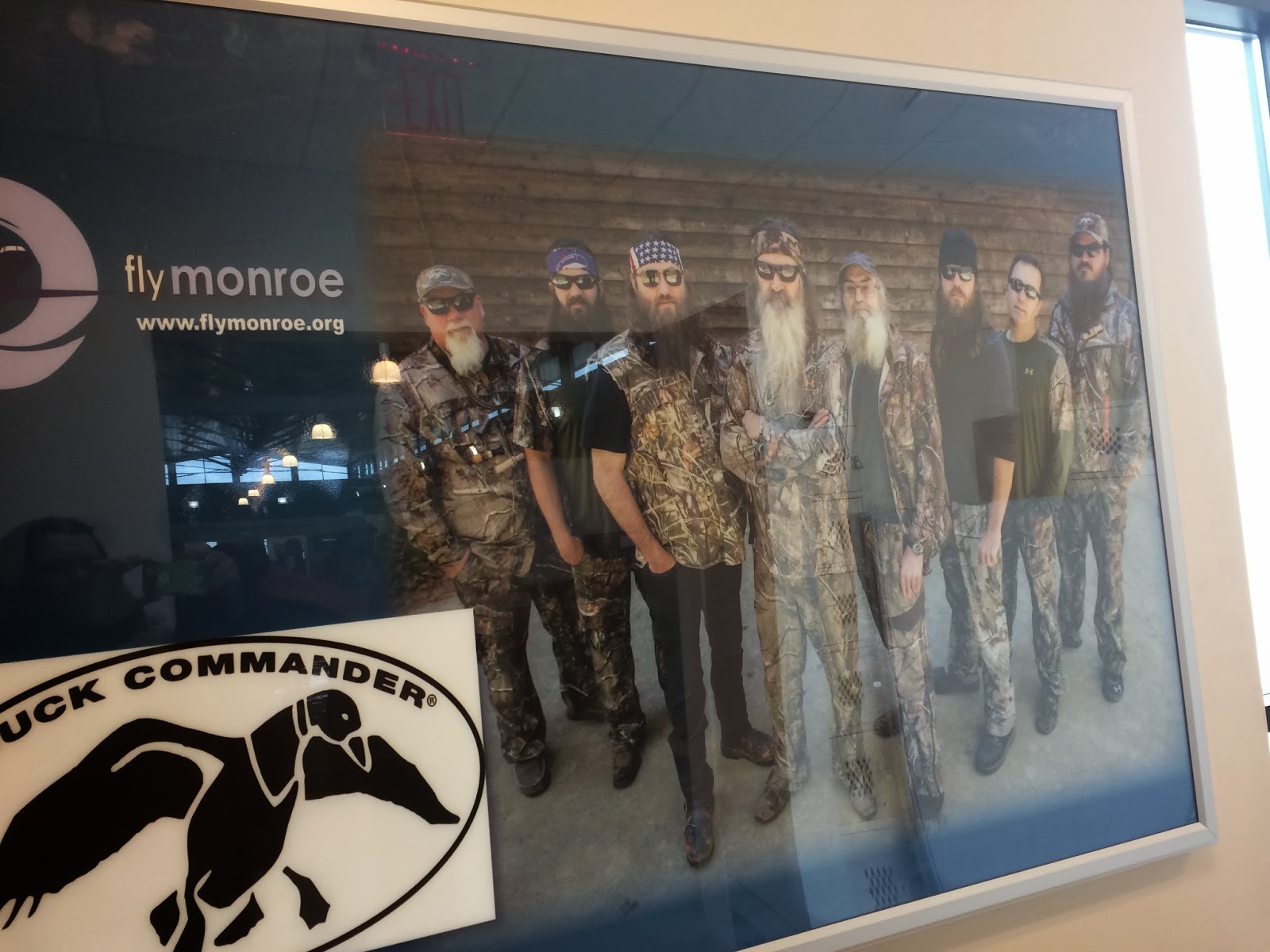 And then my little travelers were on their way.  Ellie insisted on pulling her own bag the whole trip! 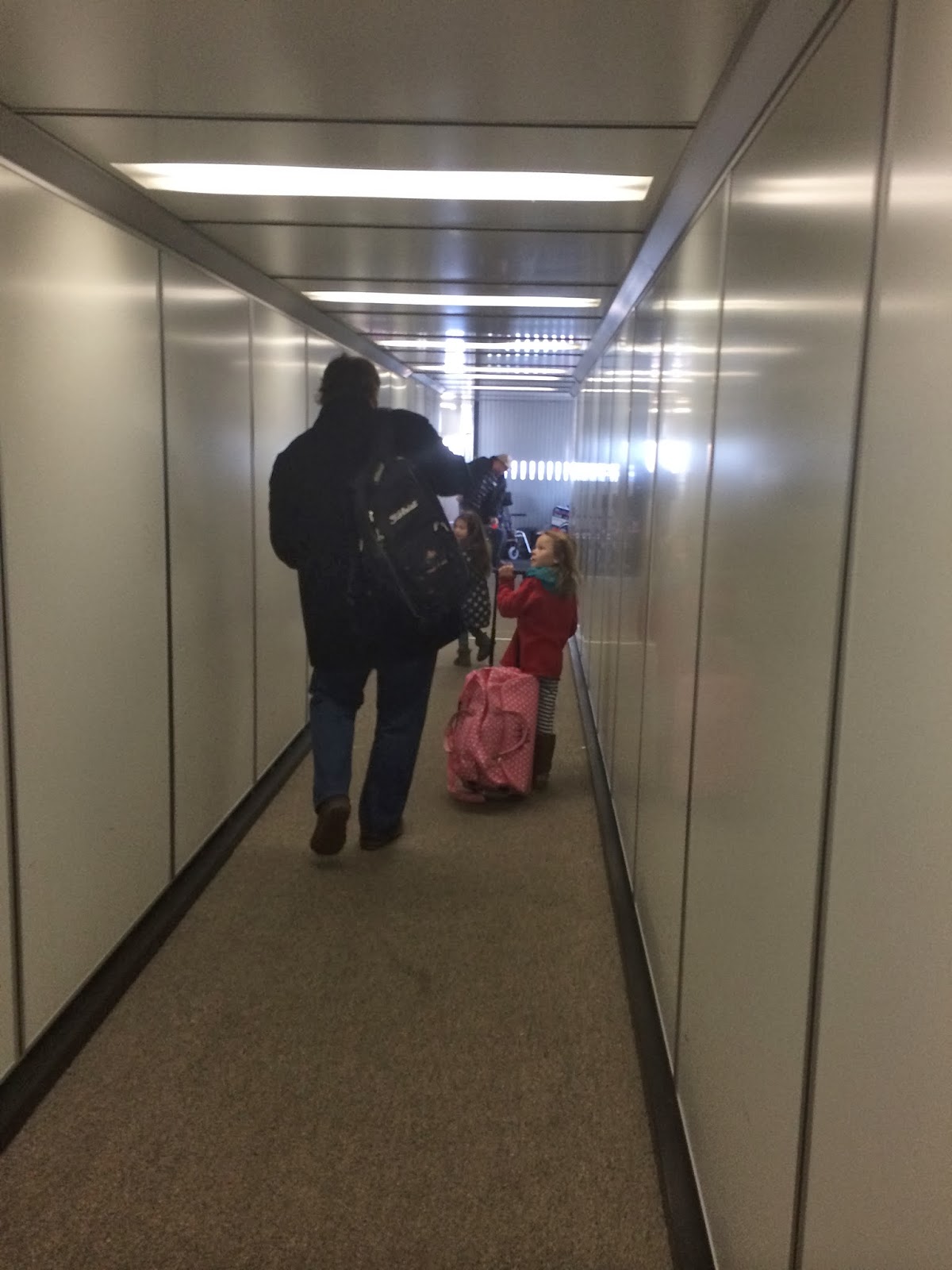 We usually let her lead the way, by teaching her about "gates" and "terminals" and how to look at the departure and arrival boards to see where we needed to go next. 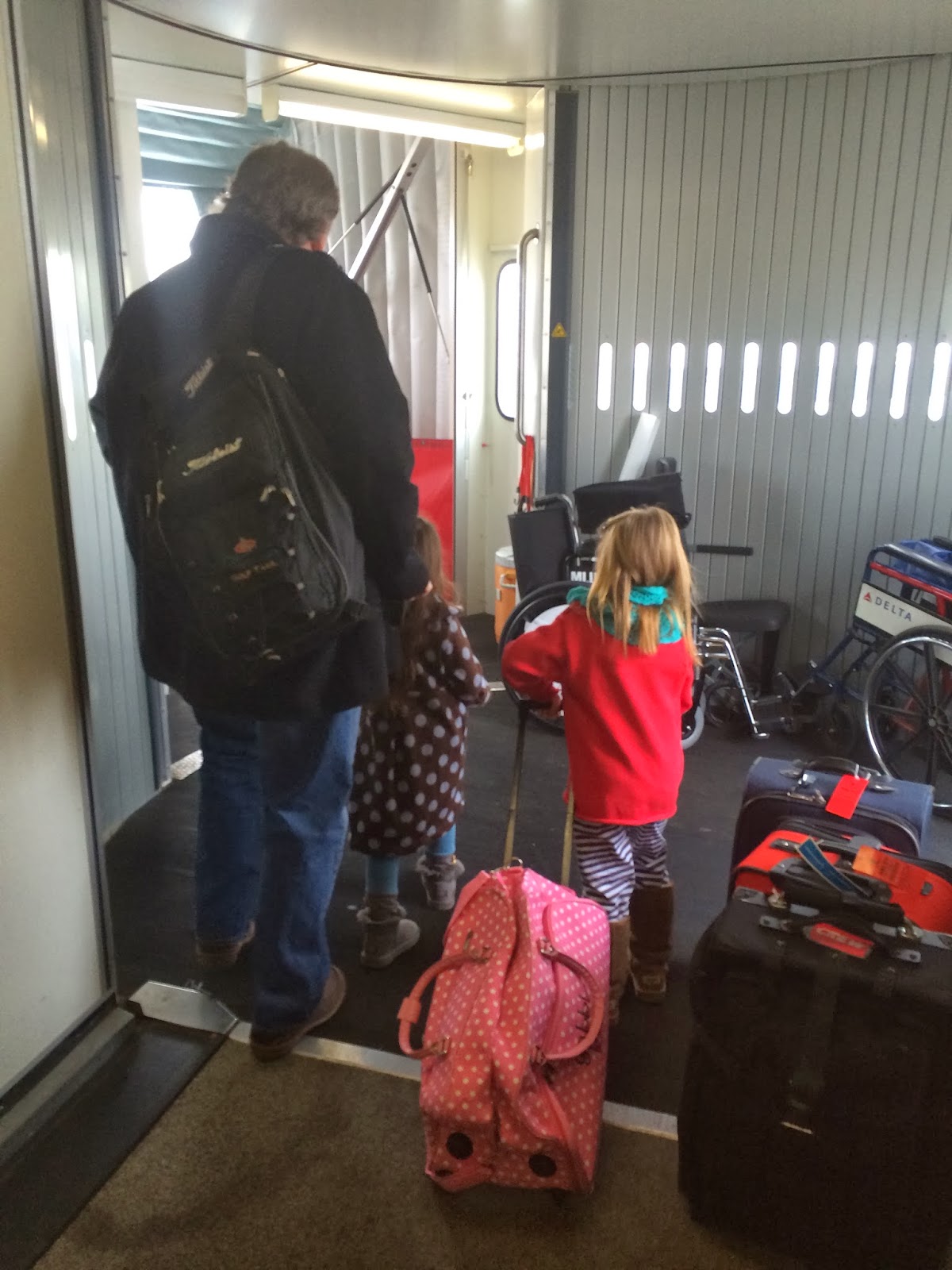 I remember when I first started travelling alone, and how intimidating it all was.  I want my kids to be able to travel safely and confidently.  Someday.  When they are big important business women.  ha 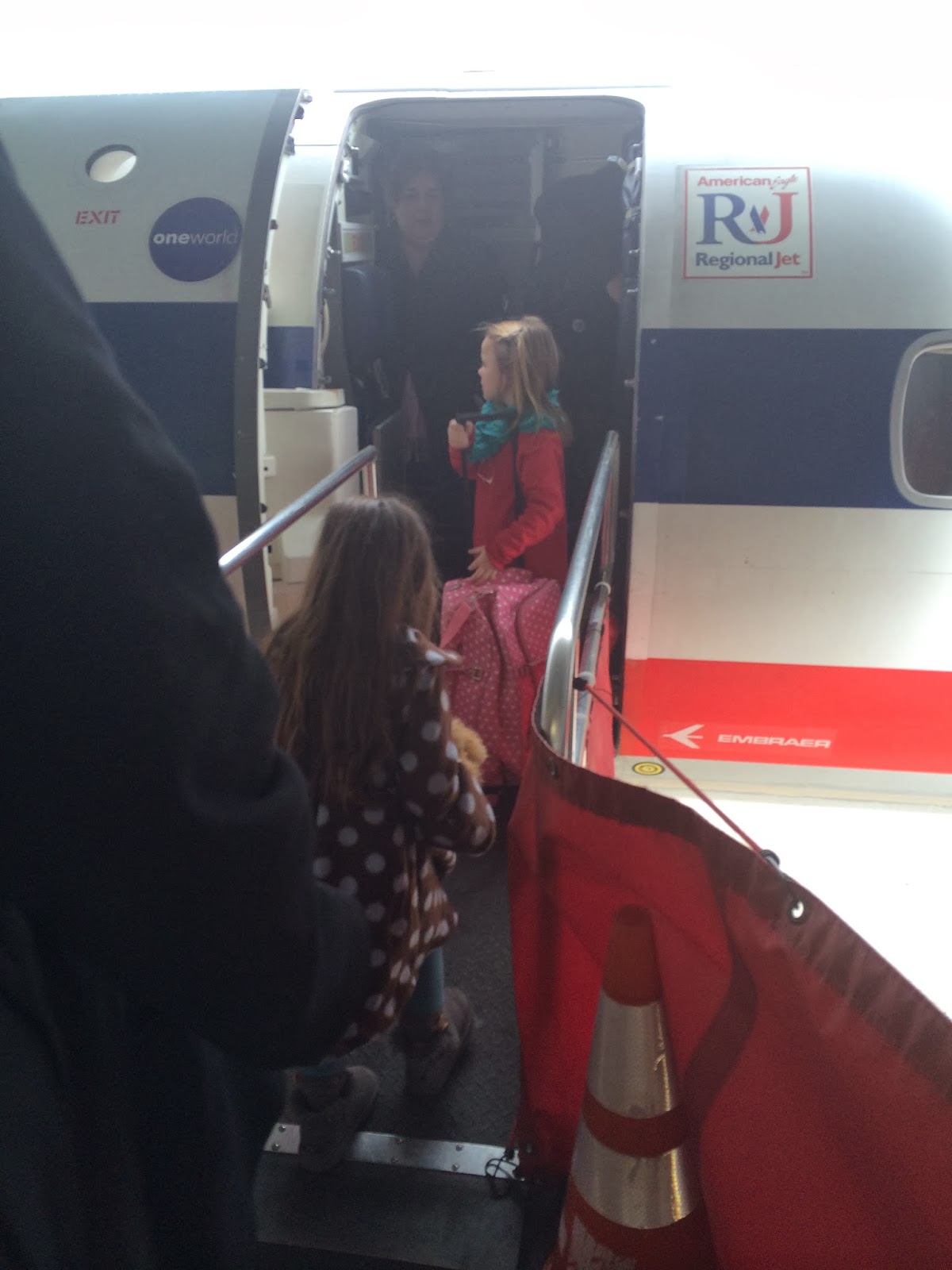 Dad had the right idea when he asked Santa to bring the girls mini iPads and headphones.  Those suckers were lifesavers on this trip.  They kept them SO engaged!! 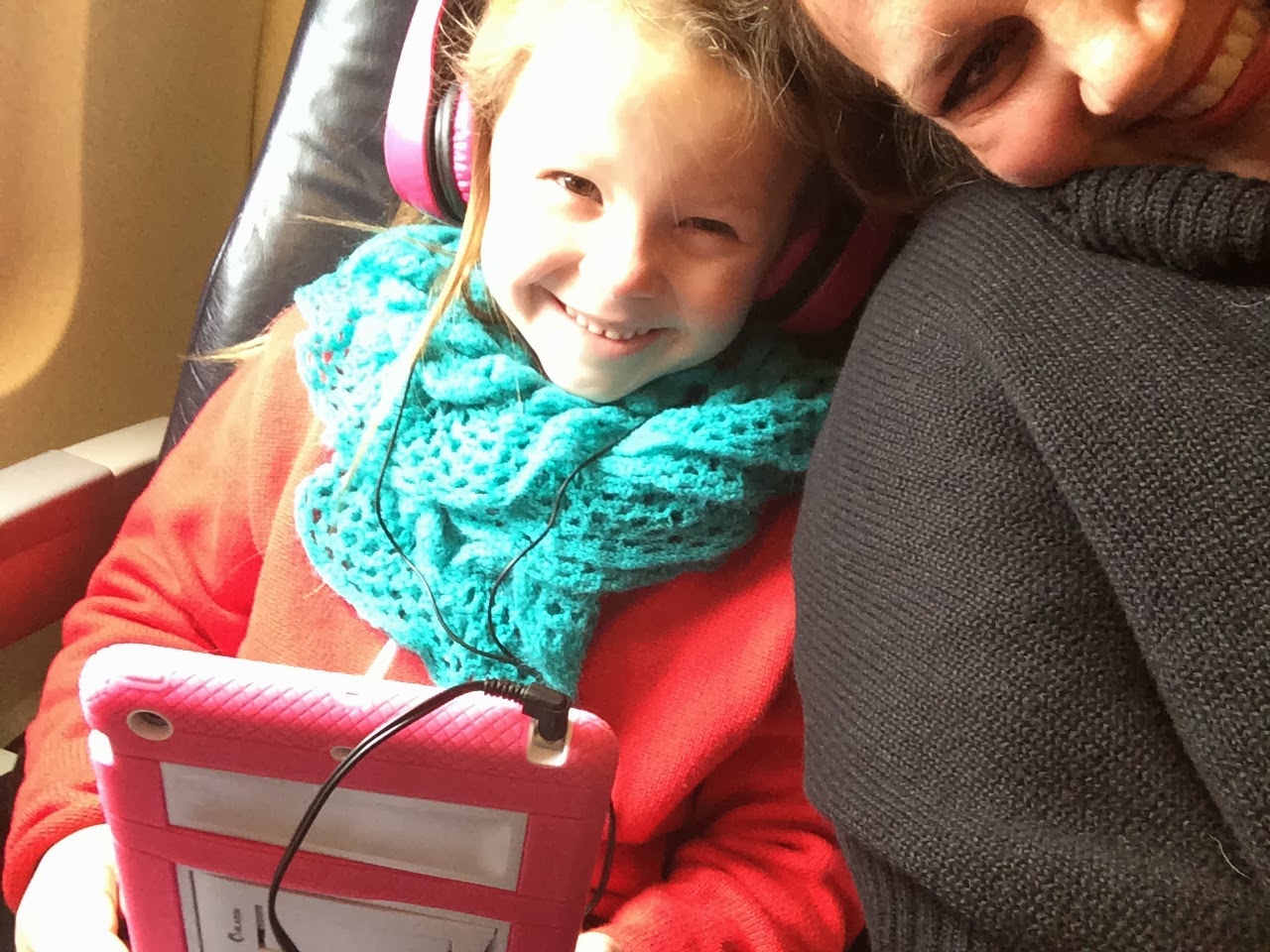 And Ellie wore them around her head like all the tweens (and rap stars) are doing these days. 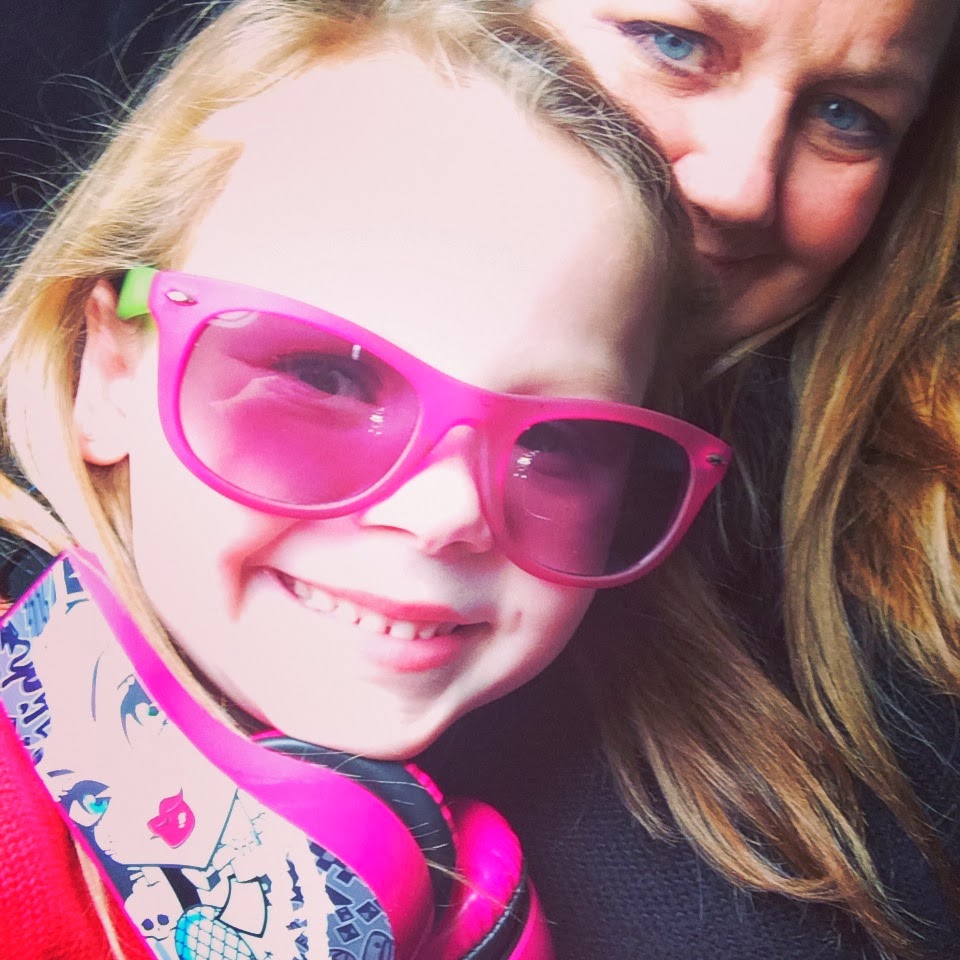 This would be the notebook that I let Gabster draw in .  And this would also be the notebook that I had ALL of my dreaming and ideas and thoughts and conversations with employees, and detailed ideas of what I needed to discuss with EVERY clinic leader, and personal and business annual goals, and conversations with the clients I am coaching, and assignments to those clients.... and... 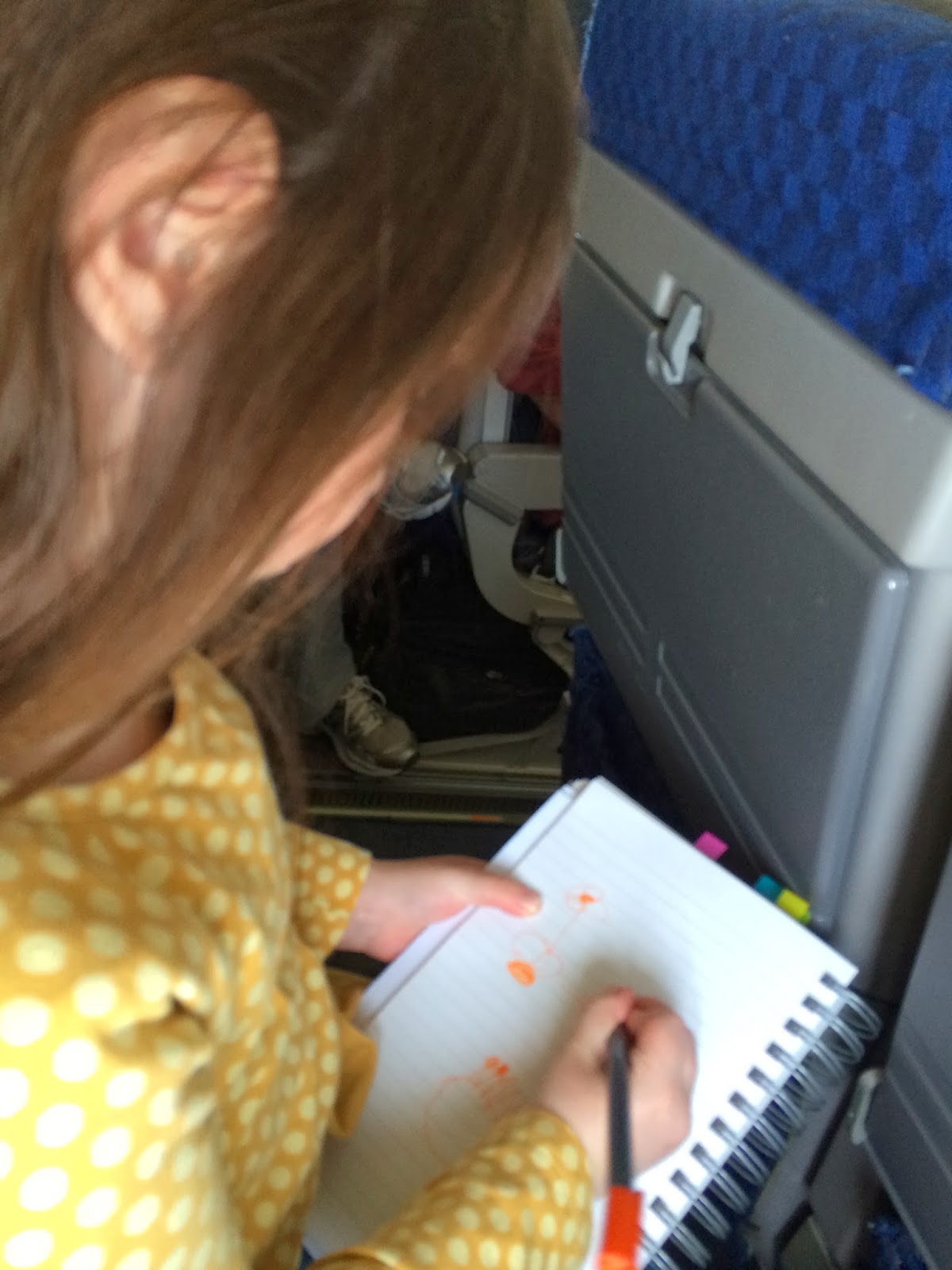 the same notebook that got LEFT on the plane!! 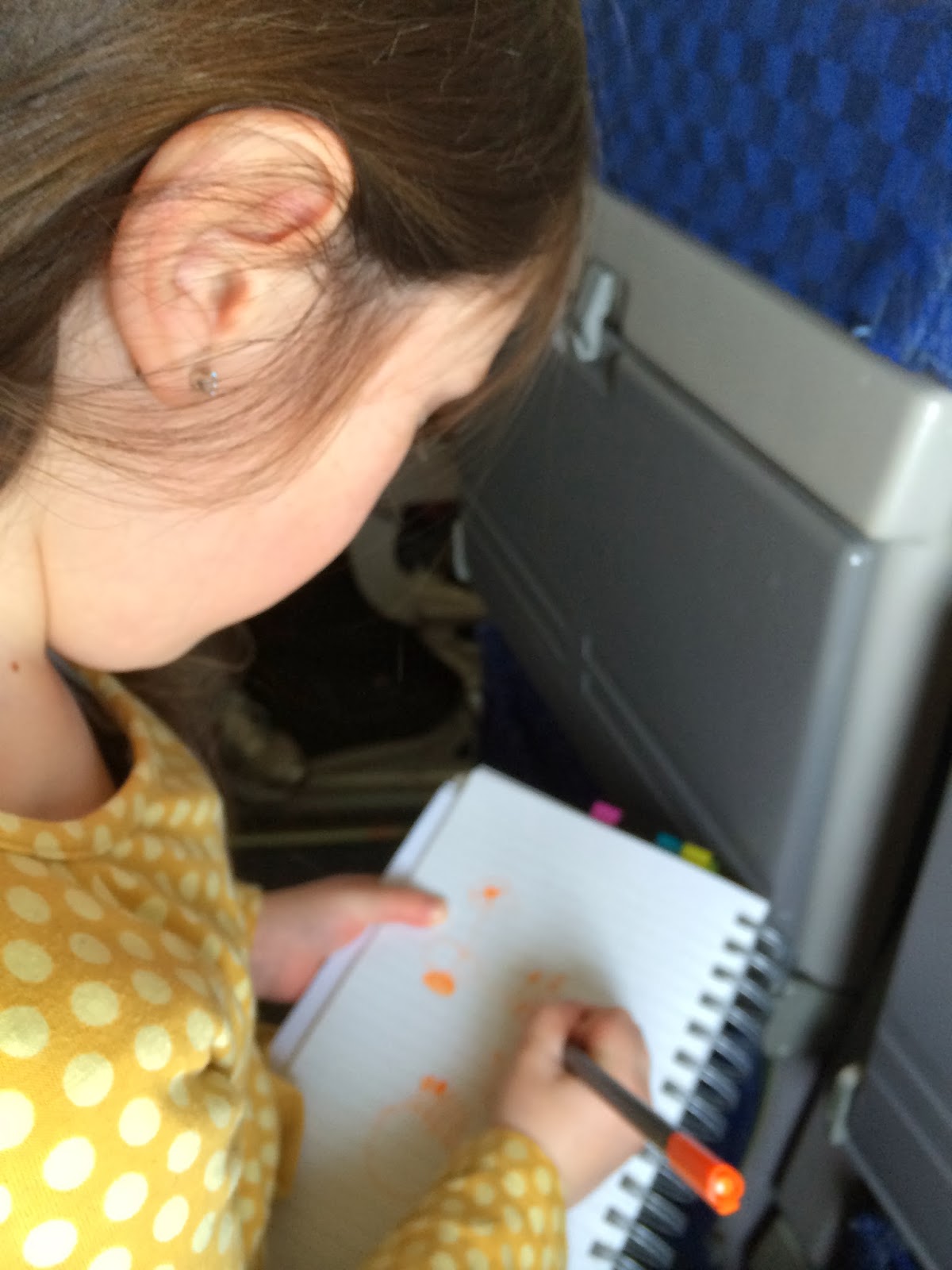 I didn't really freak out though.  I was calm.  I told Todd (and he KNEW how much stuff I'd been working on and putting in that little notebook) that I just really felt that there was so much WORSE that could've happened, and well, that just wasn't the end of the world.  I had a fairly positive response, in fact.  I was thinking of things that would've been worse, and suddenly, it was no big deal at all.  I most wanted the notes from coaching sessions, as I needed to know where we'd left off as to not sound like a heartless coach who knew nothing of her clients.  When I write it down, I don't "have" to remember it all, cause it's within arm's reach.  Unless it's left on a plane! 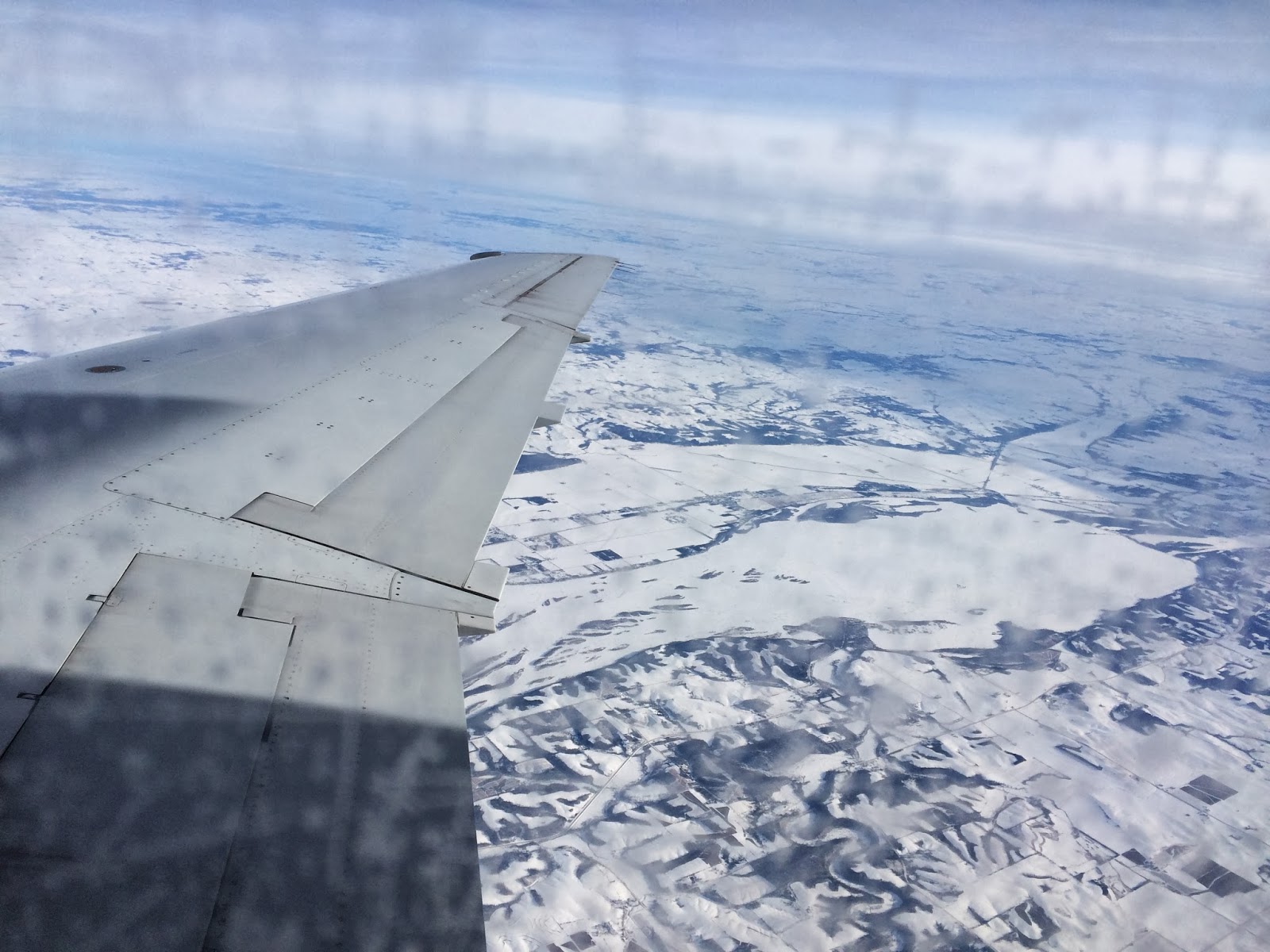 Would ya look at that?!  I could NOT BELIEVE all the snow we were flying into. 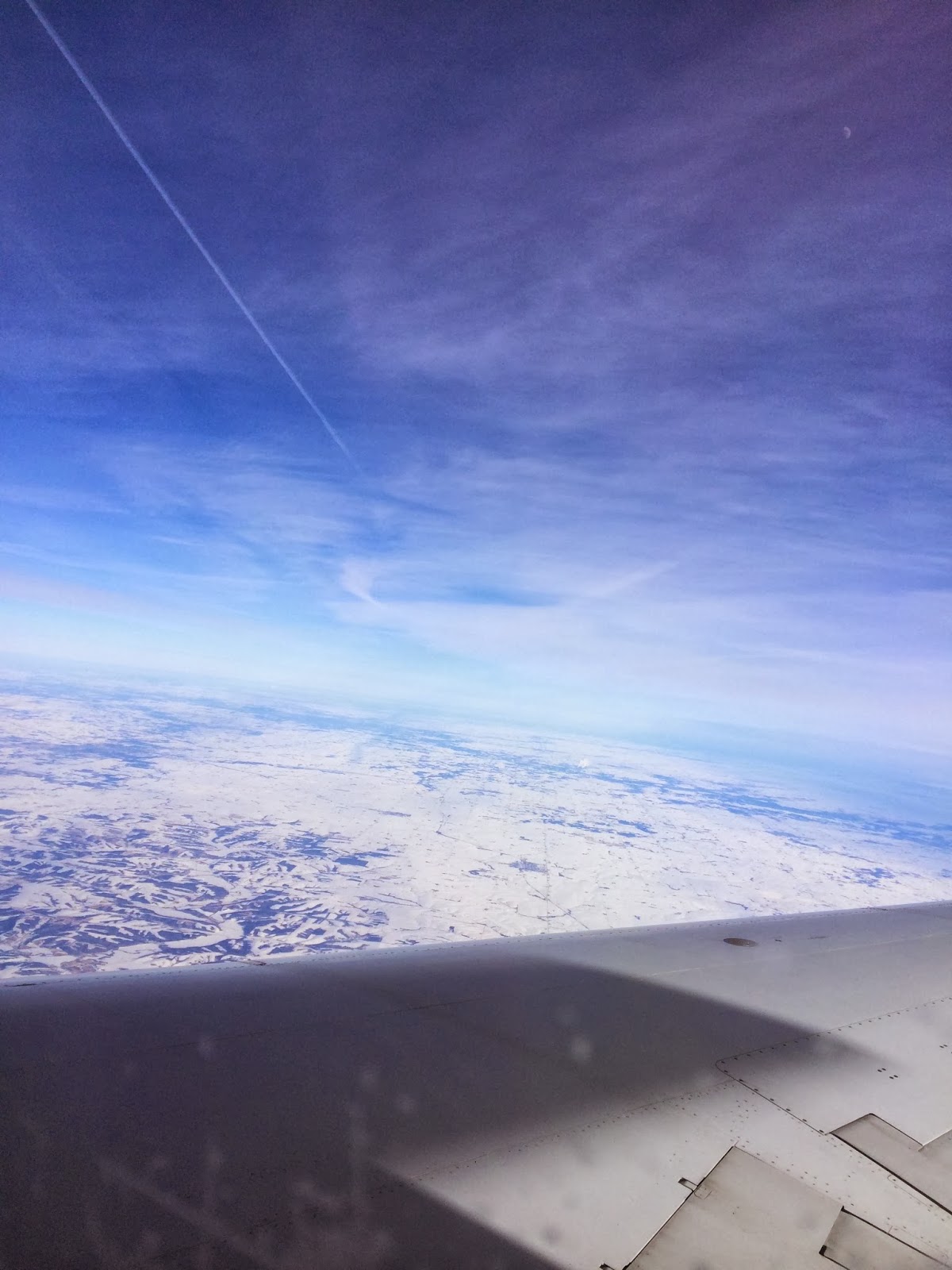 I just didn't expect to see that for some unknown reason. 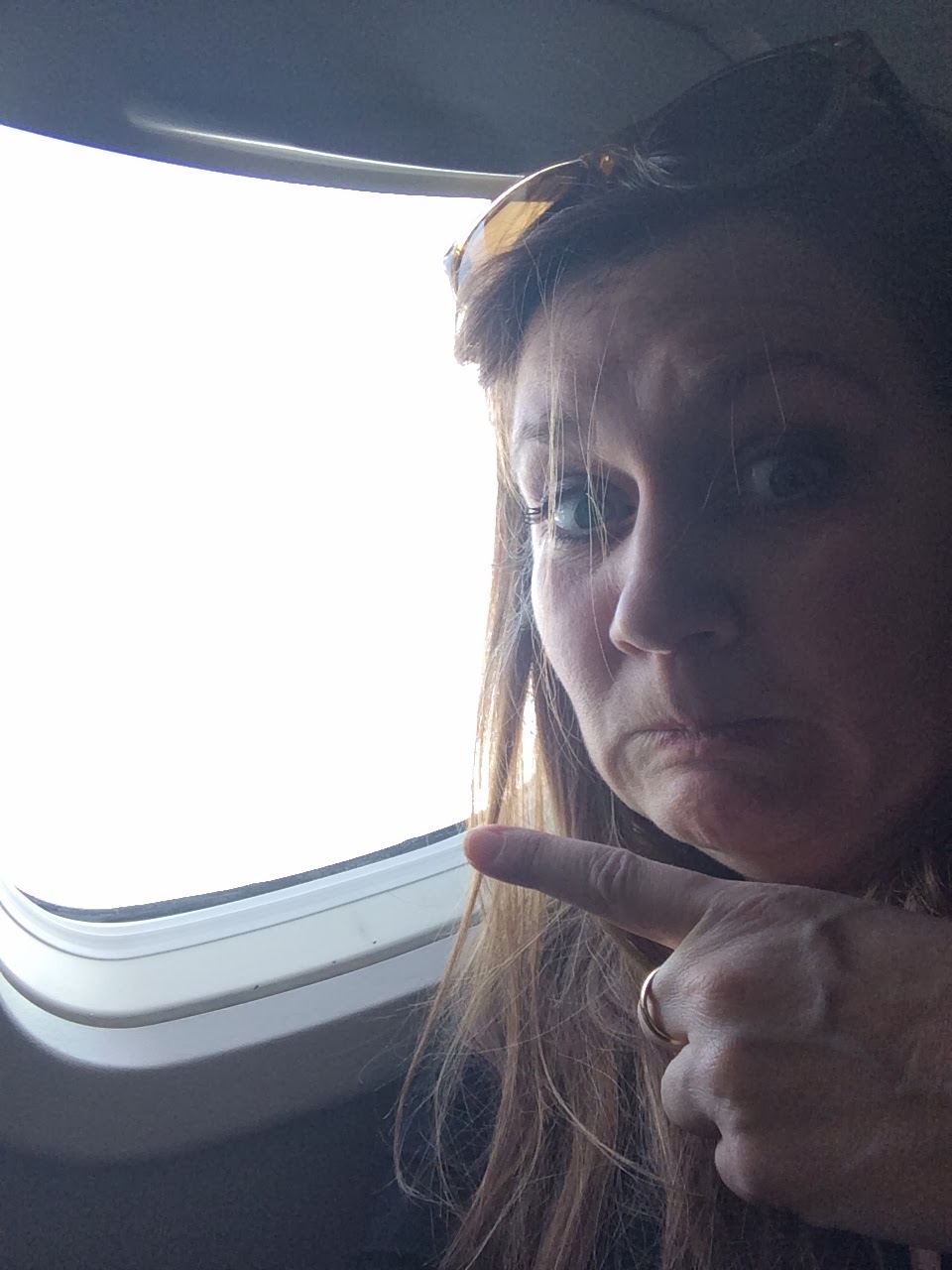 Nor the icy runway. 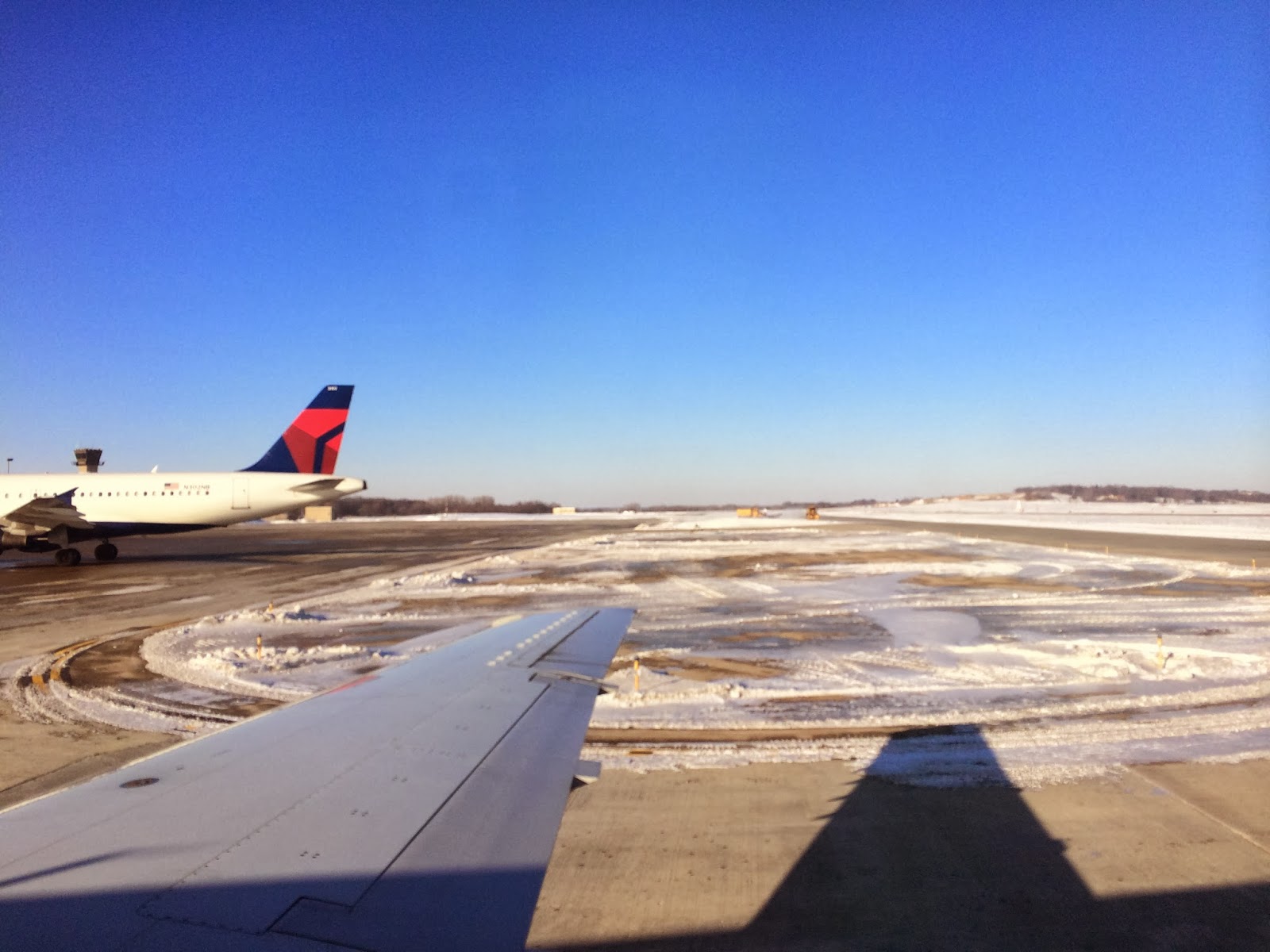 Nor all of these bigass trucks and bulldozer looking things clearing the runway of snow and ice. 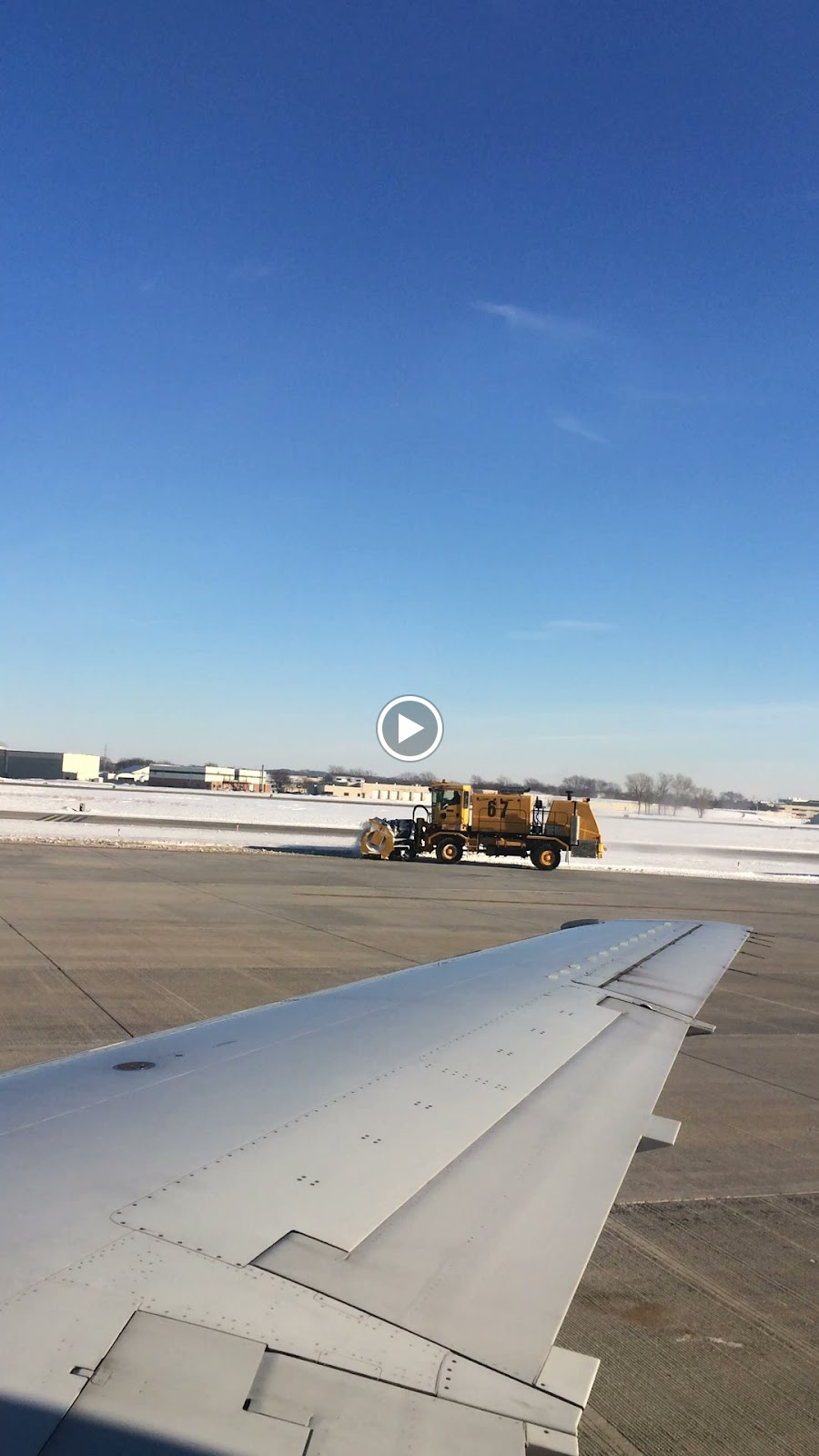 But, we landed.  Smoothly.  Safely. AND... would you believe that TODAY (Sunday!!), I got a message from a guy who has been consulting with me and whose card I'd taped into the front of that notebook.  Some lady found the book in a seatback compartment, saw his business card, and called him, wanting to mail him the little notebook.

Let this be a lesson... had I freaked, I wouldn't have gotten it back.  I believe that.  Good comes to good.  Good attitude... good response.  Thinking abundance and not lack.  And have I mentioned "I live in High Favor"?!!  :)

Hope your trip to the Frozen Tindra was a good one. Glad you got to 'explore' what winter means to us Midwesterners. God works in mysterious ways and glad to hear his plan was for your notebook to be returned. Perhaps he wanted you to focus on Todd's family and the girls experiencing snow without the distractions of the details of the notebook. Blessing to all and glad you made it home from your unpredictable trip home.

That's wonderful that your notebook was found! There are such good people out there, looking out for others.
We've got another Winter Weather Advisory for tonight into tomorrow!

So glad your notebook was found, and that the experience helped you gain!

Sometimes it is the little things.....

Sorry about your loss. You are doing a GREAT job of preparing your girl for their adult life...they probably know more about traveling than I do. We have had ATM cards left in the ATM (old days) returned to us uncompromised. We turn it over to God and know far worse could have happened. Just like Mo! Love you.

I'm sure you've already thought of this, but the minute I get a notebook I either write or paste a business card in the front of them and say "If found please return to..." that way if I lose it hopefully I'll get it back. Sorry that you had to make the trip for that reason but happy everything went well.

Oh Mel, I am SO glad a good samaritan found your book! I have an "everything" book too and am not so sure I would have handled losing it as well as you did!

Oh Mel, I am SO glad a good samaritan found your book! I have an "everything" book too and am not so sure I would have handled losing it as well as you did!

Hi Mo ~ I am so glad that you are getting your notebook back - God's people are good!!!
I just went back to your previous posts' comments to see if/when you will be headed to Colorado & I am not sure that response you made was for me or not, but are you coming to Colorado on Feb. 27? If so, I am BEYOND thrilled. (I am not going to get too worked up until you let me know for sure) but I just hope you were responding to me!!!! A few years ago I had mentioned having you & the gang over for an Italian dinner if you ever got here & that offer still stands. Please let me know either way.
Waiting to hear back from you,
Diana from Colorado

That would be affirmative, Diana!! I'll run that Italian dinner by Todd the Bod. He's introverted, ya know!

Mo, OMG, I am excited. My husband is introverted too - we'll just turn the tv on to some sport & they can just sit there..........LOL.
Please let me know & if Todd is not into the Italian dinner - but maybe something else will work. Just let him know we are Italian from New York (originally) and we had a restaurant out here & my husband is a wonderful cook. I can't wait to tell my three girls (because I talk about you like we are buddies) I know they will be excited too!!!!
I CAN'T WAIT!!!!!!!
Diana from Colorado