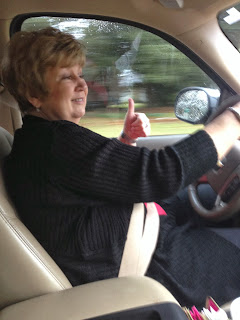 JinJin, aka Safety Sue, with hands typically at 10 and 2:00, drove us to Olla to spend the weekend before Christmas with her extended family. 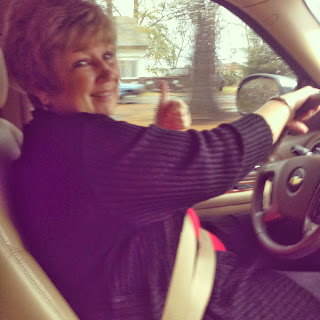 Ellie Sue, the energizer bunny who NEVER sleeps because she might miss something, CRASHED on the way there!!  Please note that a dirty car is the sign of an artist!!  I try to convince Todd and JinJin of that fact. 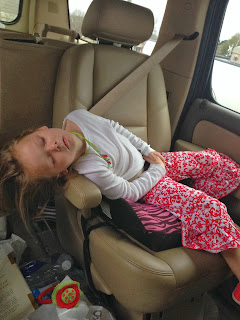 JinJin's side of the family is el'large-o!  They come from Alexandria, Winnfield, Crossett AR, Little Rock, AR, Olla, Jena, Monroe, West Monroe, and Atlanta.  ANd that's just what I could think of right now.  I know I've mentioned before that Jin is the baby of 8 kids. 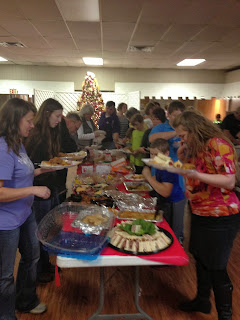 And there were lots of years between she and the oldest brother, so she has nieces and nephews who are just about her age. Which means I have cousins and second cousins coming out the wazoo! 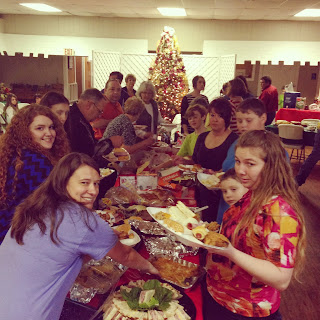 We always meet up in Olla at the Dixie Center.  A highlight is that it is across the street from the train tracks, so the girls always have that excitement to look forward to. 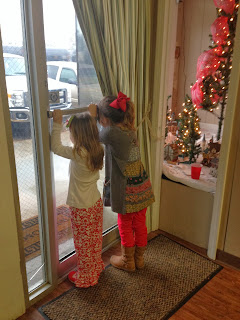 I asked Madi to show me where she just lost her front tooth.  And look at Miss Suzie's smile.... she was getting those bottom teeth in that picture for SHO!! 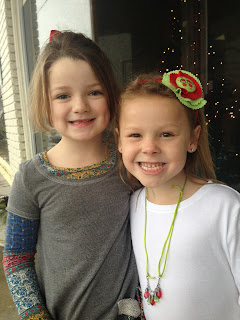 I know that I've mentioned also that Ellie is a runt.  Well.... here you have it. 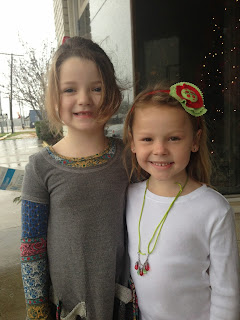 She's a full head shorter than Madi!  But LARGE in spirit!! 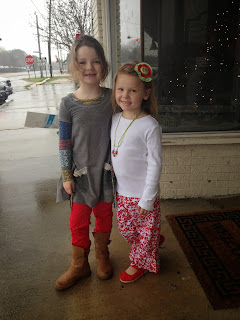 This is the newest member of our family.  This is Hayden's baby girl, Sydney. 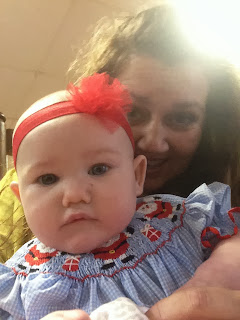 I was not having very good selfie success. 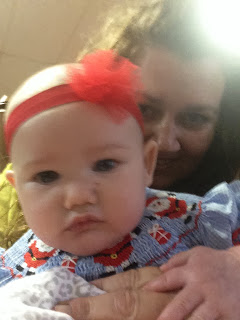 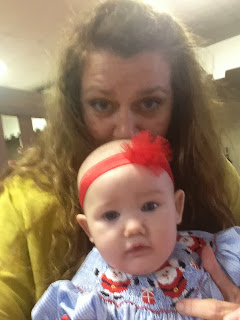 We had both sides of the Dixie Center all stretched out like this for folks to eat.  I used to bring a small nugget tray from Chik Fil A.  Then, I upgraded to medium.  This year I had to go for the large.  And that puppy was destroyed!! 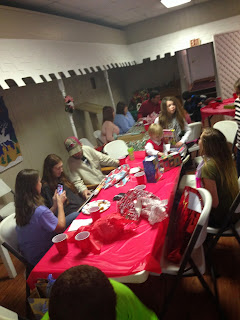 We all draw names.  Thanks to my cousin, Cherrry, who thought she would unload that on me this year, but after getting dangerously close to Christmas shopping time, and still NO drawing, she took it back!!  yay.  Anyway, my cousin, Amy, from Crossett and her kids got my kids' names. 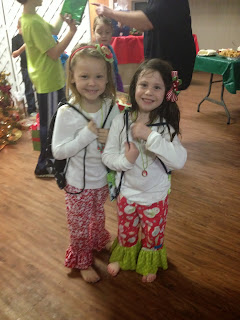 ( Look at the size difference here!)  And that's Cherry in the background passing out presents. 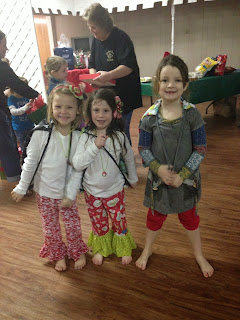 These three got monogrammed backpacks!  Amy said she tried to think of each one of their personalities to be reflected in their bag choices.  Is the fact that Ellie got black supposed to say something to me?! hmmm 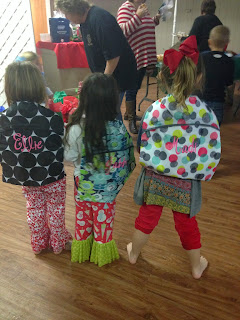 This is one of my all-time favorite cousins, Toby.  He moved to Atlanta, and I don't think he'd ever even met my girls!!  He was our funniest cousin growing up. 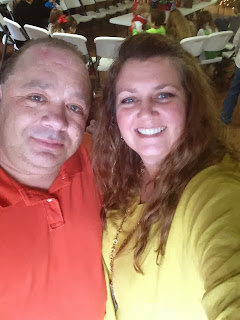 Gabbi can hardly keep her hands off of Sydney.  She's laughing, although she looks in this picture to be distressed! 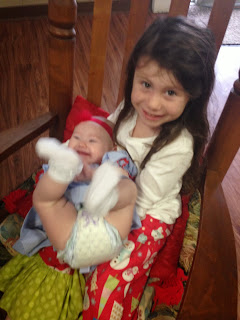 Kelli and I were the cousins closest in age.  I can remember taking my bike to Olla and spending a week with her and my Aunt Bonnie.  Now, she lives in Columbia, and I hardly ever see her. 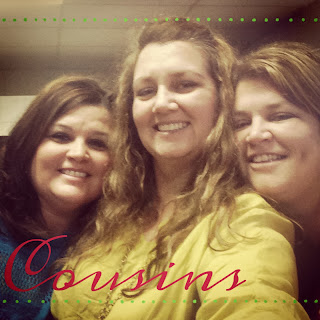 The ride home was eventful.  We pretty much got tangled up in a tornado.  Todd called and told us he was watching the weather and that we needed to take cover.  As we proceeded home, we ran into this... not literally, but almost! 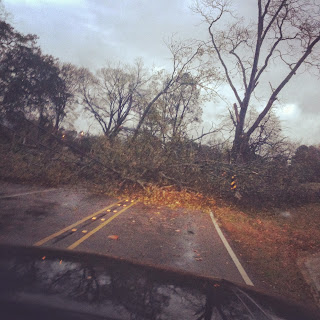 I actually called 911, because there was noone policing this site, and it was about to get dark.  I'm so civic minded.
And this is what happened to our Books a Million, which was very near where we were when the twister came through. 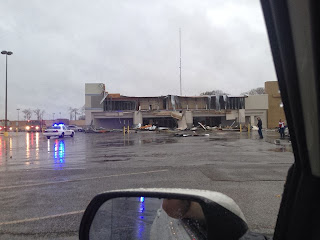 As you know if you've been reading MoJoy for any length of time, we do Christmas in Olla with mama, Calhoun with daddy, have Santa morning, do Christmas day with mama, and now we've added Todd's family to the mix later on Christmas day.  We also have our party with Paula and Johnnye, the girls' Bunco party, my MMPT party, and the neighborhood Christmas party.  I took pics at all... so sit tight!!  We have lots to "talk about".

Hope you are chillaxin and thinking about all the big things 2014 will have in store for you.

Suh-weet! Family time is the BEST time! I'm always glad when it's over, but it's so much fun when everyone is together.

I'm glad you weren't caught in the tornado...that's some scary stuff!

P.S. Let me clarify - I'm always glad when the CHAOS of getting together is over...I love my family! :-)

Good stuff! Well, except for the tornado.

Love how close your family is! What a blessing! !