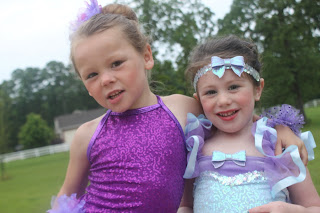 Before we get too far along without remembering what went down last weekend, I'd better stop and reflect on the majesty of the RECITAL WEEKEND!! 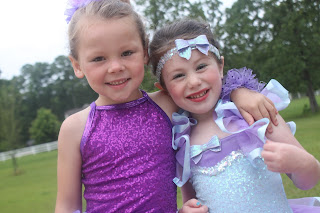 Somehow we lucked out with the girls both having purple costumes, although to this day if you ask Gabbi what color her costume was, she says, "Rainbow".  Not sure where she gets that from.  But, whatevs! 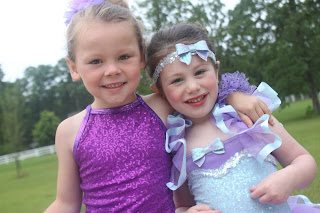 So, this is Ellie Sue's THIRD recital and Gabbi Girl's second.  Can you even believe that?! 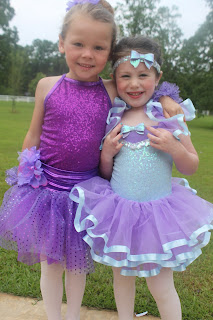 We had a regular rehearsal on Monday all morning long.  Then, on Wednesday, we had a dress rehearsal.  These pics are from that day. 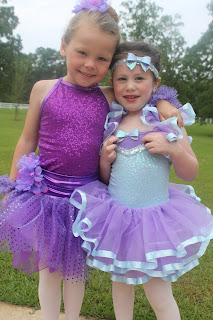 We stopped by to pick up JinJin, as she took off a few days to help with this massive undertaking.  I had to work all week, so I was sort of in and out as I could make it. 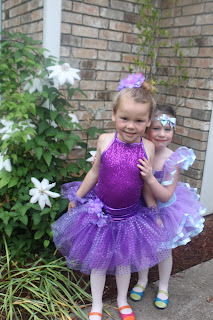 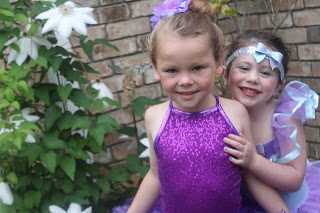 She was the official lipstick reapplier, bun straightener, and costume detailer. 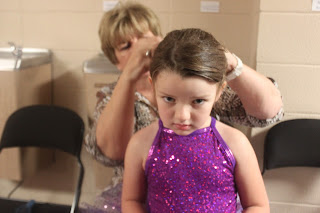 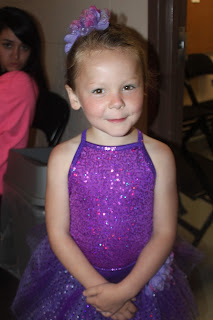 Look at this pretty girl.  I mean, seriously, that is some big time cuteness! 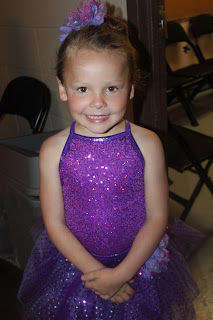 Gabbi was REALLY digging the lipstick!  ANd the headband?!  Well, it was actually later moved up to the hair, but she preferred it on the forehead prior to the show. 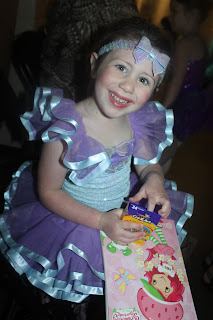 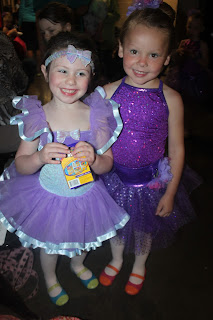 Backstage is always a wee bit tense.  Miss Linda has a fabulous system, where she hires college and older high school aged girls to manage each class, so that the parents can stay in the audience and watch the show.  I LOVE that part of the production. 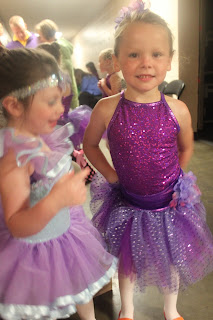 JinJin arrived early to get the details, like blush!, taken care of. 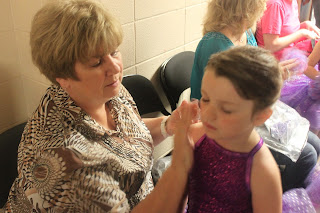 I used a sock bun form to create the perfect bun.  Just saying.  I was proud of that sucker! 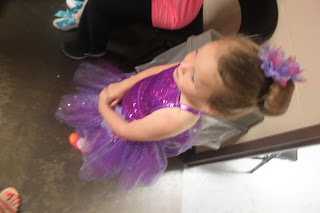 And she looked just angelic! 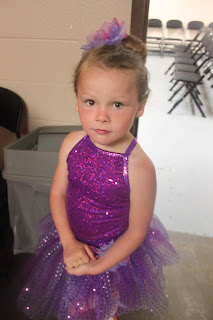 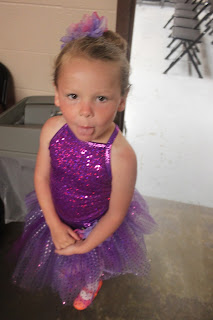 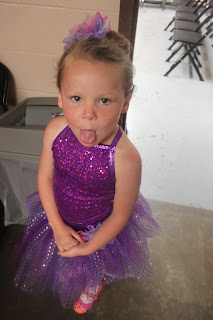 Thanks for sharing these pictures of the Little Beauties! JinJin is just awesome - what a blessing she is to all of you.

Beautiful girls!!!! Such sweet memories!!! We spent ALL day Saturday with dress rehearsal at 9:00 a.m. and then two recitals at 2:00 p.m. and 6:00 p.m.! It was a looooong day but even with my baby at almost 15 years old, still the proudest momma there and had the most beautiful dancer there!!!!!! :) Cherish these memories!!!

Do they not have school for rehersal week? I am sure with as smart as Ellie seems to be it does not matter. Just wondering how it works.

Too precious! Love the costumes.

MO- I totally understand the rainbow dress concept -look at it again - each color starts-stops and then the next color starts. I think it was a pretty smart thing for your baby girl to notice. Love the costumes and you truly are blessed to have JIN JIN

What sweethearts! Awesome pictures, as usual, and the last pic of Ellie is just priceless!