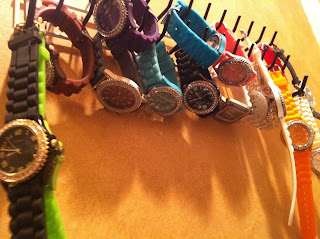 I think a while back  I mentioned that I would show y'all a little tour of some pics of JinJin's house.  Let's just say she'll be as surprised as you are at what I am showing in this post!  She had no idea I was going around her house taking pics of her "stuff".  I am here at the beach with Suzy, who originally was coming to the beach art retreat, which sorta fizzled out and I didn't really "push" it, because I kind of needed a break anyway.  So, I showed Suzy all the uploaded drafts I had to choose from and I'm letting her pick the blog subject of the day!  She said, "OOoh, show em JinJin's house".  And so, here it goes.

Please first take note of a little obsession JinJin has with those conlorful rubber watches.  Problem!?  You be the judge. 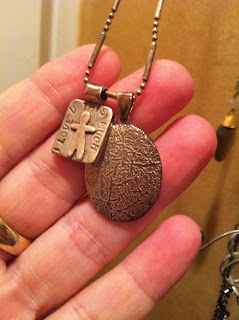 Also in her bathroom is this "I love you this much" charm and an amplified imprint of Jake's thumbprint.  The saying was what she and Jake used to say to each other. 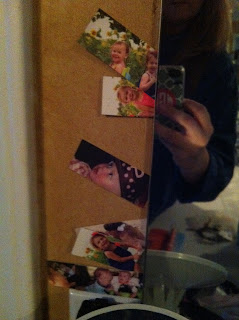 These pictures of her grandbabies are all tucked in the side of her mirror. 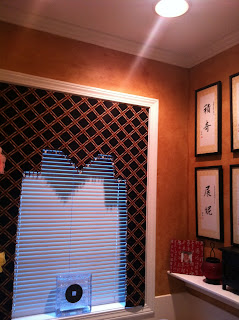 She had this chick come in and do special, customized features in her bedroom and bathroom, and they turned out really Eastern and unique. 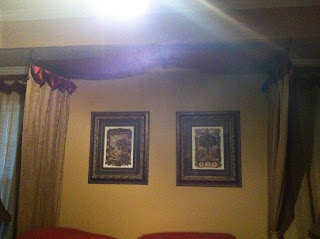 Like above her bed, where they hung these bamboo poles and a canopy of sorts. 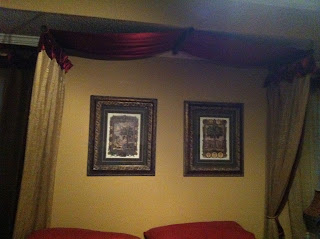 Here is a photo of Jake at the pumpkin patch his very first Halloween at St. Jude.  He was only two years old.  I LOVED all the pics of that photo shoot.  HE was still so happy considering all he'd been through already. 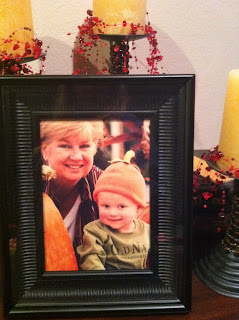 And this is a photo shoot I took my babies on when they were 1 and 2.  And I had Madi with me, so I got her in on a few shots, and surprised mom and Staci for Christmas. 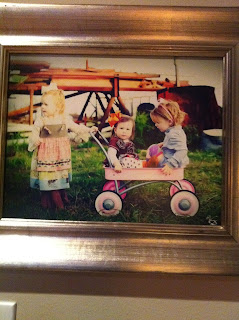 There are little girl pictures ALL over the place! 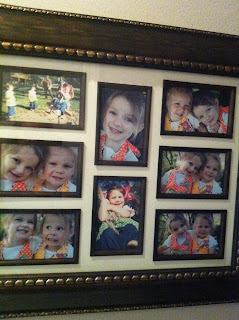 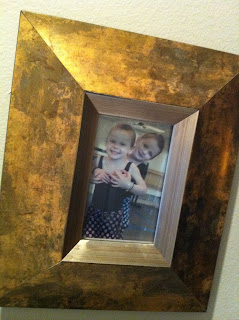 And a few big boy pictures too! 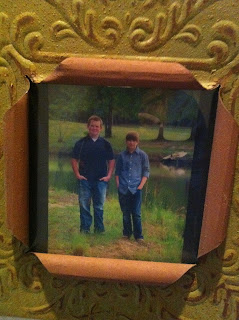 Look at these when Madi was only about 2 years old, and how old her brothers were. 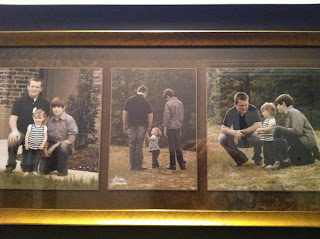 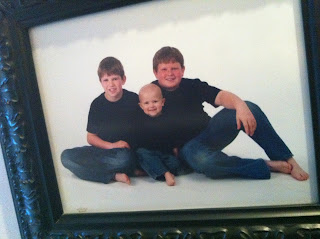 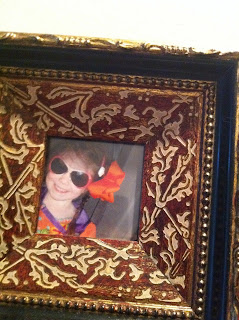 I LOVE this. It's JinJin's mom and dad's marriage license.  Mom, if you are reading this, leave this to me in the will.  K? K! 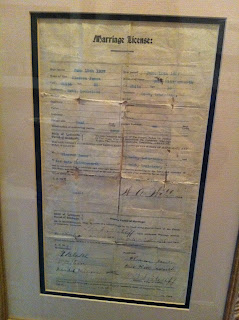 Look at these two angels.  THis was right about the time their brother was diagnosed with cancer.  They were 8 and 10 when he was diagnosed. 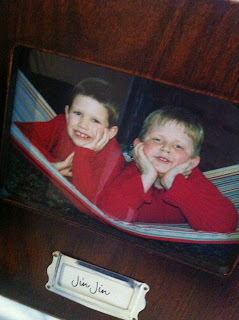 This is a picture of Jake the year before his diagnosis. 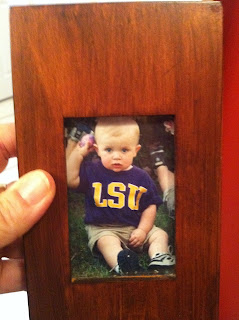 And as an infant in his Aunt MO's garden.  We had NO idea whatsoever at that time what would be growing in him in the next two years.  That's a weird thought, huh?! 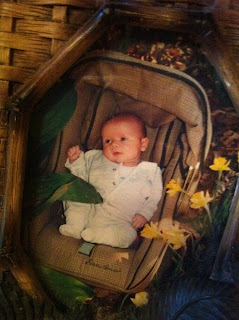 This is JinJIn's spare bedroom. 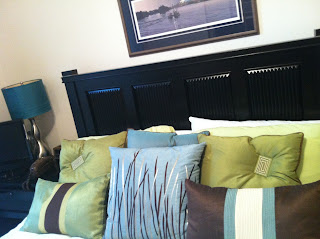 She designed it around this picture of a fishing boat in Sitka, Alaska, where she used to live. 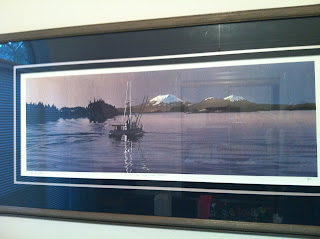 and then there is the ever present reality and reminder that she has three little girls at her house quite often. 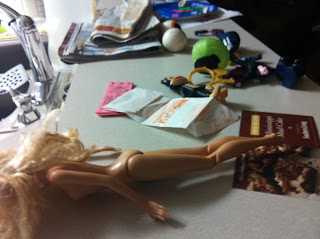 This is JInJIn's tall table top dinner table.... which we NEVER use!  We are more your on a paper plate in your lap on the couch type of fam! 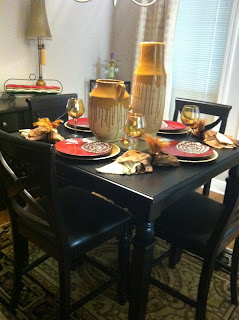 THis is ALLLL for looks! 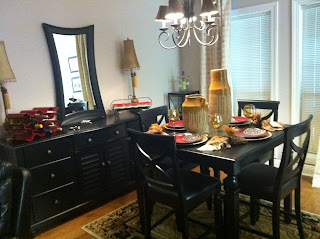 Our friend, Staci Albritton, did this awesome photo shoot for us the year before Jake passed away.  She is now engaged to Mary Allison's dad, Jay.  It's funny how things are all connected, huh?! 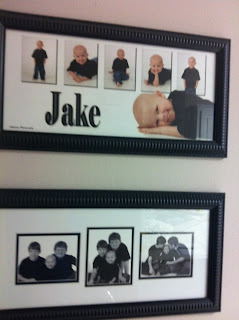 THere are some real throwbacks, like this one of Hayden when he was an allstar.  He was such a standout in baseball, but when Jake got sick, he just sort of lost his love for the sport. 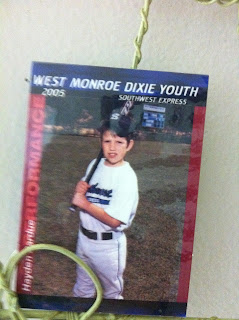 And here's Hunter Bunter.  He quit playing around 12 years old too.  He picked it back up in his Junior year and ended up getting most RBI's and second team All District this year. 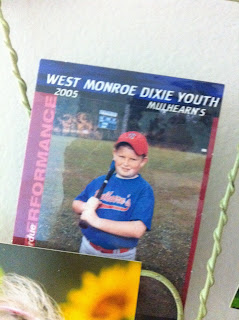 From last year's Christmas photo shoot... and where I got the O.L.D. photo which is now my blog header.  Hey, Jessi.... I NEED help to change it.  I am so useless. 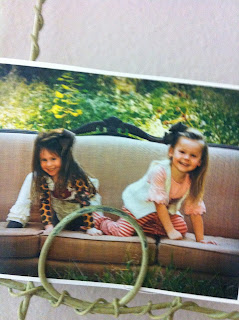 And that concludes the mini tour of the inside of JinJin's house.  Mostly pictures, I suppose.  But... isn't that usually what a grandmother's house consists of!?

All these years and this is the first time we've seen inside JinJin's house! Well except for when you share Christmas photos and we see the omelet making lol. Didn't doubt that she would have PLENTY photos of all of her grand kids. I always enjoy photos of Jake, miss that boy! I remember the pics Staci Albritton took, they were favorites of mine.

Nothing like a visit to grandma's house to make you feel warm and fuzzy. JinJin is unique and obviously passed those genes along...you reckon? Thanks to Suzy...good idea.

Very pretty! Love all the older photos of the kiddos.

Love JinJin's house, the framed marriage license, and all the pictures of the grands.
Bless Hunter and Hayden's hearts... They were so little when Jake got sick. :(

Love going down memory lane with all the kids' pics!! That Jin Jin really is one in a million!!

Love going down memory lane with all the kids' pics!! That Jin Jin really is one in a million!!

We always loved staying at JinJin's house when we came for the Shake 4 Jake events. She always made us feel at home. And I always loved looking at her photos. Love me some JinJin.

Jin Jin is not only WARM and INVITING, but so is her home!! I also remember (as do Dawn above) we also stayed @ JinJin's for Shake for Jake and her home was SOOOOO WELCOMING!! I do believe that is the bedroom Bre and I slept in, but I think it had a different decorum. I remember the bathroom w/a palm tree decor! LOVED STAYING THERE!! That was such a fun time...even though I had absolutely NO PHONE RECEPTION!! BEST WEEKEND EVER!!!!