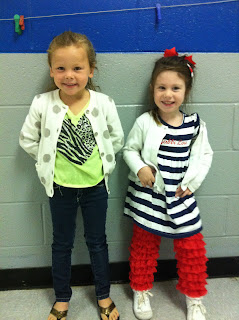 Do you follow me on Facebook?  If so, you are fully aware that I take a photo of my girls every single morning before I drop Ellie off for school. 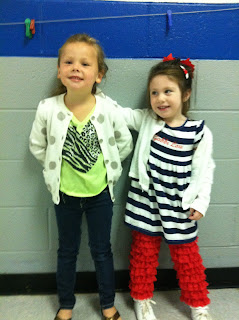 I've been doing this morning photo now for about two years.  Although, last year it was always outside Miss Donna's daycare. 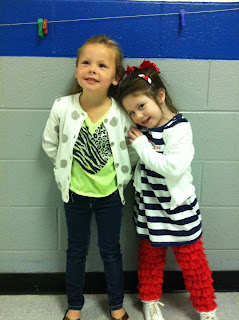 I have watched some of those "speed up", time warpy type sites where they lay the photos on top of each other and speed through them showing the change that has taken place over the year(s).  I wish I'd thought of that before I always had the girls standing on different sides of each other.  Shoot, I could keep this up until they go away to college! 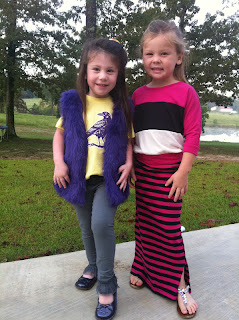 HA.  Yeah right.  Like I swore I'd take them to the pumpkin patch until they were in high school.  Did I publicly make that claim or just in my head?! 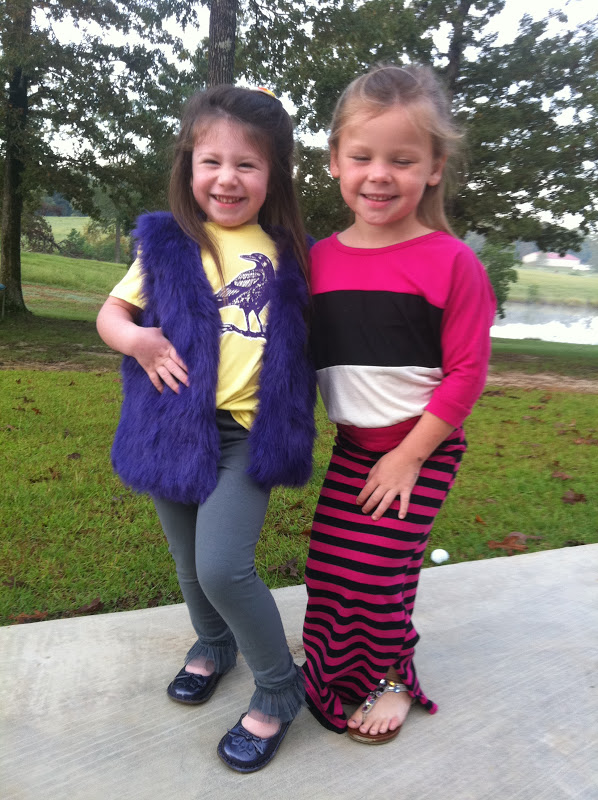 Well, here we are at only 4 and 5, and I am already thinking, "I don't have time for that", and Lord knows, they don't want to go.  I've already been to the pumpkin patch with Ellie's class.  And actually, Gabs WOULD probably want to go.  But, you may or may not know that fall decorations at the Groves house come down the first weekend of November. It'll be time for the Christmas decs.  Hey... have I even done a post  on my Halloween/ fall decs?!  If not, I need to!  They take so dang much time, I at least need to show somebody!  I did the whole Hallween village this year.  An undertaking I have avoided for the last 4 years.   It was time. 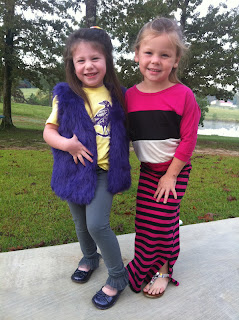 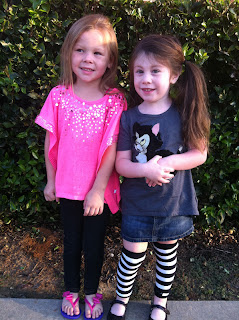 I suppose in the meanwhile, I'll just have all these awesome pics of the girlies in the morning, sleepy-eyed, but typically loving on each other.  These pics will make for precious memories! 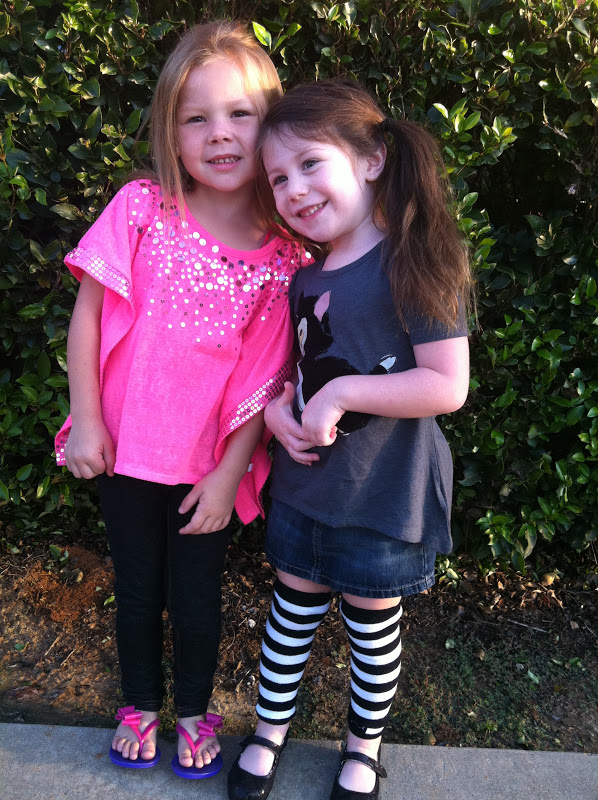 Hey guess what.  Tomorrow is already Thursday.  How bout them apples?!  It's been a fast and furious week!  And Todd the Bod is having a birthday on Saturday!  He's gonna be old like me! 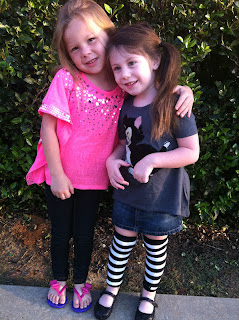 mo i love the pics of every morning with the girls cant wait to see the fall pics and halloween ones and then thanksgiving and then christmas boy time is surely flying by i had a birthday monday iam old 51 to be exact gosh i dont feel old though ohh i started getting senior certizens discounts already went to the grocery store and got it man oh well i love all your pictures of your girls i wish i took as good pictures as you do.. have a great thursday hugs

Loving these pictures. I think it's really cute that you take the pictures of the girls. I love seeing what outfit Ellie has decided on and the girls loving on each other. You truly are blessed.
I would vote go to the pumpkin patch but completely understand that sometimes life is busy and you can't always fit everything in. I'm sure you will find another amazing adventure to take the girls on even if you don't get to the pumpkin patch.
I know you have a lot of posts on deck but would love to see your fall decorations. My boys are getting to the age when I think I'd be able to decorate without too much difficulty keeping them out of it. Always inspired by your decorations so if you can please share away!

Count them One by one! ( Why yes, would you believe I know that song?!) One of my treasured memories with my Grandparents. Please let this group know how wonderful your decorations are! (Love my girls!)

I so enjoy seeing your girls every morning on FB.
Yes please, I hope you do a post about your decor. Always love the changing seasons/holidays at the Groves home.
Blessings....

Share the decorations! Fall/Halloween is one of my favs, my heart starts racing because Christmas is coming!!! ;)

I love the pics of the girls each morning. Ellie looks like she belongs in jr high ;) I'm sure she's loving that!

I have LOVED seeing your daily pics of the girls. It has been absolutely amazing to watch them grow up!

OMG. for as long as I have been reading your blog and following Jake, I did not realize that my husband (Brett) and Todd the bod have the same b-day....too funny.