YES!! I mean, YEAH, BABY!! Tonight we met for the 8th. EIGHTH!!! Meeting of the TeamJake runners for the St. Jude marathon!! It began with only a handful when Jake was at St. Jude for the first year. 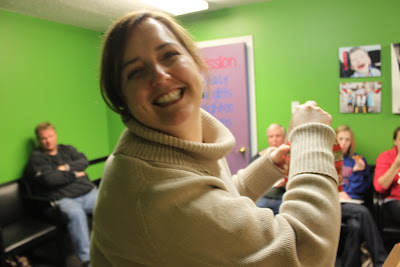 And then it grew!! We were discussing tonight how the pasta party, the night before the race, used to be in the Danny Thomas pavilion, seating 200. Then it was at the Peabody in a conference room. NOW, it is at the EXPO center, and they actually had to cut it off at 2,000!!! That's in the past few years alone!! 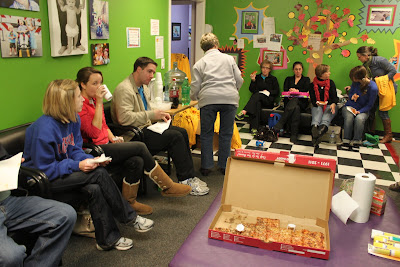 Anytime awareness like that is occurring, it is a good, no GREAT, thing!! TEAMJAKE has 96 members this year. Give or take a few. Can you believe that?! ANd I wish I knew how many states will be represented!! I know of four! But I am pretty positive it will be more than that! And there are those who weren't even runners when this all began... like Travis. 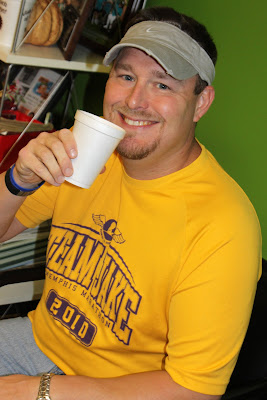 He did his first 1/2 marathon last year in memory of Jake. And this year, he'll be doing the full 26! Omg. I swear my legs hurt just saying that!

And these two sisters will also be doing the 1/2. They let me go out and jazz up their cars with window paint. If you see a caravan of painted up cars on I20 or I55 North on Friday, honk at us!! We are going to Memphis to bring awareness and support to one of the world's greatest hospitals!! And we are going to carry on a little boy's name!! so the world can know what a brave and strong little champ he was! 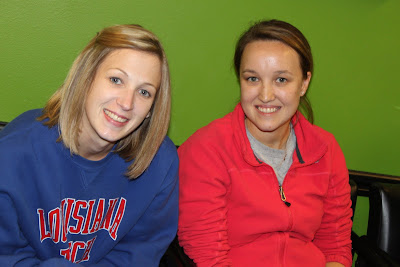 Karl continues to be our fearless leader!! He and his wife, Lori Ann have done such an awesome job of keeping the tradition alive, and it grows annually. I don't know how many of you gave to the cause, but I know the day I asked you to donate, Karl had his biggest fundraising day of all. So, thanks to all of you bloggers for your support as well. 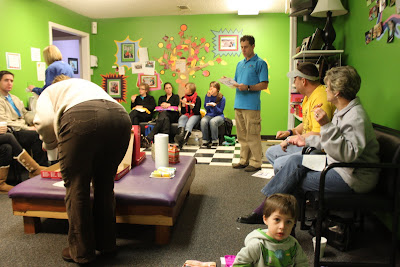 Karl reminded us a little of why we are running. I showed the new AWESOME signs we will be posting along the course, and Don was there to tell us AGAIN of what all Jake went through, so everyone can keep that top of mind when they are running! 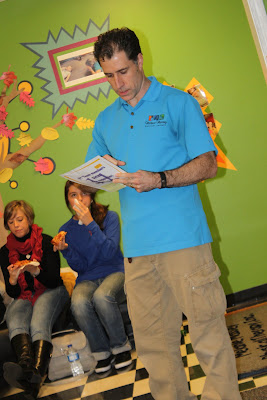 LoriAnn passed out the tee shirts, and every team member also got a little bag of M&M's as a little token of gratitude from Jake, and as a remembrance of him and his favorite candy! 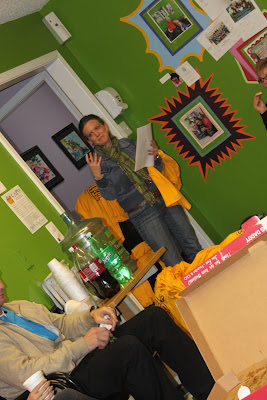 There are new members, whom I have never met. 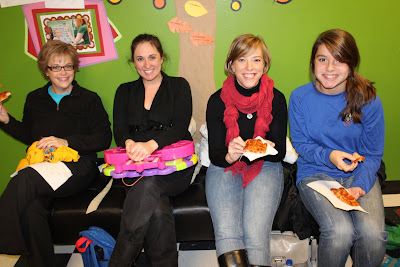 I asked them to raise their hand if they were going to be running a 1/2 marathon on Saturday of this week. 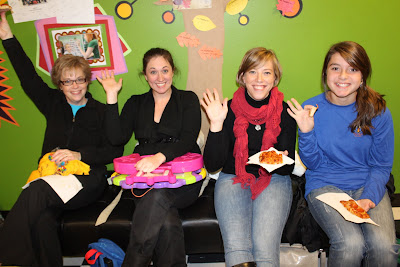 And then I said, "And raise your hand if you are going to be going simply to support and cheer everyone on.". And both Veronicia and I held our hands high! Maybe someday I'll run. MAYBE. 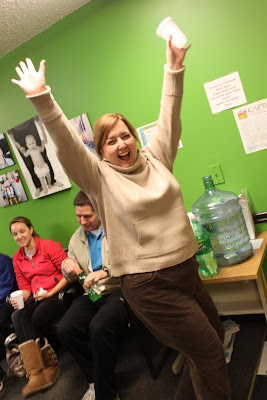 Until then, I'll cheer. I'll cry and smile, and cheer, and wave, and holler to everyone about WHY they run and how PROUD I am of them, and how much my sweet, precious nephew THANKS them for their support.

It's gonna be an inspiring weekend!!
Mo
Posted by melanie, aka Mo at 10:56 PM

i wish i could go to memphis with you all but im not able too i will be cheerigng you all on here in ga i hope you all have a wonderful time and stay warm up there. looks like they got some snow or is fixing to get some not sure which cant remember what the news said last night havent heard today.. well ohh did u get my home address i sent to you a while back you requested it and i sent it like you said too ?? just wondering if you did get it if not i will send it again let me know thanks hope yall have a wonderful tuesday im trying to stay warm it has turned cold here in northeast ga right now its 38 but the temp is suppose to start dropping later.. brrrr i dont like cold weather too much i love snow just looking at it and taking pics of it coming down i cant get out in it too much cause im scared i might fall cant do that.. well i will keep watching your blog and seeing all the pics you take . you are awesome at it... have a great day......

Hey team Jake! I will be cheering you on from the second floor of the chili's building working on Bmt! Thanks for all you do. Crazy!

I can't believe I'm not packing my bags for Memphis right now. It's what I have done on this night since 2007. It makes me sad knowing I'm not going to be there this year but I will be next year. You all have a safe trip. I'll be cheering everyone on from Homer this year.