Before I tell you the story of our last week adventure, I need to introduce you to the cast... Ready?!

This is Grandpa Groves. As in Gran' puh , not Gran paw' like we say in the south. I was shocked that Ellie picked up on the vernacular so quickly when we crawled ourselves from waaaaay down here in Louisiana all the way up to Wisconsin!

Grandpa Groves is Todd's dad's dad. I guess you may have figured. So, he is my girls' great grandfather. And the main reason we drove THIRTY SIX hours with two baby girls! 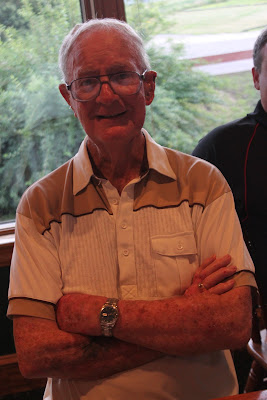 They needed to meet this great man!

And here's Jeff. He is a surrogate uncle!! He is always with the group of four (Todd, Tim, Toby and Jeff!). They move around the world golfing together. Jeff became a fan favorite quickly, as he let the girls crawl all over him and was quick to "wait" on them hand and foot. Ellie LOVES that in a person! 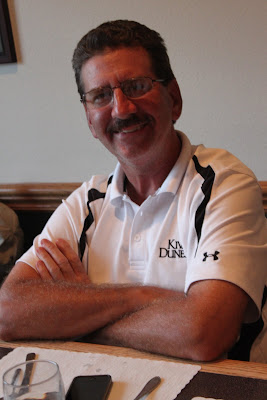 And now, meet Betty. She is, for all intents and purposes, Todd's step mom. She was a partner to Todd's dad, Scott, for many, many years. She was a saving grace, because she came to town, with her daughter, Shauna and her granddaughter, Zoe, who gave me about 4 hours of babysitting, allowing me 4 hours of baby free time over the span of almost a week! I NEEDED it!! I love my babies, but that was a roadtrip of epic proportions! And Todd the Bod was golfing all day every day. Sooooo.... 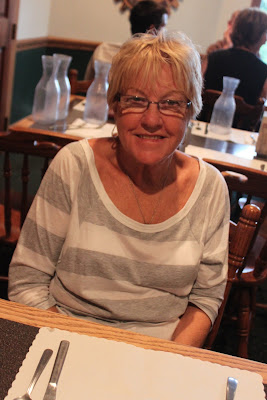 And this is Cory. Cory is Todd's dad's brother. There were four boys in the Groves family. And of eight grandchildren, seven of them were boys! His grandmother would tell you in a heartbeat she was partial to boys! 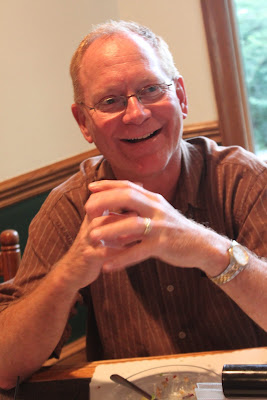 And this is Cory's wife, Lynn. She and Cory are parents to Todd's cousins, Tim and Beth. Beth being the only girl in the whole Groves family! Until my girls! Now there are three little Groves females! 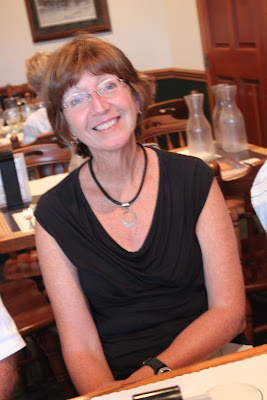 Oh, Cory and Lynn also drove down from LaCrosse to see us. That was really sweet.

Enter... Uncle Tim. Tim is the second oldest Groves brother, I am pretty sure. Todd's dad was the oldest. Uncle Tim lives in Madison, so his house is always our first stop on the way up. It's only like, 16 hours north of us! Tim has three boys. You will meet them momentarily! 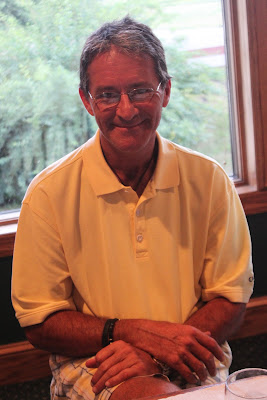 This is Larry. He is new to hang with the group. He is dad to Kelly, who is next and also who is the newest member of the Groves family, marrying Tony last year. Larry, the "father in law" to Tony, played golf with the boys this year. 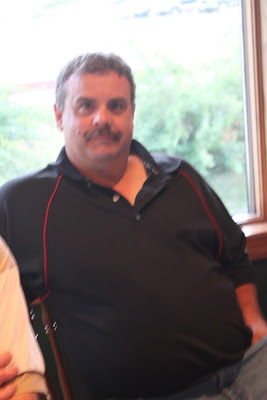 This is Kelly. She was another lifesaver. She is recently married to Tony, Todd's first cousin, and firstborn of Tim. She was a favorite of both my girls. Ellie, because she played with them on golf carts, the park, on the hill at the golf course..... all over the place. And for Gabbi because they brought their dog, Tucker. Gabbi was in hog heaven when she got to play with Tucker day in and day out. 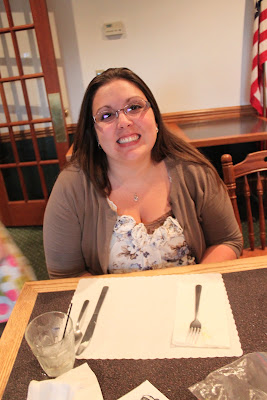 And while I am at it, this is Tucker's daddy! This is Tony. He is also a big computer dude and hopefully will be creating a new website for me soon!! MMPT is in desperate need of a makeover! 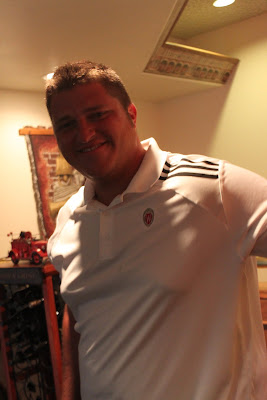 And how TG missed out on all these computer genes, I have no idea!! This is Jake. He is a videographer for a big time company in Chicago. They do very high end videography for high profile clients. I watched one of his wedding videos ($9K, Just sayin'!), and was BLOWN AWAY!! 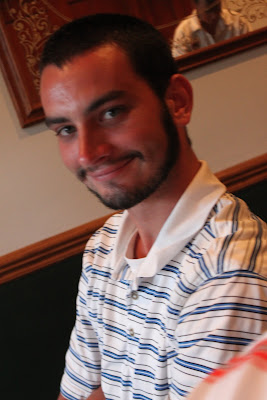 And this is Nick. Jake and Nick are brothers. They are both sons of Tim and half brother to Tony. Nick goes to school in Milwaukee. I haven't been around him in a long time, but he is just about the sweetest thing I've ever met. And a CUTIE patootie!! These two boys took so much time with my girls and were so patient to play with them. I really appreciated them for that! 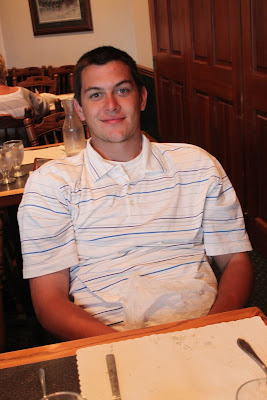 And oh, my gosh... I forgot Toby. He will have to be in my next post, as I can't slip pics in when I loaded them up out of order. So, Toby is coming next. He is the comedian of the bunch, and the Uncle who most reminds me of Todd.

So, now you know the players. Over the next few days, you will see our trip (last Tuesday through this Tuesday) to and from Wisconsin. Todd doesn't like for me to mention our trips on the big, bad internet lest someone decide to come rob us, knowing we are out of town. I suppose I get his drift. Anywho, now I can tell you all about it. Because, all you thieves out there... let it be known.... we are BACK in our HoUSE!! And we have kitchen knives!

Love getting to see members of Todd's family. Like so many of us 'followers' we know so much about your side of the family it's nice to 'meet' Todd's side. Hope you enjoyed our Midwest weather while you were up here. At least it was a little cooler than it has been. Can't wait to see more pictures and hear all about your trip.

forget the knives - just throw toys at them lol

glad you got in a big family visit. and i agree with todd, it drives me nuts when people post on fb that they are going on vacation and taking their whole extended family and they are gonna be gone at this time and back at this time. even the check in's can set someone up if they aren't careful!

when you get all finished with the Groves crew, we need to see how jin and all the crew is doing.

Mo, my hubby is from Milwaukee. He took me up there to meet his family shortly after we married (Sept. 26th will be 13 yrs.).....it is like a different world "up there", but I love it. Good to meet Todd's family.....huggers, BJ

I'm so disappointed that you were right across the border from me... I'm in MINNESOTA! I would have loved to have met you! Next time! Glad you enjoyed the visit!

Glad you guys had a good time and trip home from "my neck of the woods". I hope you got cheese curds while you were here! :)

Wouldn't Todd have to show you where the knives are....since you don't cook and all? Just sayin'.
So how in the world did Todd get to WM, Louisiana all the way from WI? Have I missed that somewhere along the way? I probably did.

Who needs knives...yall got VICIOUS LIZZIE, lying all lackadaisical all all ....waiting for an intruder to trip over her and break their ankle of something!


BTW....loved "meeting" all the GROVES and ADMIRE you for your bravery on traveling THAT LONG w/two preschoolers!! You are a BRAVE WOMAN!!

BTW..I dont know why I don't see your new post in Google reader. I have to hit "refresh" several times before it pops up! Is anyone else having trouble w/Google reader I wonder!

I just went directly to your blog from "favorites" and was able to see your new update!!

Hey...did you go look up the word lackadaisical...I know you did!! HA! My kids always tease me about my vocabulary! HEY!!! I LOVE BIG WORDS!!

Love the "we have kitchen knives" and Todd is correct about keeping it secret, I think. Looking forward to the story.....