JinJin... bat outta hell. She drove mine and Staci's lazy butts to Memphis! Or well, at least to Jackson. That's where she met her "beau", Baxter, who now realizes we are a bunch of crazies! 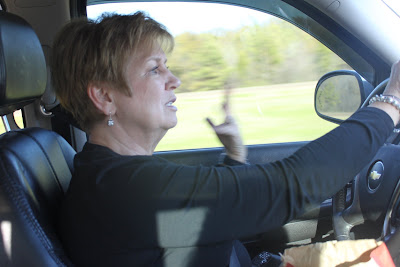 I'll introduce him shortly. FIVE LONG HOURS later, we were in Memphis, and Staci decided a bra may be a good idea for the gathering of TEAMJAKE which we were FLYING to get to at the Cook Convention Center. 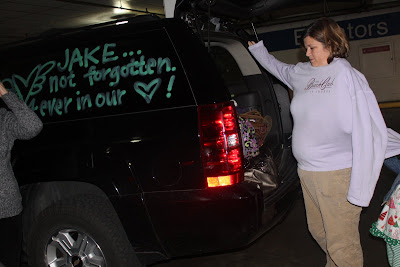 All who passed us on the interstate KNEW what we were going to do! 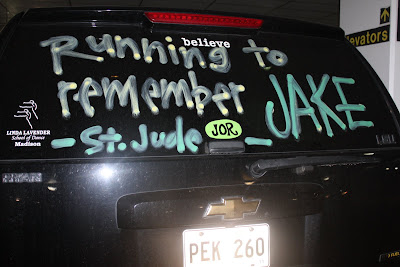 Once there, we ran right into Ron, who is a past TEAMJAKEr and a first time marathoner this year! 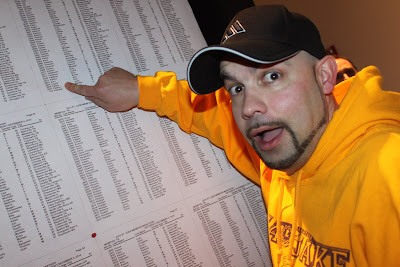 YEP, an actual marathoner! I am not even kidding when I say I get tired even DRIVING 26.2 miles!! 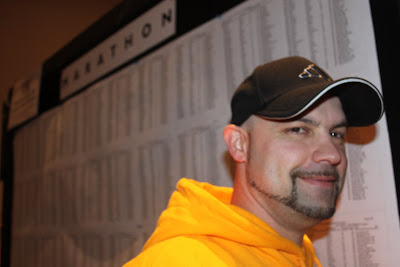 Staci, ironically, was registered to RUN the 5k!! Ha. I am not saying anything... I am NOT a runner either. But every year, after the marathon weekend, I say, I AM DOING THIS NEXT YEAR! 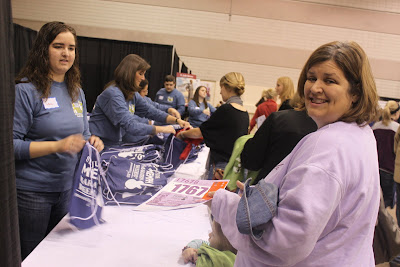 Registration is cool, and there are vendors everywhere selling their wares to runners. Running gear... not what I am really interested in! 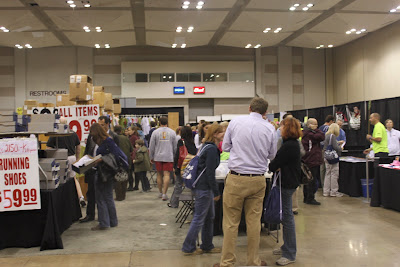 The big dinner was held at the same place as the registration this year, which was VERY much more streamlined! I thought it was absolutely awesome! They had a speaker who had also lost her daughter and who was also from Louisiana. She did a fabulour job describing the journey from diagnosis to losing a child. Her child was 11 and was very strong throughout her journey! 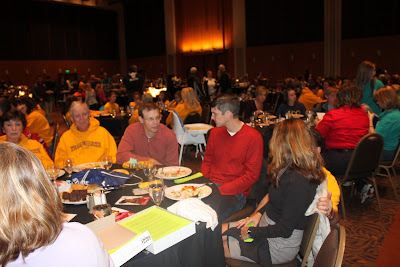 TEAMJAKErs who had never met sat together with their families and made connections that I hope will last a long long time. 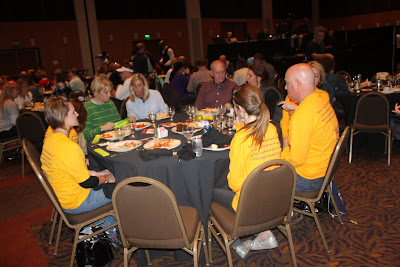 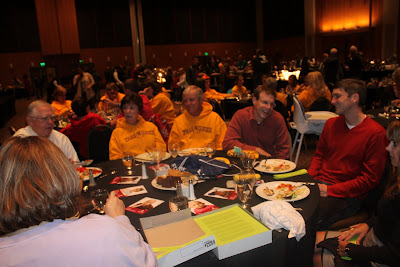 These were on the table to remind everyone of the kids for whom they'd be running. I remember distinctly when Jake was one of the kids in the St. Jude print publications. 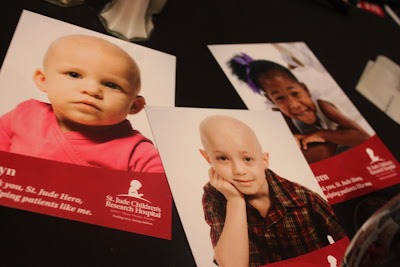 Mom and new beau, Baxter, were in their purple and gold for full-on support! 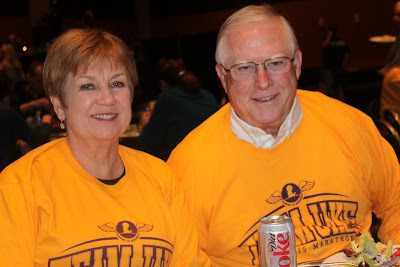 Pops and Nana were there too, but throughout my posts, note how many people were there... it is not unusual to not run into someone you are looking for!
These are the Hardies. Dawn is a past marathonner and ran this year too. Hey, Matt... where were ya?! 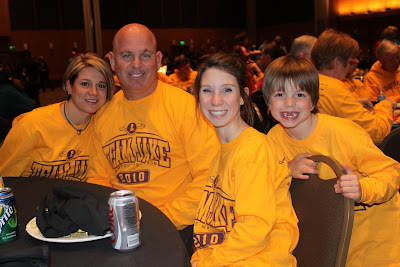 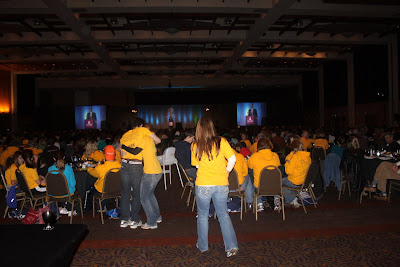 Jenn is a physical therapist in my Shreveport office, and this was to be her first 1/2 marathon! goooo Jenn! We only hire "weird" people! Ha 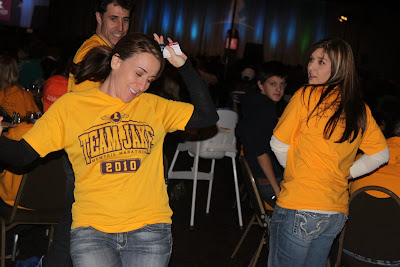 Sooooo... except for me, who is taking the picture, this is TEAMJAKE 2010. Stay tuned for more info on this crew! 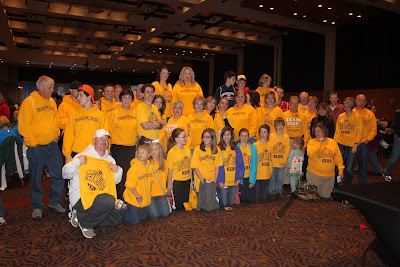 Oh wait... there I am! And I will be posting about the races for the next two days! There were LOTS of pics taken, and because of the sacrifice of so many, I try really hard to get everyone in a picture! 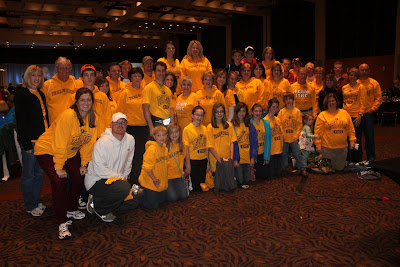 If you were a TEAMJAKEr, read my blog, and do not see yourself in a picture in the next two days... call me. I deserve to be shamed! I tried to capture EVERYONE on the course. And Charlene, may get the SPIRIT award! 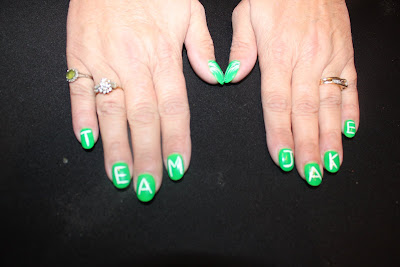 Jake was one very special little boy. He certainly changed so many lives for the better. Can all of us say that we have? Truly amazing!

Awe, I am so happy that ya'll had a wonderful time. So proud of Team Jake!! and ALL of the runners for such a wonderful cause.

jin-jin - the beau is very handsome!

Melanie, It was so good to meet you and all of Jake's Team! We had an awesome time and will be back to beat our time next year! The girls from Rolla, MO

I think I know who the guest speaker was....she's from my hometown and her daughter was amazing! Her daughter's caring bridge site was as inspiring as Jake's. So glad you got to hear their journey.

Awesome and inspiring - honoring such an amazing little boy (and all the brave St. Jude kids)! I can't even begin to imagine how emotional this even is.
Congrats to Jin Jin and her new beau.
Love those fingernails.

The turnout was great! It's good to see familiar faces in the pictures!!

I have to say, these are "truly my favorite post"! It's still awes me how one awesome little guy JAKE OWEN RABORN brought so many people together. Jake you will always be my FOREVER ANGEL and MY BIGGEST HERO!!

PS I had to chime back in and say....Jin Jin in her new Beau looks awesome together!!!