So.  We were looking at one of our last visits to Little Rock.  I made sure I had the book ready to accompany Gabs.  It had a steady progression of the wound as documented by photo and my own drawings with dimensions, as I'd been measuring almost daily. 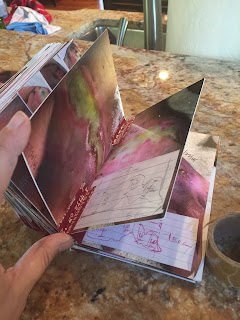 I knew that because the doctor in Little Rock wasn't taking photos each week, that there was no way she could really recall what it had looked like the previous visit.  We were moving down to every other week at this point, as far as frequency was concerned. So, the doc must have thought we were doing pretty well managing the wound at home. 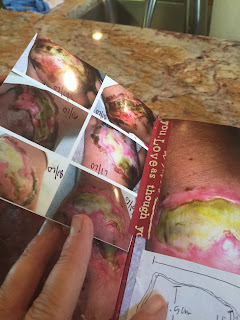 Because I added photos just about daily, this puppy was getting thick! 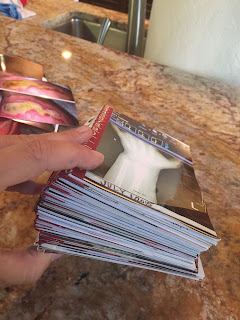 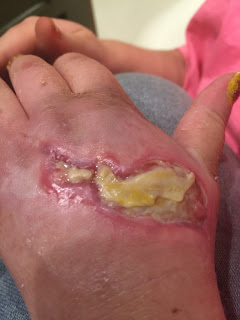 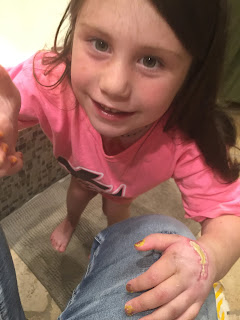 Gabbi was just about was upbeat and pleasant as she always is. 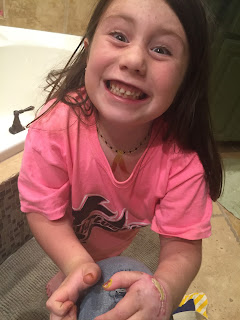 In fact, because she was such a good sport, I made her some of her own bragging ribbons to wear! 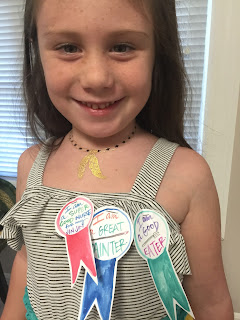 She thought these were the BOMB! 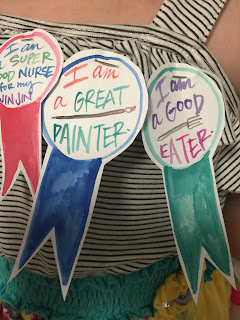 Can you see the pride on her face? 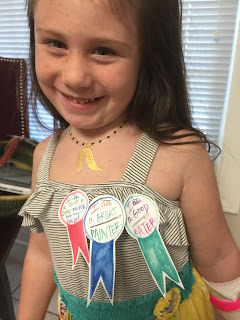 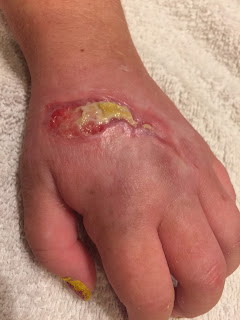 And can you see the shrinking right before your very eyes? 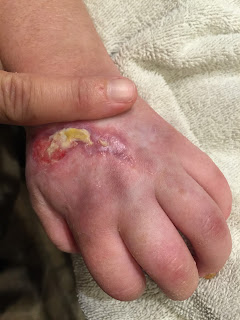 Gabbi Girl decided she would be sleeping outside on this particular summer night. 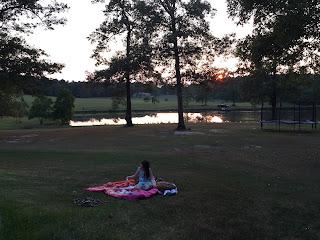 I thought she was just ACTING like she would do this, but nope... as that sun set, she just stayed put! 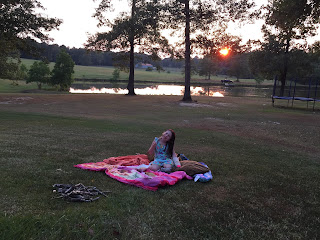 If you look closely, you can see her walking up the hill from down near the pond, where she went to collect sticks for her campfire. 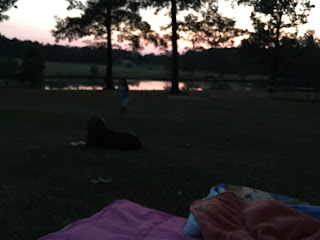 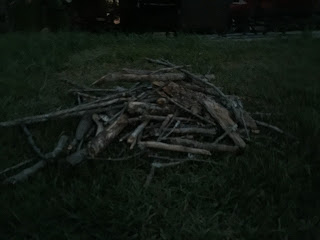 Right about here, I am begging her to come inside.  And I am realizing she is very serious about this lodging situation. 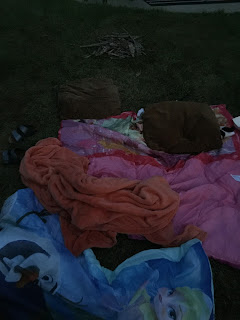 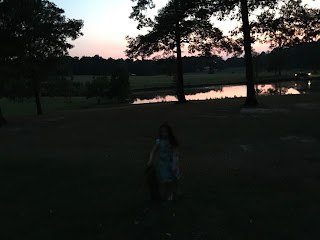 Finally, I coerced her inside by building her a fire.  And it was late July!  NOT the time for a fire in Louisiana. 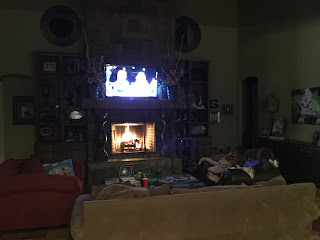 That worked!  She came in, we moved all of her bedding inside, and we enjoyed the fire, beneath the beautiful summer floral arrangements!  haha. 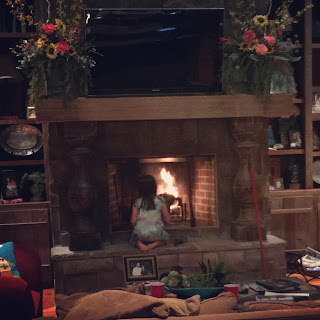 Okie dokie.  You have seen the last wound from Gabs!  Thanks for hanging in there.  She still has three broken bones in her hand, so there's still  that to consider.

Gabbi is such a trooper. Her mom and dad are awesome, too! Seeing the pictures was so very interesting. Please let's see it all healed and what is being done for the broken fingers?

What a long road. Gabbi did amazing, I can't imagine a child doing that well with a wound like she had. Such a great mom to keep track of the progress.
I definitely want to see a current picture of her hand.