My nice neighbor, Melinda, agreed to run down on a Saturday morning to shoot our Christmas card pics in our backyard.  I knew it was going to be a challenge, when
a.  neither girl would cooperate with a bath.
b.  I couldn't find black dress shoes to go with their dresses.
c.  The green bow fell off of Gabbi's dress mid shoot, and had to be safety pinned back on
d.  Gabbi found this unicorn and refused to put it down. 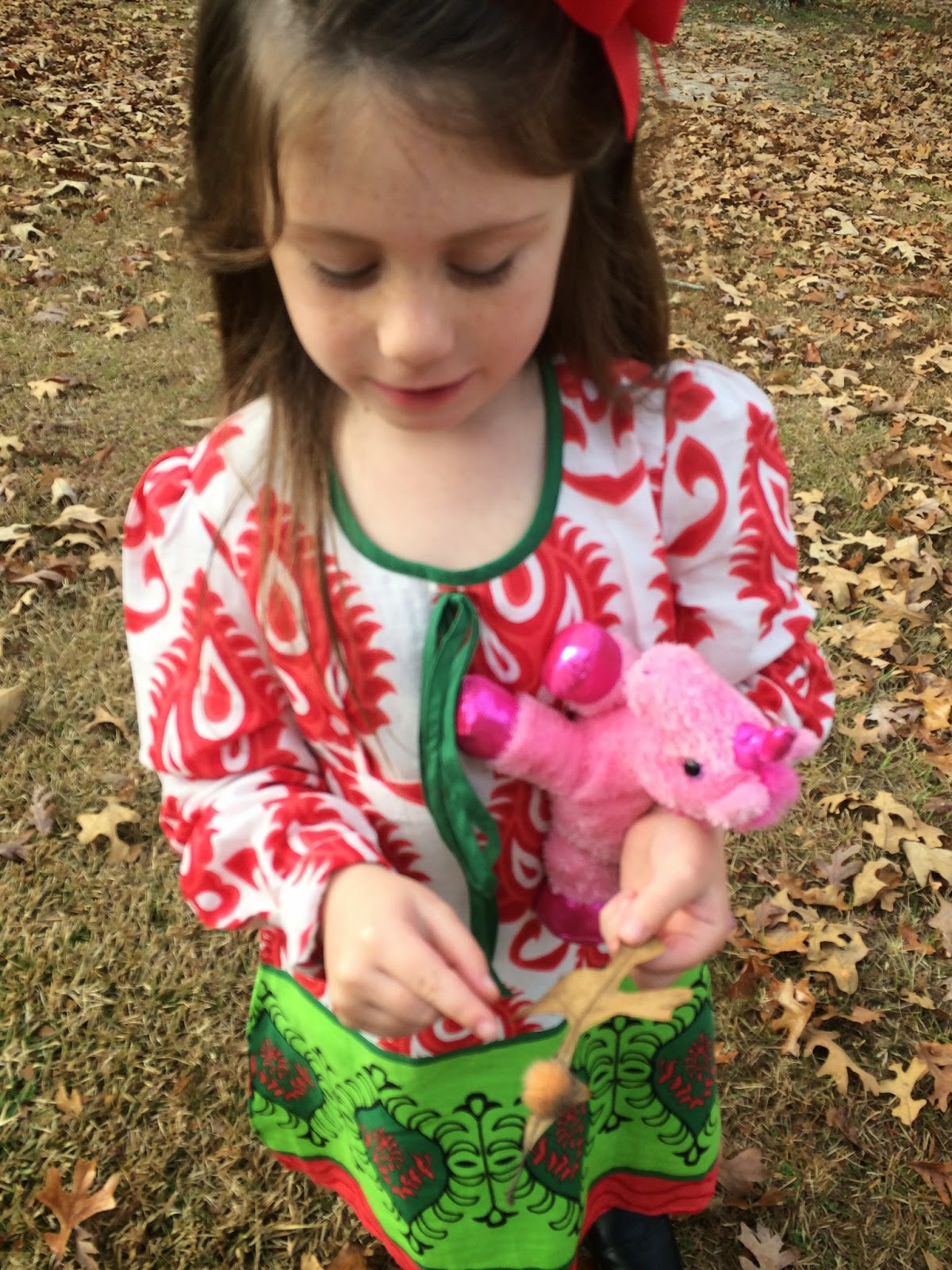 She then became intrigued by the fuzzy things growing on the leaves, and I thought, yep... another total obsession that will take all of her attention during this photo attempt.  What ARE those, by the way? 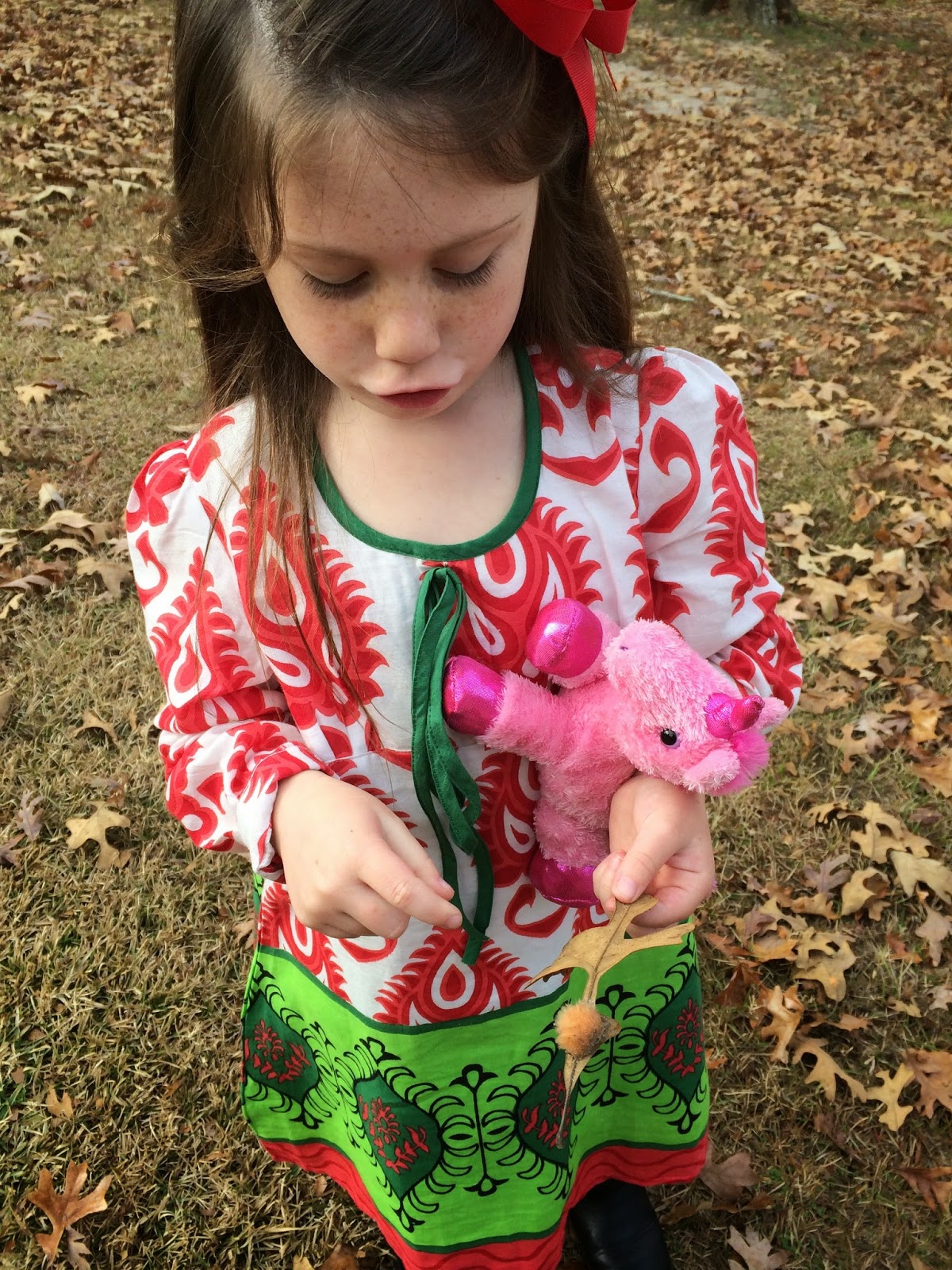 As we headed out to the pond area, I took a quick shot of the back of the house.  Noone really ever sees this vantage point. 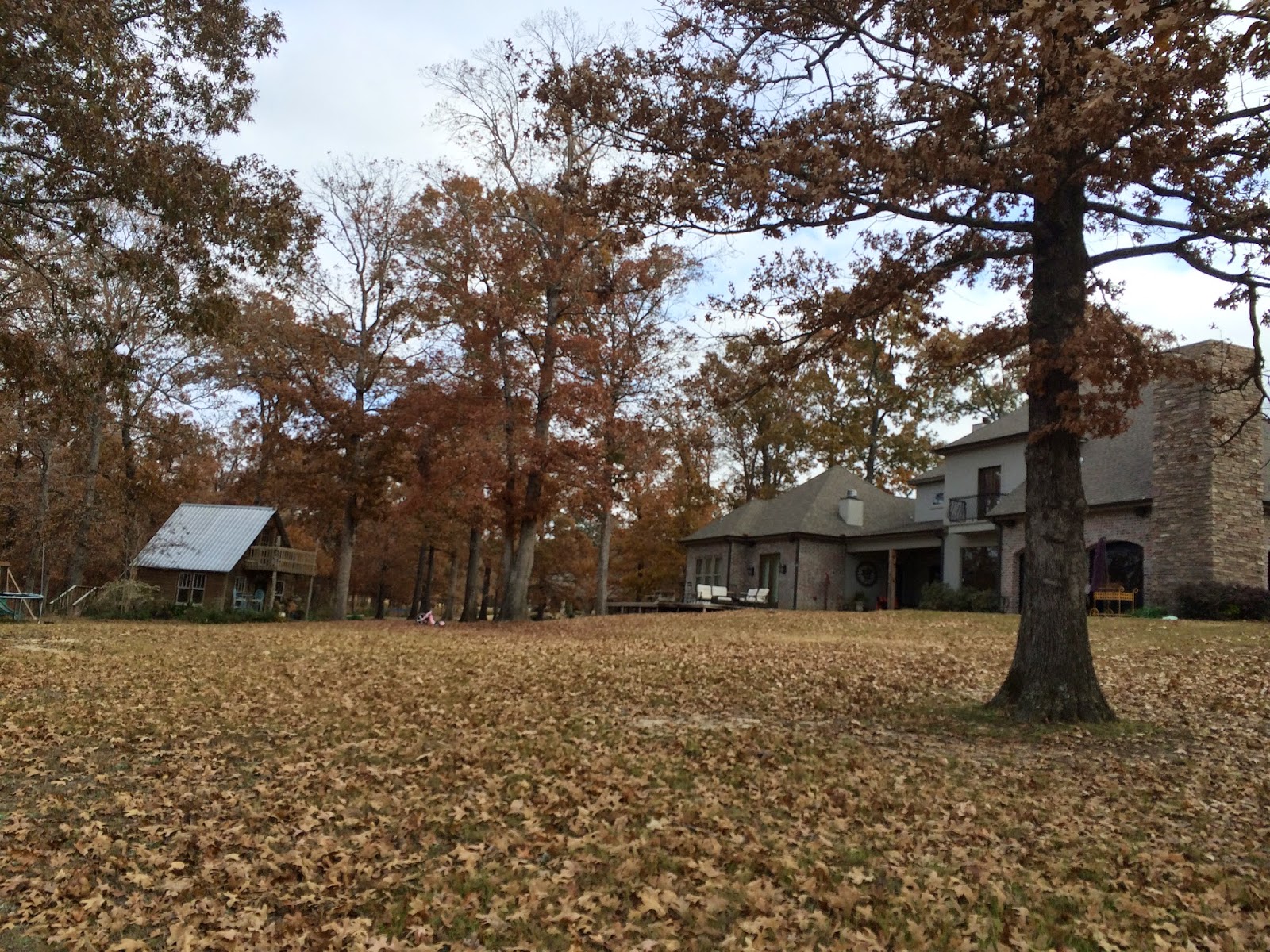 And then I tried the panoramic feature on my phone.  This is cool.

Would you believe Melinda even hauled a red velvet couch and a green velvet chair to my backyard?! 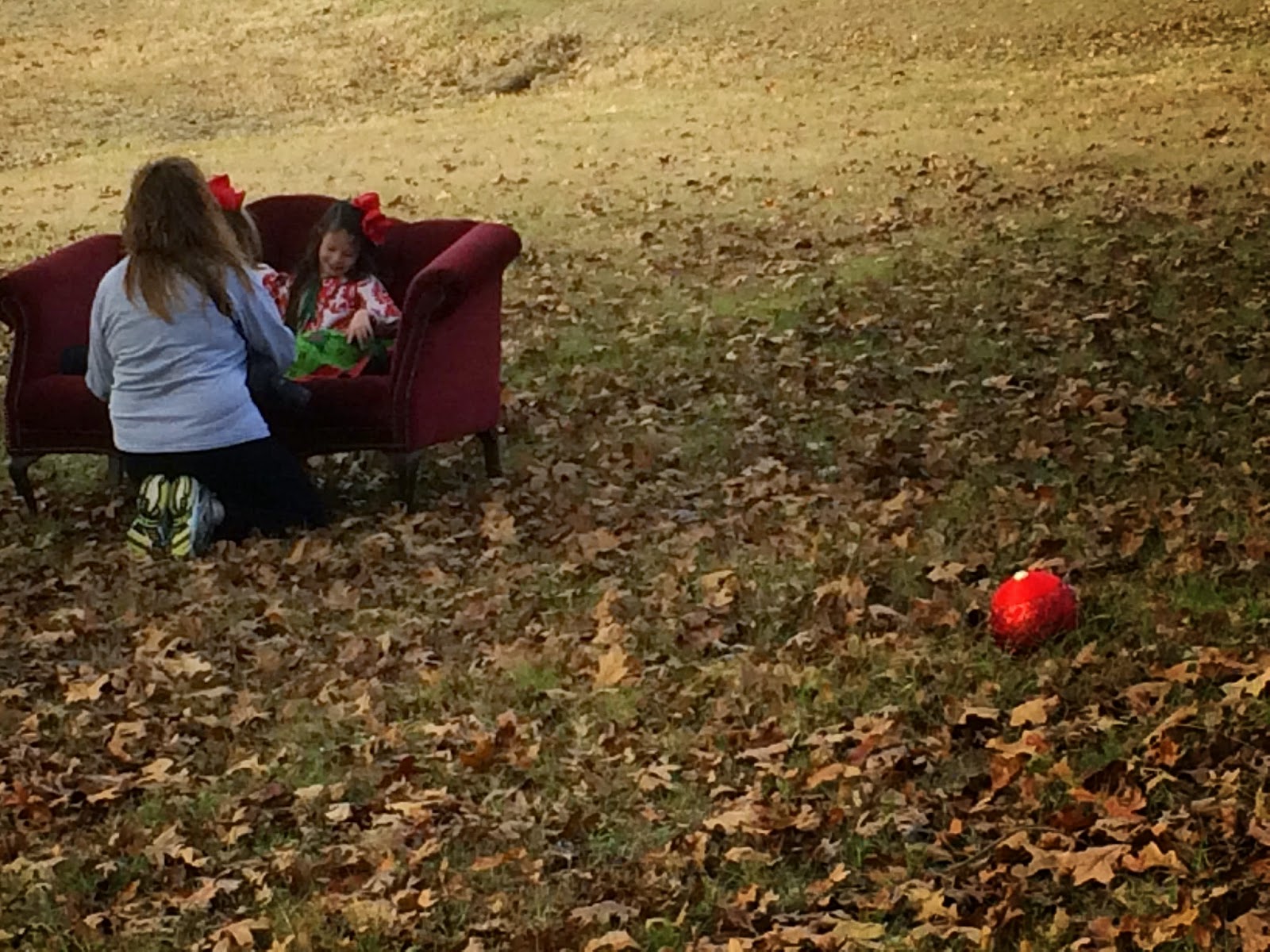 She brought her son, Lane, as her "assistant". I ended up getting the golf cart so we could more easily haul these big ol' pieces of furniture around. 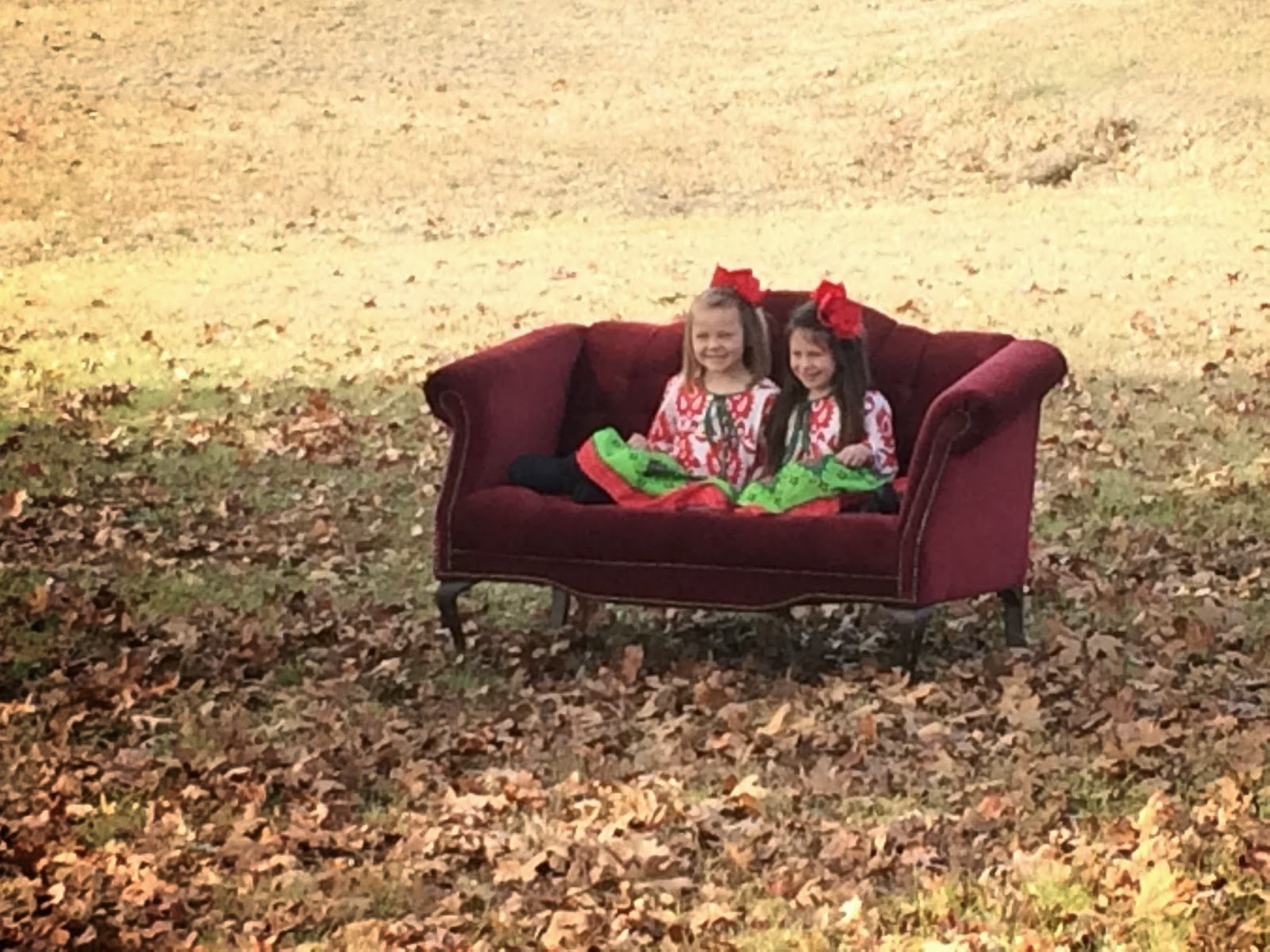 I think I looked a bit redneck as I drove them back down to her house on the back of the golf cart. 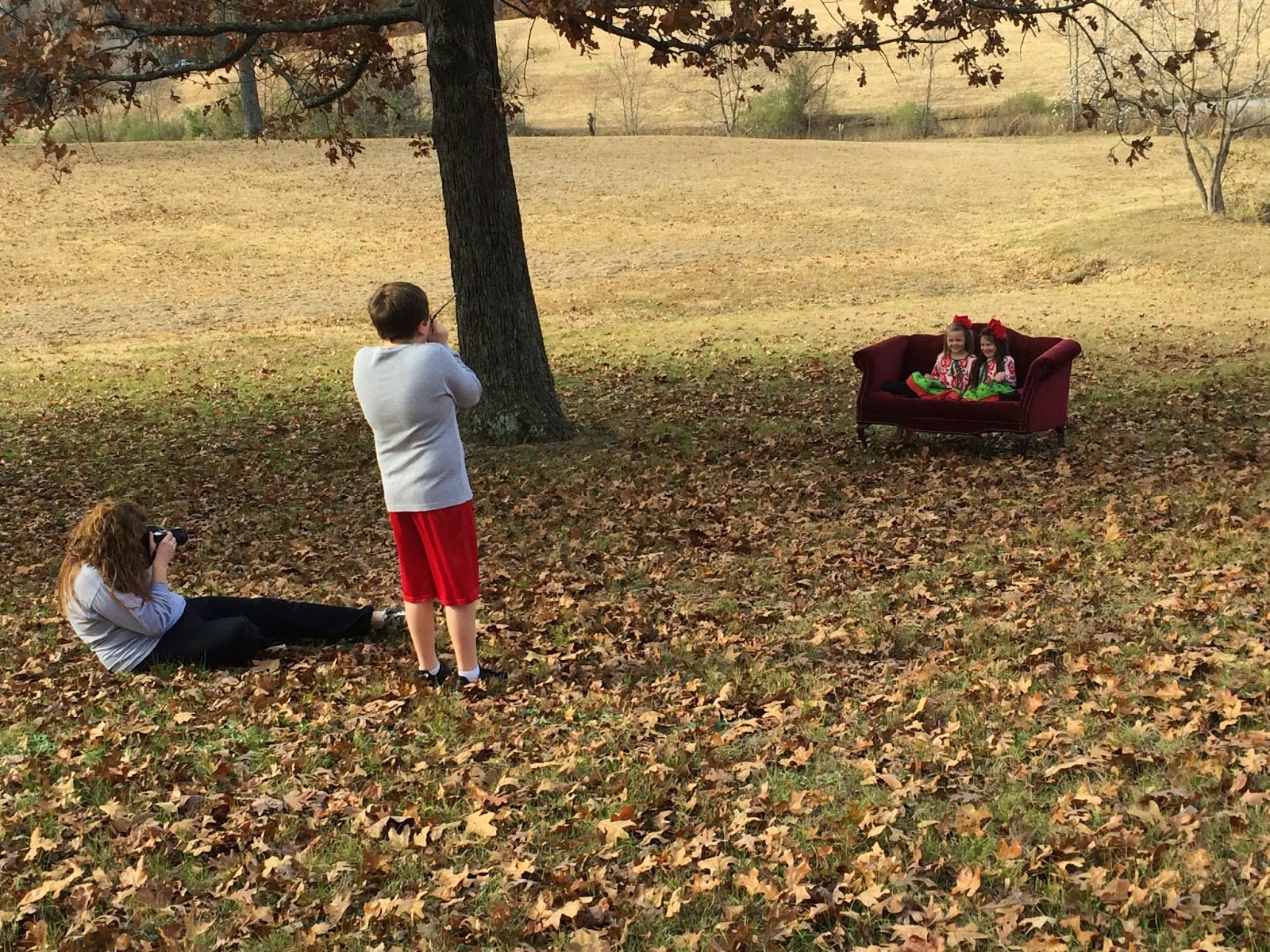 Lane also served as the entertainer, doing crazy stunts to encourage the girls to smile. 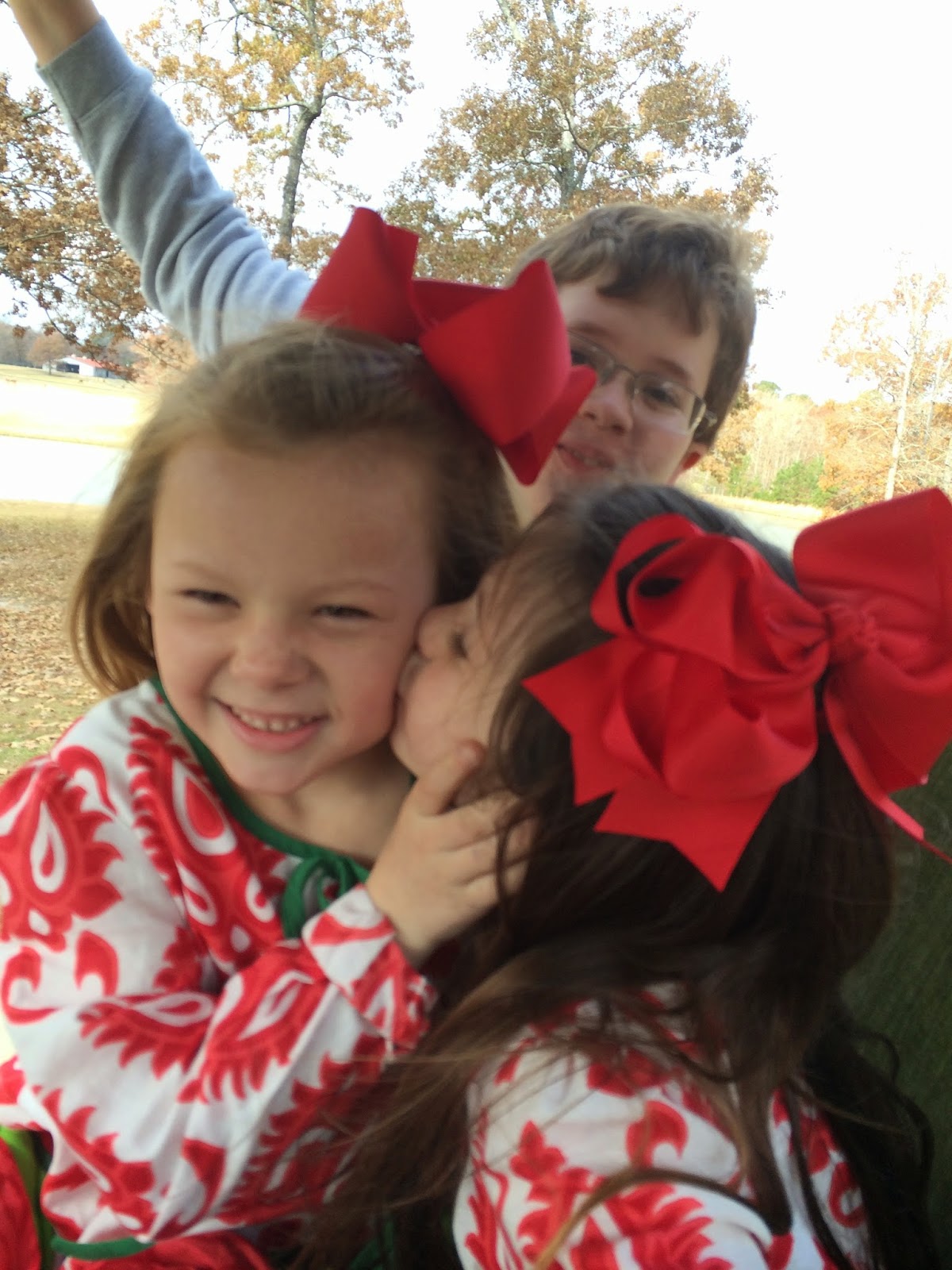 These were just a few cute ones from my cell phone. 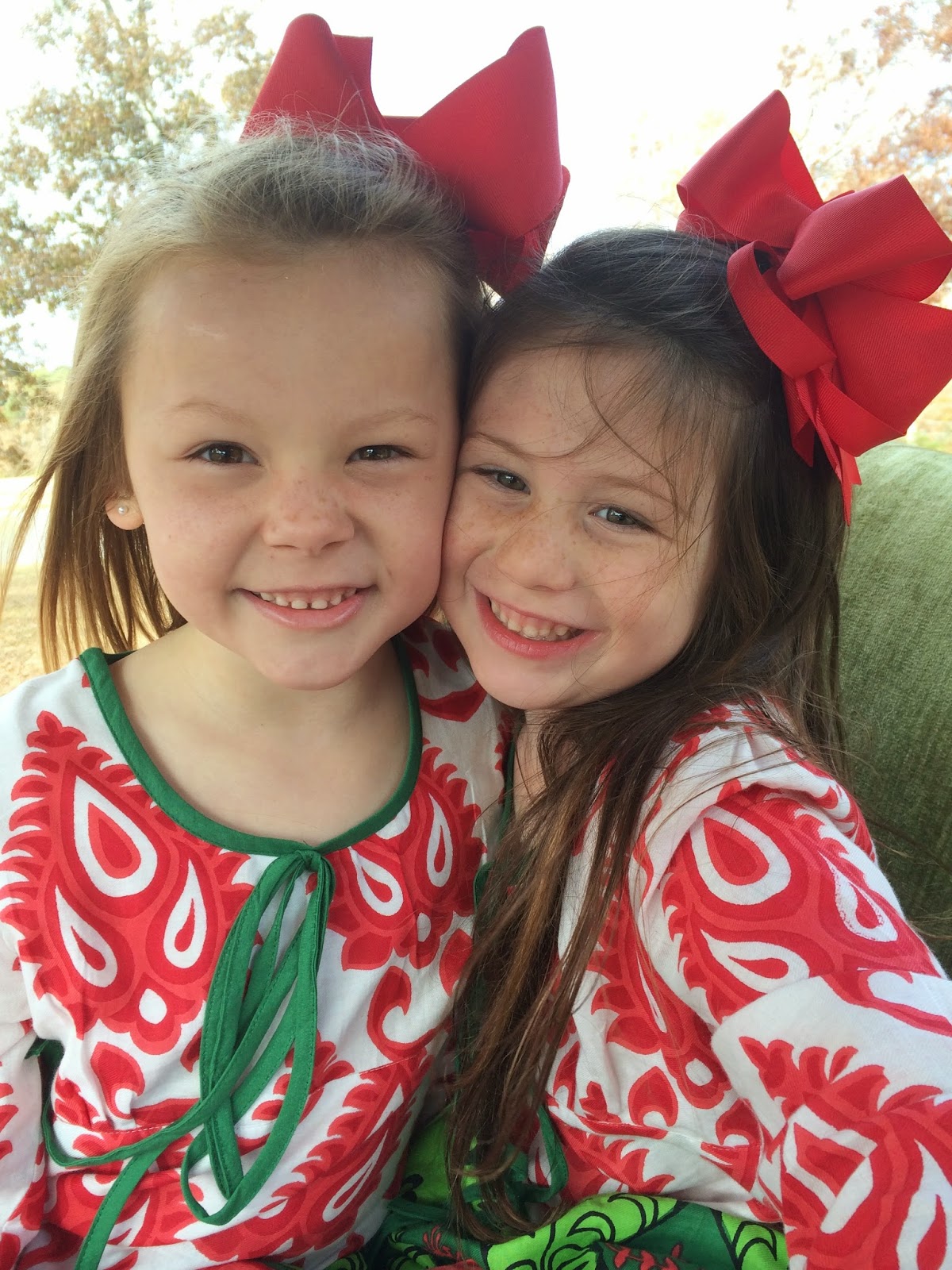 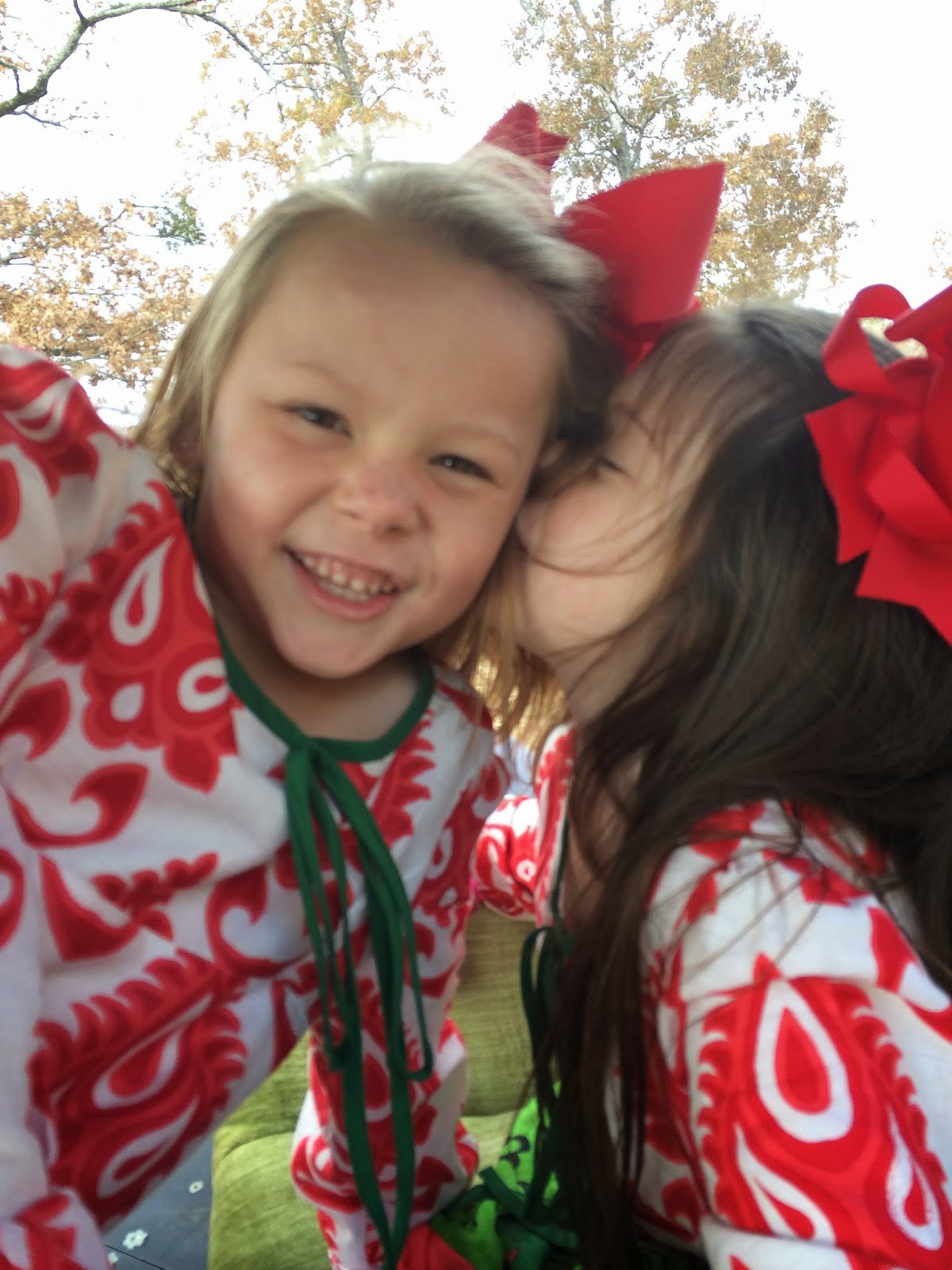 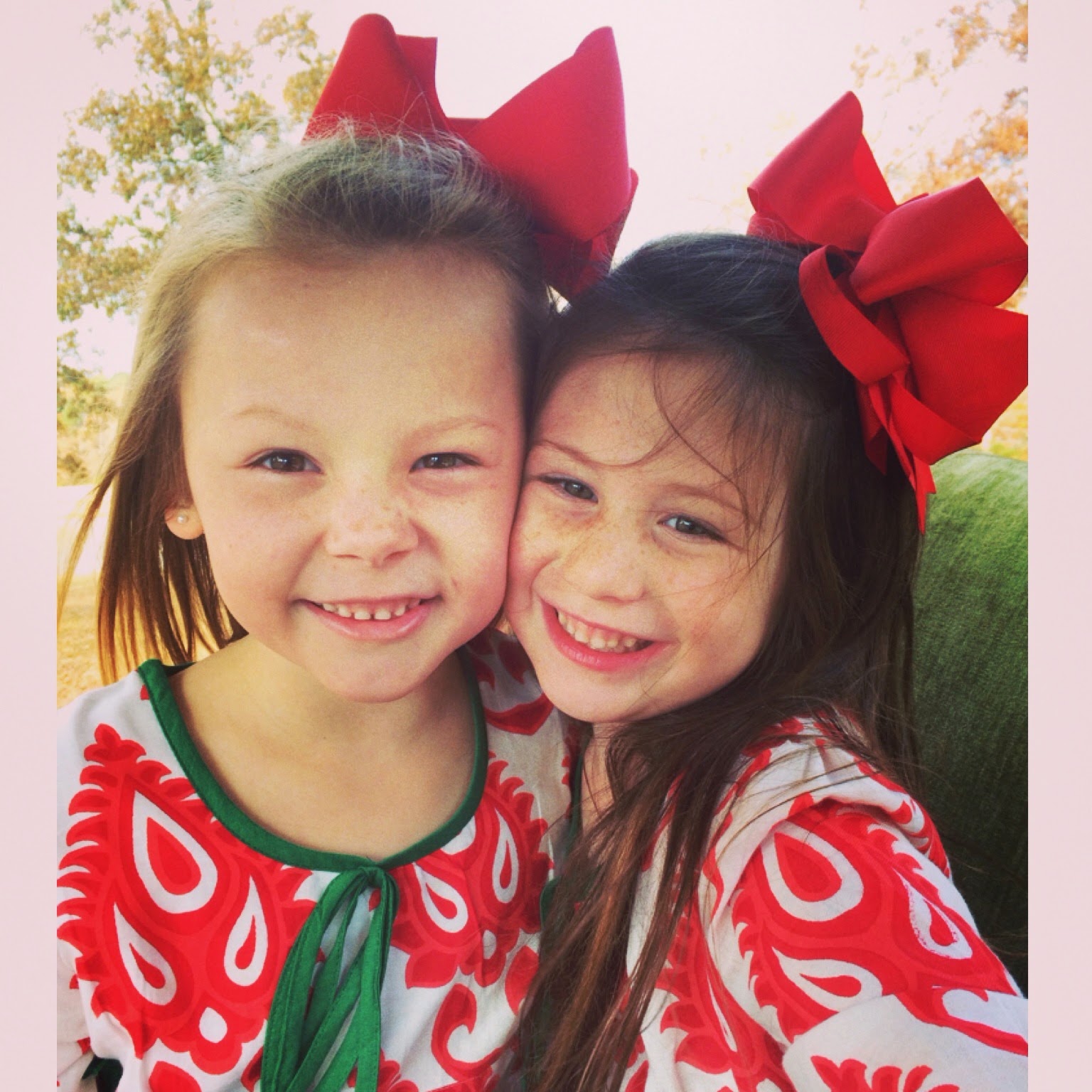 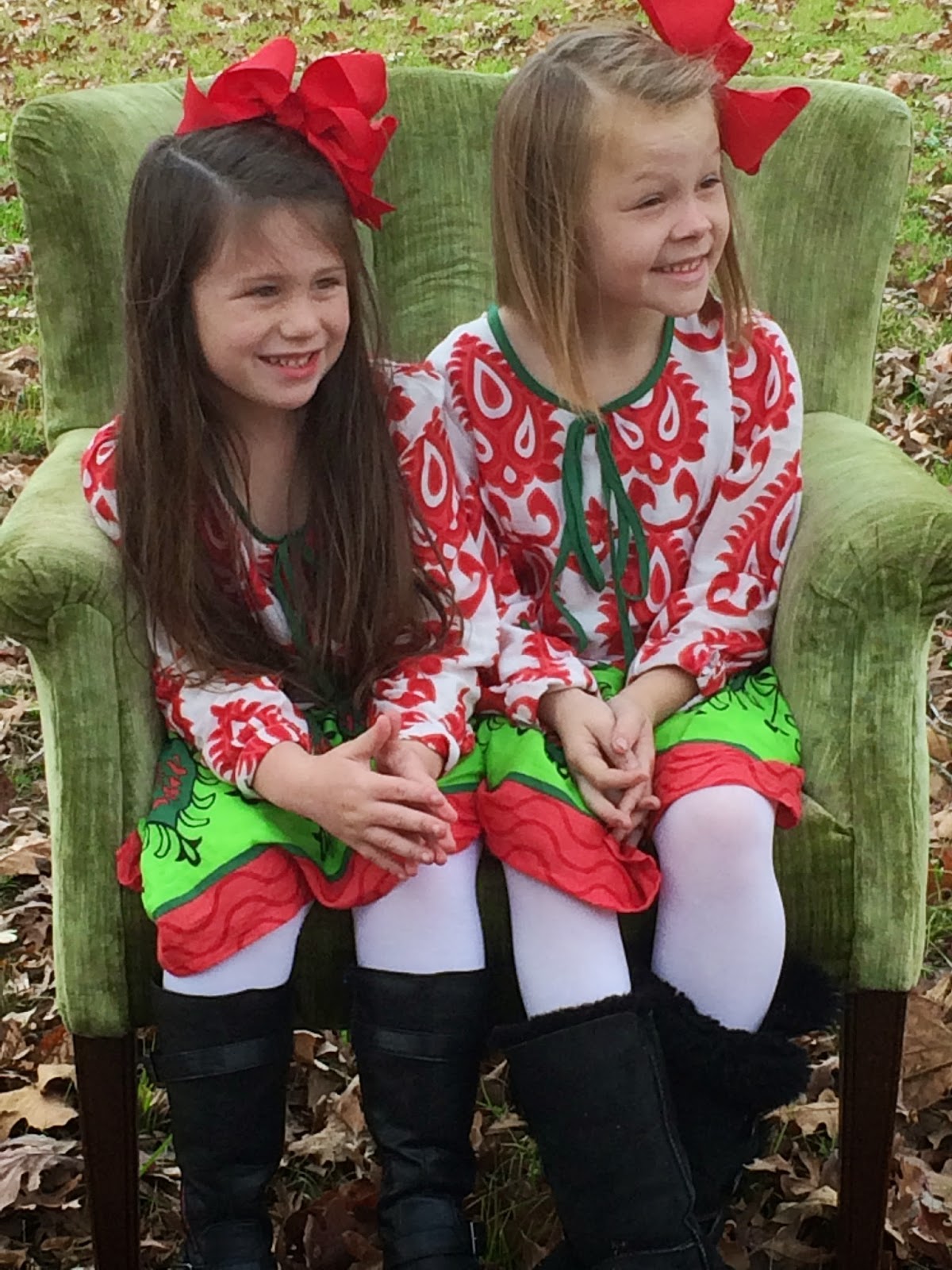 You know how it is... there will be one good one for every 5 bad ones.  Ellie was being a bit uncooperative here.  And don't you even worry... that pink unicorn is right behind Gabbi in every picture! 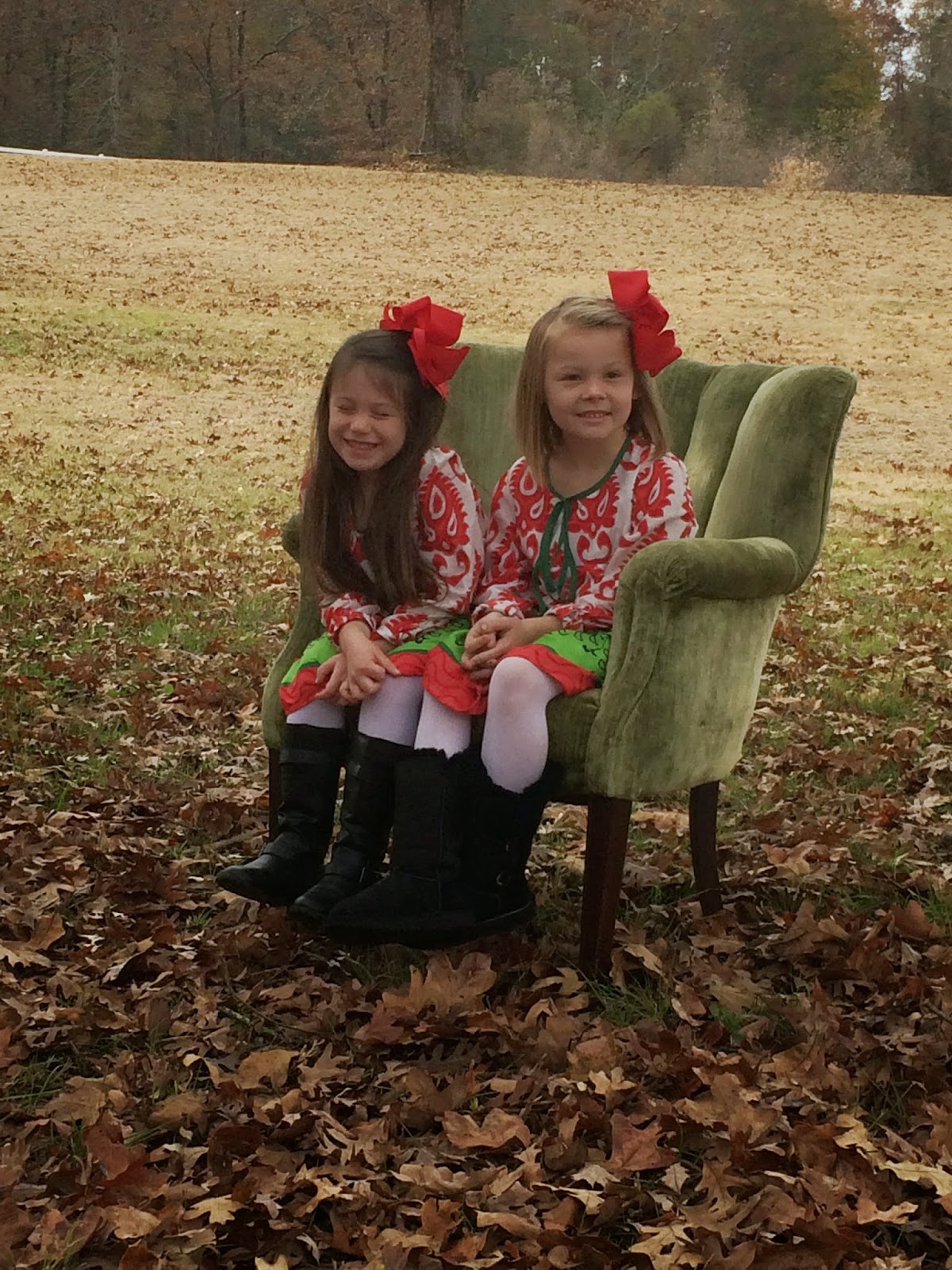 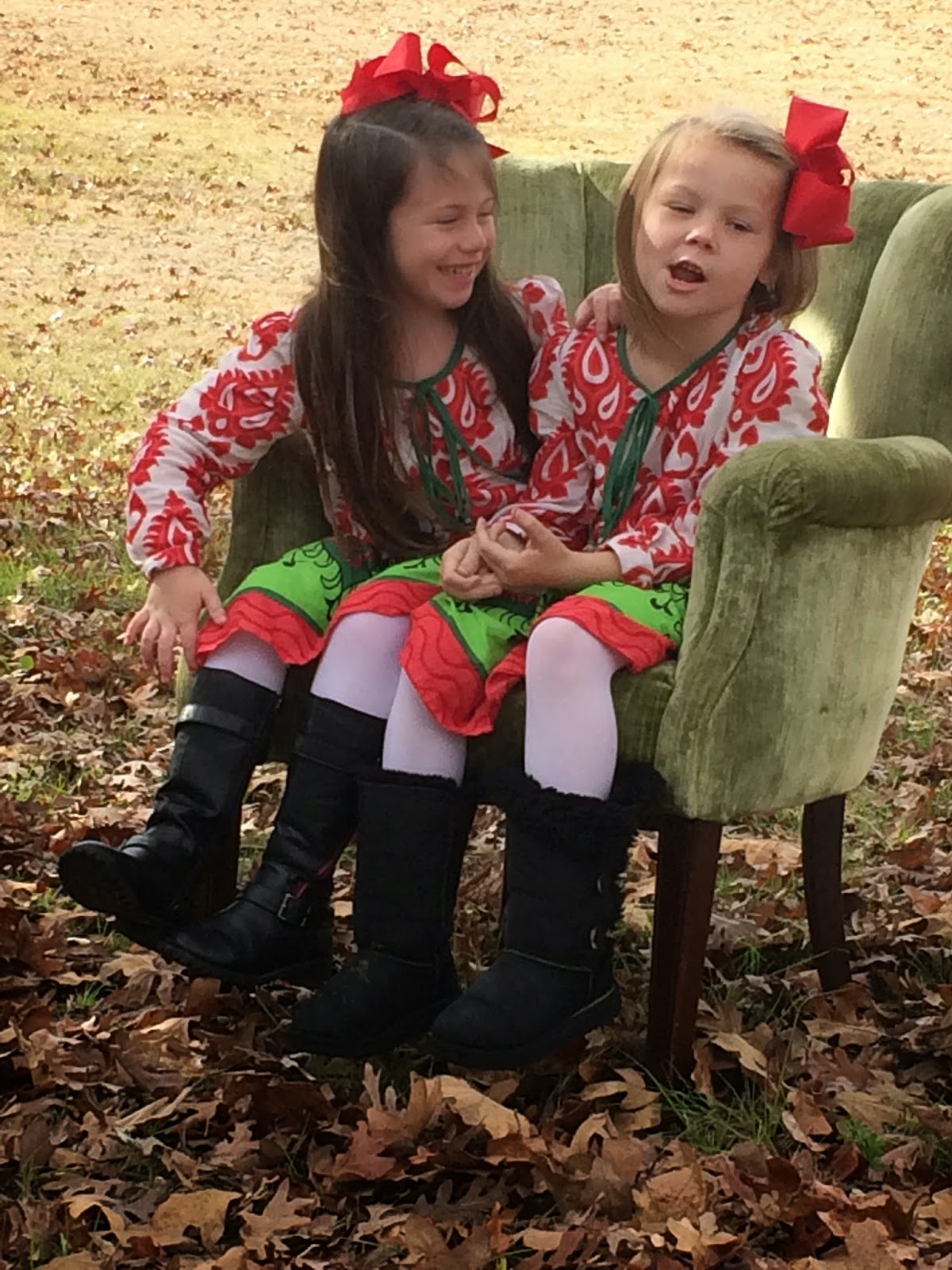 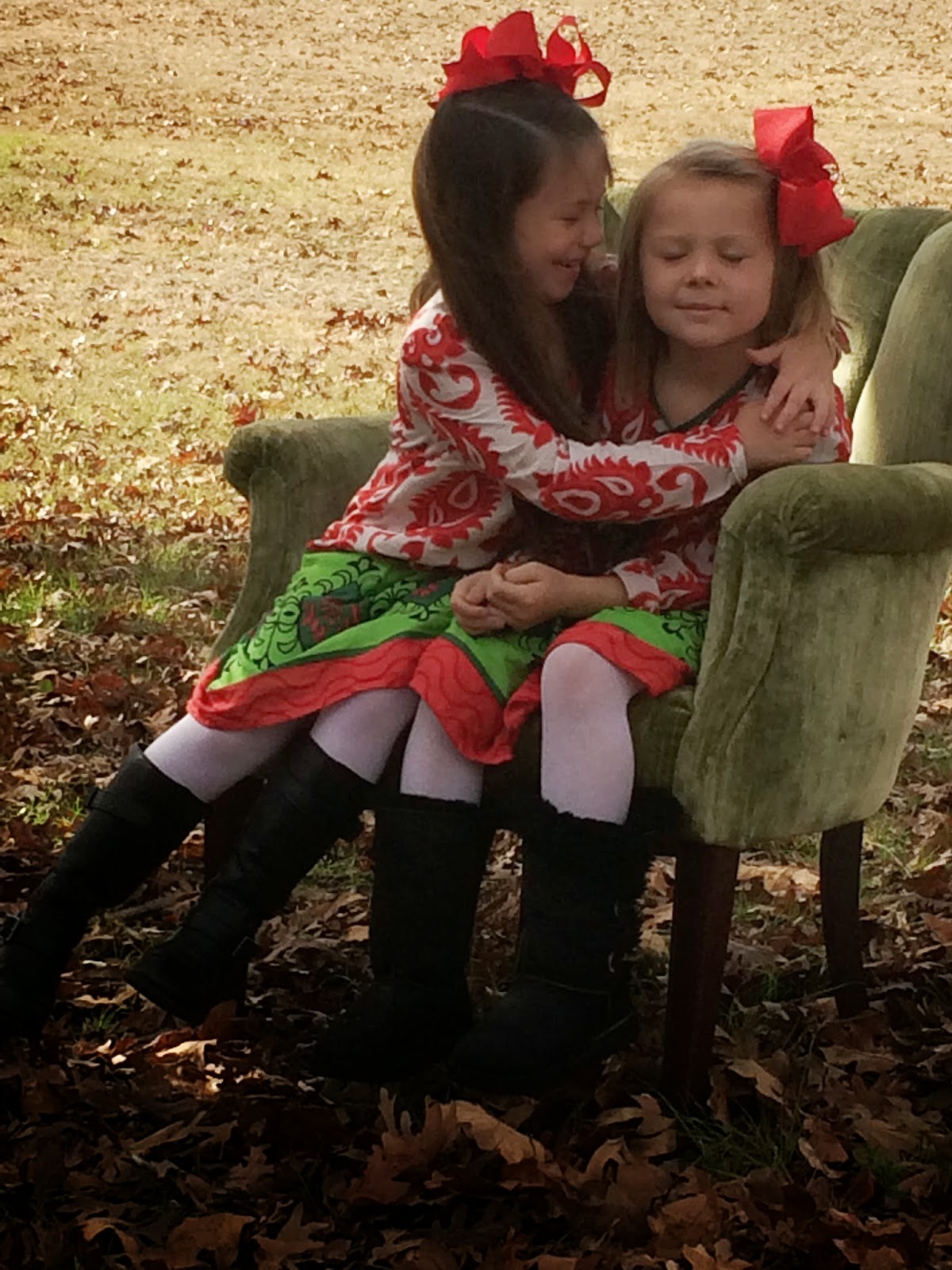 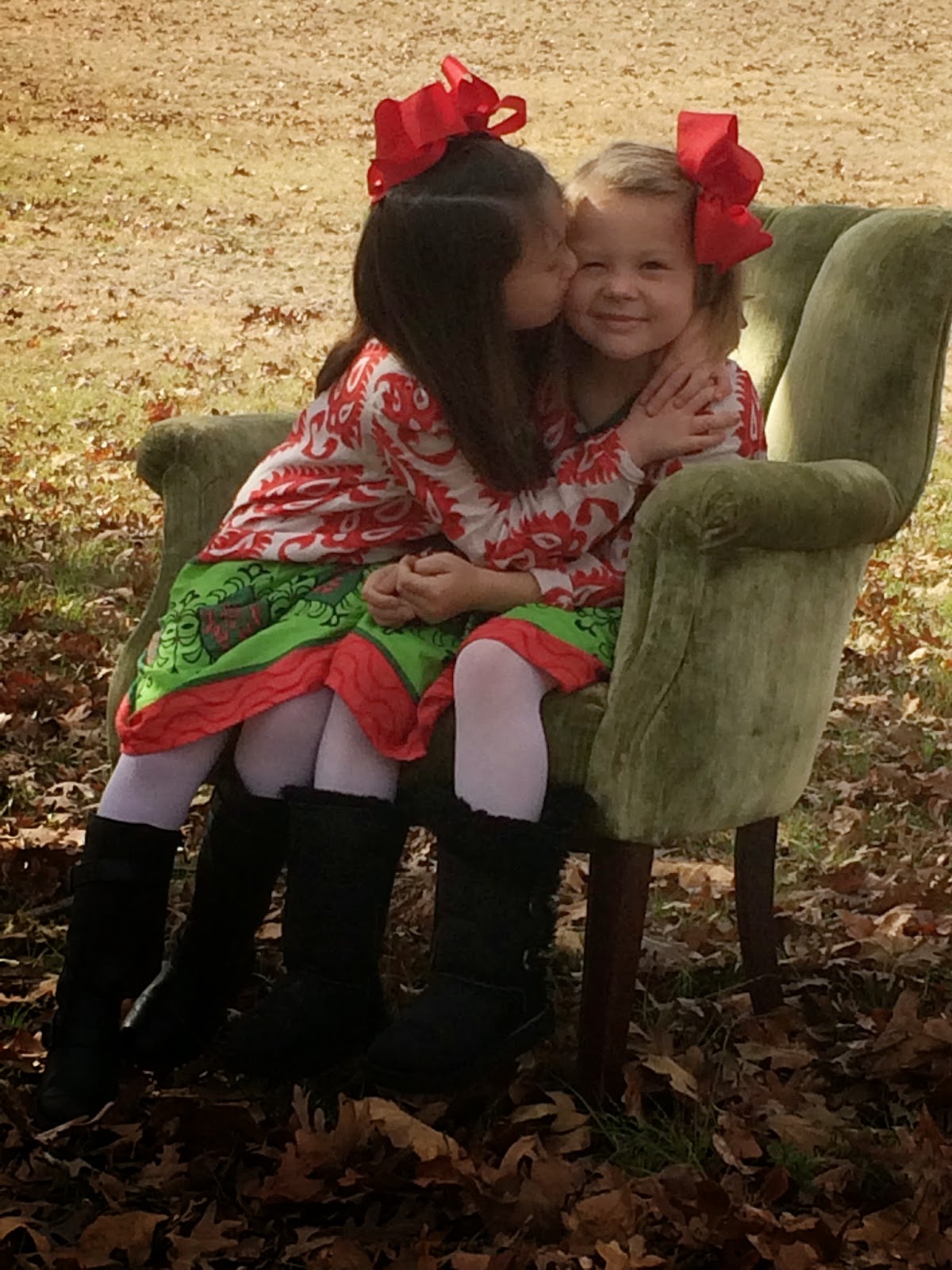 I addressed those suckers, and they are going out tomorrow! 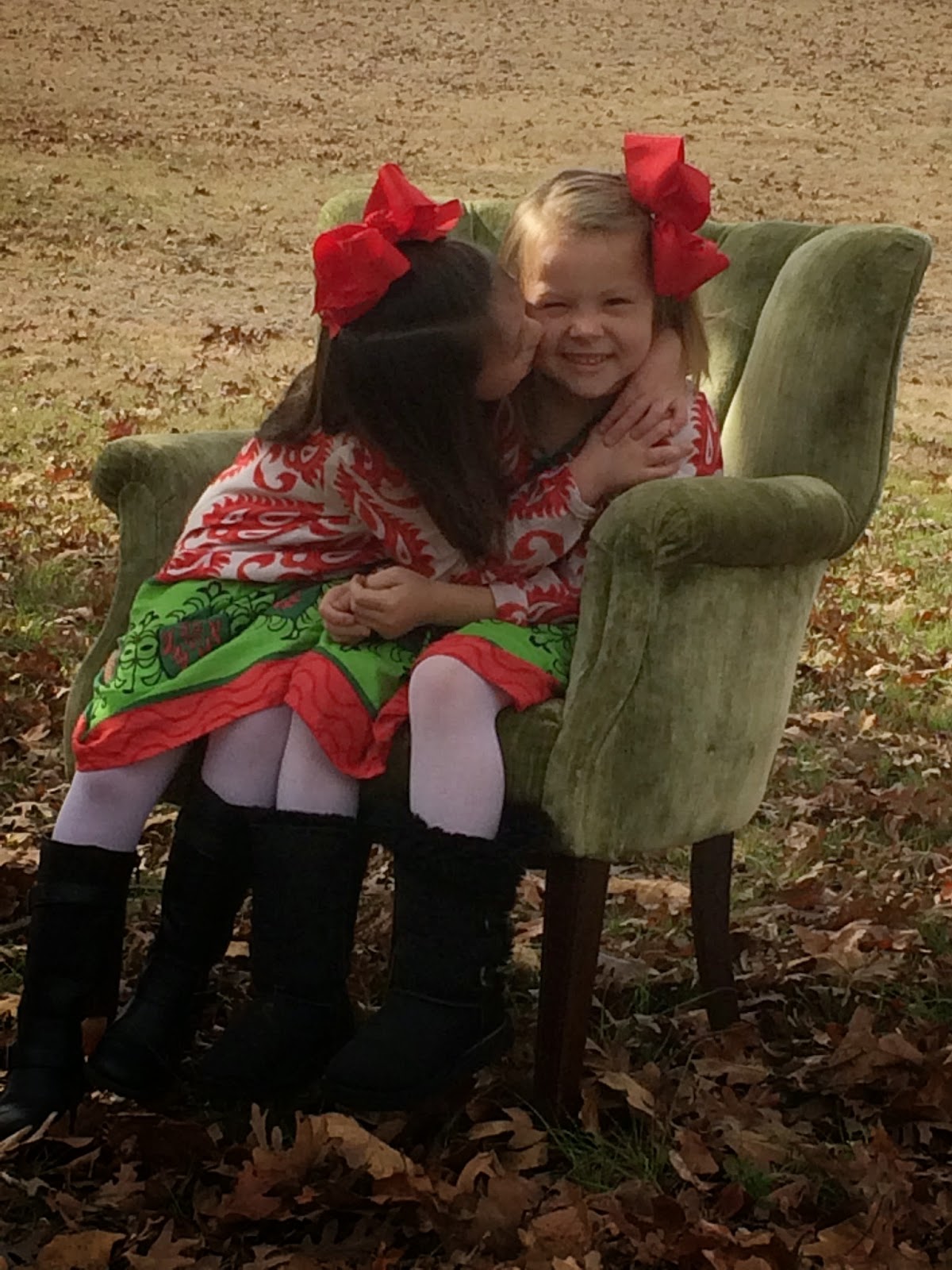 Even Todd the Bod joined in on the fun.  And boy did he EVER love taking pics!! 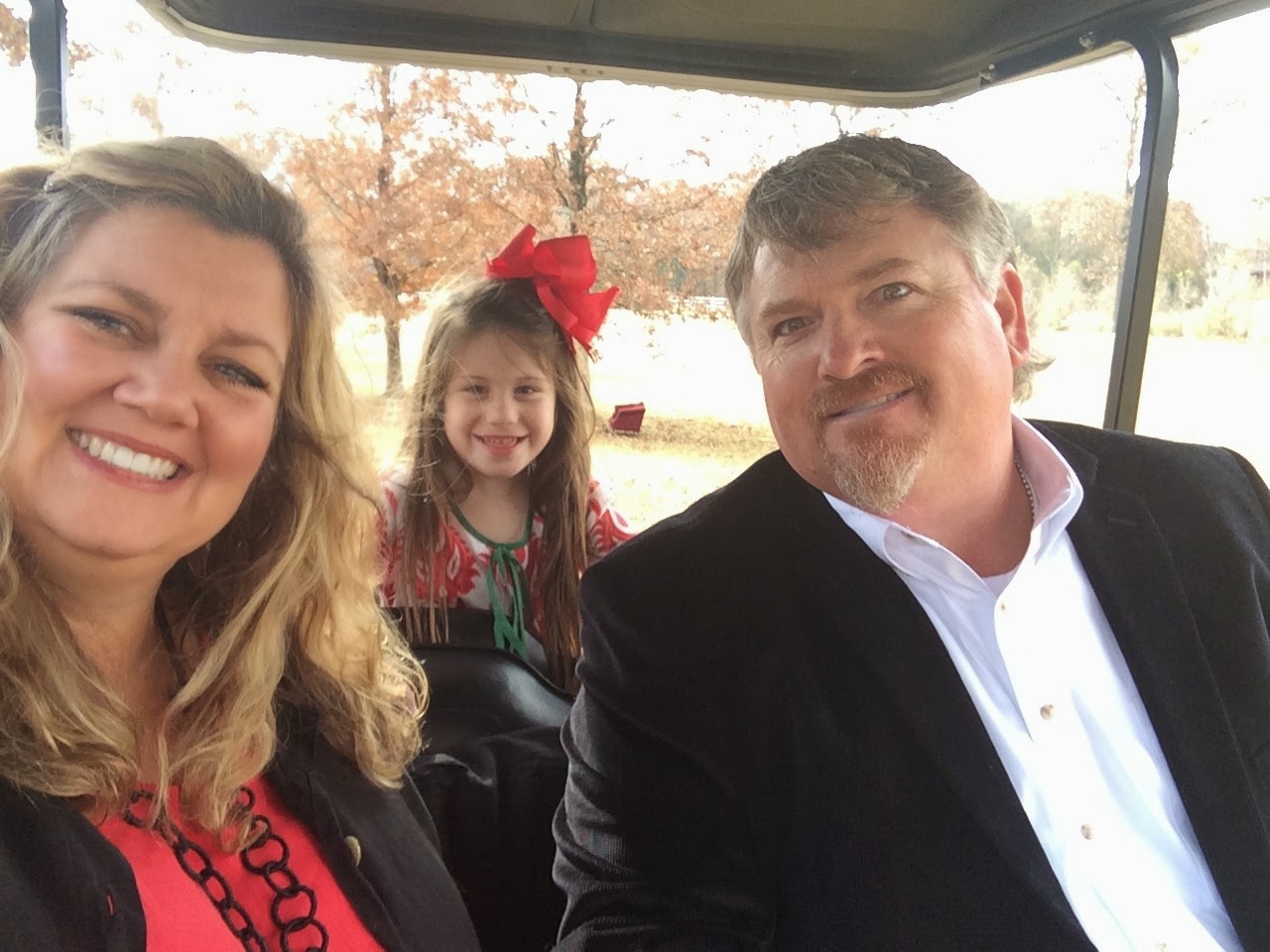 Even during just these selfies, he was saying, "Where am I supposed to look?".  I was like... 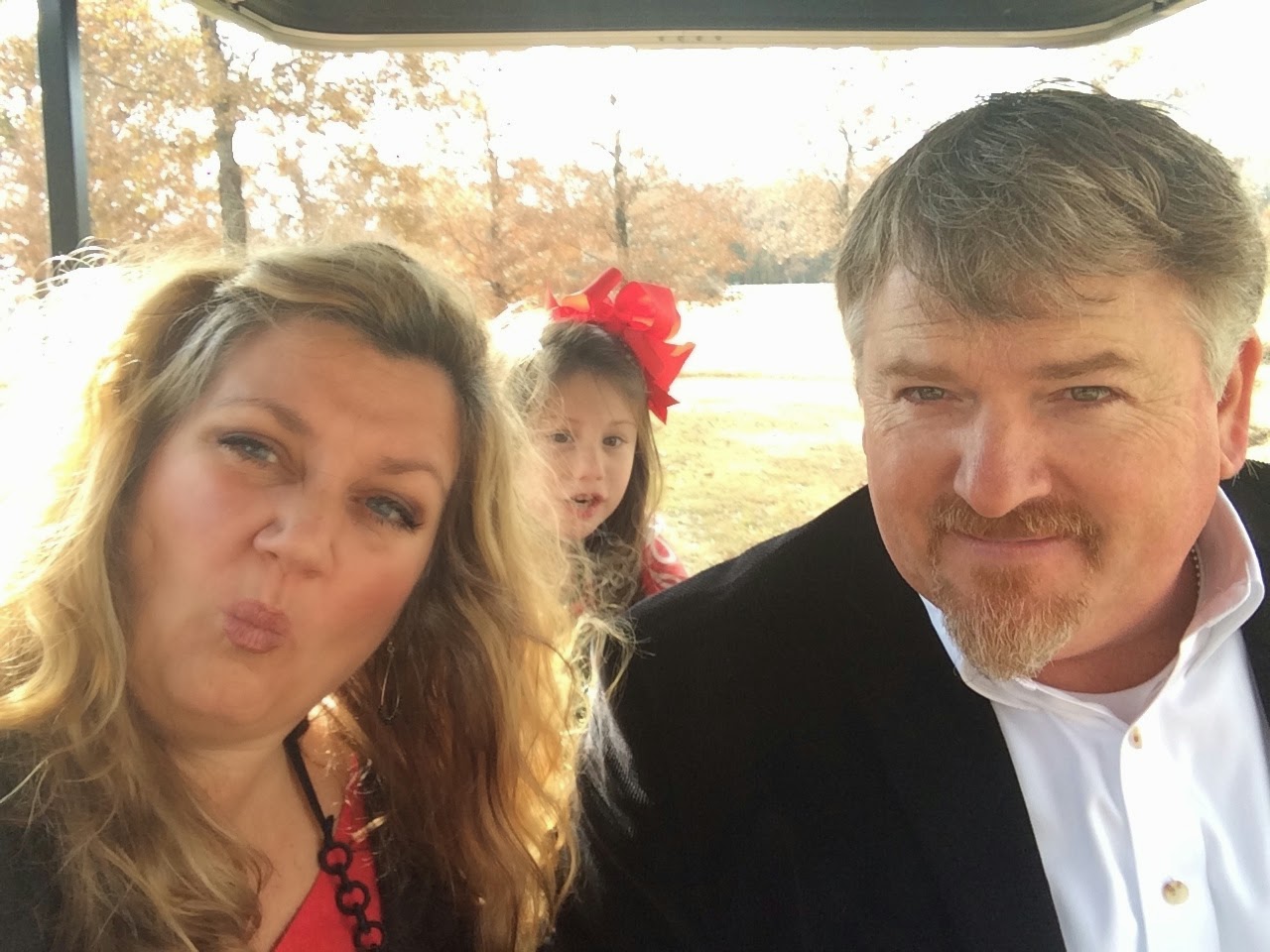 Is this seriously your first time to ever take a pic with a cellphone?  Dang, Stone Age! 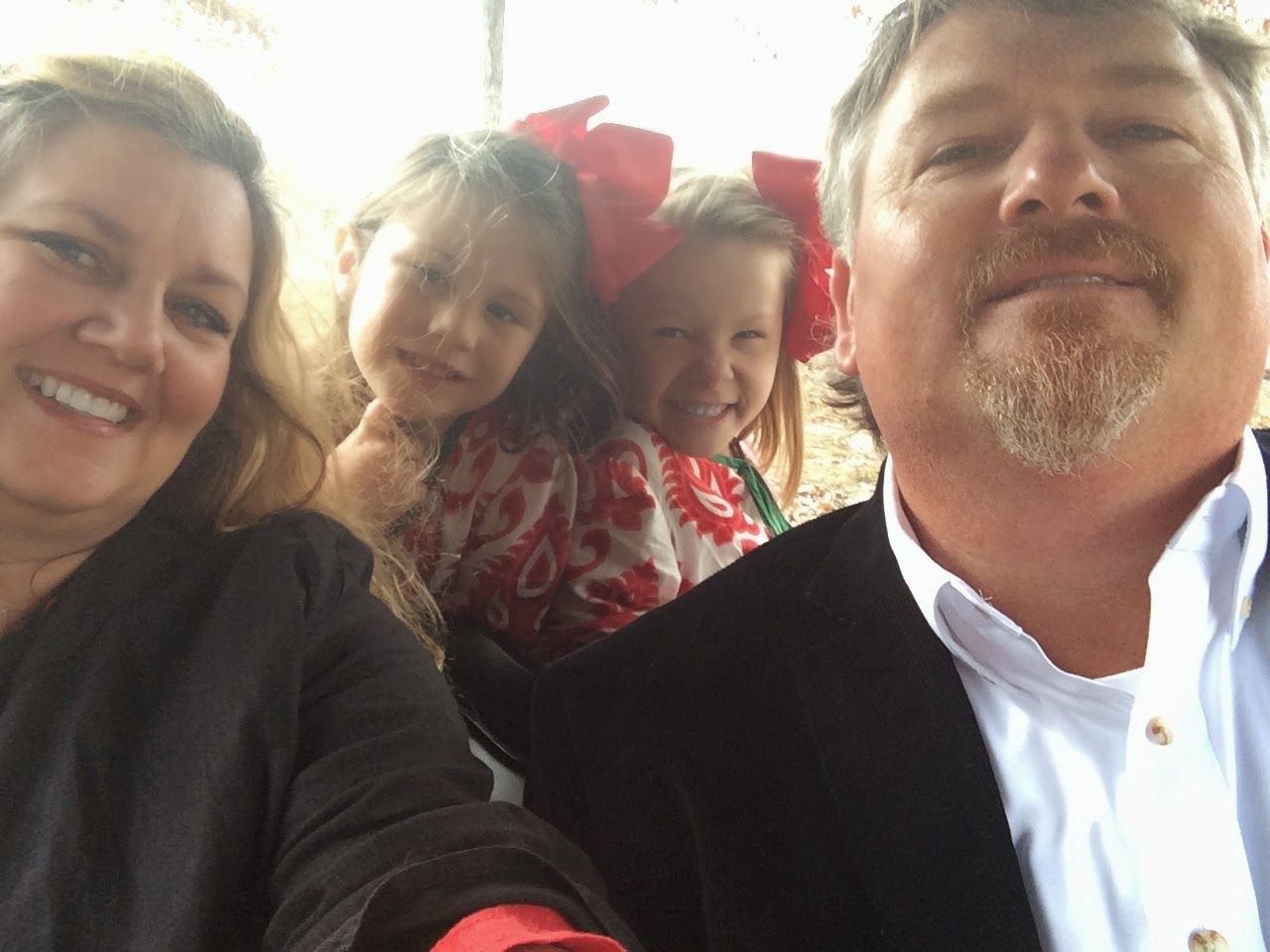 Hahaha.  Really. It looks like he looks at one spot with one eye and another with the other.  He is a cross-eyed selfie taker. 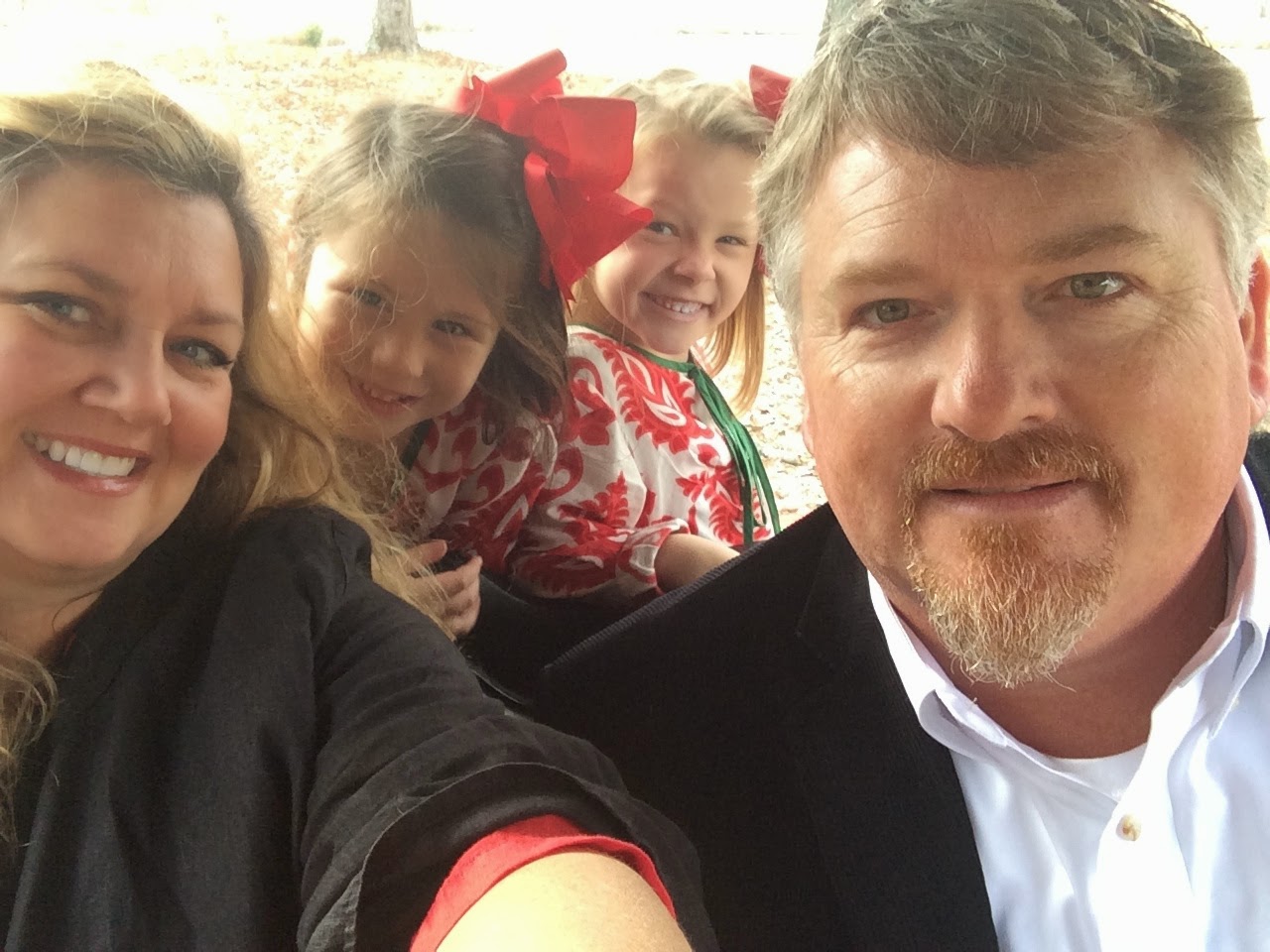 And so it was.  We did it!!  And the results were truly great.  I am so thankful Melinda obliged us on short notice and then went above and beyond with the props. 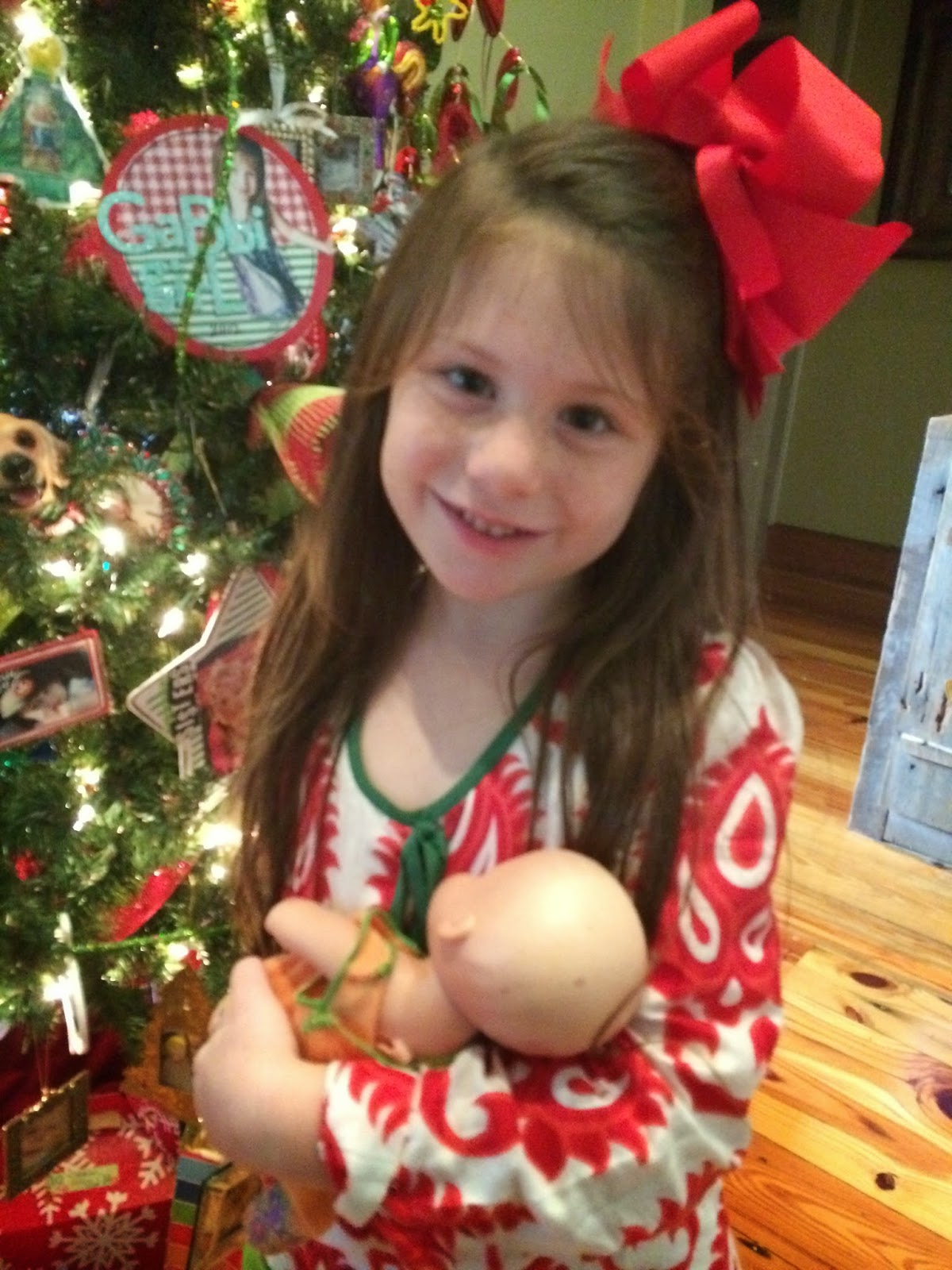 Our cards are CUTE!!  Might be my favorite ones ever!!  But I can' post the pics here until I KNOW they've been received.  Stay tuned til this weekend. 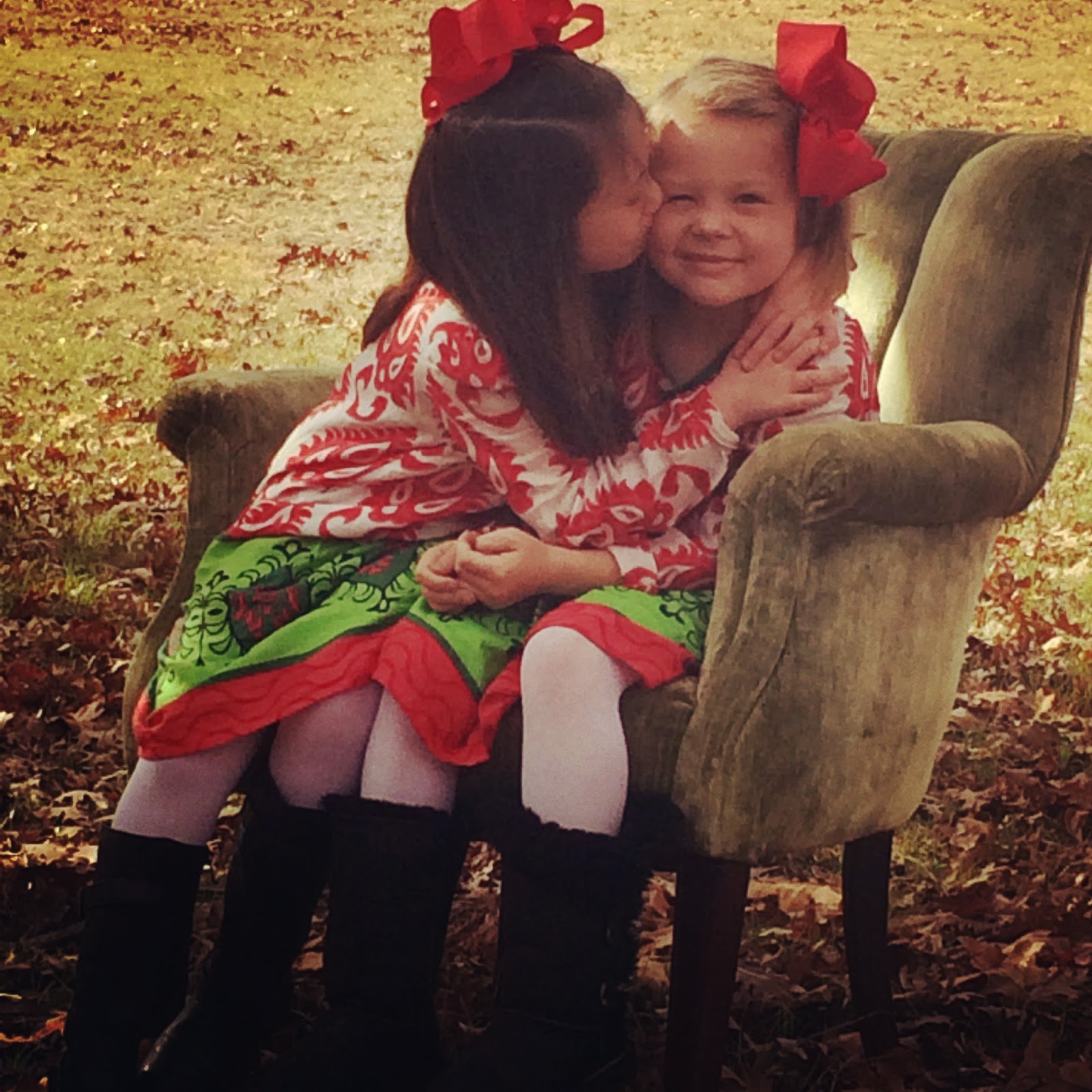 Adorable, as always. Can't wait to see the others.

These are some of my faves! The girls outfits and the scenery/props was great!

Your girlies are so cute!