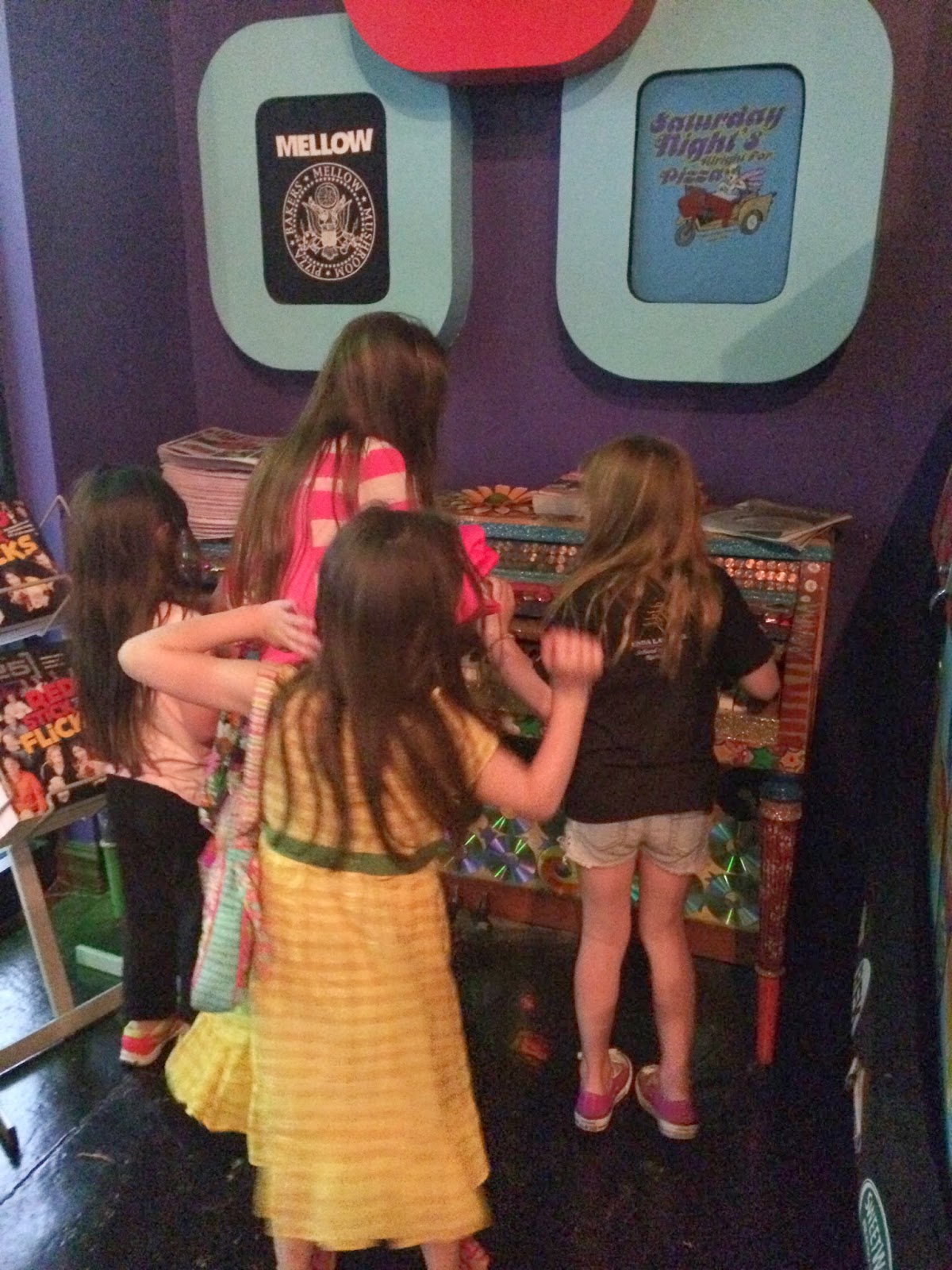 Ok, I'd be remiss if I didn't mention what might be one of my favorite pizza joints ever.  The Mellow Mushroom.  Man!  Do you have one of these!?  That place was the bomb!! 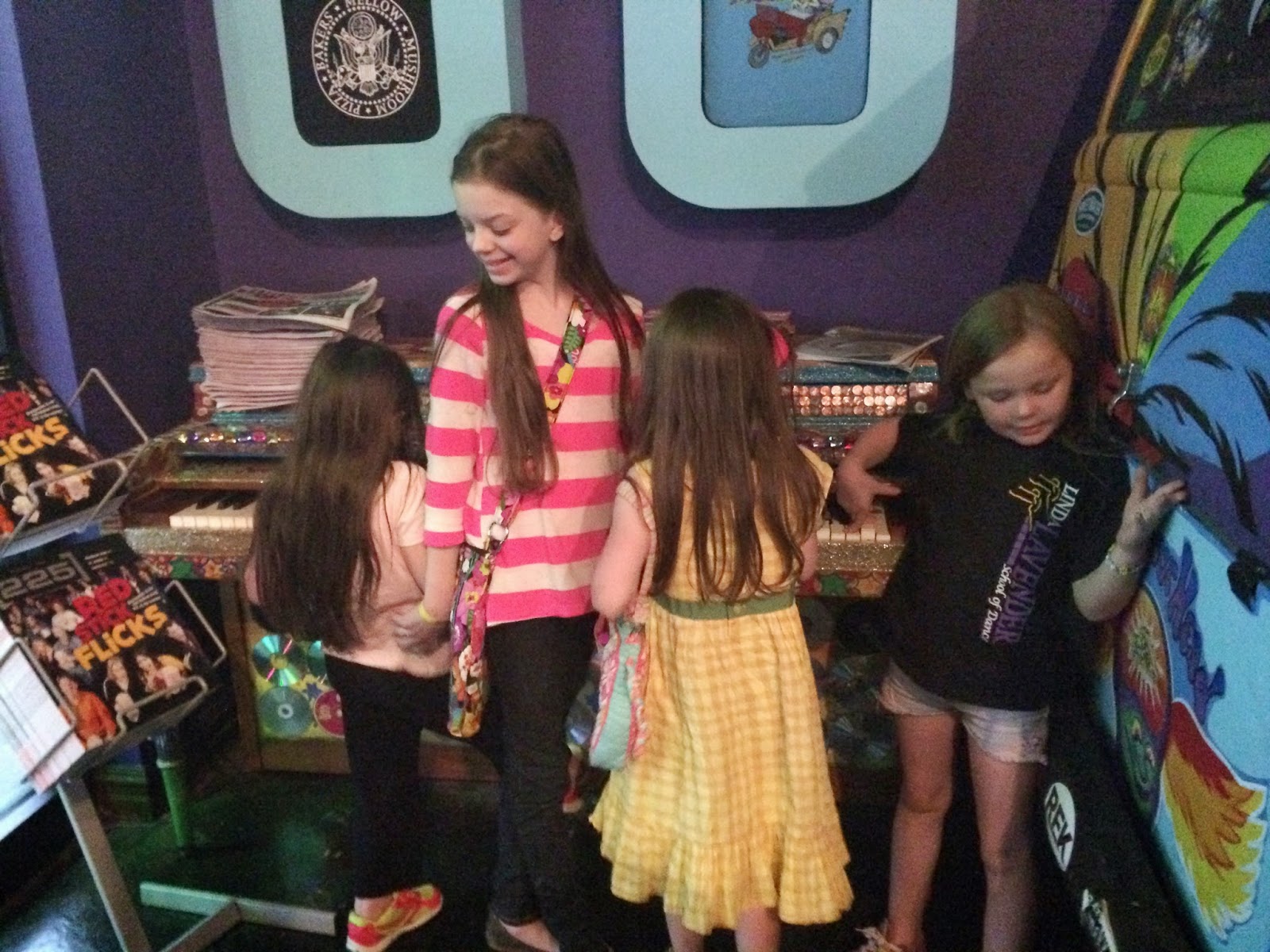 We had gone to join up with all our homies from West Monroe at another food joint, near LSU,. but whereas their teenagers are capable of waits upwards of an hour, our young uns were, umm... well let's just say, Not! 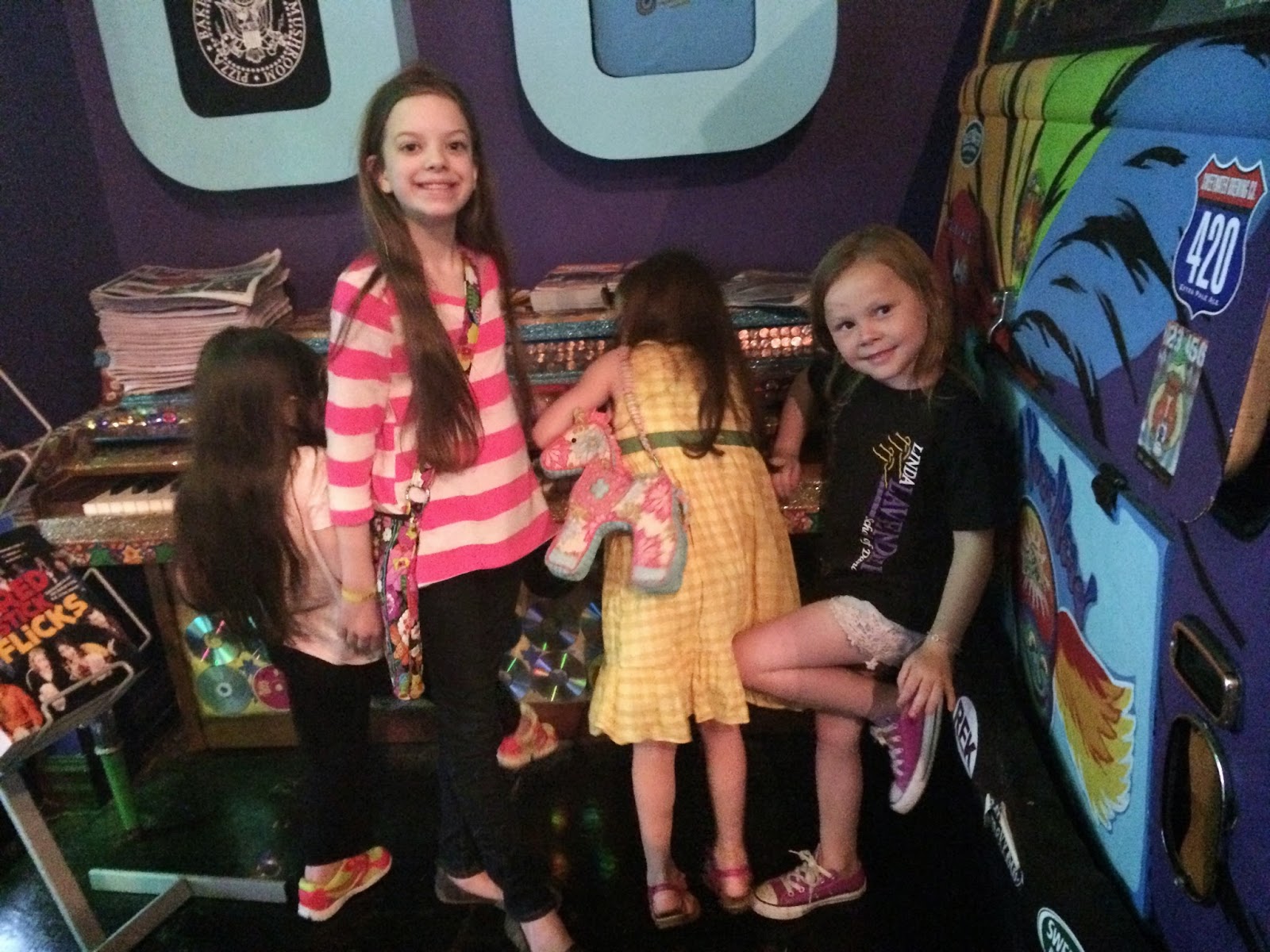 Plus the fact that this one had a super cool tiger that we could use to pose on.  I mean, duh! 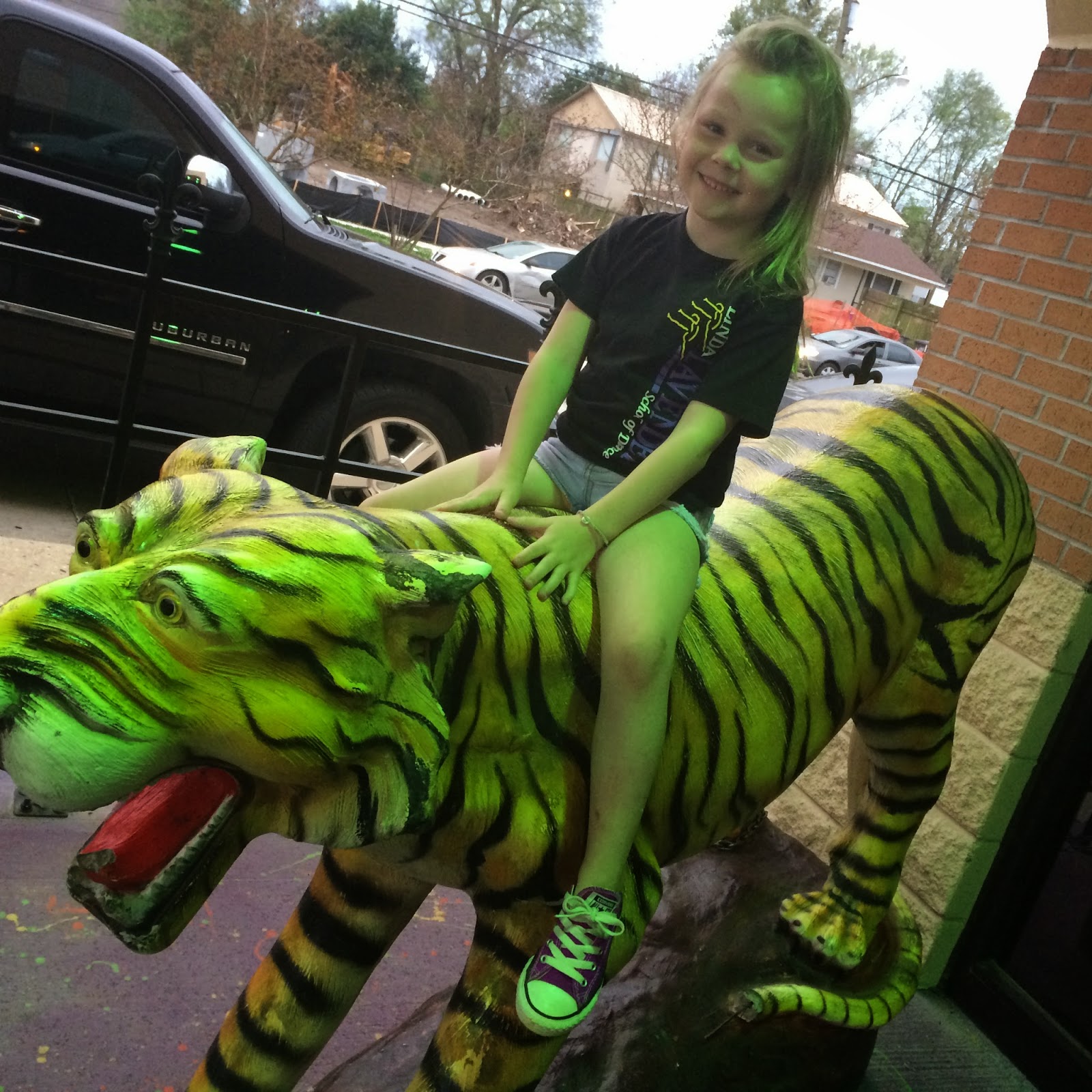 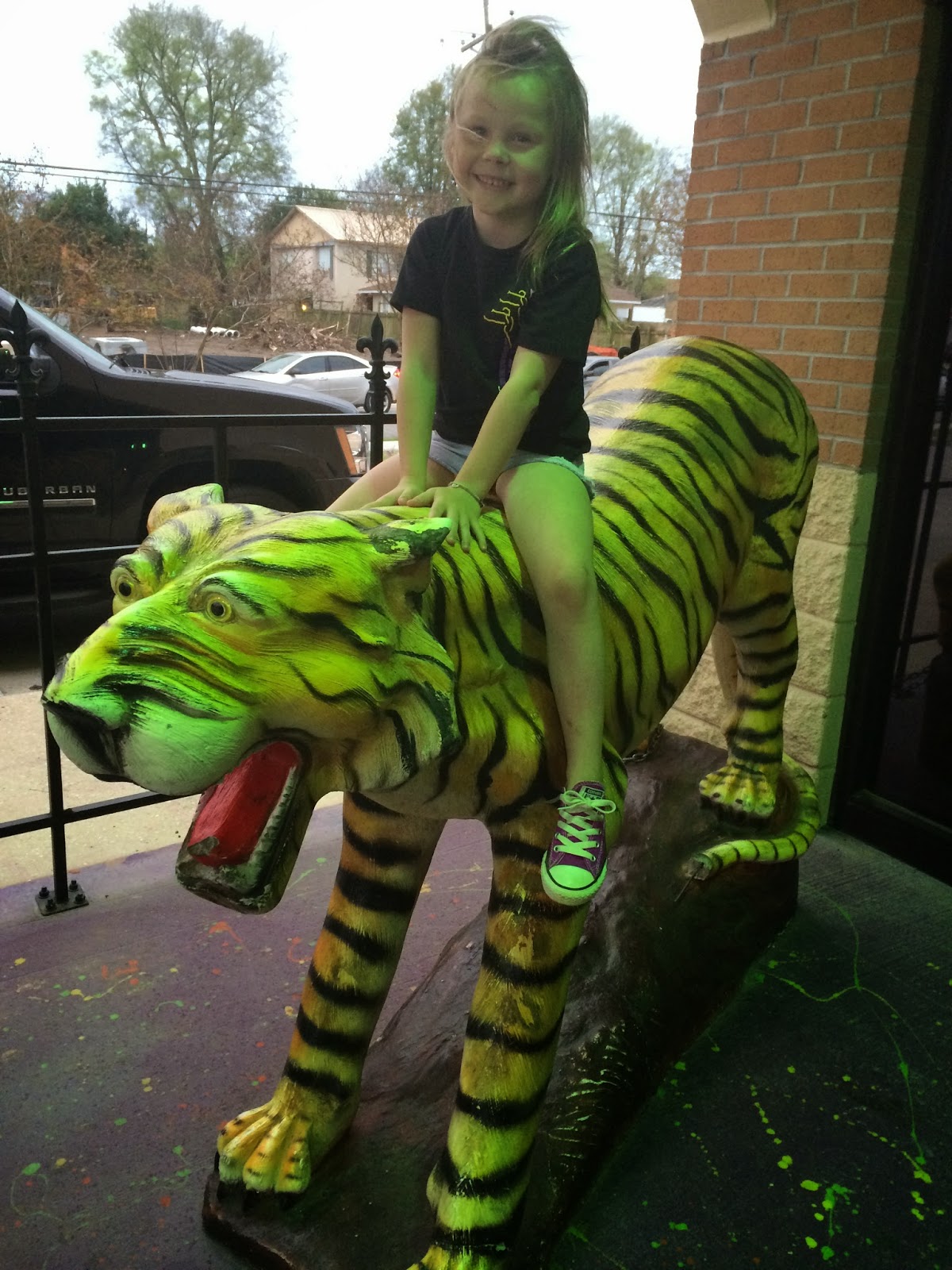 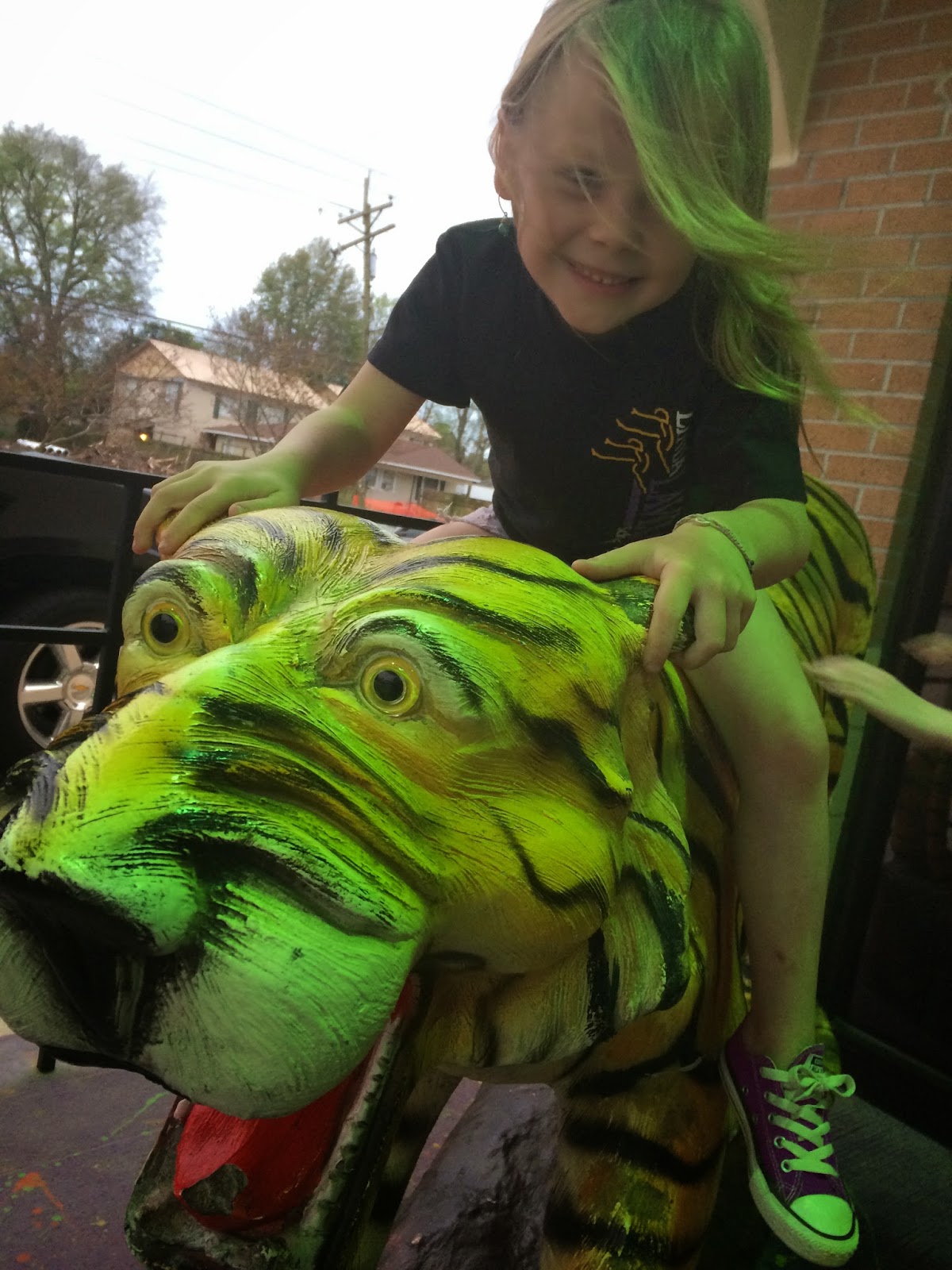 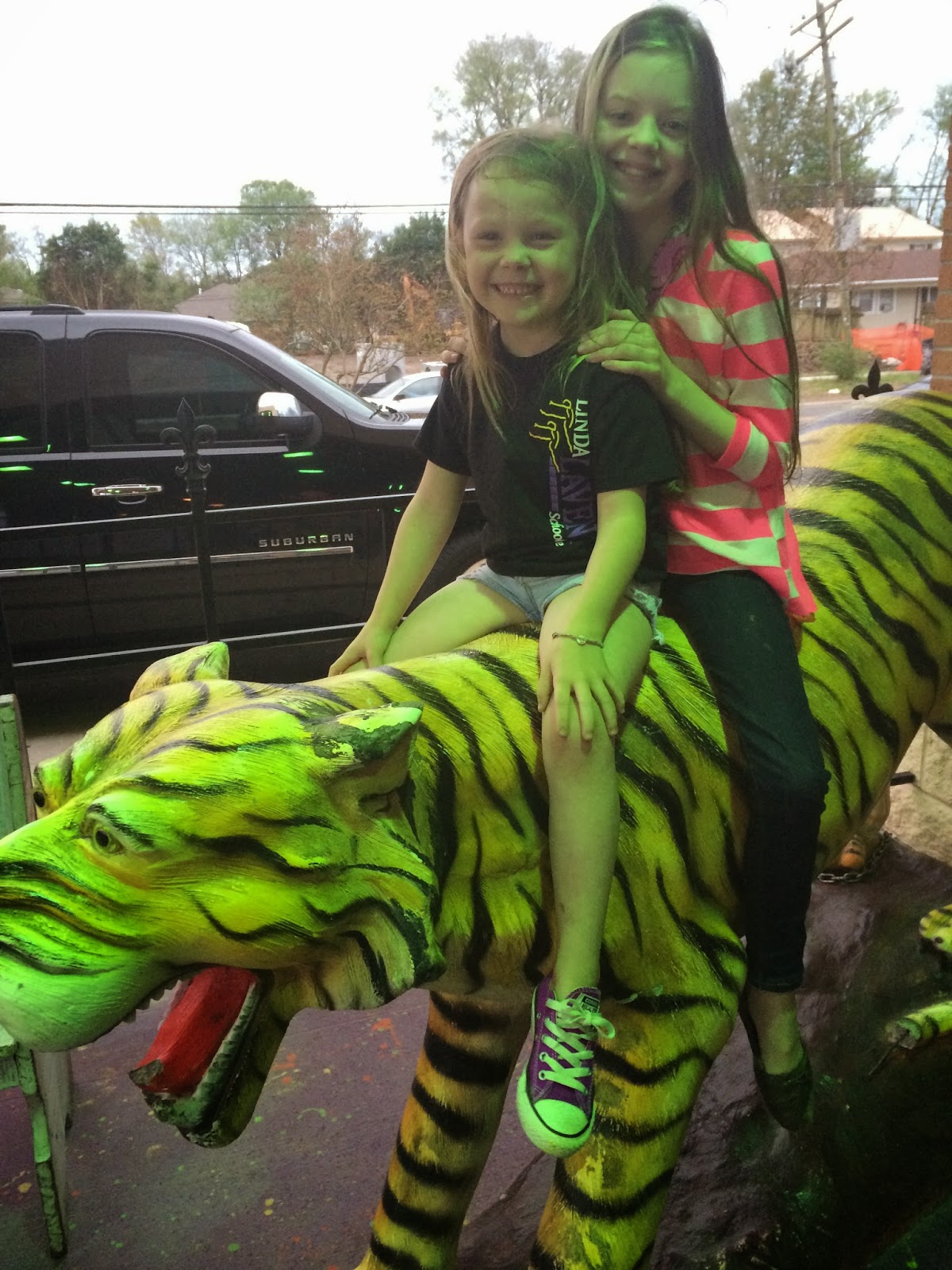 And Gabs and Hazel (Renee's little sister.. one of the many! ha) are the same age, so they naturally gravitate toward one another. 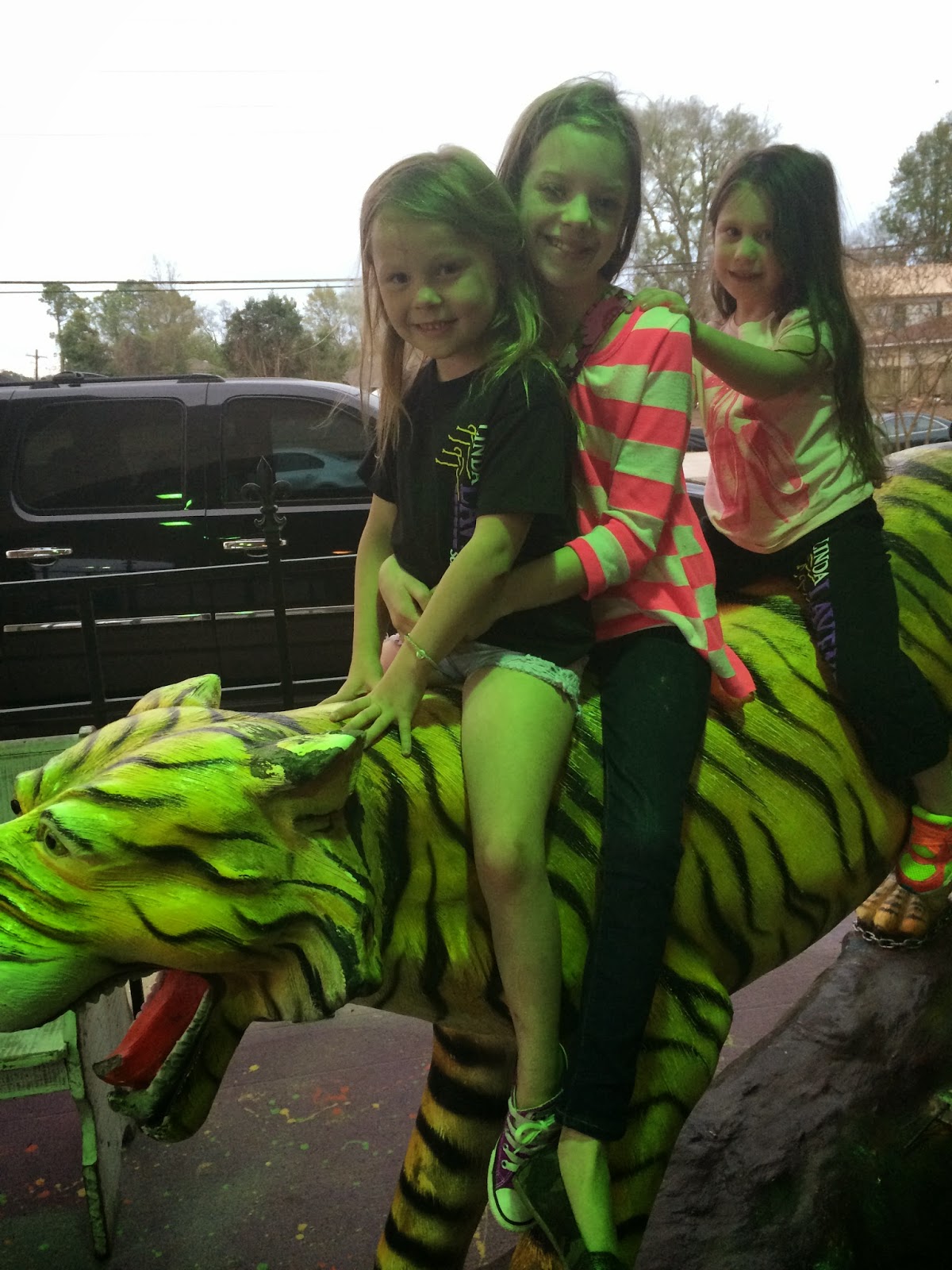 Bre is more than 10 years my junior (let's just keep it "vague" like that!) and has 5 kids.  Each are two years apart.  I believe. 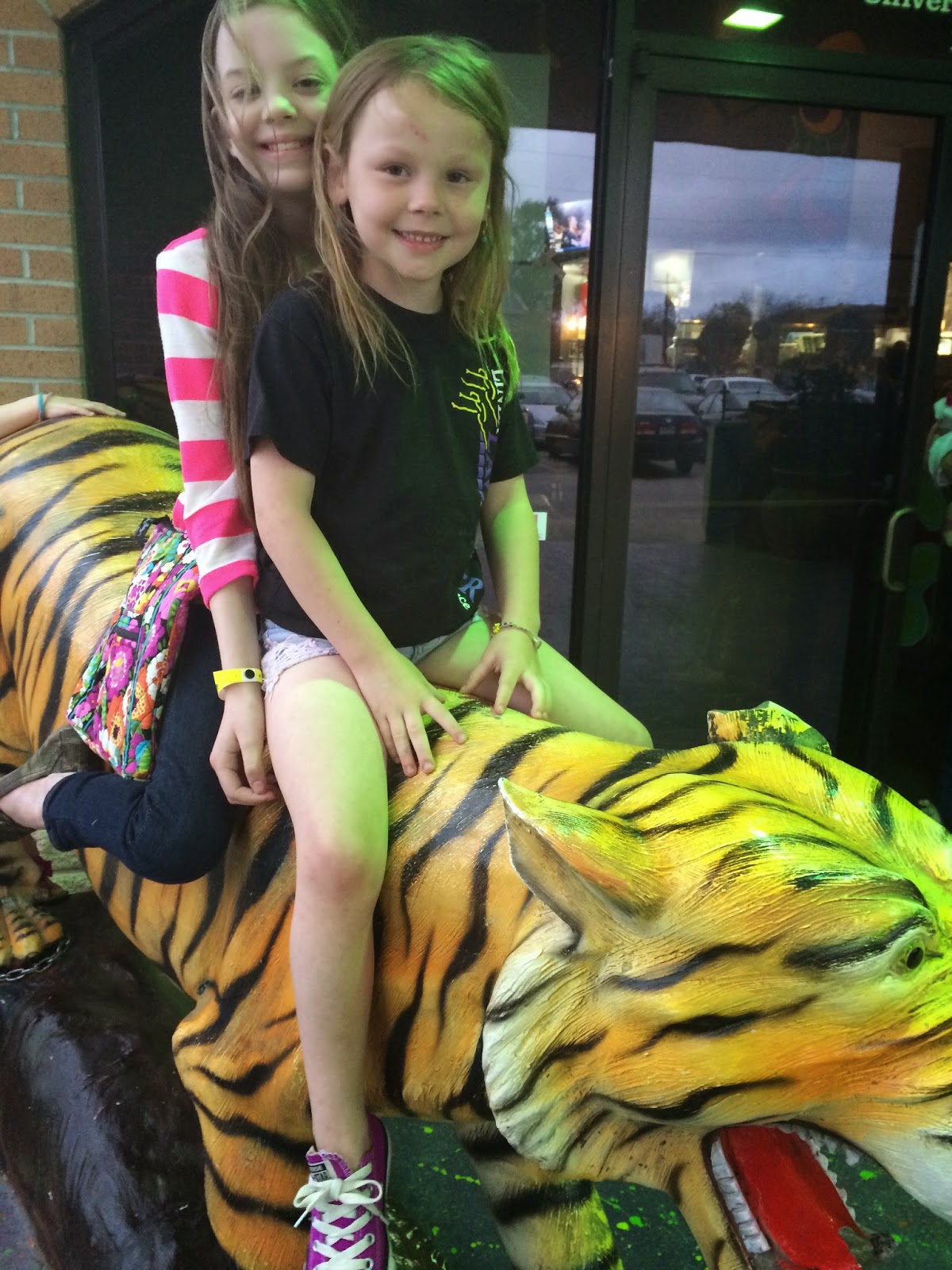 My two are alllllll I need thank you very much. 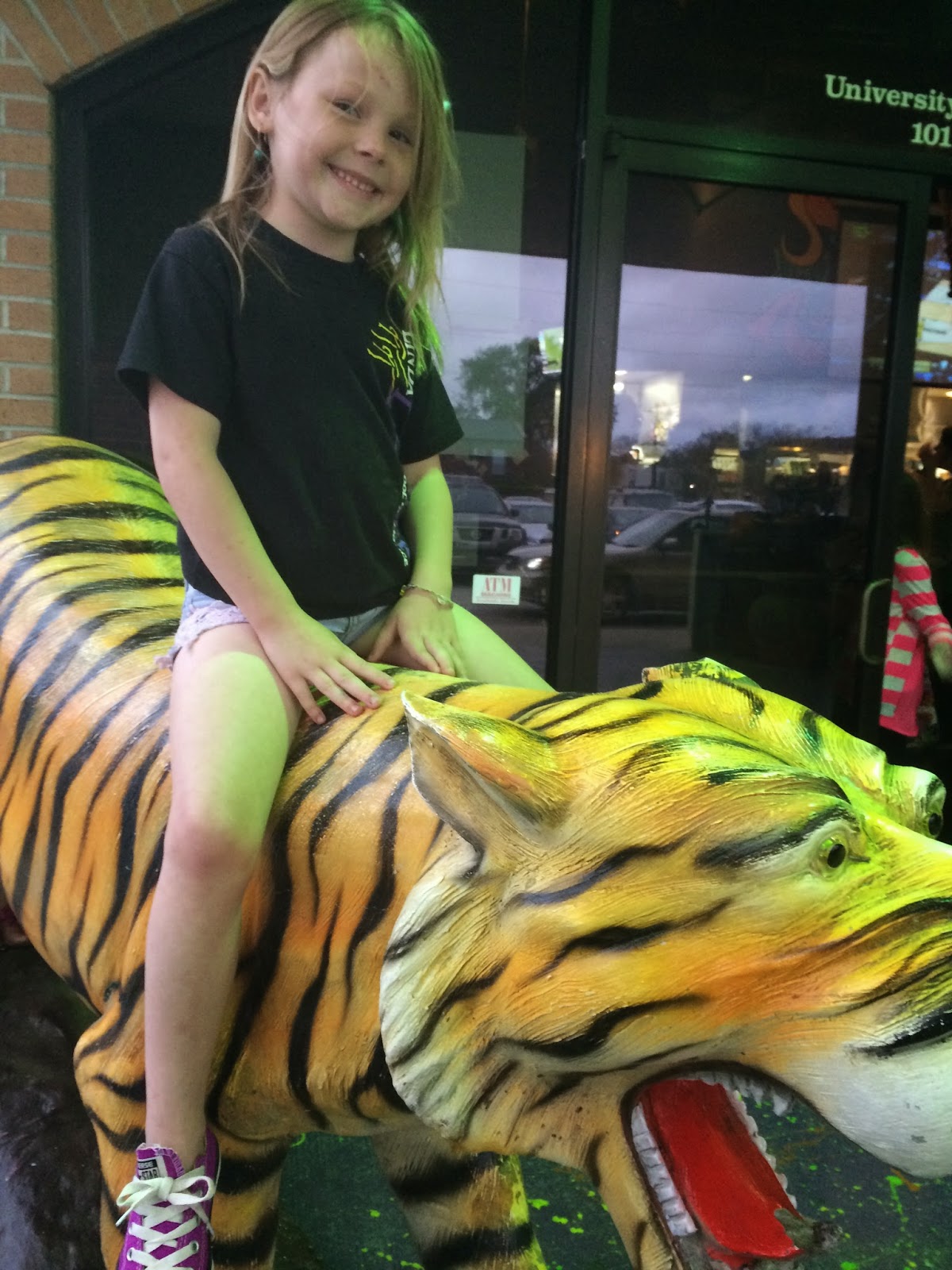 Especially since God thought I needed to raise THIS one!  She's a mess. 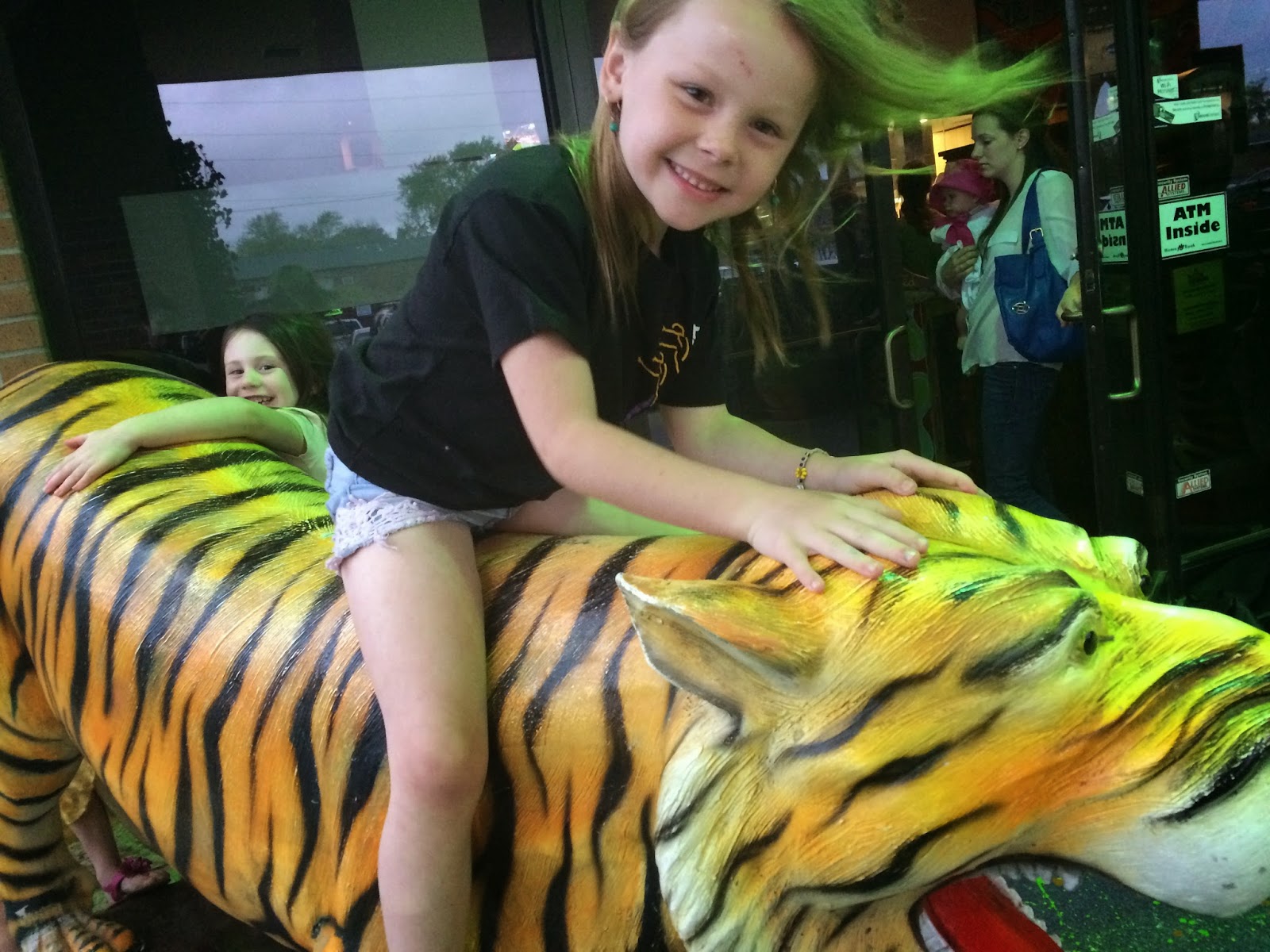 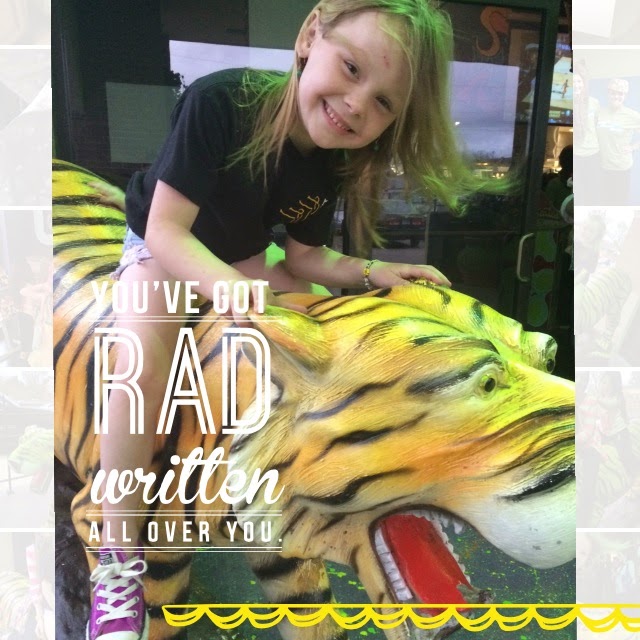 Love all the posts about your girls and their various different personality traits. I love how your pictures tend to capture those differences. I know what you mean about two is all you need. My boys and their personalities keep me on my toes. They are truly God's blessings wrapped up in a combination of energy, huge personalities, and 'busyness' that is like no other. Wouldn't trade the journey for anything though.

I see, I see - not too many comments lately. Here I am. A LOYAL creeper/stalker. Thanks for keeping up with the blog. I know how sometimes it'a a pain in the butt - I used to have one. LOVE everyday checking out your 'EXPLORE'. So, thanks!

GIRL! We have a Mellow Mushroom here and it DEFINITELY helps with the Johnny's Pizza withdrawals!