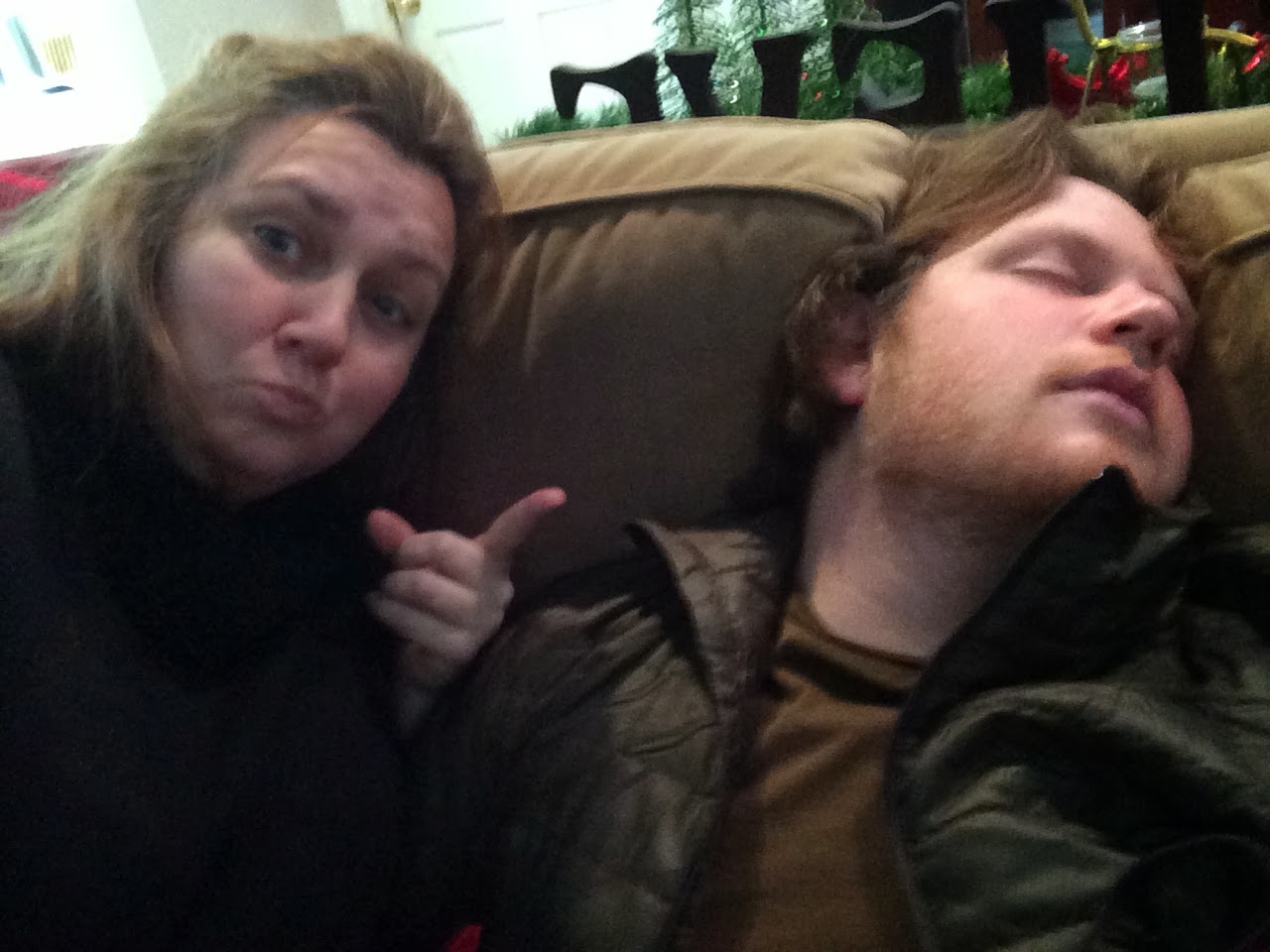 Yep... we gotta flash back a minute, peeps, to Christmas again.  You KNOW that I can't stop the pics until they've all been shared.  And that's just that!  So, let me take a moment to humiliate my first nephew, Hunter.  Apparently the poor boy was sleepy! 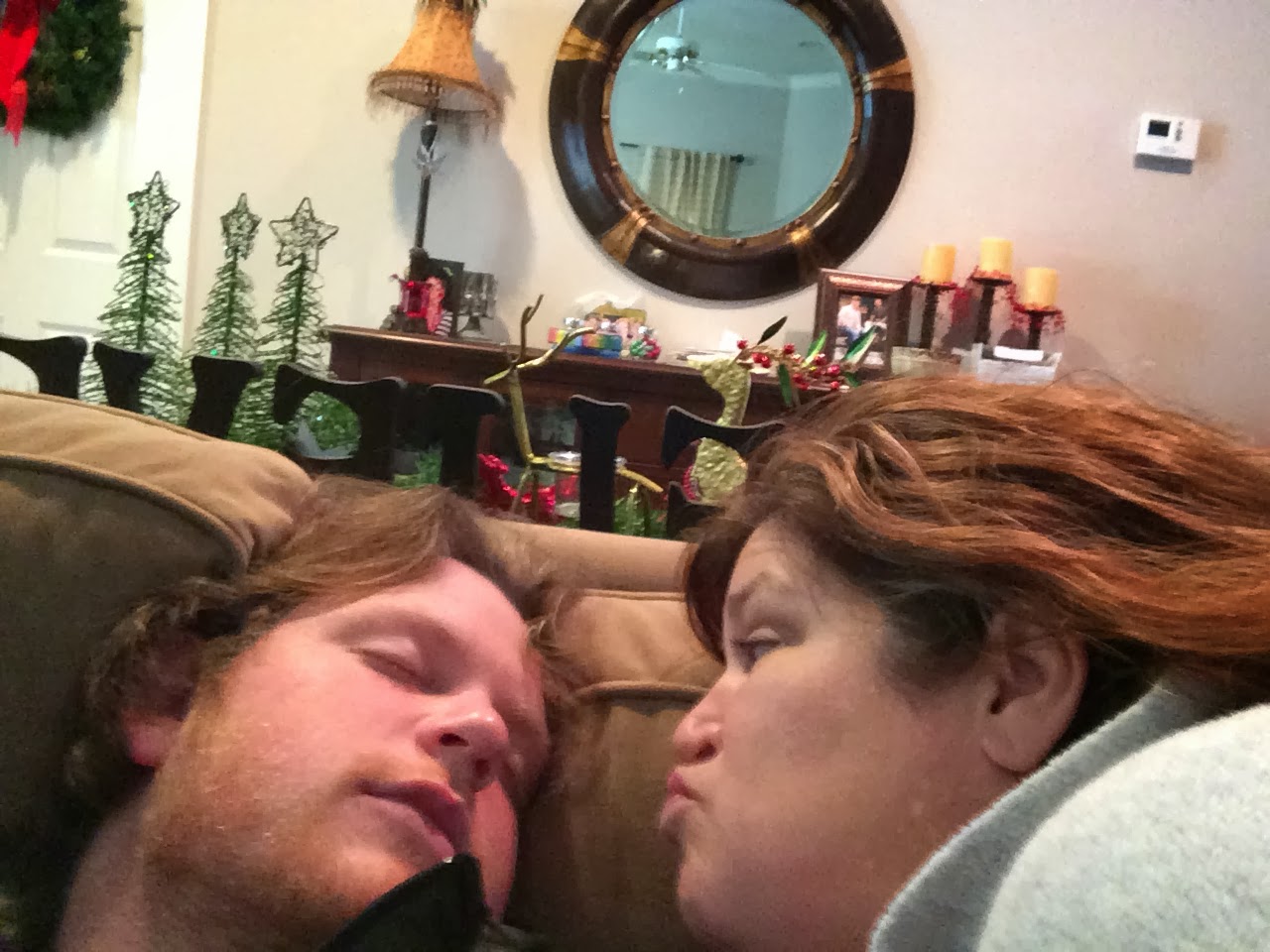 Of course, only my taking a photo with him wasn't enough to really commemorate the moment, so I called everyone else over, one by one! 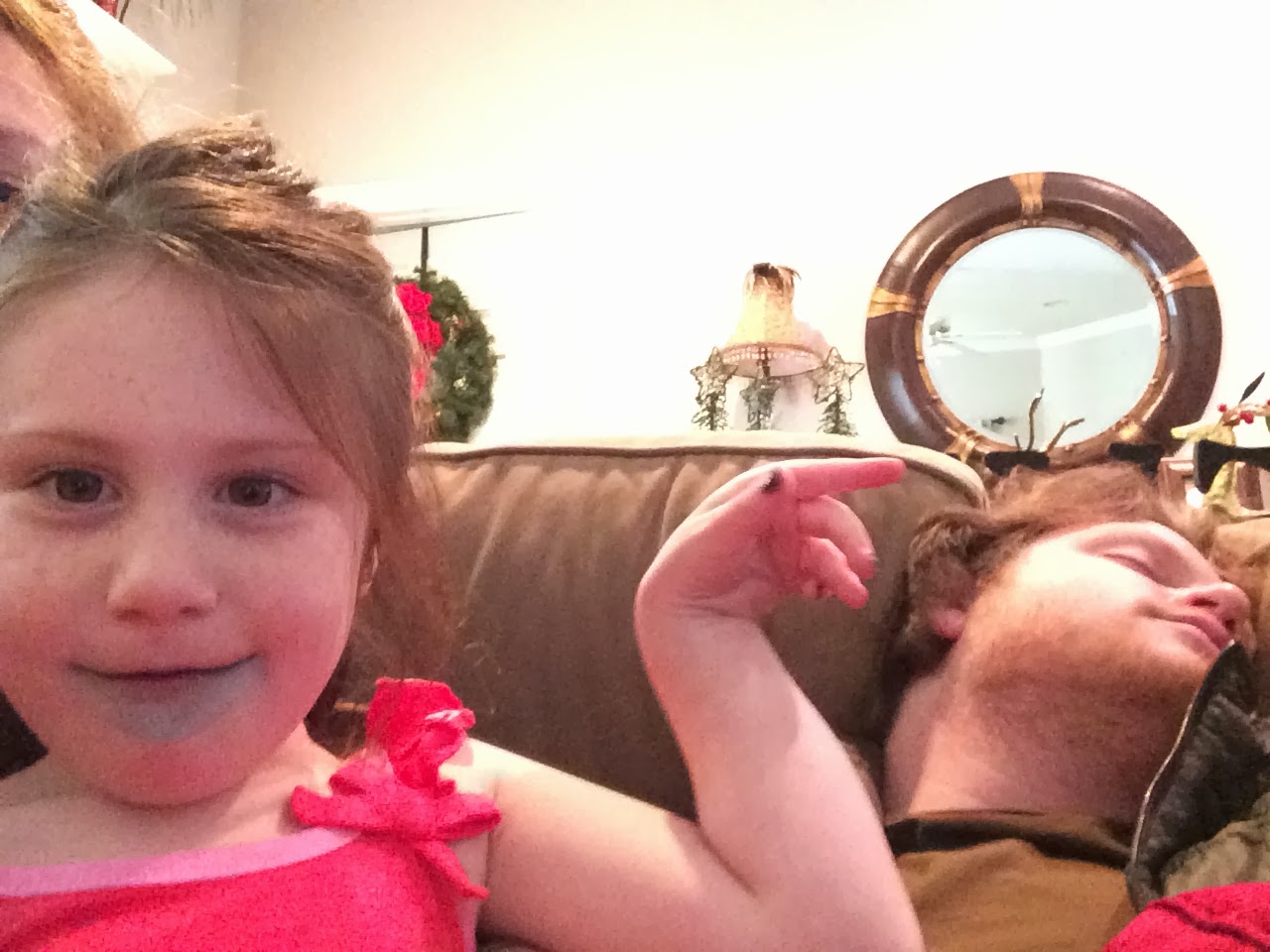 I rallied the littles to come over and take a little pic with Hunter too!! 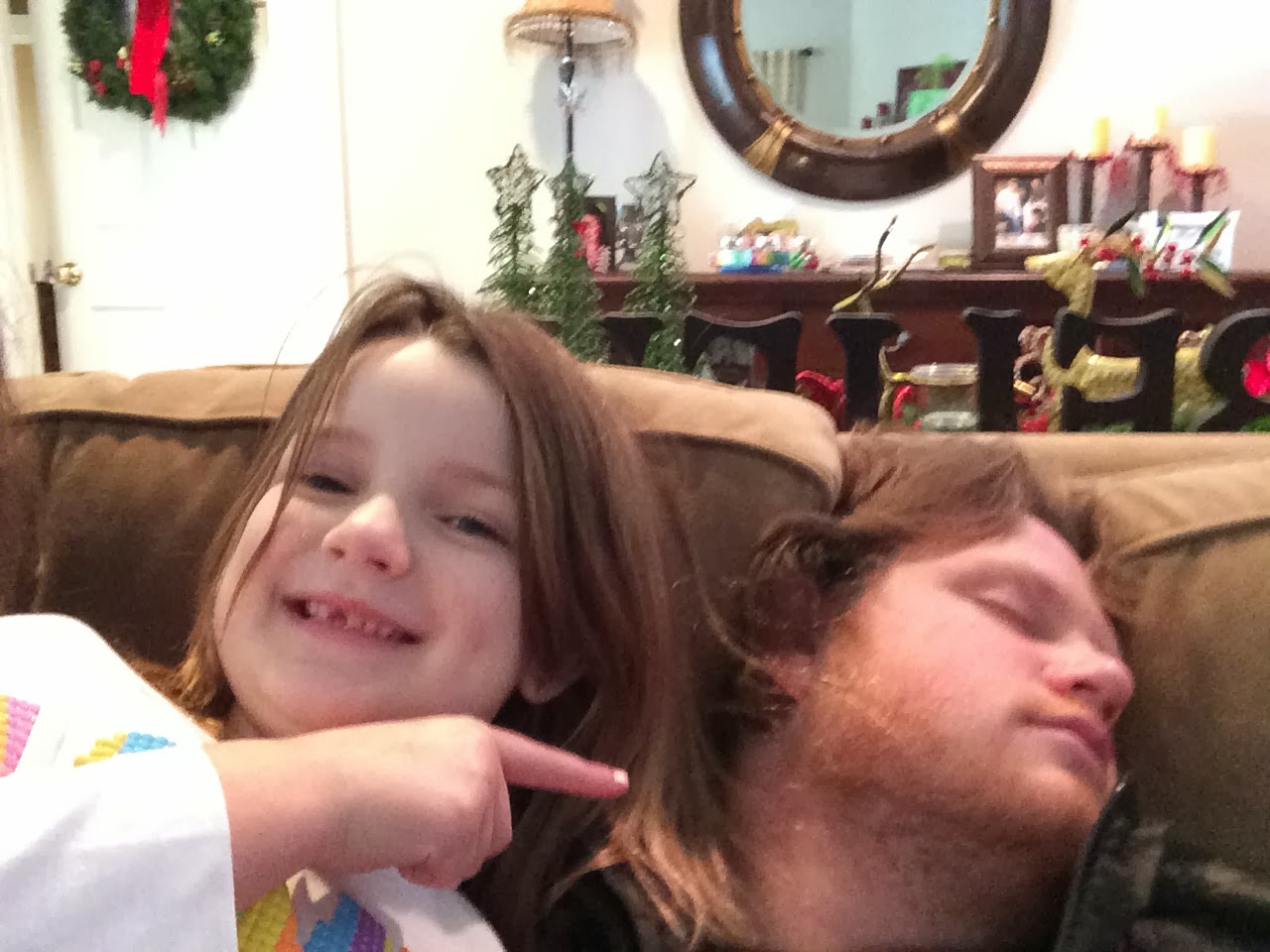 Once again, mom said, It's gonna be a light CHristmas this year, girls".  She kills me!! 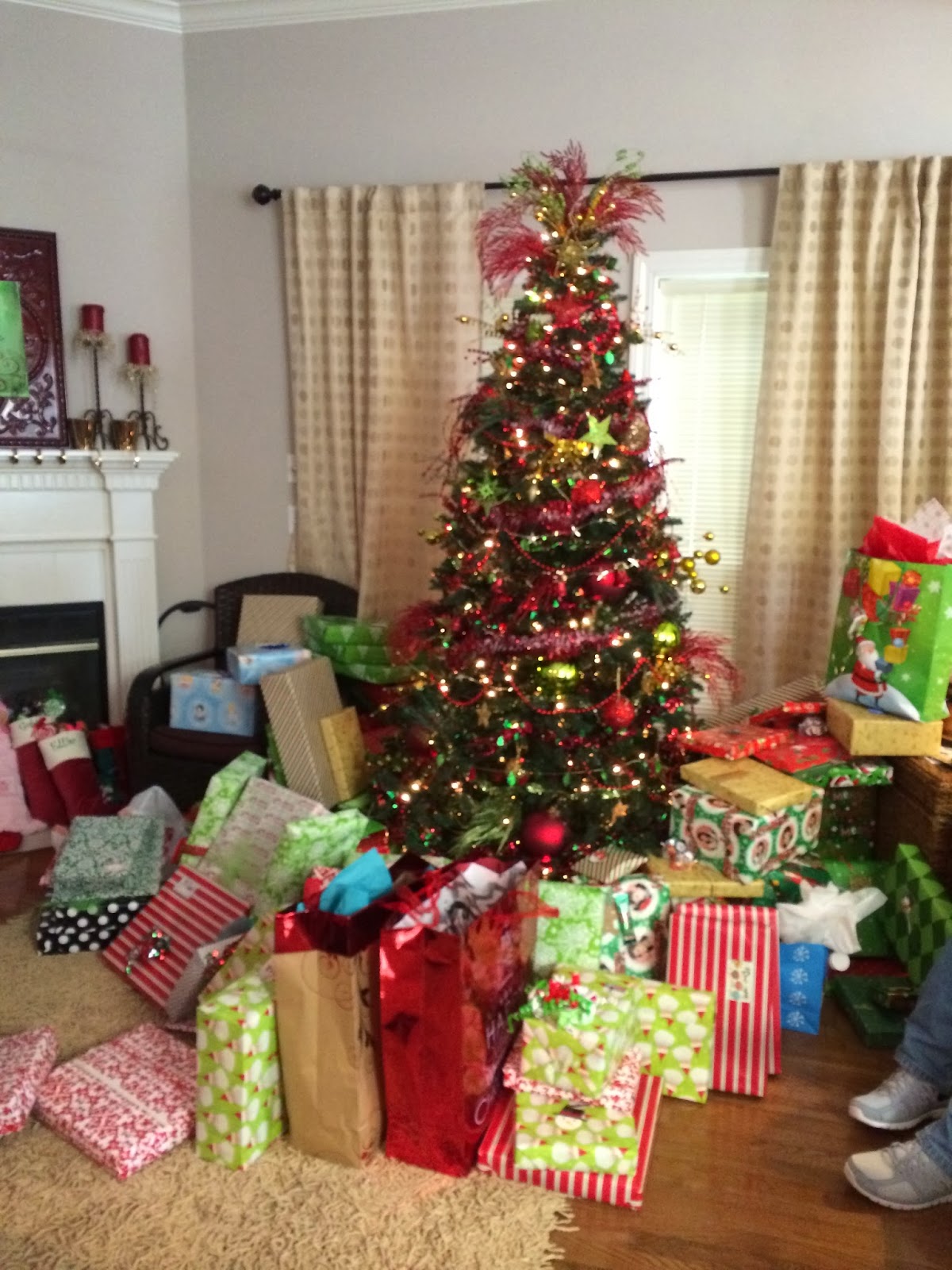 And in her heart of hearts, she really meant that.  Bless her heart.  She doesn't even know what "light" means.  She lives in excess when it comes to giving.  That's awesome though... a spirit of abundance.  A heart that wants to give.  And maybe that's where I get my more is more mentality. 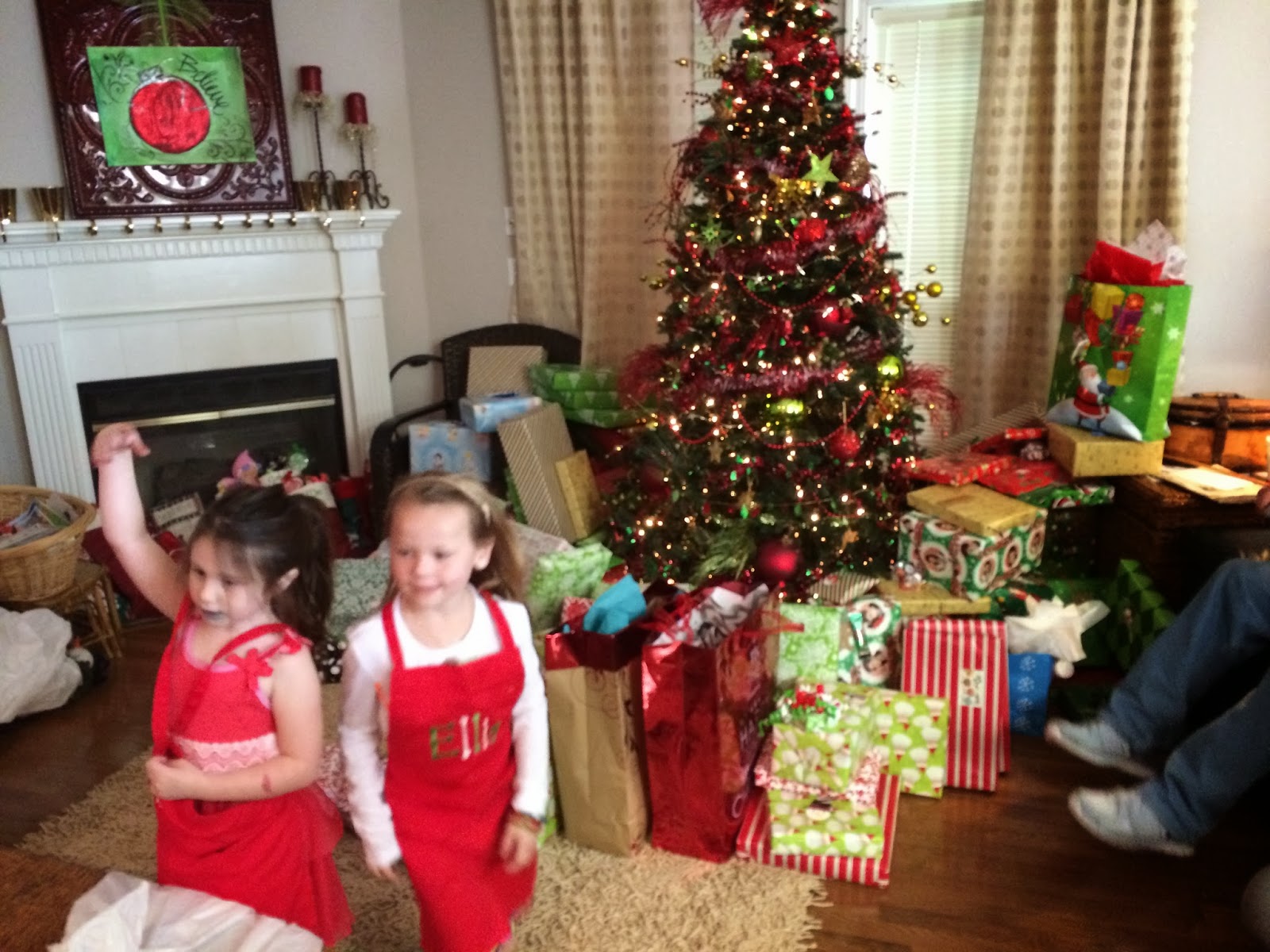 And of course, she feels that NO helper elves could possible do a good job without monogrammed aprons. 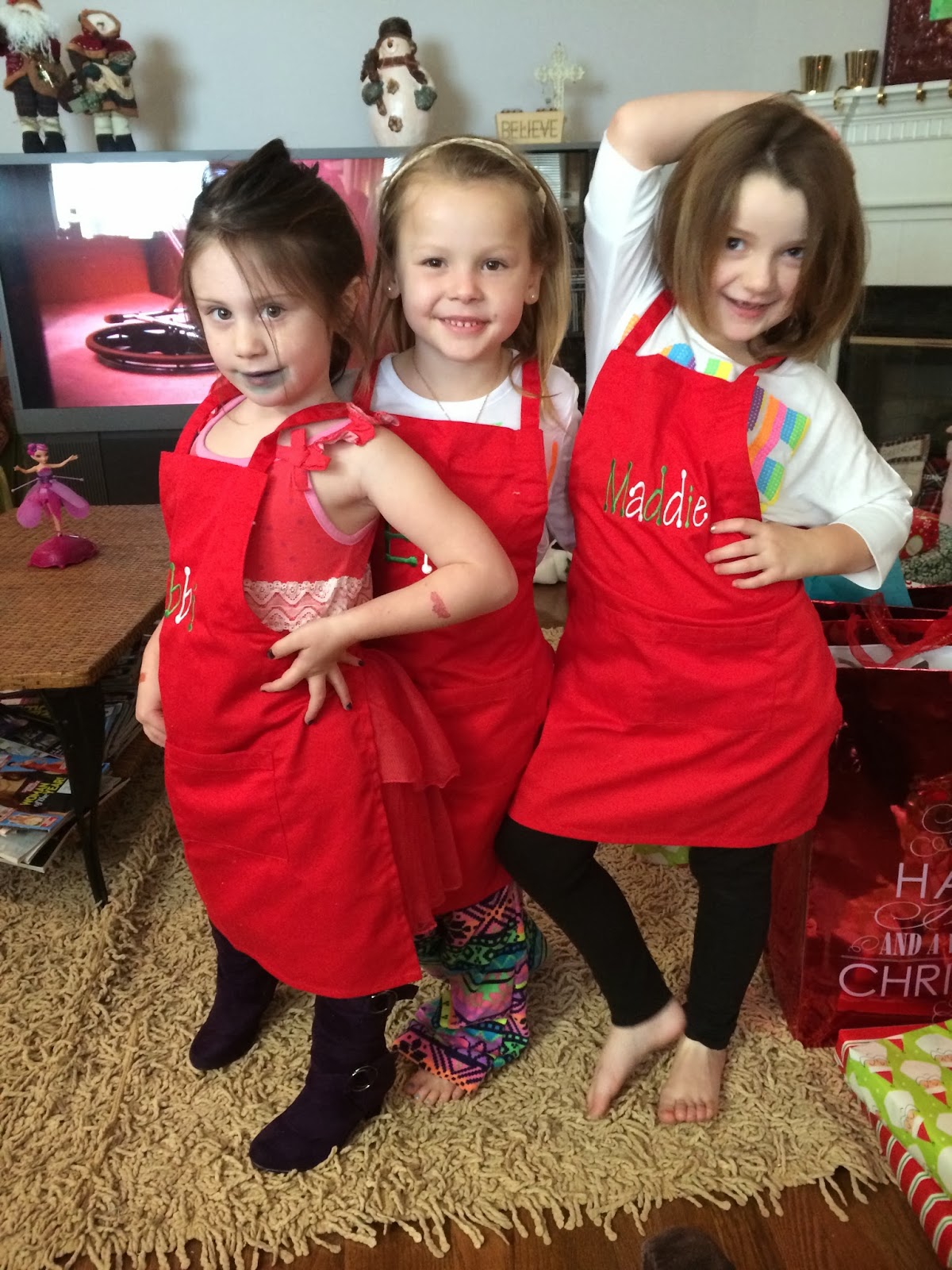 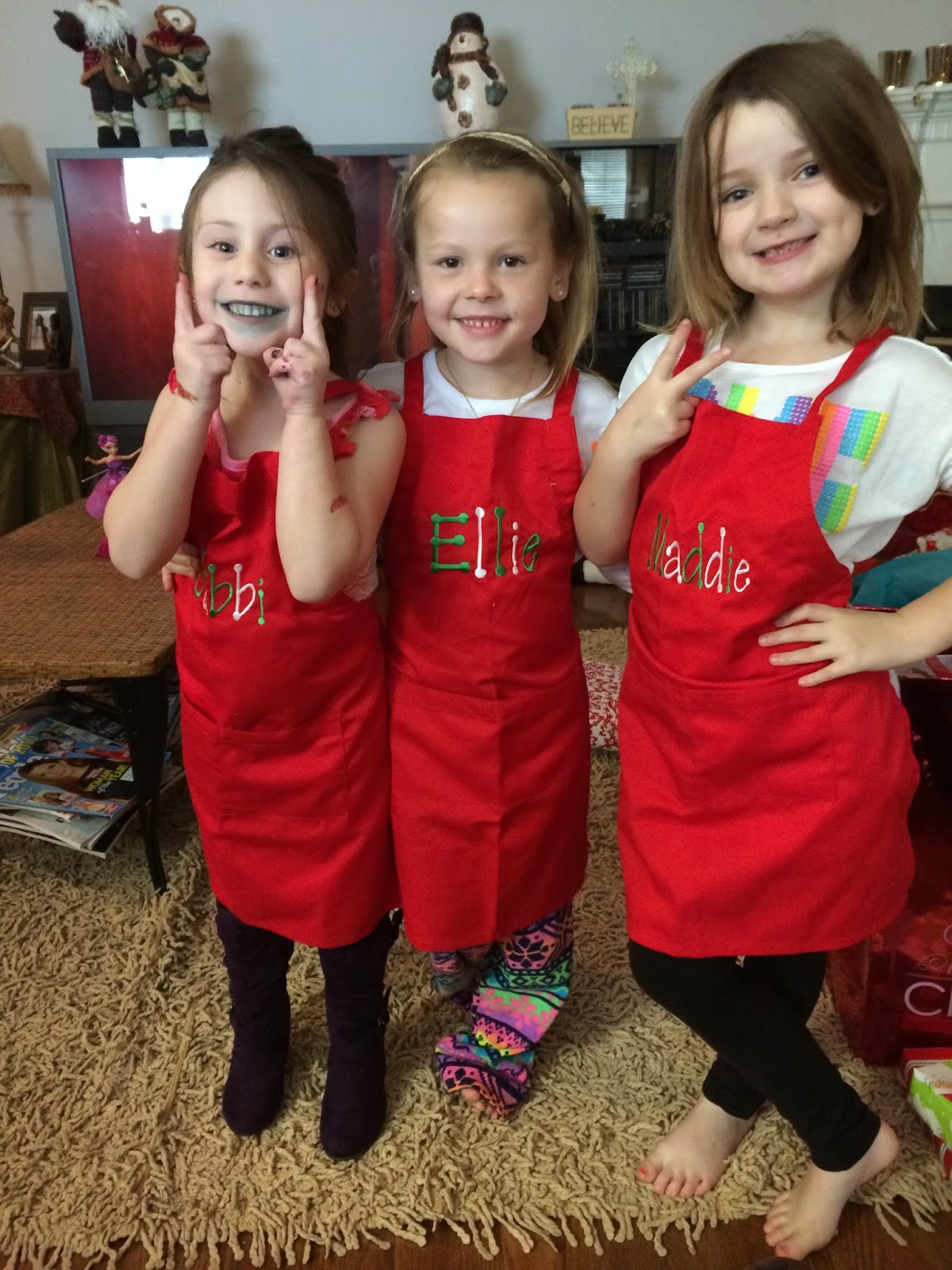 and they were really FEELIN' them! 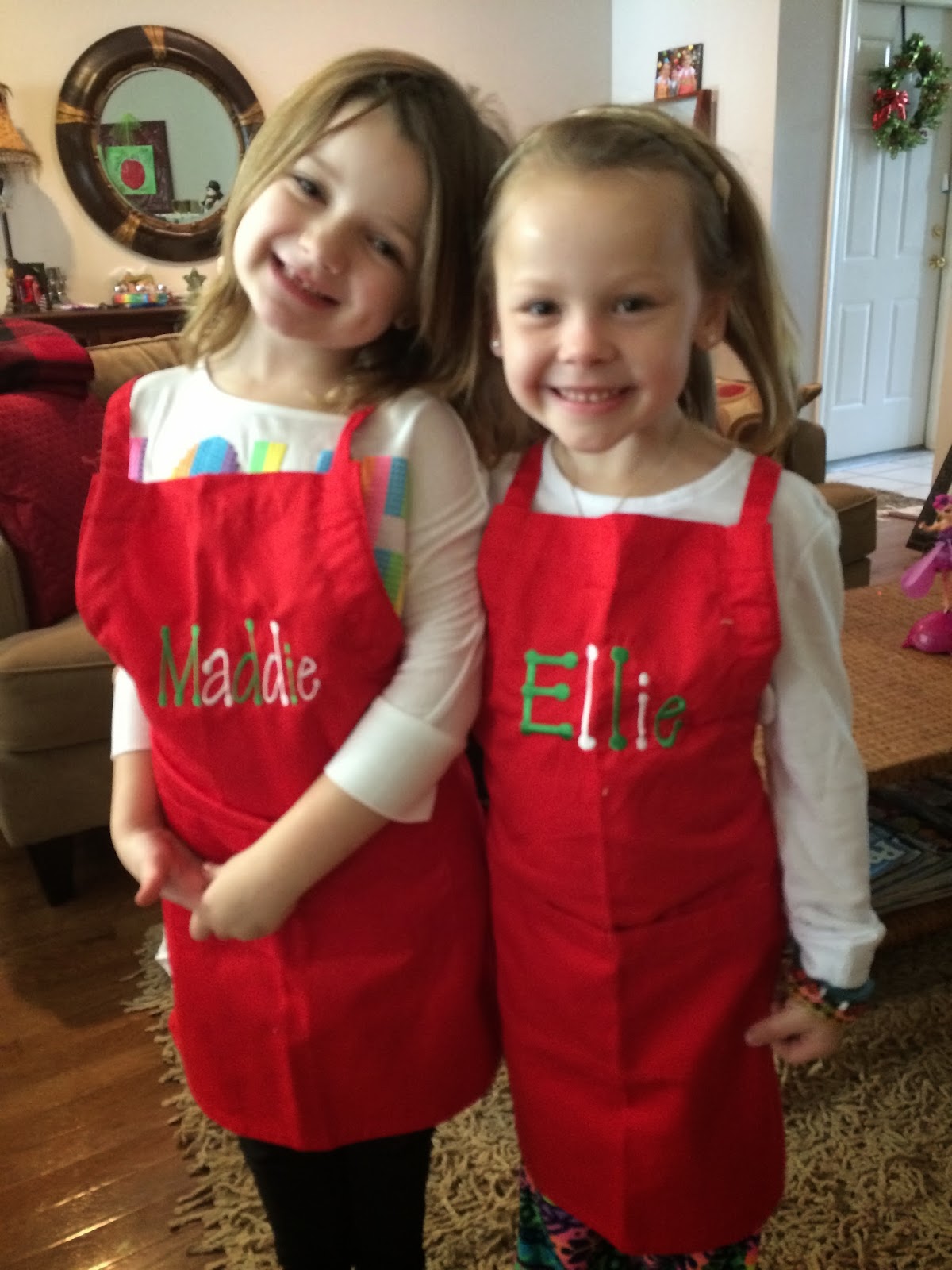 In case we didn't get plenty of gifts under the tree, she went into overdrive with the stockings. 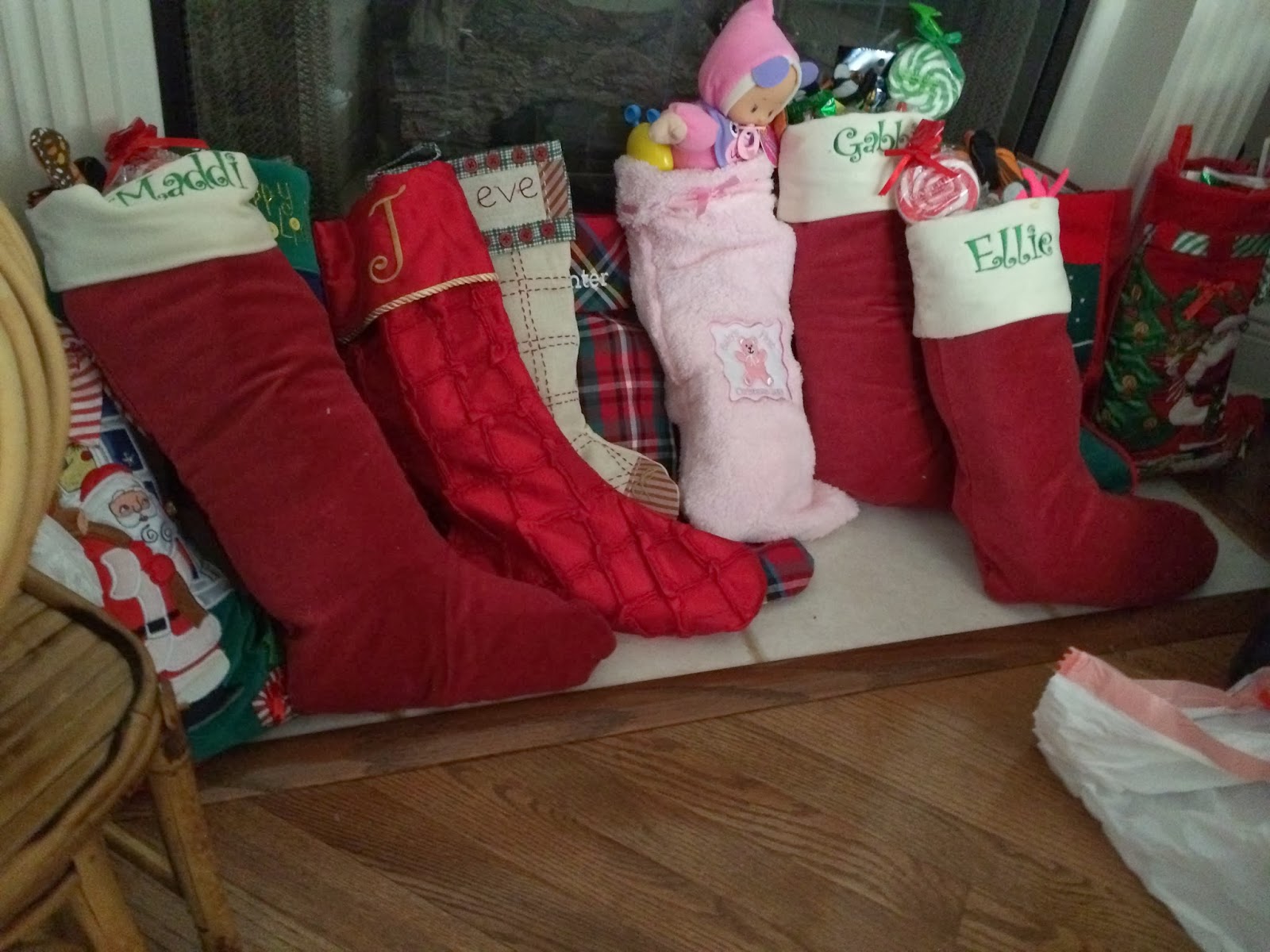 ANd then the craziness began!! 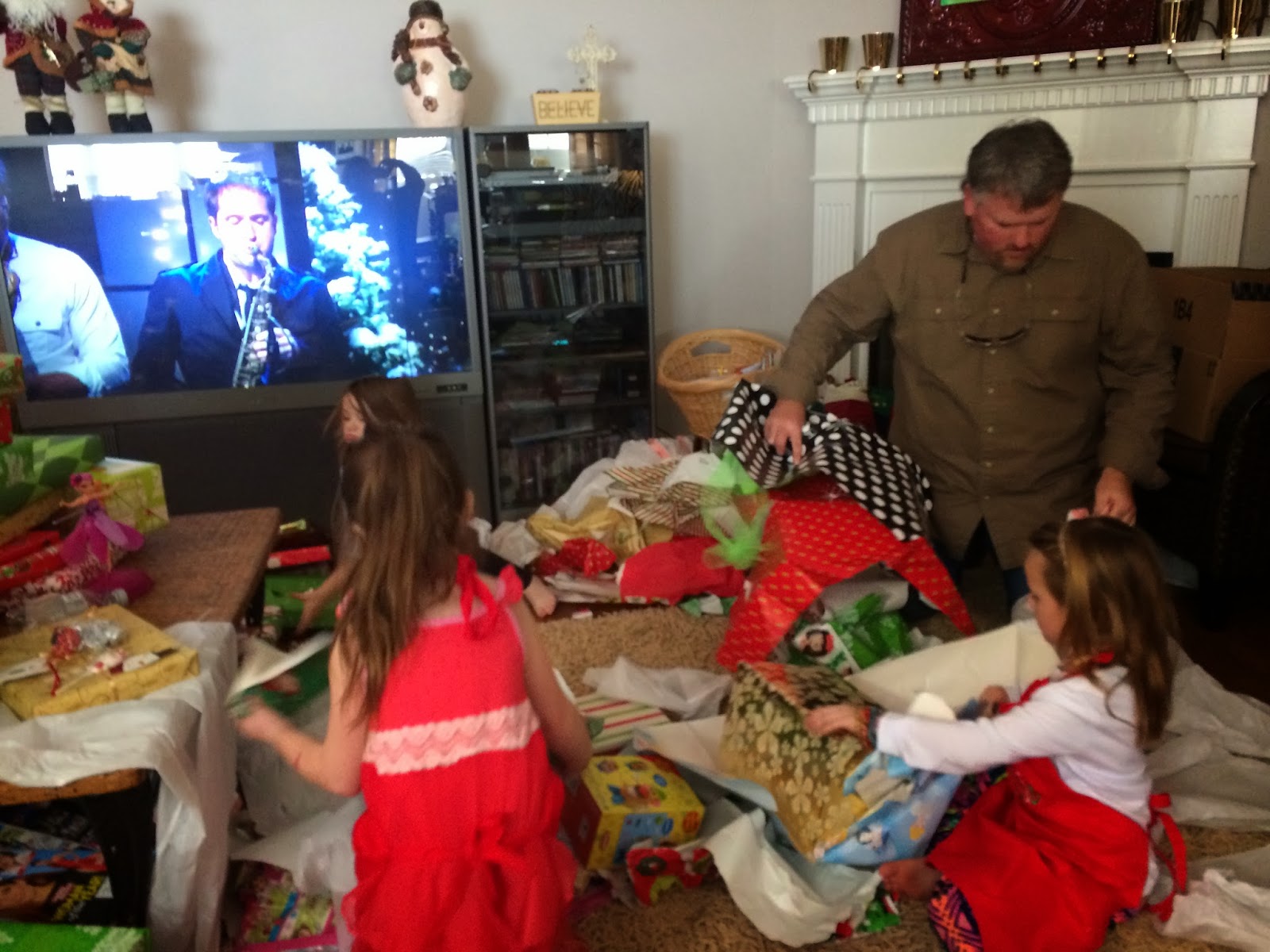 For those of you who have been watching my blog for years, might be as shocked as I am when I see these two young men who were only 8 and 10 when they were first "introduced" to the blog world though Caringbridge, the year their little brother, Jake, was diagnosed with cancer.  And now.... grown! 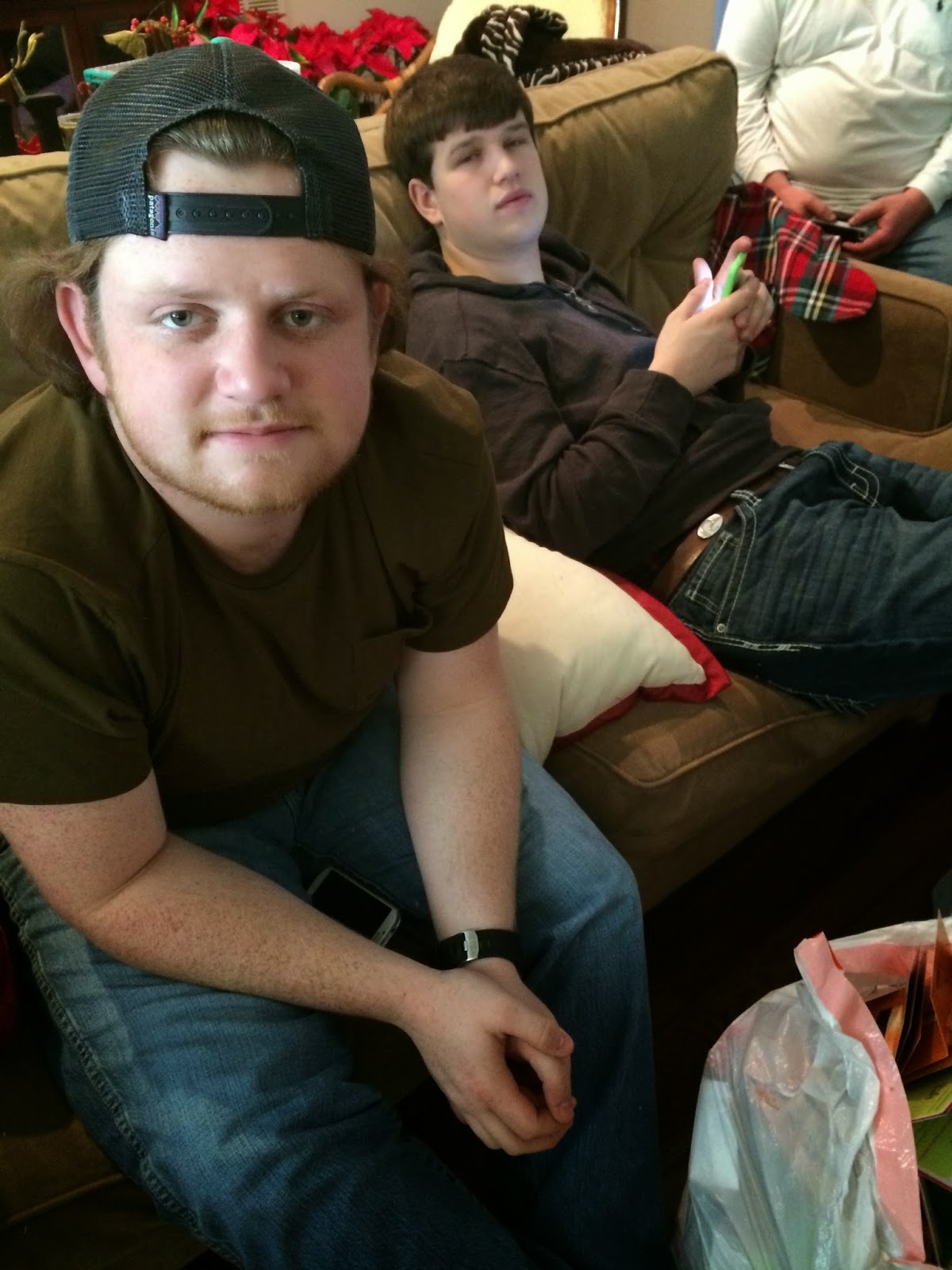 and I'll tell you I love them just as much today as I did then.  They just don't really love ON me as much as they did then!  Boo hoo.  When I get the chance to snap a pic with them, I take it!! 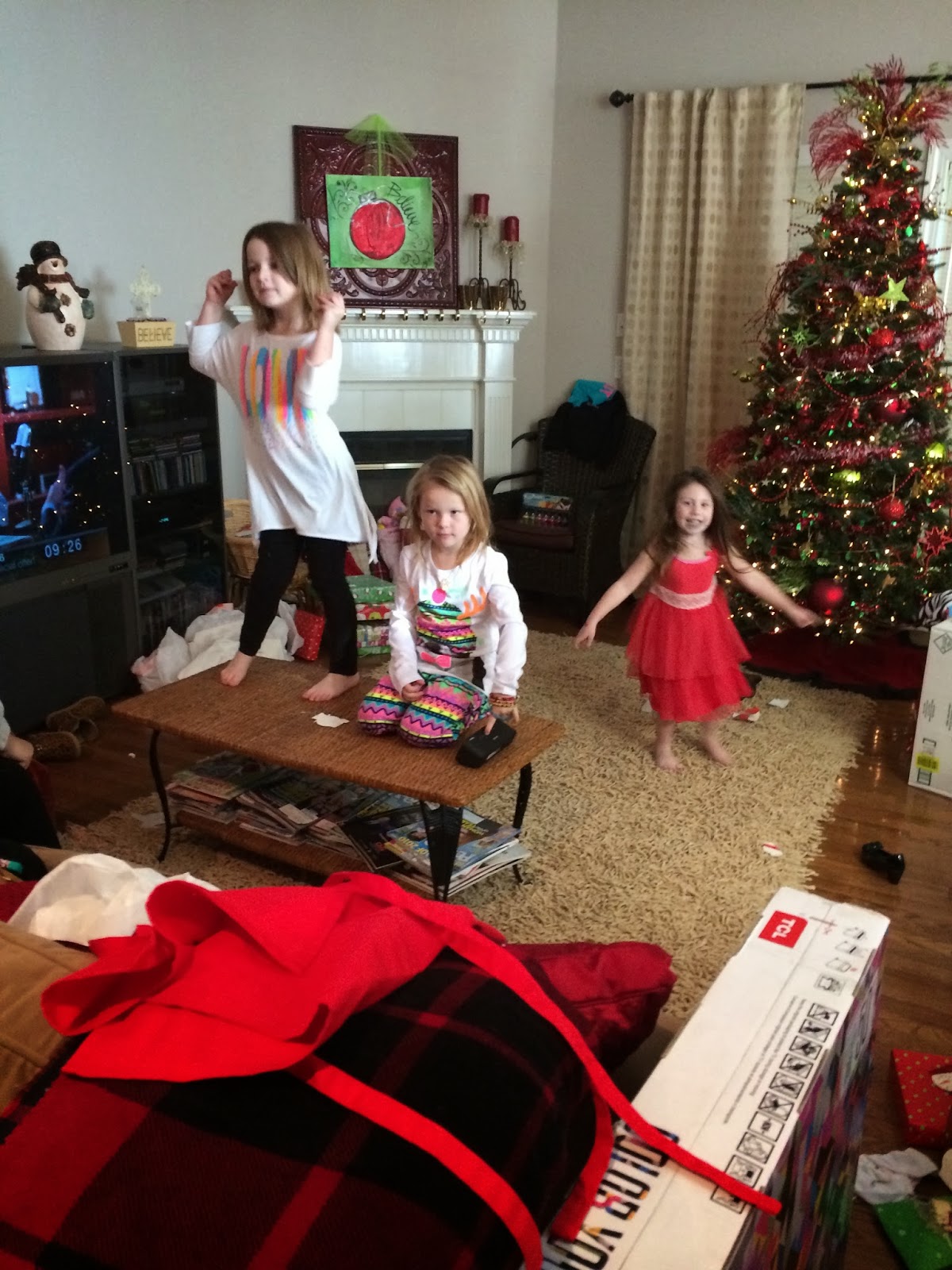 and the present ravaging continued.    JinJin must have been feeling the love too. 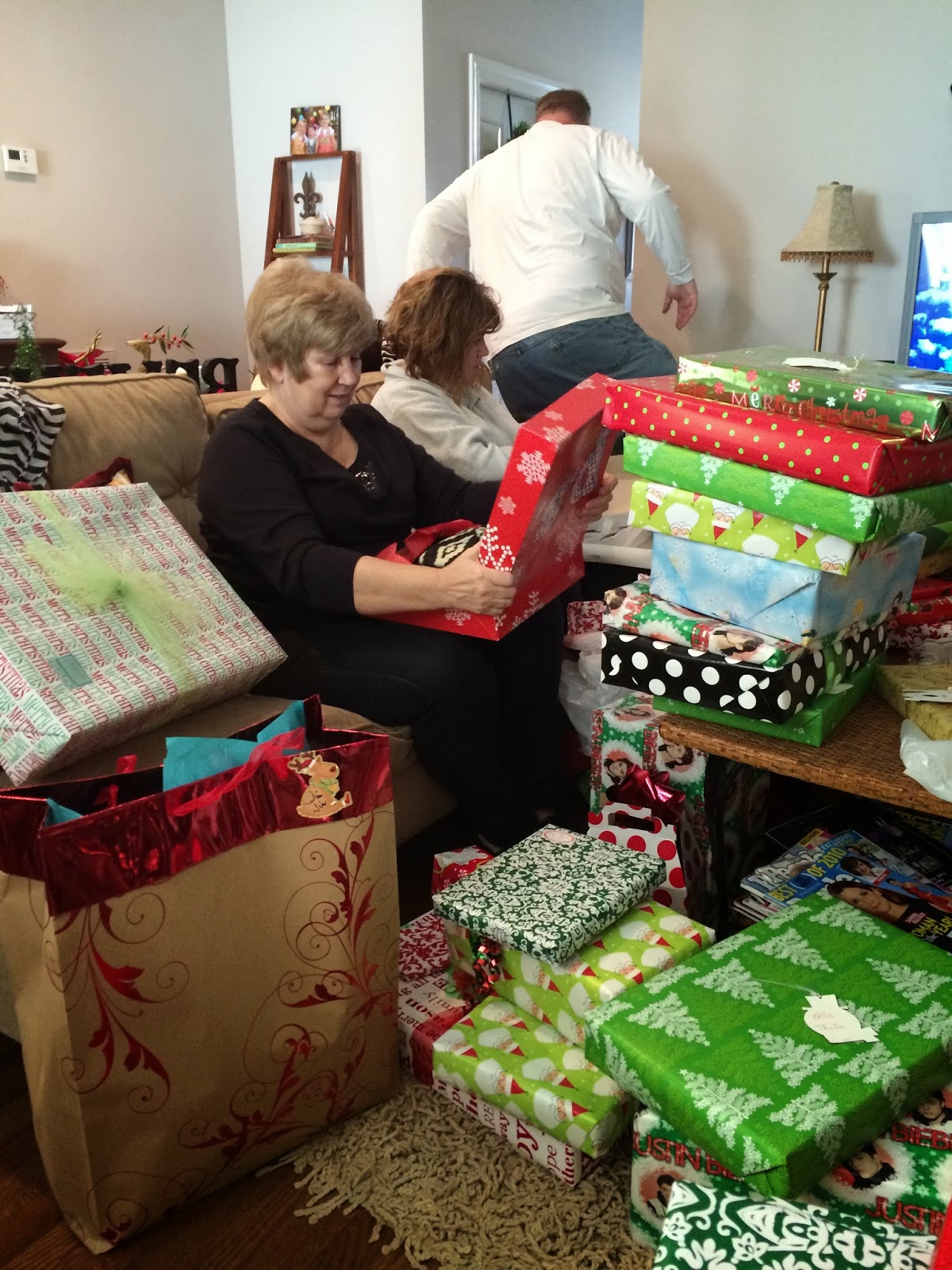 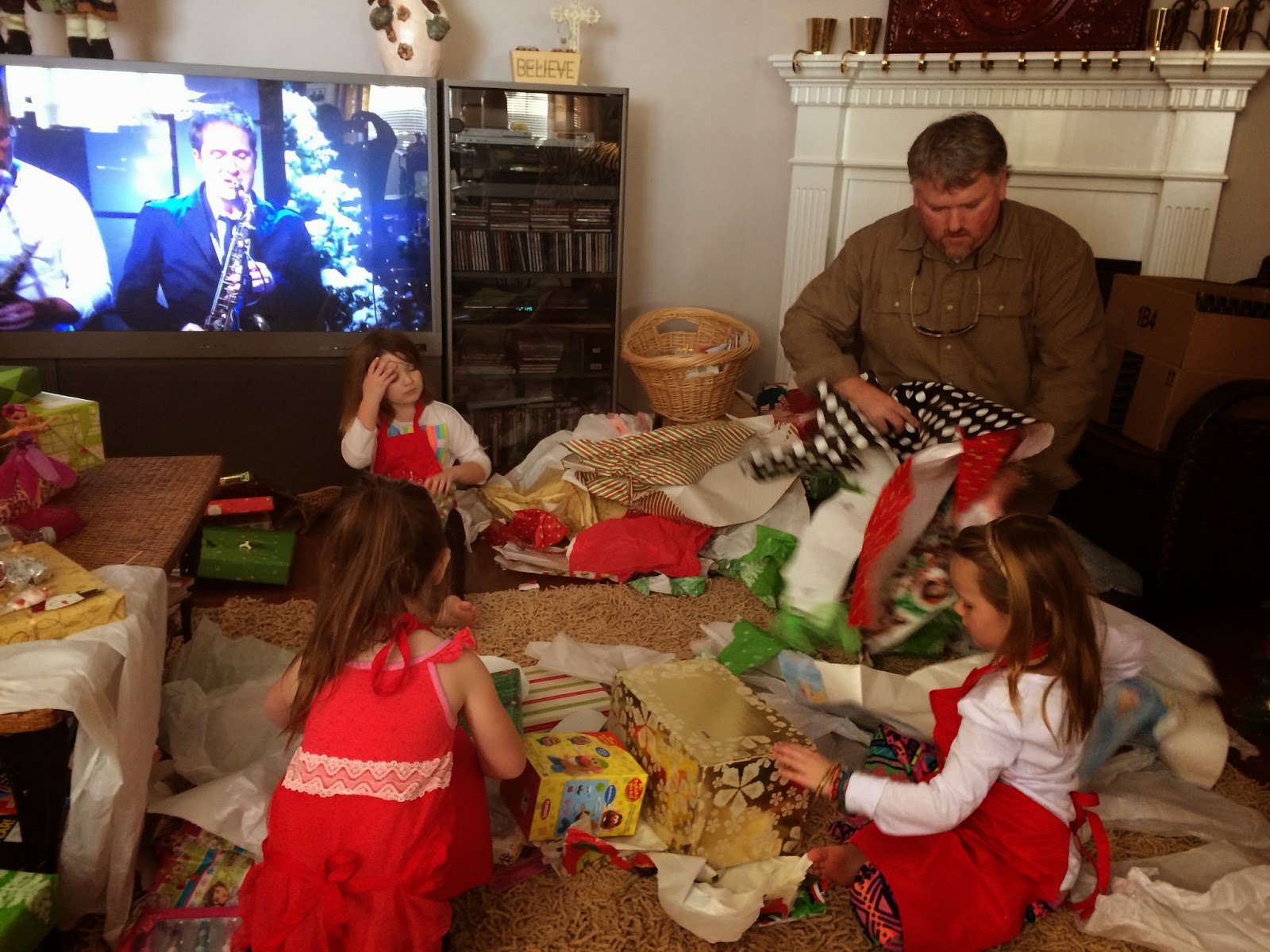 We have a new member of the family now... Miss Sydney, Hayden's baby girl. 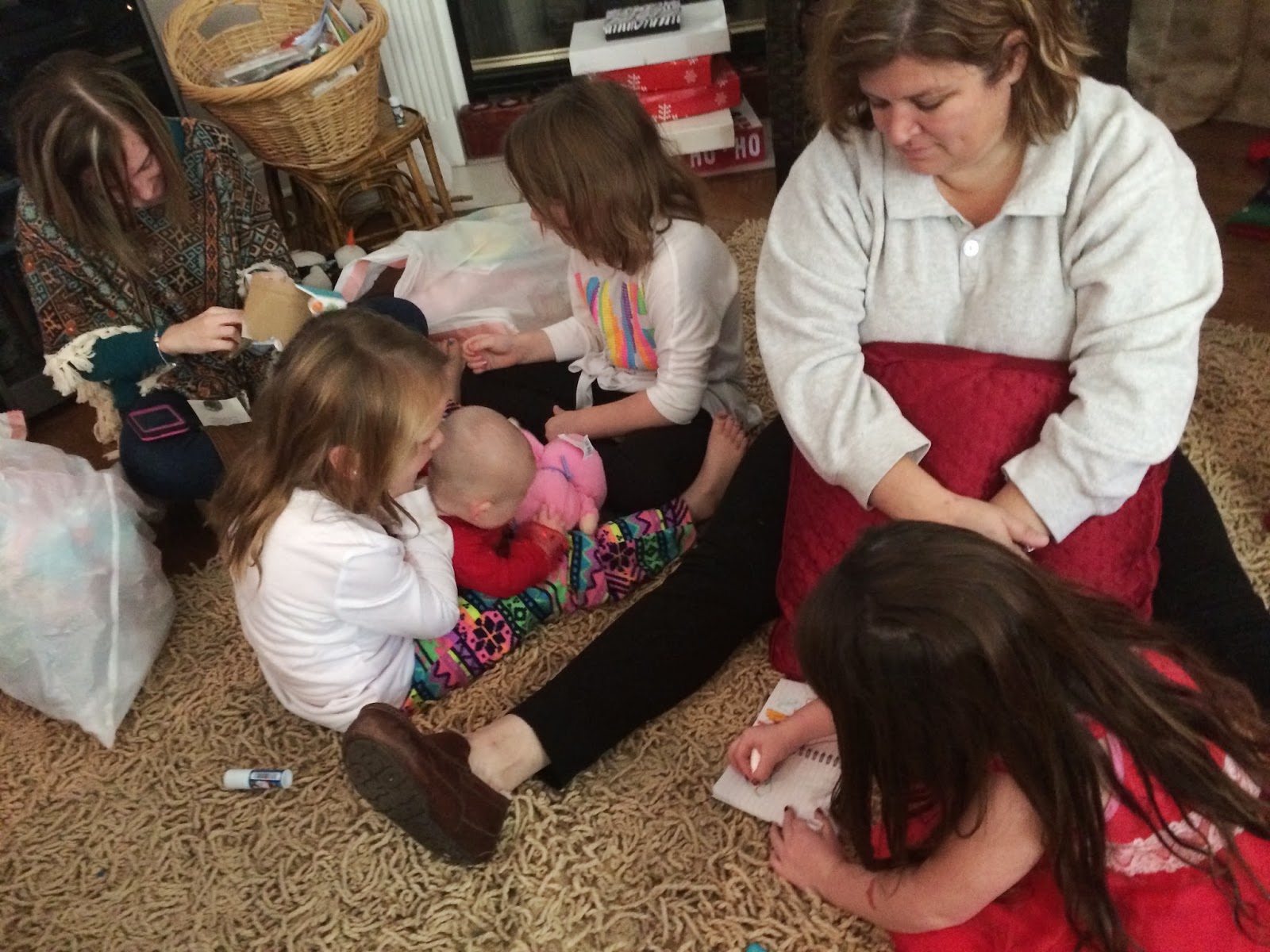 And I can tell you that there are three little girls in the world who are VERY happy to have her join the fam!! 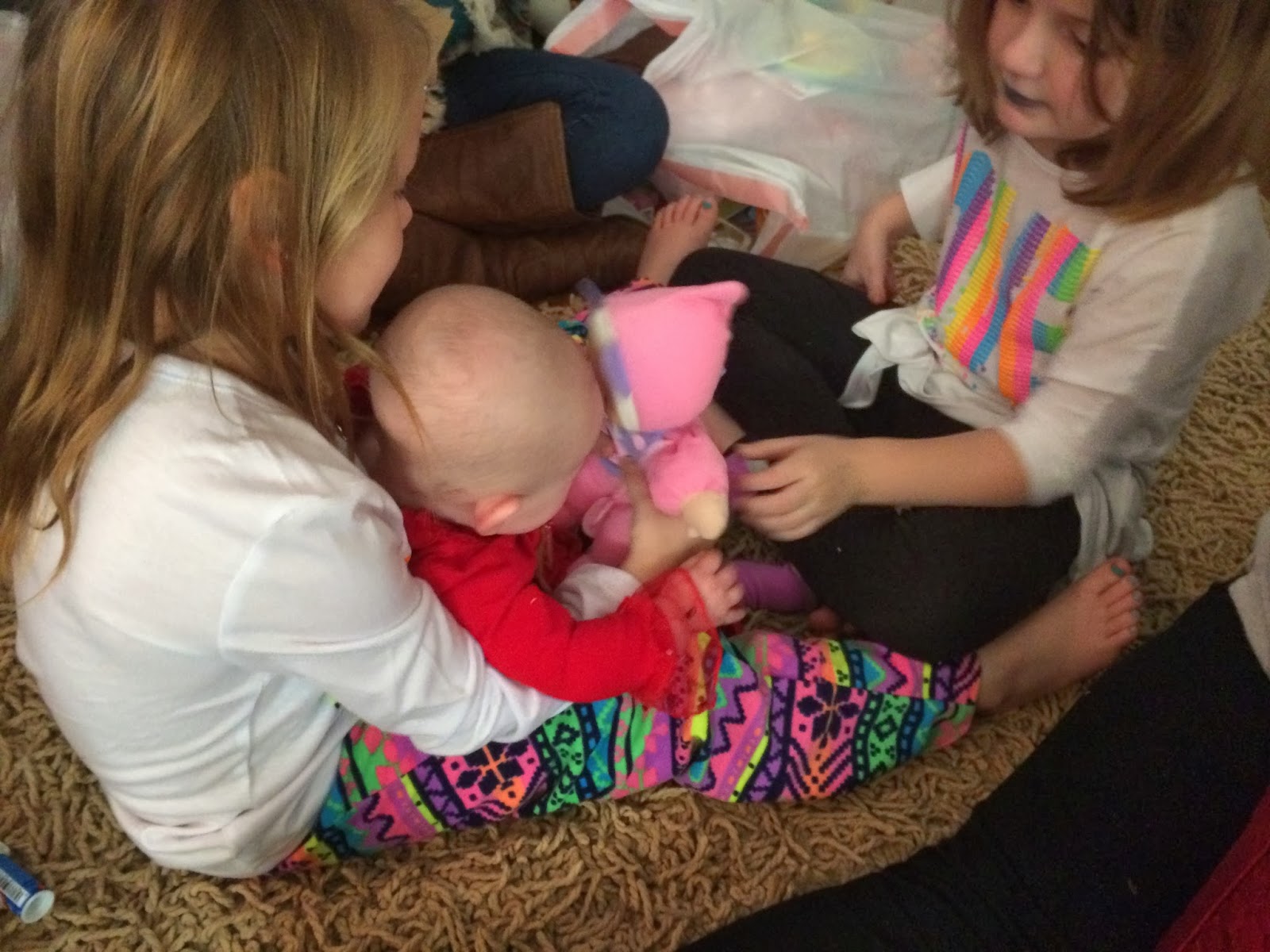 I swear I didn't even recognize hunter in the pic! Where has the little boy gone?? He is a man now! And Hayden a dad - they can't be grown!! The are still eight and ten in my mind to!

I don't care if you are still sharing Christmas pics in July. It is your story and you can tell it anyway you want to. If it was in chronological order we would think the blog was hacked! Lol

I would like to know a little about the medical side of your life. Did you have your lap band removed? You alluded to testing and then had surgery, but I want to know that you are okay and taking time to take care of yourself. The last four months of 2013 really rocked my world with medical issues and I kinda think you are holding out on me lol lol

I would not have recognized Hunter! My goodness those boys have grown. I think we all go crazy at Christmas even though we say "not this year" :)

Good to see the grown up boys on your blog! My kids would flip if they got stockings that HUGE, filled to the brim.

It amazing that those little boys are now men! And the 3 girls are growing up in front of our eyes! Thanks so much for sharing them!

I absolutely love reading your blog..Its the first think I do in the morning...I get up and fix a coke and read the "latest"...

Those pics with Hunter are hilarious......I need to do that with my dad. That man falls asleep all the time!

I so enjoy reading your blog and about all of your Christmas excitement! Thank you for sharing! It was really nice to see the guys too! I remember reading about them when they were little boys.

Have a BLESSED day!

When did Hunter get facial hair?? I didn't recognize him either. He should still be that baby faced big brother. :)