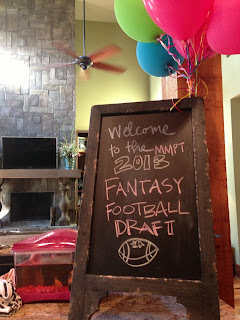 Can I just even tell you how fired up my husband is that football season has arrived?!  The boy L.O.V.E.S. football!  Like, really, really big time!! 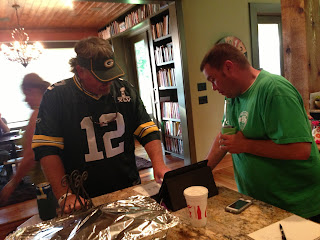 So much so that he hosted the annual Fantasy Football draft.  And not only that, he dressed up for the event!! 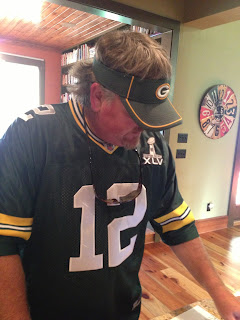 The guys started showing up.  And it was totally crazy to see them all with their spreadsheets, laptops, ipads....etc.  This was SERIOUS business. 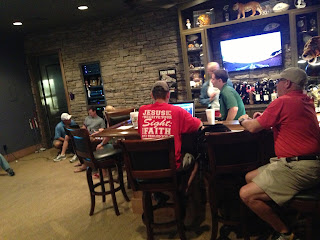 Some pretended to know very little about the whole thing... sort of aloof. 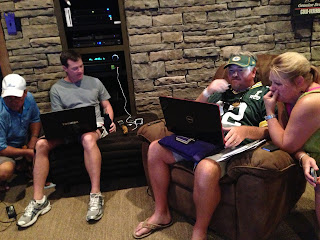 But rest assured.... they had done their homework.  They knew who was likely to be injured, who might need a back up player, who will be a stand out, etc. 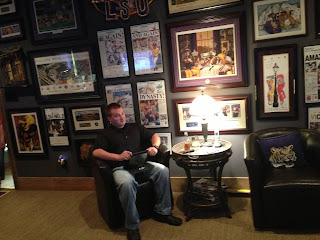 This one here, (John Wesley, KK's boyfriend), was especially psycho! 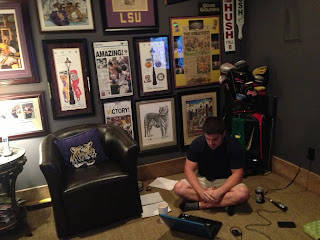 And I think this might have been Jeff's first psycho fanstasy draft.  On the right, in the red, below.  He is Jessi's other half. 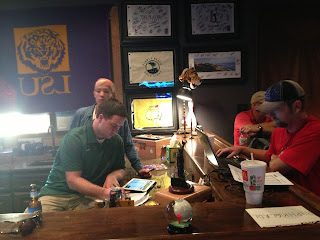 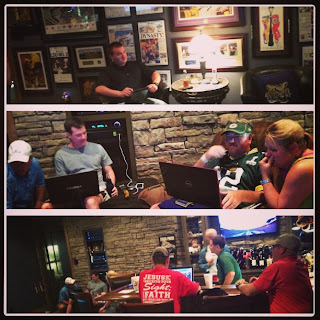 I am really still not all that sure what in the world it all meant.  I just baked and served the chocolate chip cookies. 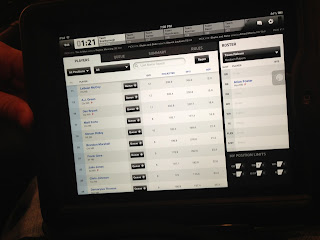 and then it happened.... there were some involved in the draft who were only choosing their players virtually.  They were all logged in together, and when it was Summer's turn (one of two girls included in the boys' draft), she chose Aaron Rodgers. 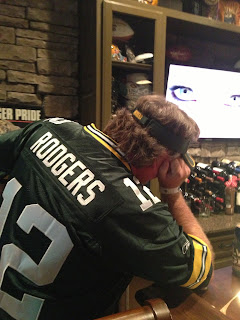 And these are the pics I proceeded to send her until she agreed to make a trade! 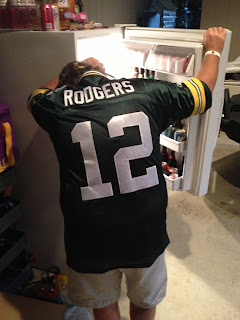 Actually, the girls of the guys in attendance had a totally different agenda!! 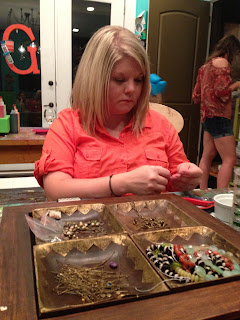 I felt sending them home with a new pair of earrings was the least I could do as they had to suffer through the intensity of the draft as I did. 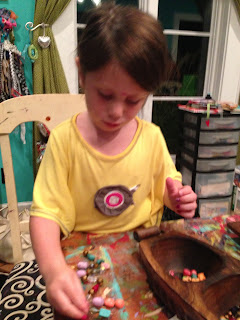 I was ready for it to be over.  I'd worked a whole day and was TIRED. 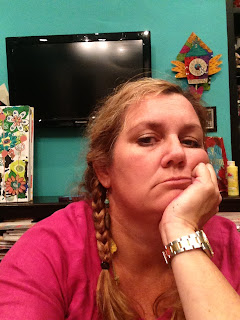 My friend, Angie, came over for moral support.  She is about as big a football fan as I know.  Right up there with Todd the Bod! 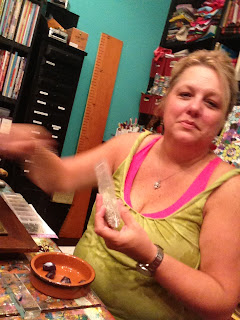 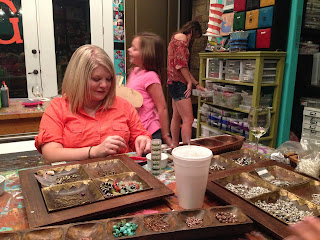 This is how I show my hospitality! 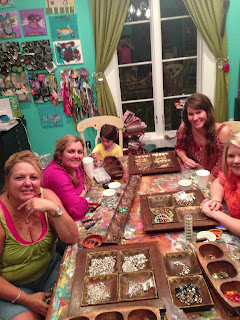 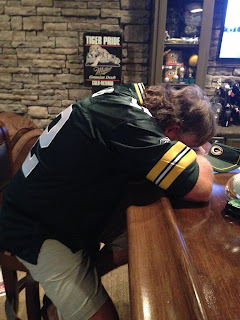 Summer submitted a trade agreement.  She swapped Aaron and two punks for three of Todd's aces. 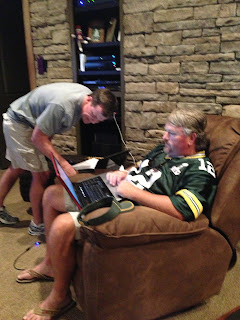 and Todd was again a happy, happy man!  Now he gets to cheer for his Packers AND his favorite quarterback. 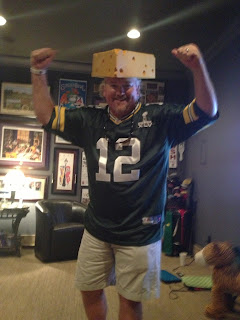 I think Jake was helping him with this negotiation! 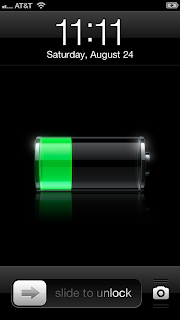 Amy K... the green and gold runs DEEP in the Groves household!! 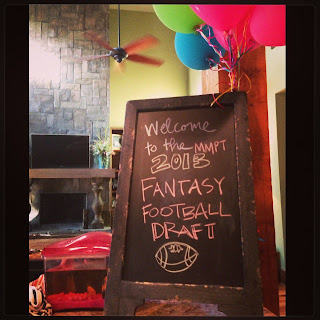 this chick loves football too - never got into the fantasy thing, too much like work lol

so happy todd got rogers!!!!

No football for me... Living here of course I support that Tigers and Saints but no hardcore watching or anything.

I love how yoy include wives/other halves in the guy stuff!!! Y'all are so much fun!!!!!

WooHoo, way to go Todd! This household is pumped for Sunday!

My 10 year old son is playing Fantasy for the first time this year. He didn't get Rodgers, but several favorite Packers though. He amazes many with the stats and all-around football knowledge he can rattle off, so it will be fun to see how he does.

I was thinking the same as Shannon.... you BAKED?? Ha!

I'm not a football fan either. Sorry! Especially NOT for the Packers; being from Minnesota and all! Sorry Todd!