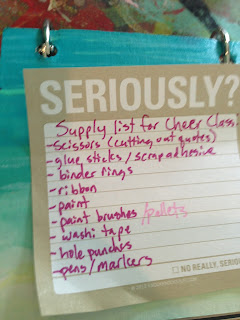 Sometime earlier this month, I had the opportunity to work with FORTY-FIVE high school cheerleaders who were at camp on a mid week art project. We jokingly call our high school, West Monroe University, because i t is H.U.G.E. and lots and lots of money is poured into our school.  It really is top knotch!!  It affords our kids mucho opportunities!
Anyway... 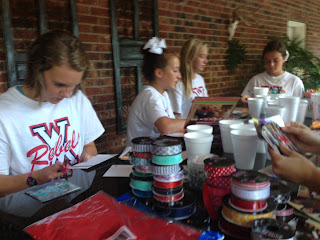 for whatever reason, this year the cheeleader crew made the decision that they would do an in-home camp.  With 45 cheerleaders, I suppose that is quite possible.  The kids stayed at other's homes, as they were considered the "hosts".  One of these hosts was my friend, Lisa. 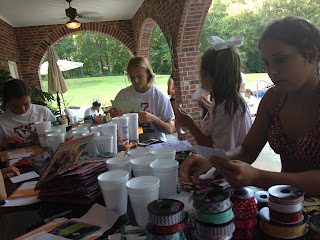 Lisa asked me if I could come up with a fun activiity for the girls to do one night after they'd done their camp and had dinner at her house. 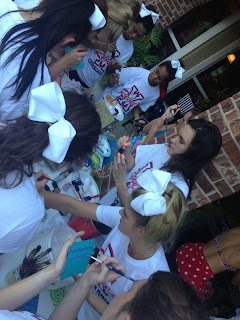 They were looking for a way to keep the girls entertained and around the house.  I thought a mini scrapbook might fit the bill, as it would allow them to put their memories of the summer and even of the camp thus far in it, as well as give them some space for all the upcoming photos surely to be snapped during football season. 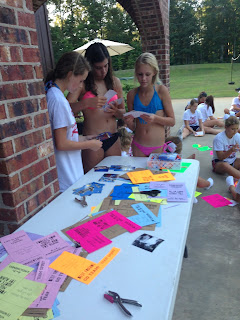 We had cute friendship quotes printed out, and I had gathered every pair of scissors/ holepunchers known to man. 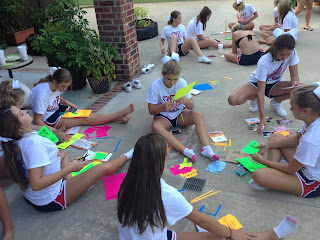 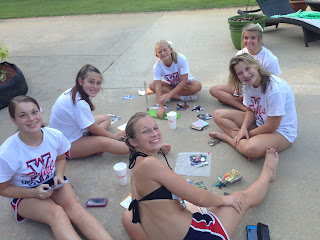 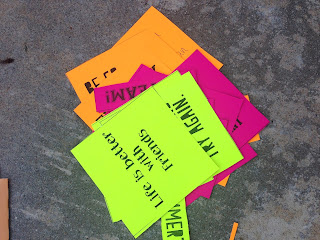 I'd ordered 120 pieces of chipboard to use as the covers. 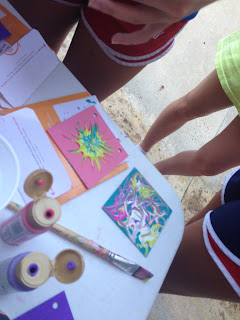 I'd also asked the girls previously to choose about 20-30 photos from their phones and send them to Walgreens, which is a very easy and quick way to get your photos printed.  Oh... and I suggested we use only instagram pics, for the 4x4" square format. 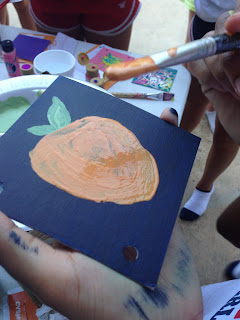 Walgreen's has an app you can upload on your phone, and there is an option for printing from instagram. It literally takes seconds for the whole process to be completed.  It's so much faster than anything I have ever had to do with choosing pics for print from my computer. 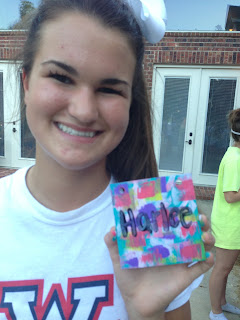 So, the girls were given free reign to create their covers however they felt so led. 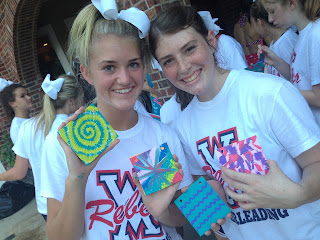 We were sprawled all over her back patio, on both sides of the pool.   This is one side! 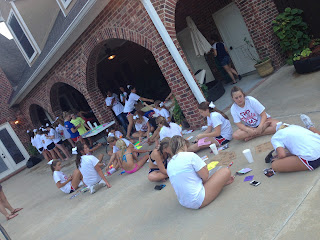 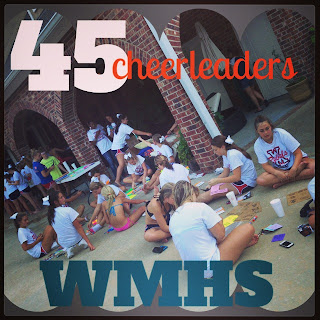 Some were really into it.  and some wouldn't be into anything, if you know what I mean.  So, I just trudged onward... 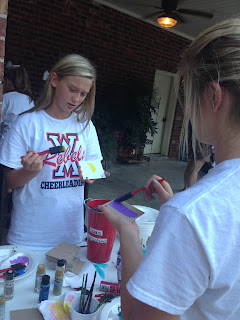 This is Emily.  She has kept my girls before, and is a daughter of one of my buds, Wendy. 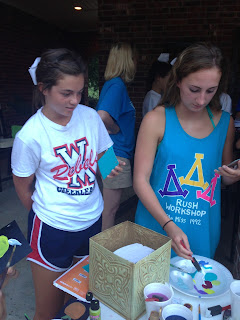 These girls had it a little cushier then the ones plopped down on the sidewalk! 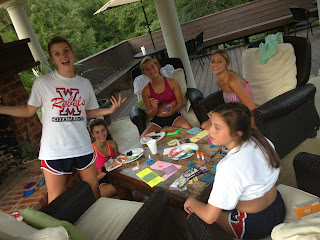 I enjoyed it because I have several friends who have girls cheering this year, so I was happy to do this for them. 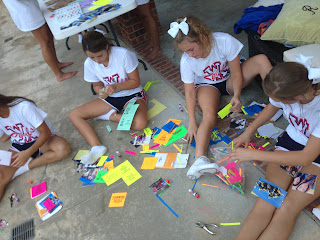 The girls then started assembling.  They had to figure out the order in which they wanted their pics, the quotes, and whether they wanted any space for journaling. 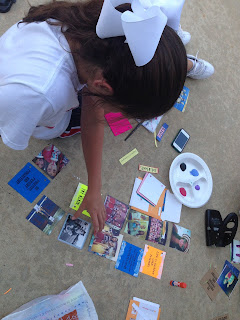 I love activities like this where every project comes out totally differently. 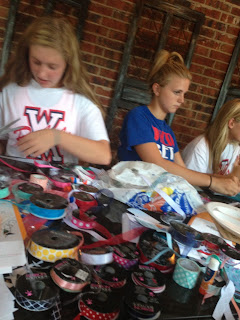 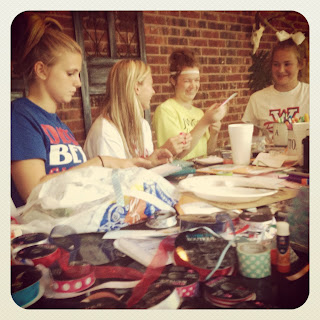 It was also a good opportunity for me to make a few new babysitting contacts!  :) 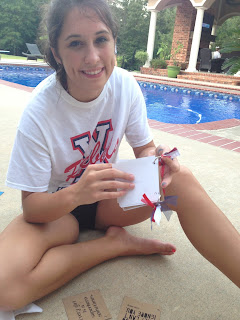 This is Camille.  She is a daughter of my good friend, Cyndi.  Just sayin'. 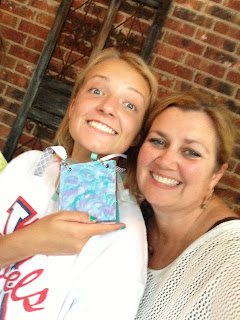 And finally, we added our index rings and the ribbon.  I bought about 30 or more new rolls of ribbon just for this night. 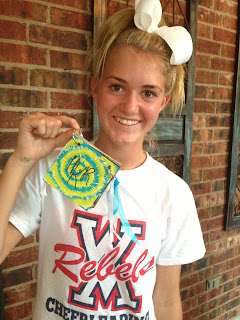 I think it went well.  I hope they did.  As evidenced by these photos, they were pretty engaged the whole time. 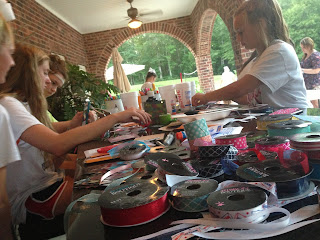 I know I would have LOVED to have gotten to do this at cheer camp! 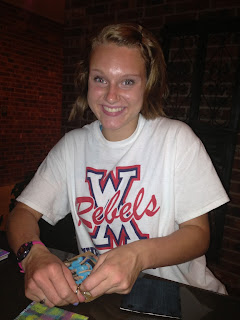 Thanks to Lisa and the other moms for having me over to do this.  I hope it was a good memory for the girls.

How fun! I am still in shock that a high school team has 45 cheerleaders!!!!

What fun! You're awesome.

AWESOME! What a great idea for them.

I bet they had a great time and you also taught them something they can use later!!!