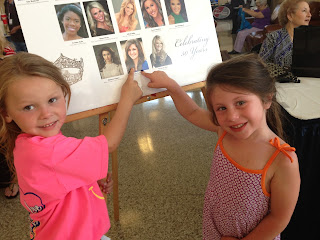 Well, let's just start right here.  Last week was a DOOZY!!  Ellie was asked by Sarah Torregrossa to be her Fleur de Lis Princess at the Miss Louisiana Pageant.  Each contestant had at least one little girl accompany them on stage and at almost all appearances during the week.  The littles had to be at least 5 years old to participate, so maybe Gabs will have the opportunity next year. 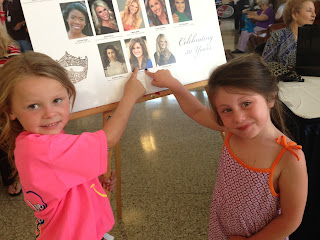 Thankfully, JinJin went with me for the first two nights.  It was a very demanding schedule!  I have to live vicariously through my sitters while I am working full time, so I was stressed daily to make sure I had all the right things packed, laid out to wear, the correct check in and check out times, etc. 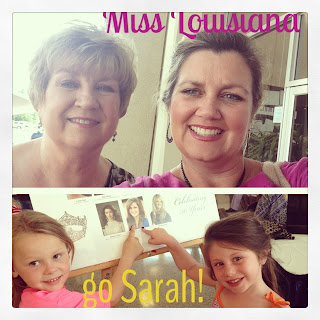 The rehearsals were closed, so parents couldn't stay and be in there while they were rehearsing anyway.  And talking about rehearsals, they were DAILY!  And all day as a matter of fact. 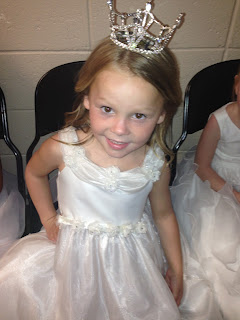 I mean, this whole shindig was quite a production!!  Here is Ellie as I posted her on Instagram and Facebook. 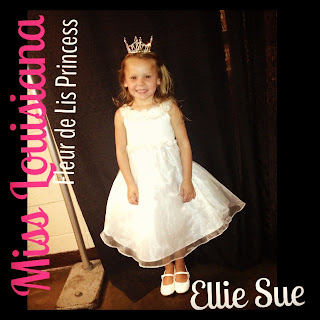 I got all kinds of well wishes and congratulations, but in fact, she was simply there to support Sarah, not an actual pageant contestant/ winner herself. 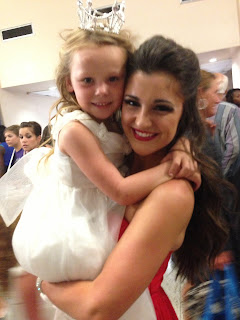 And this is Sarah.  She was contestant number ONE, so they were always the first on stage for everything. 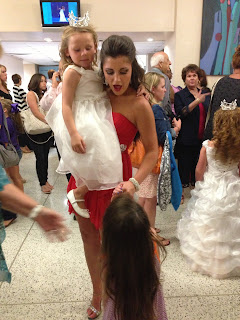 Didn't seem to matter to either of them.  Sarah confidently took her place at the head of the line, and by now, you probably know that Ellie has no issues with confidence either, so she didn't need a "model" to go ahead of her.  She knew what she was supposed to do and did it with swagger! 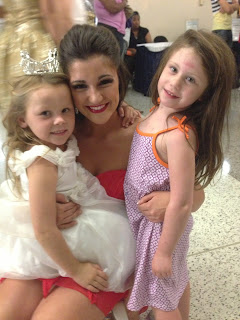 That big red mark on the top of Gab's head is where she fell asleep on the arm of the chair in the audience.  We were there most nights til around 11:30 pm.   These baby girls (and this mama!) were TIRED! 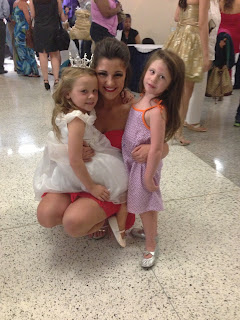 Ellie had a blast though, and if given the chance again next year, she'll be signed up to do it again!   Gabbi too, I hope. 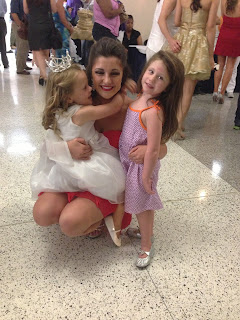 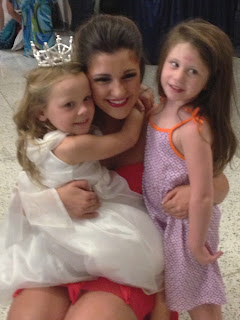 Sarah is a beautiful girl inside and out.  Her mom is Katie, who happens to be one of Gabbi's two "best friends".  Remember?!   Katie and Kimie?  Those are the two ADULTS who gabbi wants to ask to spend the night all the time and who she texts and calls constantly. 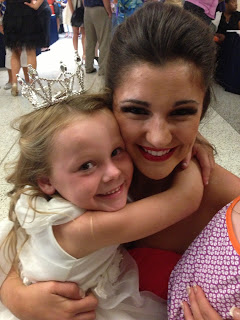 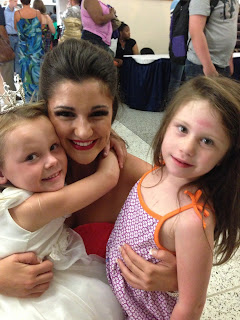 The whole thing was a good lesson to me on what all goes into a big production like a state pageant.  And the final night was televised, so that was an entirely different experience. 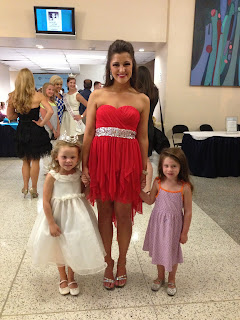 Thanks, Sarah, for allowing Ellie this experience.  It was quite an honor to represent you as your princess. 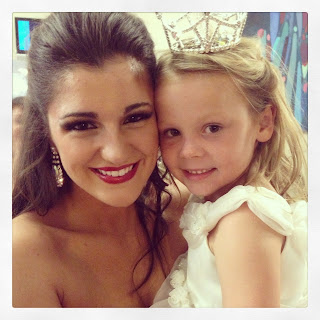 You were our favorite contestant by far! 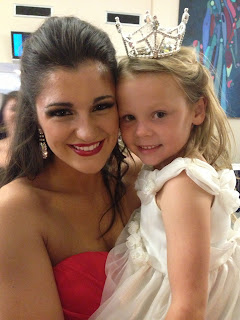 That is so cool!! What an amazing opportunity!!

What a great experience! You are a great Mom!

What an experience for Ellie. I applaud you for I know it kept you running. I sure hope you sleep good once you do find the time to sleep. LOL