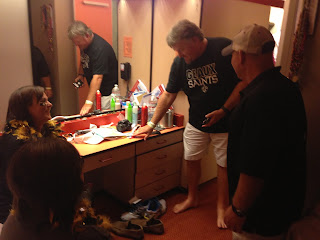 Ok, so this particular cruise was chosen because it had three really FUN bands on it.  Night one... Bag of Donuts. 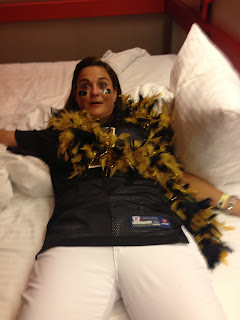 And because it was ported in New Orleans, the first night's theme was Saints!  We stopped at , of all things, a Walgreen's, in New Orleans, and snagged all this awesome stuff for our theme night. 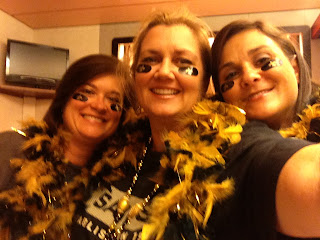 Todd was rethinking that "nap" he thought he'd take after dinner!  It's HAARRRD to get up and go after one has eaten AND gone to sleep after 10pm.  None of our particular nightlife ever started until after 11:00! 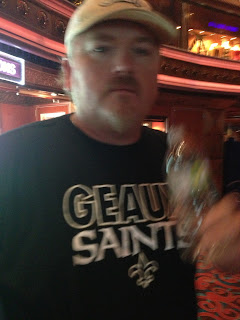 But. He was a trooper, so he got up and joined the crew. 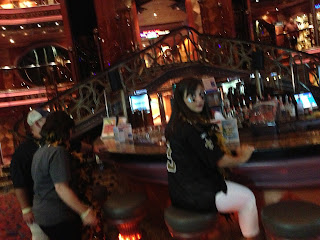 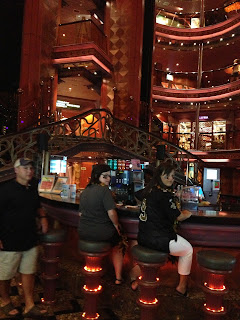 I am kind of of the opinion that there is just not a whole lot to do on a cruise ship.  I am more your "get me to a PORT" girl!  I'm not a huge fan of casinos.  I am not a really big drinker, and my dang lapband prohibits so many food choices, that I was just dang near idle until I found my groove!  Paula found hers right away! 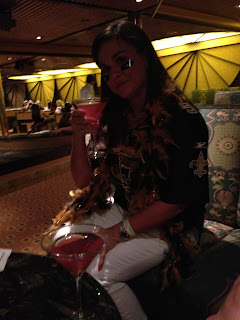 Tashia and Dakin were hanging in there too.  We'd been on the road since about 7am, and had driven 5 hours to New Orleans, gone through the embarkation/ deportation/ whatever stuff on the boat, been to a private party with the bands, and now were at a concert.  We seem to forget that we are old farts. 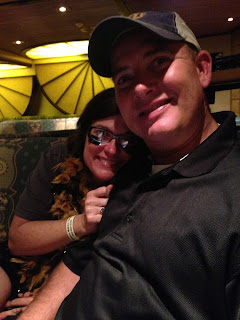 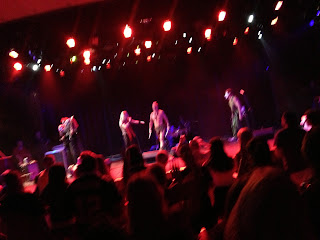 The Bag of Donuts are pretty fun.  This dude dresses up like a KISS character. 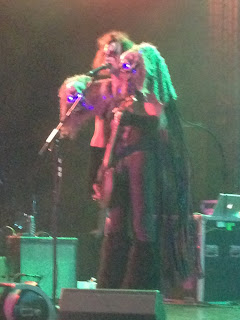 Dude back there on the right looks like the JOker. 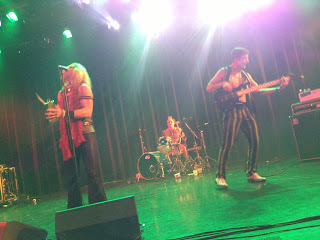 This chick right here just looked like a groupie! 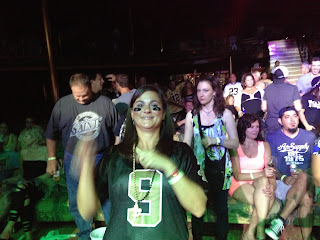 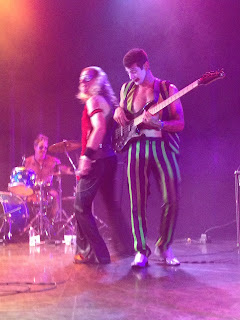 Somehow we found our way to the front row EVERY night... and even draped ourselves over the stage in fact. 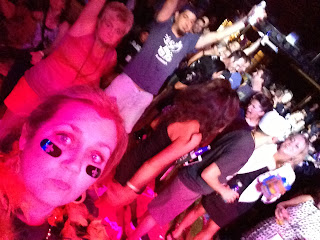 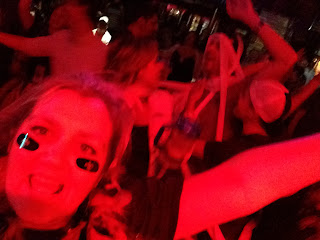 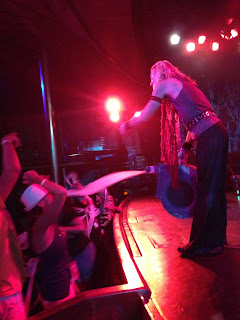 This band was really fun.  But I'll tell you... the excitement and the talent grew from night to night.  My fave was saved for the last night.  I'll have to keep you in suspense! 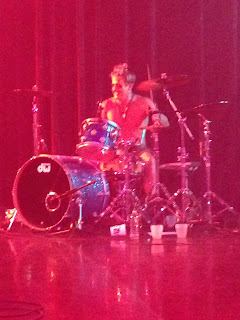 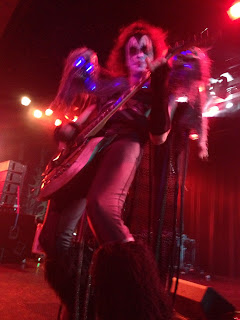 The band members ate dinner with us every night, so there was lots of fraternizing. 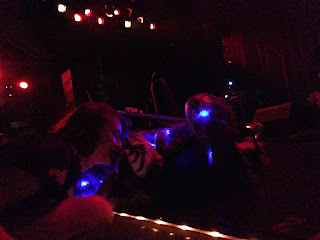 It was pretty cool to get to know them all on a bit more of a personal level. 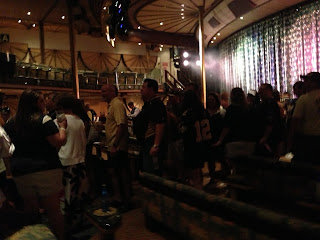 And that concludes Saints Night with the Bag of Donuts.  Tomorrow... the Molly Ringwalds!!  whoop.

I've heard the bag of donuts play too. Costumes are kinda scary but their music is good.

I am SO a morning person and SO not a night person that I would have to make MAJOR adjustments! LOL I seem to remember busting the midnight hours on our cruise so I guess I made that sacrifice. LOL

I was of the same opinion as you - just get me to a port. You had great company to make the cruise look like FUN!

Yep Mo, you and I are just alike. I'm not a fan of casinos AT ALL and I do NOT drink at all! It's an all out FEAT for me to take on a Margarita! 2-3 sips of that stuff and I feel nauseated and woozy. My 30th class reunion is in 2weeks and just like our HS senior night...I will NOT BE DRINKING at all! Yeah...some things NEVER CHANGE!! I can party and have a good time w/out alcohol!! :)