Chillin at the beach and tattoos 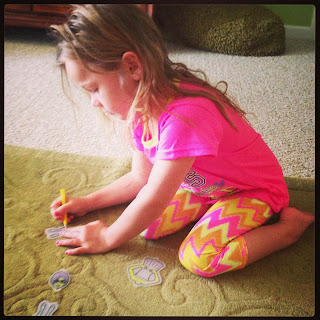 Now you gotta KNOW that we bring plenty of art projects to the beach.  So, night number one, we were already making shrinky dink fashion girls!  And Ellie had swooped in and found some craft foam and cut her own numbers. 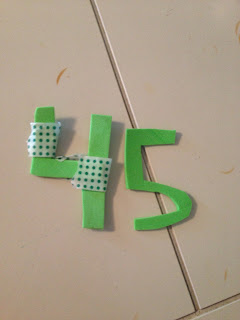 The four and five represent her and her sister's ages.  And might I add, cutting numbers from foam without following a line is quite impressive for a five year old!  I was really impressed! 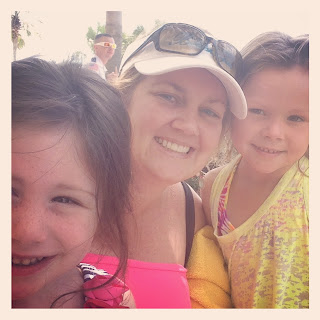 This was our one and ONLY trip to the beach for the first whole week we were here, other than a very brief visit with Nurse Terri and her family.  They are just pool girls.  I think they're headed out there today with the sitters. 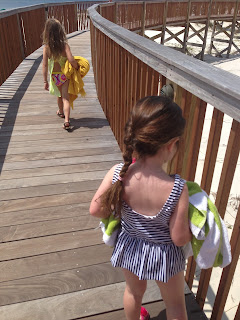 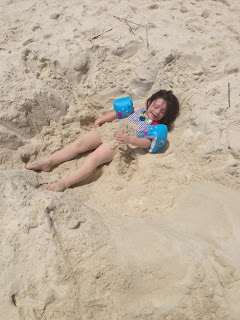 Madi showed up and had this on her tongue.  Has anyone ever seen this?  She had an extremely high fever last week.  Like 105*!  She has some bladder issues she is going to have investigated soon.  But this was a new one to me.  I have a cousin with "geographic tongue".  I googled that and kinda think that is what it looks like, but a sudden onset in relation to a fever seems odd to me.  So, anyone?  anyone? 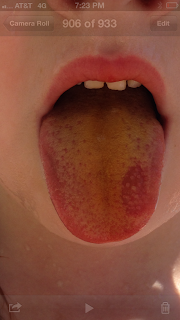 I caught Staci in the bed at about 3am playing Candy Crush.  But what is so funny about this is that she also had on headphones.  I said, "What are you listening to?"  And she was totally cracking up when she had to admit, "The theme song music to Candy Crush".  She needs an intervention! 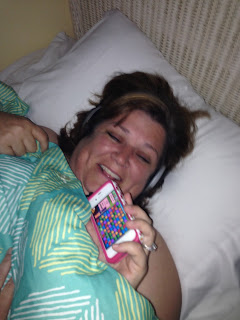 Gabs is becoming quite the little fish.  She LOVES the water and has for as long as I can remember.  HOwever, she is actually swimming short distances! 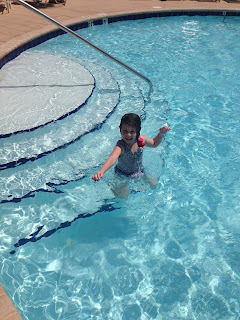 And running and jumping off the side like crazy. 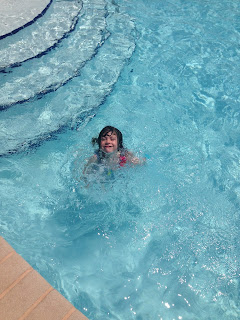 Every day there is a poolside activity.  On this day, it was glitter tattoos. 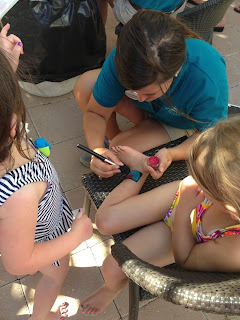 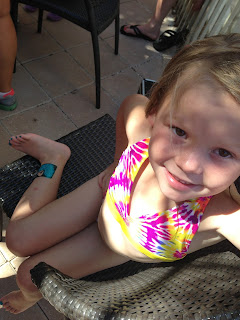 While they did that, Mama did THIS! 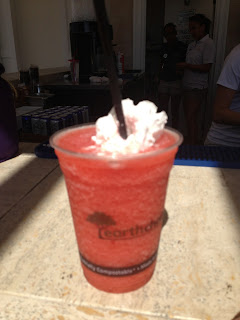 Oh, and my tween also had to get her hair wrapped!! 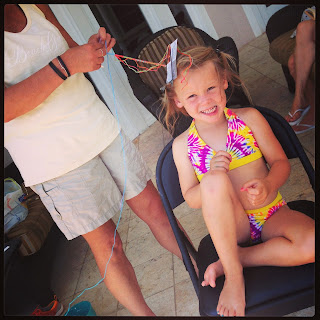 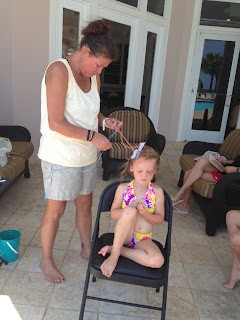 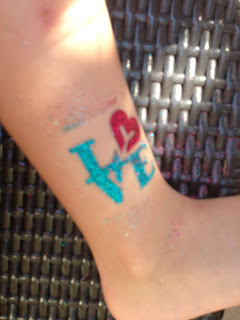 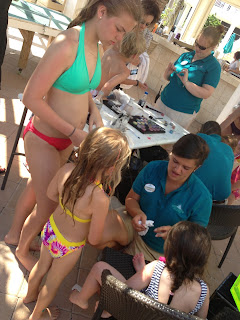 While my baby chose a unicorn in purple glitter. 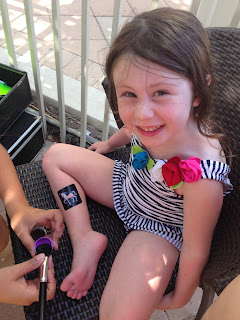 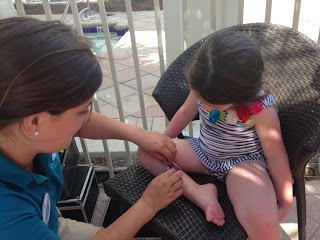 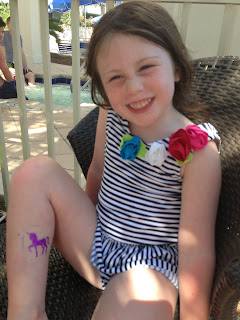 I think she was pretty proud of the end result!
As was Miss Priss. 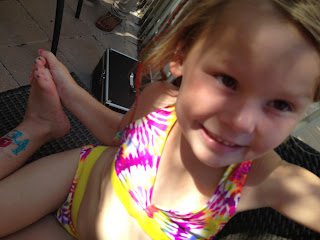 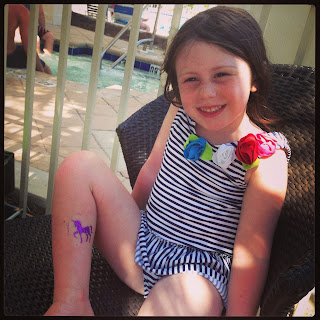 This was day one sunnage for ol' Mel.  See that white underneath?  Yeah, well THAT is actually how my shoulders started the day too.  I didnt' do any "prep" sunbeds or anything like that, so I suffered for a day or two. 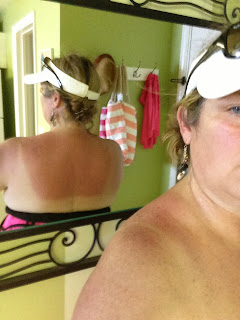 But, here we are on Day 9, and I think we are over the "get a bad burn" hump!  Thankfully!  Gabs has had the worst.  Ellie has done nothing but brown! 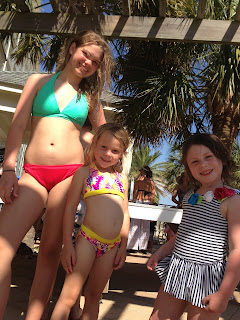 Good times from the beach.  Paula and Johnnye and Miss Linda and LInda Lou and the whole crew are coming down tomorrow, so it's about to get interesting up in here!!

I always enjoy reading about your beach trips. Y'all have so much fun with all of your friends and family, keeping everyone busy with lots of great activities!

I have no idea about Madi's tongue. I hope it's better by now...that fever, too!

How much longer will you be at the beach? Enjoy every minute...can't think of anyone who deserves it more than you!

Asked my husband(the dentist) about Maddi's tongue, and Britt said it looked like geographic tongue on disguantative(pretty sure I misspelled it) gingivitis. We basically means the outer layer - any who he says a prescription doe Lydex gel will clear it up.

I should not type from my phone. Prescription for!

Love the beach stories every year. Can't wait for the "circle" pics and stories.
Have fun!!

Love following your beach adventures...feeling envious! Wish we lived closer to southern beachy areas. Keep making those beautiful memories, and thanks for sharing them with us.

Love following your beach adventures...feeling envious! Wish we lived closer to southern beachy areas. Keep making those beautiful memories, and thanks for sharing them with us.