The Pasta Party... kickin it off.

As expected, it was a hugely inspiring weekend. Let's start with the Pasta Party that was held the night before the race. Staci, Mom, Veronicia and I needed to "carbo up" with the rest of them, as we had a full night ahead of us, putting signs 26 miles aroung town! 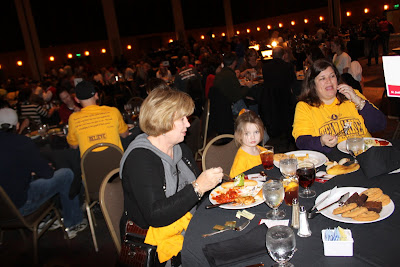 The place was PACKED!! 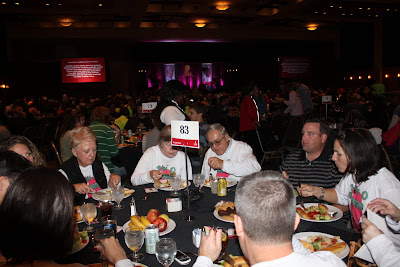 And that's a good sign, because you either EARN your way into the pasta party through fundraising efforts or you buy your way in.... either way, that means money going to St. Jude!! 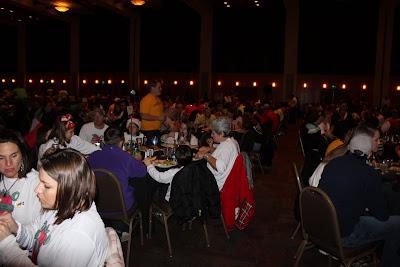 Madi made the trip up with us, but Ellie and Gabbi did NOT. Maybe next year! 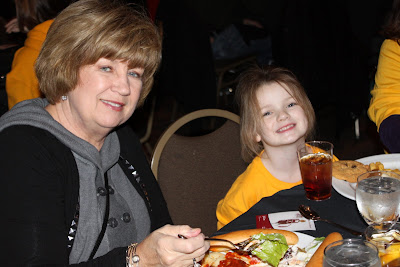 This is Lacreisha. She is an OT at my Shreveport office. This was her first 5k... I am pretty sure. 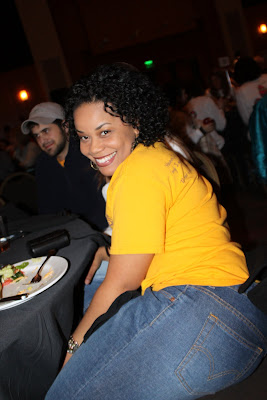 And this is Crystal and Ron. Crystal did the 5k and Ron had his second year at the marathon! ROCKS my world!! 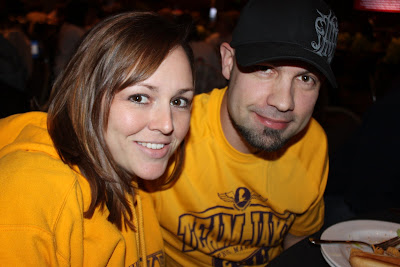 I always love reading about all the kids who are represented on the tables. I thought it was cool that "Owen" was on ours. That was Jake's middle name! 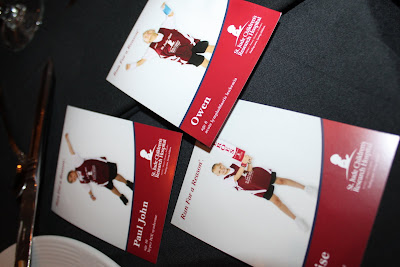 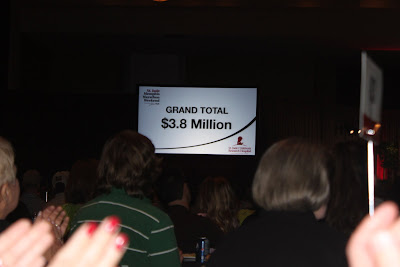 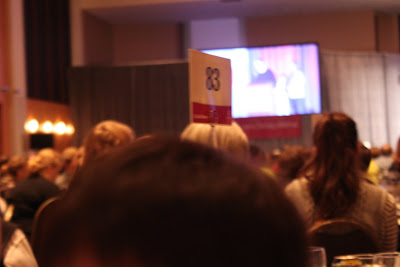 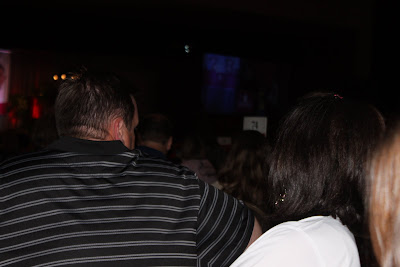 Just sayin'!
Karl was again our fearless leader. This was his EIGHTH year to participate!! 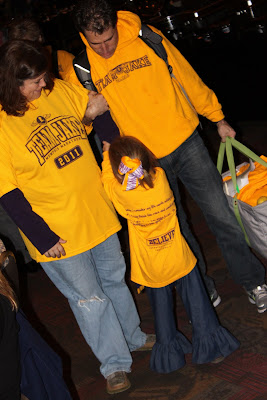 This is the whole group who was present for the pasta dinner. There were many more, who we didn't hook up with until the next day. 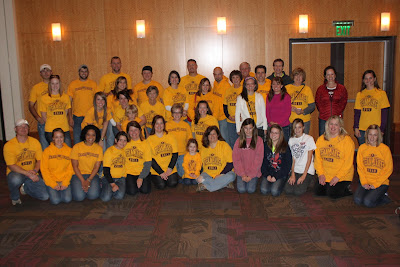 And can I just say, we could never fully express our appreciation for what these people do when they put TEAMJAKE across their chests. In actuality, it doesnt' matter for whom they run, because all the money ultimately goes to St. Jude, thus ultimately pours money into a system whose soul purpose is to save kids' lives. 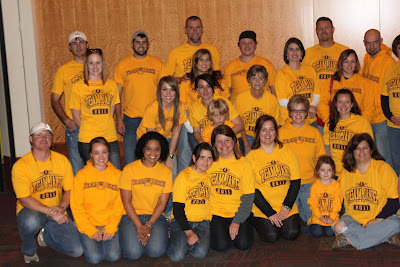 But when they not only raise that money, but also run with Jake's name on their chests, it totally brings to light the fact that this sweet little boy's memory is very much still very alive. 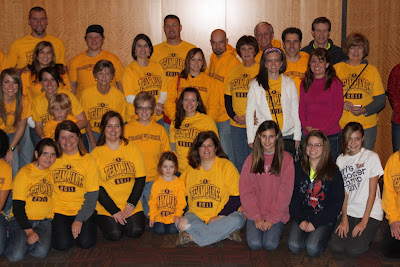 It also shows that his life had purpose and that this purpose is still being lived out. So many are STILL touched by his story!!! I was able to tell people about Jake that night, the next day, and even on Sunday on the way home when I was STILL wearing a TEAMJAKE shirt. Even the ladies at the service station would ask about it, and I had the opportunity to tell his story, and again, keep his memory alive. 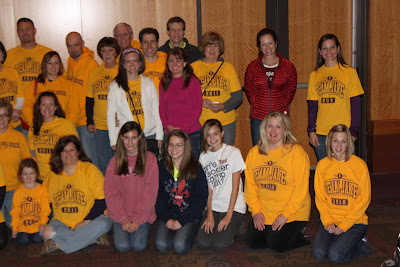 So, to all of you in this picture, and to those of you to be pictured in the next few days (Yep, the St. Jude Marathon usually preoccupies my blog for a week!!), I just want to say THANK YOU.... from the bottom of our hearts!! Jake's mom, grandmother and Aunt Mo were there and our hearts were full of pride and gratitude. 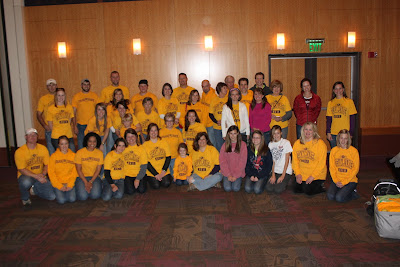 Oh, as was his sister's Madi. She and Ellie talk about Jake as if they've known him forever. They are totally aware that he is in Heaven ("with Earl",our former pet, per Ellie), and that we will all see him again someday. 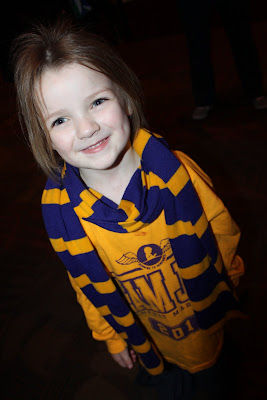 So that's day one. I'll be sharing with you the 5Kers tomorrow!! Get ready for some serious inspiration. And if touched enough, maybe you can join us next year. The more the merrier!! 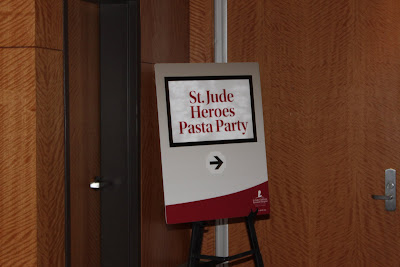 Jill@Run for the Hills said...

Mo,
Thank you so much! I had looked up your blog yesterday when I returned home, and can't wait to see the rest of the pictures.
I felt so encouraged by the TEAM while on course, and the signs and pictures of Jake's precious face seemed to appear at just the right times, reminding me why I was there. I am so moved that the mile dedications were used as they were intended to be. I honestly felt Jake smiling and I was smiling the whole time too. Thank you for sharing your family with me, and allowing me the honor of being a part of Team Jake.
Love,
Jill

i was shocked when you said karl had been participating for 8 years! has it been that long?????