You know you will be seeing pics from this weekend for a while, right? Would you believe that I didnt' take nearly the number of pics I typically take? Don and Staci hired a photographer, so I figured it was his job to get all the pics... since he was being paid and all! So, I didn't lug that thing around quite like I normally do. 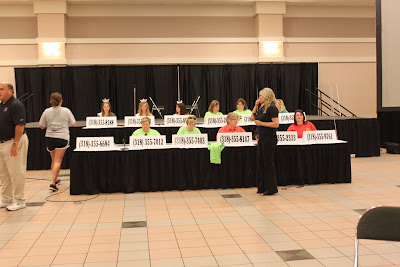 You've heard me talk about the telethon... well, this is it. All official and all! Hey, Kelli! and Cherry. Those are my two first cousins on the bottom row in red. And between them is a friend they brought, Niki, who is singed up to do the 1/2 marathon for TEAMJAKE in December. Our team has been in the fundraising lead for a couple of months now. Just sayin! Go Team Leaders, Karl and Lori Ann. 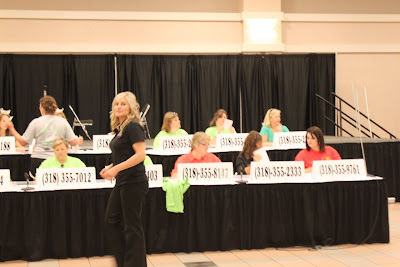 We have this commnity convenience store/ gas station that many of us live by. They gave items for our silent auction, and then showed up with surprise lunch goodies for any of the volunteers who may have wanted lunch. How cool, huh?! 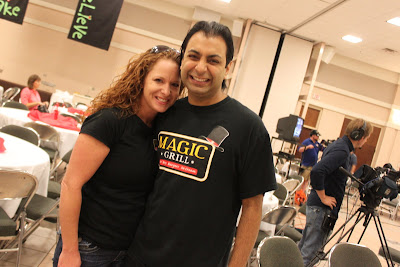 And a few minutes later, in strolled Jason, with Iron Horse BBQ, with full on catering for all the staff, volunteers, etc. I mean a BBQ SPREAD! 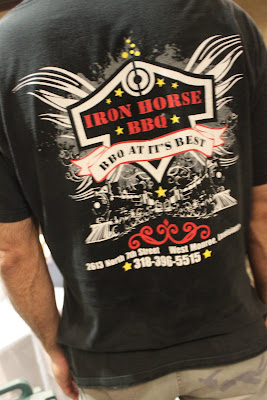 That's Jason there. He was big brother to one of my very good friends in junior high and high school. She is a personal trainer in Georgia. Where did I go astray!? 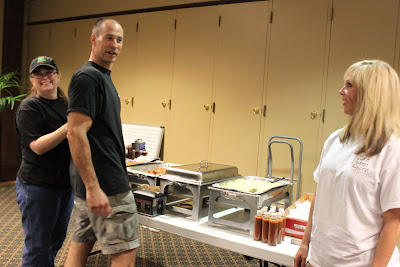 And then this beautiful kid showed up to represent at the telethon. Shelbi recently went through radiation AGAIN for a brain tumor which is still present, but currently shrinking. Shelbi Mae then SUNG for the crowd on TV!! There's not a shy bone in that kid's body! 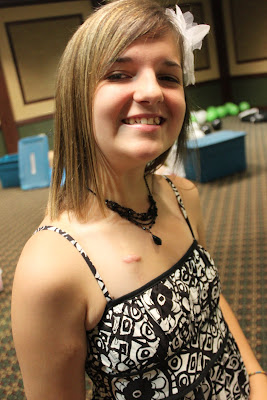 Oh, wait! Did I mention that Chik Fil A showed up TOO with milkshakes for everyone. 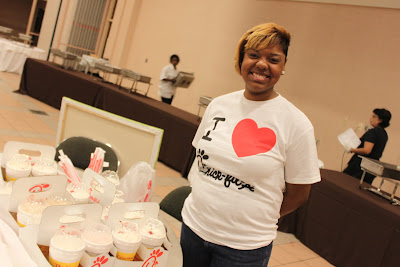 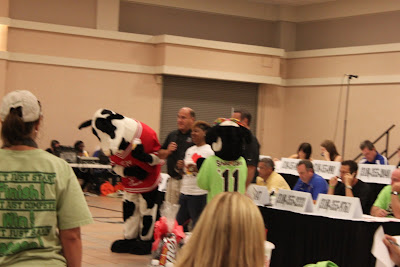 Going on in the back room was a blood drive. They told me as they were packing up that they'd not had too much activity. When I asked how many had given that day... 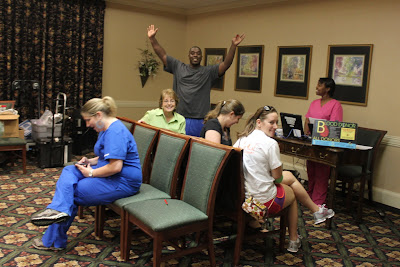 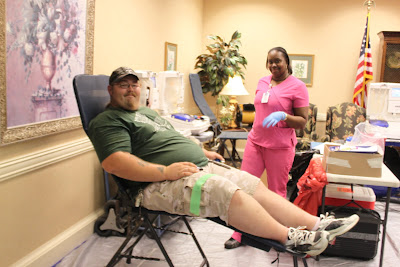 Some of you may have seen this picture of Facebook. I just had to share it. She went outside and got into the face paint on her own. This is some sort of hyroglyphics that was obviously written by her! I asked her what it said, and she said , "Believe". 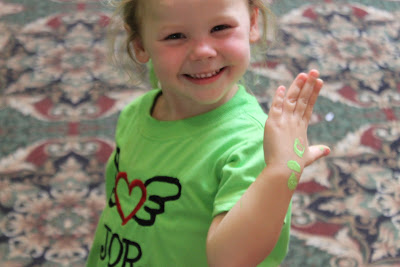 And also during the telethon and blood drive, we were working hard and heavy to get more stuff made for our store. These three darlings were there to make jewelry when none of them ever had! Hey, nothing to stop em! They dove right in. Thank you Hanna Kate, Erika, and Dee!! 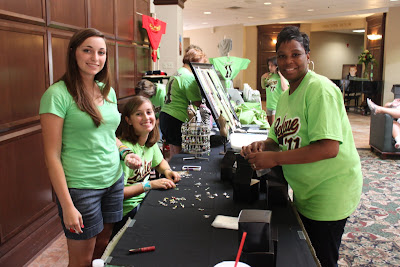 Also, thank you to those of you who sent me your phone numbers so I could contact you about a donation. It was cool to connect voices with names.... and in some cases, faces. Everyone seems to "know" me, but I know so few of you! 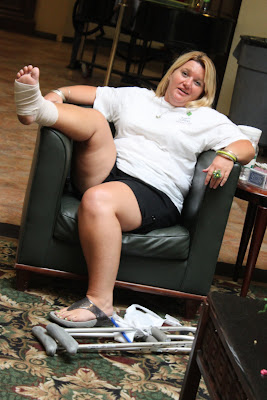 Another question I am getting a lot is about ordering a tee shirt. I mentioned it to Don, and he said give him about a week, and he will have access to them on the JOR Foundation website. I'll let you know when it's time.

I think you'd left but I wish you'd gotten a pic with Gabbi and the "baby" cow... she told everyone it was "her" cow and mary alice and veronica had to distract her with milkshakes to get her away so the cow could go change!! It was hilarious though!!

Oh and by the way.. got my password reset so ill be posting more comments now!

What an awesome turnout for such a GREAT cause!

The guy that came with Hayden bought a medium tshirt and needs a large. Will you ask Don what I need to do to get it switched out? Thanks. I am going to convince my crew that we need to come earlier next year!!!

such a delight to see all the pics

Momma and Her Doodle said...

Awesome job Melanie, I am in for a T shirt too!

Saw where are the pictures of Hunter, Hayden, Ellie, Gabbi & Madi during the Shake weekend?

Thanks for inviting Miss Mae to sing-she LOVED it! OH! And I wore my cuff today to work-everyone loved it! I have been taking sewing classes and am getting my first sewing machine this weekend so I may try my hand at making some cuffs myself-they are too dang cute!