Night one with Toddly.

A month ago when I was in Orlando for the John Maxwell Live Event, I took the last ay and instead of going to classes which I have every single event for the past 4 years, I went to Disney Springs (formerly Downtown Disney!).  And there was a store there called Johnny Was.  Heard of it?!  It was FAB.U.LOUS.  The textiles, patterns, and designs of the scarves and such were totally awesome.  I know this pic can't really show it, but this grey velvet, embroidered headband (that may or may not serve as a belt to some skinny people) was my sole purchase there.  And I LOVE it! 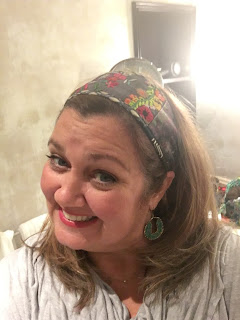 As with any New Orleans trip, we spent a little town on Magazine Street too, where artists share their wares.  These were handmade and are suddenly some of my faves.  They were $30.  And that is a lot of hand work for only 30 bucks!! 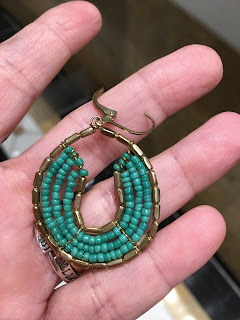 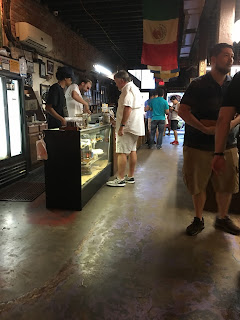 It is pretty incredible to watch them take these raw tobacco leaves and wrap them into cigars. 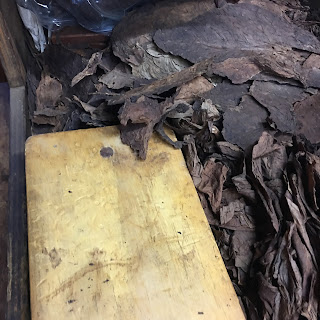 This dude right here was a master! 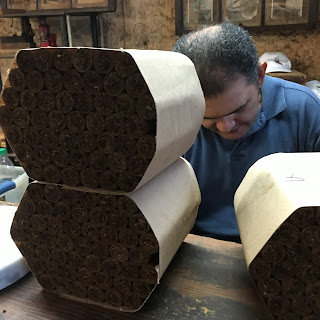 And this dude right here got husband of the year for obliging his crazy wife and her endeavors.  Like a hat shop! 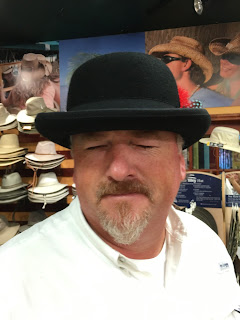 He looks so dapper and serious, doesn't he?! 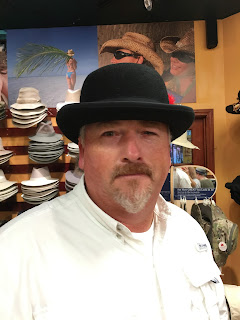 Now THIS.  This is much more his speed.  a cup of beer and a non-crowded street. 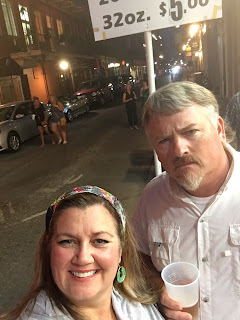 Look how his personality has changed.  He is watchful!  Suspicious! 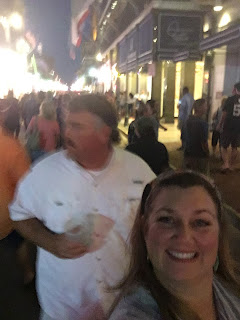 Looking over his shoulder.  Never smiling.  The boy has "deliberative" in his top five strengths which makes him "careful" or as I like to consider it... "Full of care" for me, his girls, and our whole crew.  It makes him somewhat risk averse.  Yet another way I know that God had a plan when He put me with this fine hunk o' man! 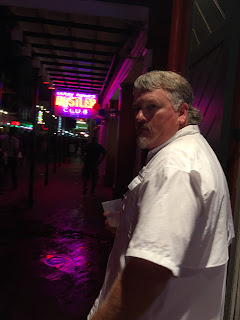 There were kids out on the street tapping with tops of bottles nailed to their tennis shoes to make taps. And might I add that they were VERY impressive and talented! 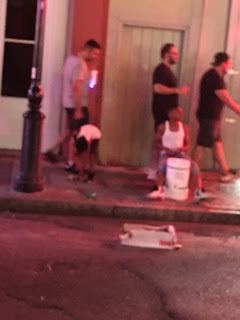 Then just boom, right as you are walking along, you encounter this!  A full on brass band doing their thing in the street for tips! 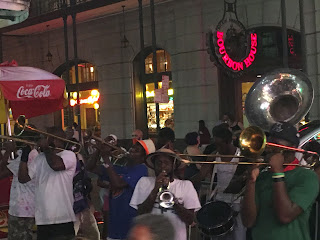 Y.E.S.  My new fave.  An extra dirty martini.  I think I just like ordering the "extra dirty" part.  At mid forties, I need to say something risqué'!  Might as well be the name of my drink. 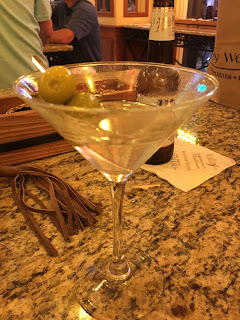 As we were headed home, we encountered this SUV up on a trailer with a full camera/ video team riding alongside.  They were filming a movie. 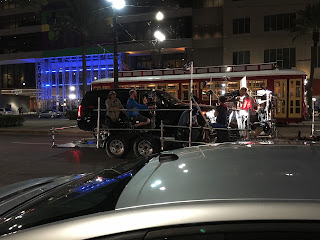 I swear it felt like an eternity that this girl sat and stared at me, and for the life of me, I have no idea who she was.  I will have to be on the lookout for that vehicle in upcoming movies, I suppose! 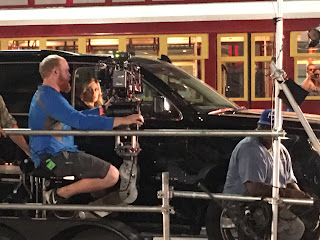 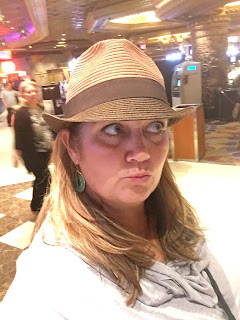 Todd always thinks it is funny to scowl when I ask him for us to take a pic together.  And since he's behind me, I rarely know it. 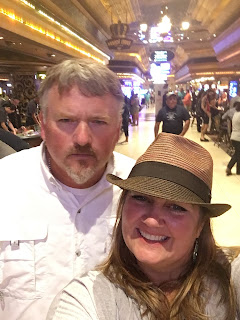 So, on the next one, I just followed suit.  Do we look like a tough couple? ! 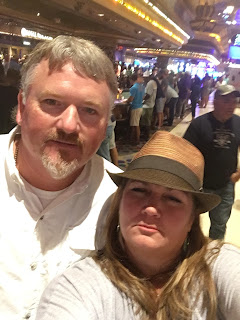 Bahahahaha... he should be on Alice in Wonderland! 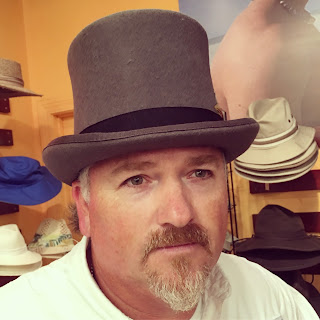 Random pic out of order.  But so be it. 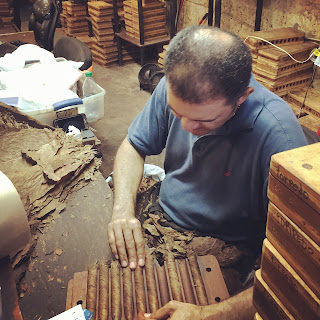 And Todd making his final selection. 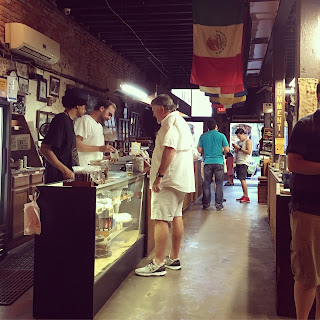 It is such a blessing to spend a little time with just the hubs.  He usually feels more guilty than I do when we don't have the girlies.  I figure it makes us better parents to recharge on our own.  I am sure everyone has his or her own opinions on traveling as a couple vs a family.  I, for one, am FOR it!!  (They aren't exactly hurting in the adventure department!!)

I'll see y'all tomorrow.  Thank you so much for replying!  I NEED that feedback!  It is what drives this maniac!

Looks like fun, but I would keep an eye out for trouble anywhere these days!

My kids have always had more adventures than us, we would go if we could!!

Keep up the blogging. I find myself getting excited to come see what you shared!

So glad that you are back. I've missed you.

Definitely on point to have a couple adventure every now and then. It gives the girls an opportunity to have their own adventure with grandparents or friends. Memories in the making for all.

I agree with you. I think it's important for couples to have some alone time. Looks like y'all had a blast.

I seriously love Todd the Bod and think he needs to set a single mama up with his twin!!! Seriously, will move for love! Lol! He's a keeper, Mel! Even when he looks like Sir Topem Hat and Groucho Marx in his hats. Love your adventures!

Love it! Need the couples time!

I certainly think all couples need that one on one time with each other. My husband and I have similar guilt when we go somewhere without the boys. The renewal to us as a couple is important though. Take those adventures together and remember some day your girls will have those types of adventures to.
Love the Todd in hat pictures. It's obvious that the two of you have so much fun together whatever you do. I know how you feel about your husband making interesting faces in pictures together. My husband likes to do that to. Nothing like looking your best in a picture and your husband 'ruins' it by making faces. Some times you've got to join them and get those classic shots full of memories.