Mojoy Studio had its third and final Christmas canvas class.  It turned out to be a big hit, as well. 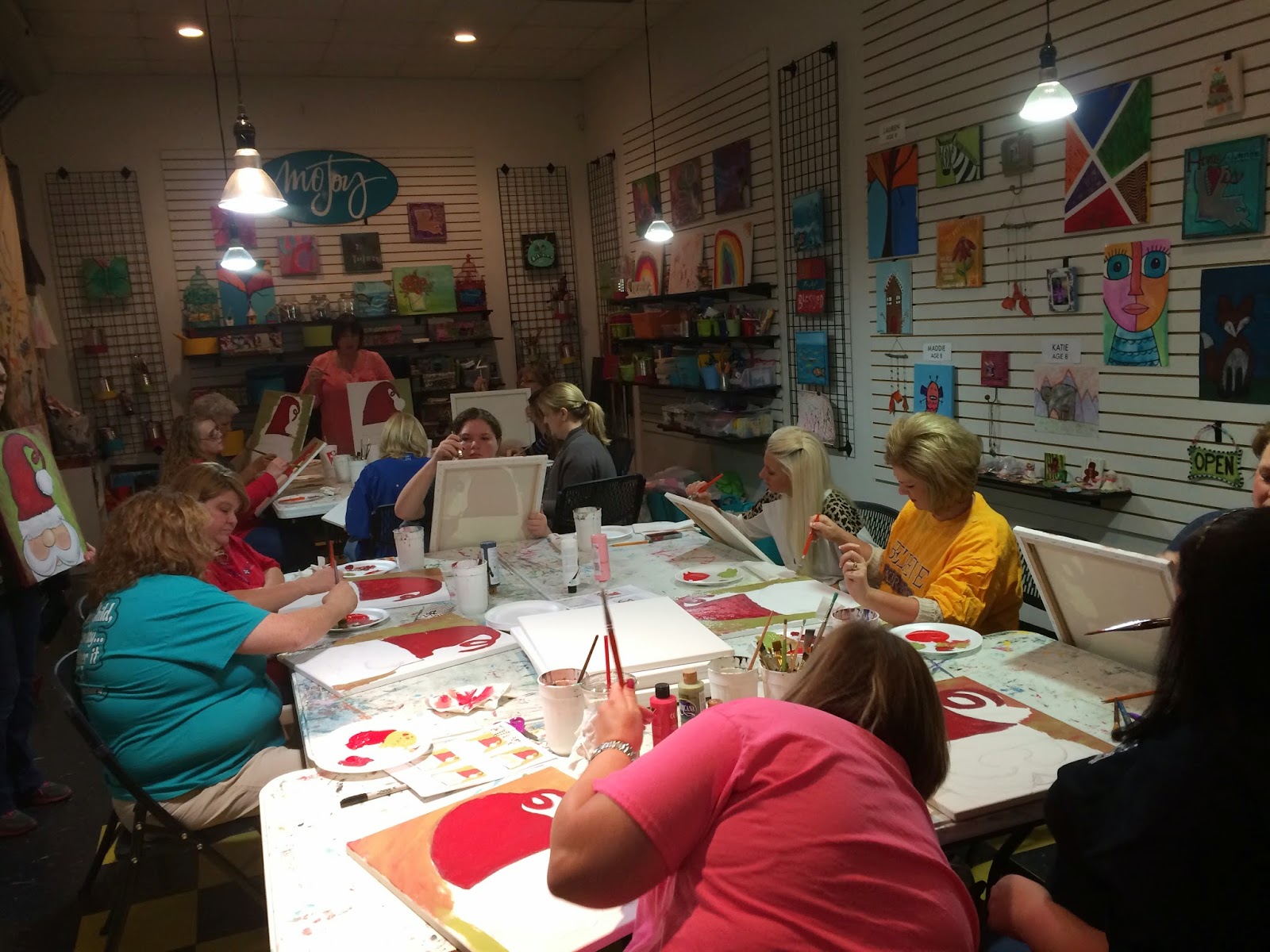 Some of these girls were repeaters.  Some were first timers. 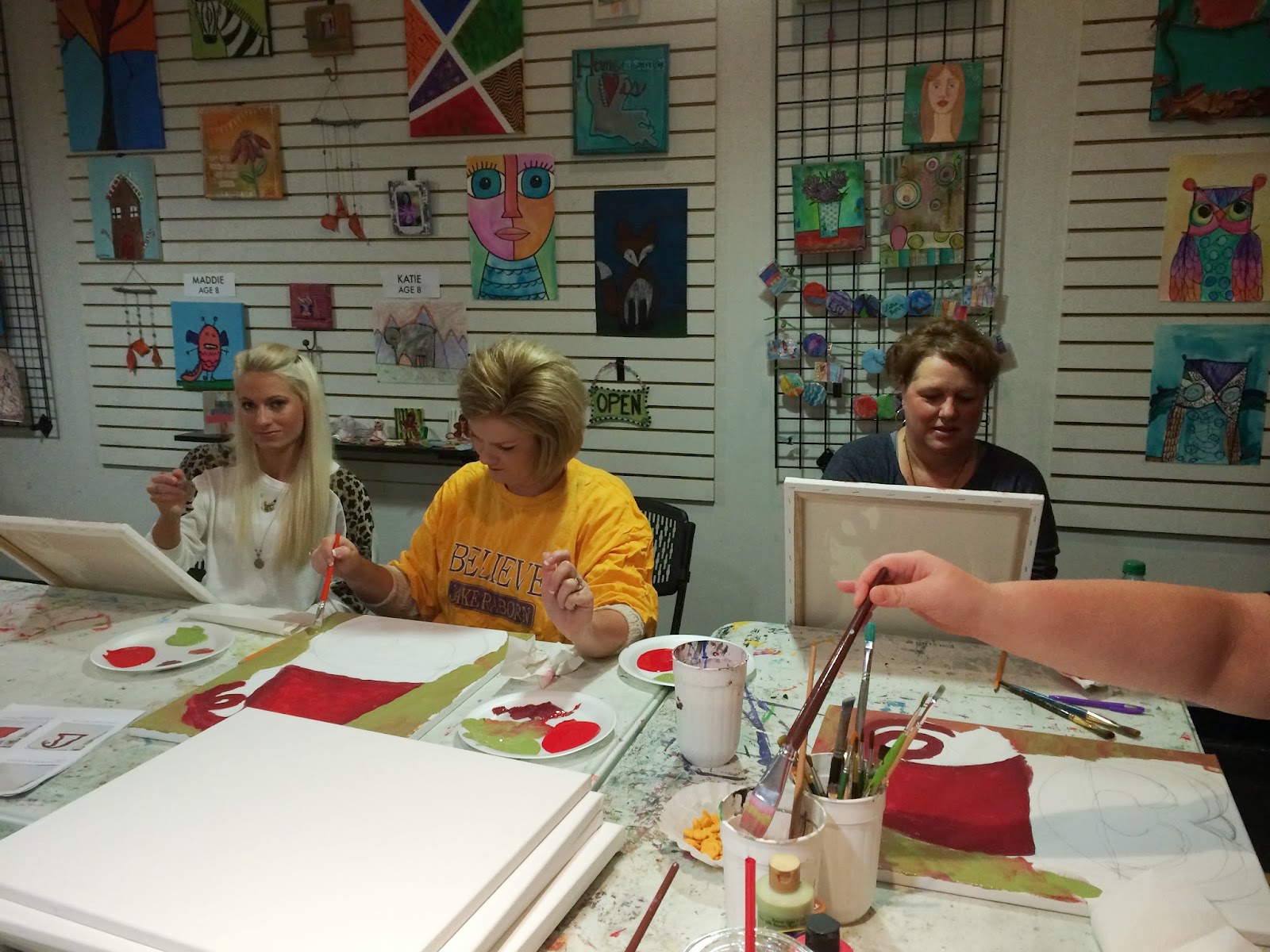 I was pretty much single-handedly in charge of about 20 women.  So, they had to have some degree of independence.  And boy did they ever.  And they rocked it!! 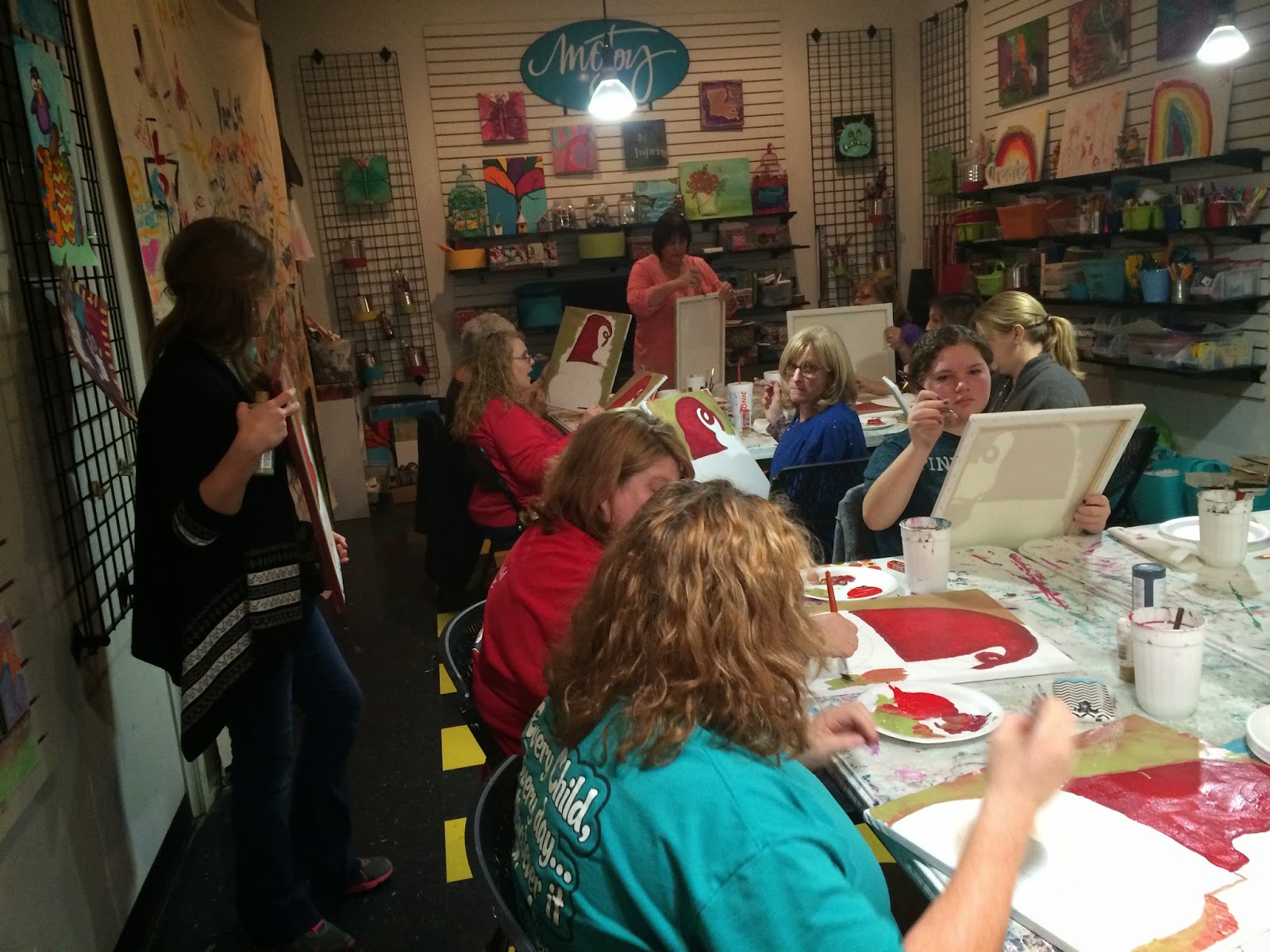 I love how every person is given the same instructions, but because each has her own style, they turn out so differently. 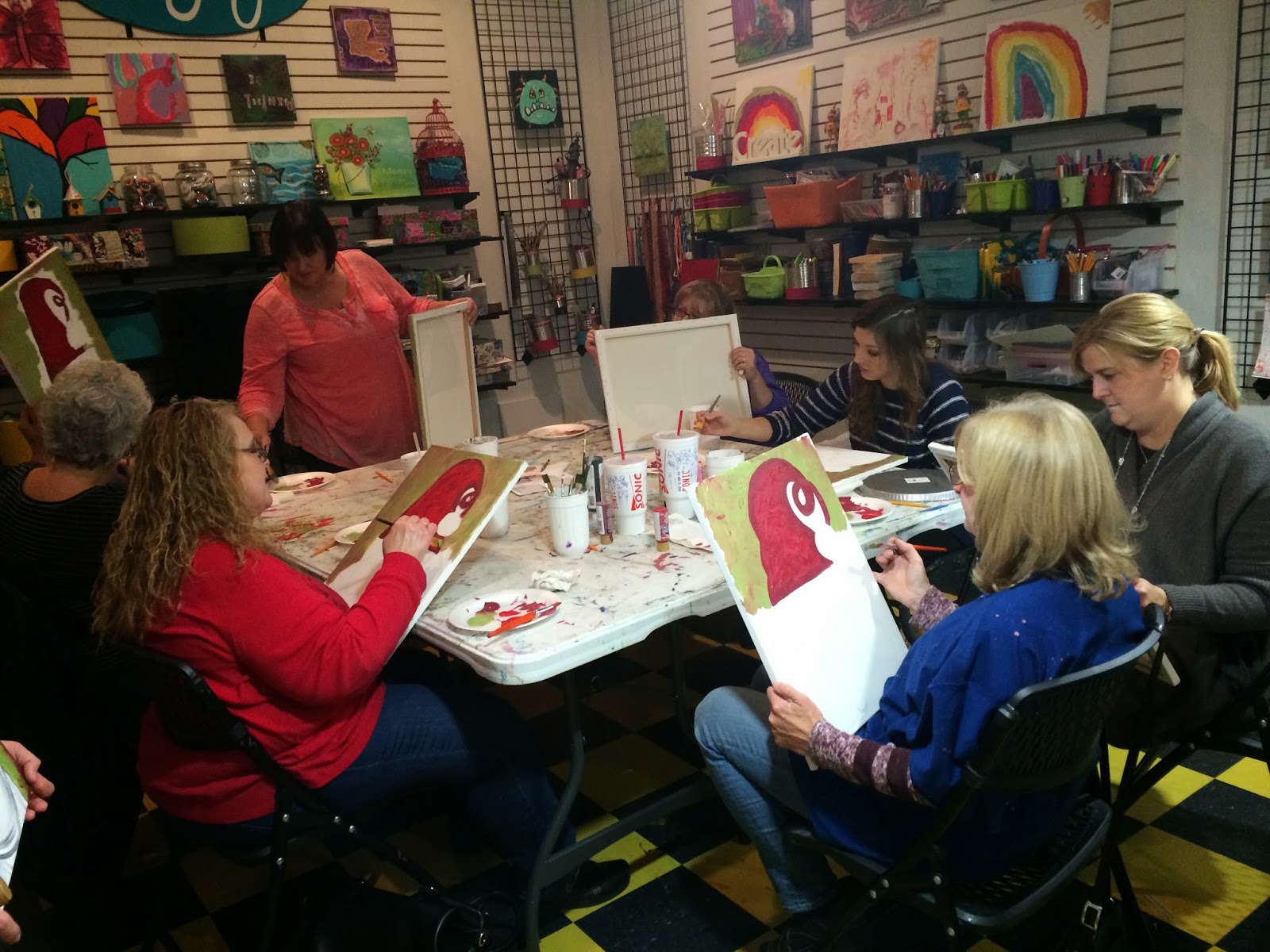 Some use strokes in the same direction.  Some like more texture and create strokes in all directions.  Some like it all smooth and flat and not much shadow.  Some loved to combine lots of colors/ shadows. 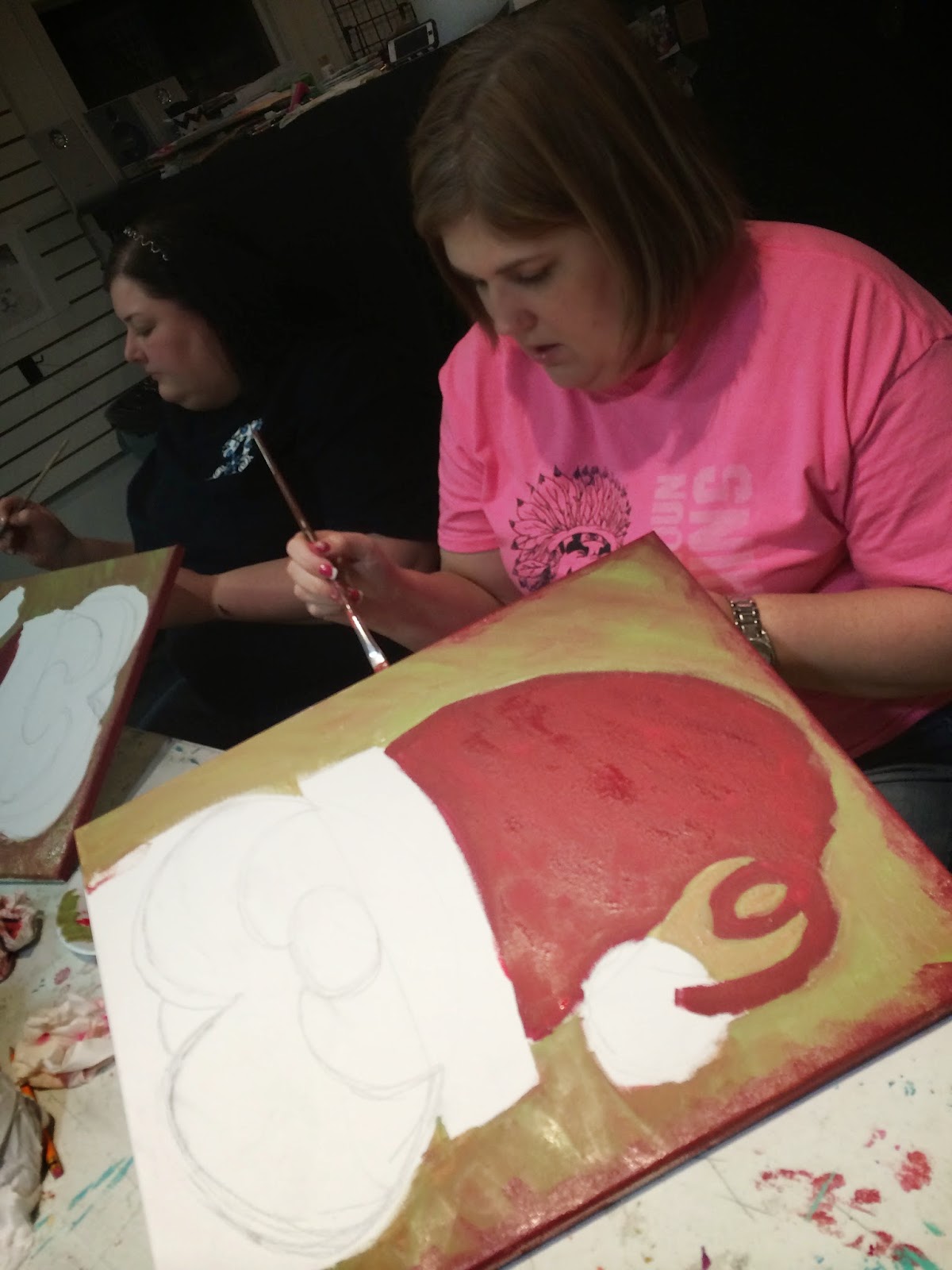 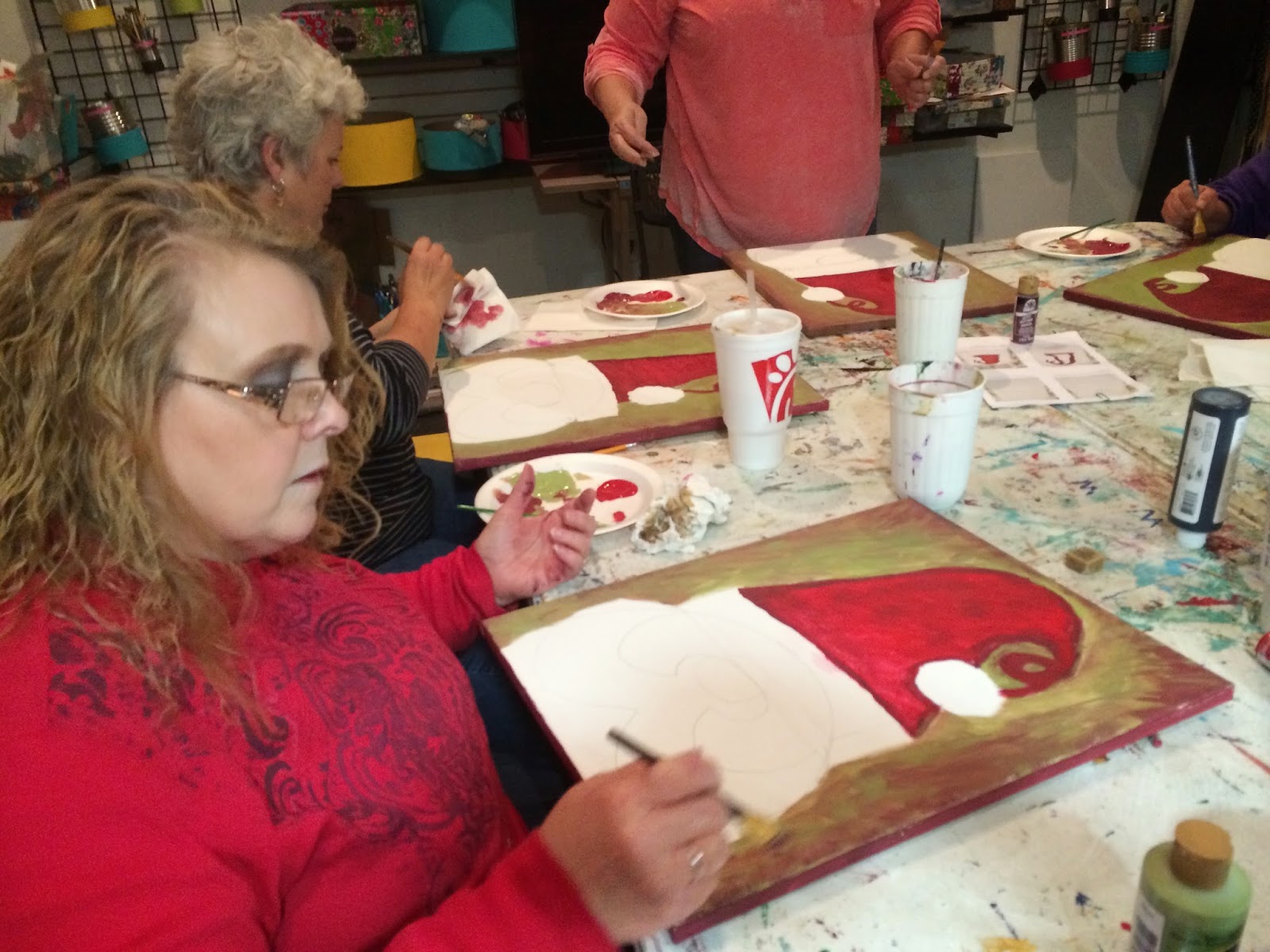 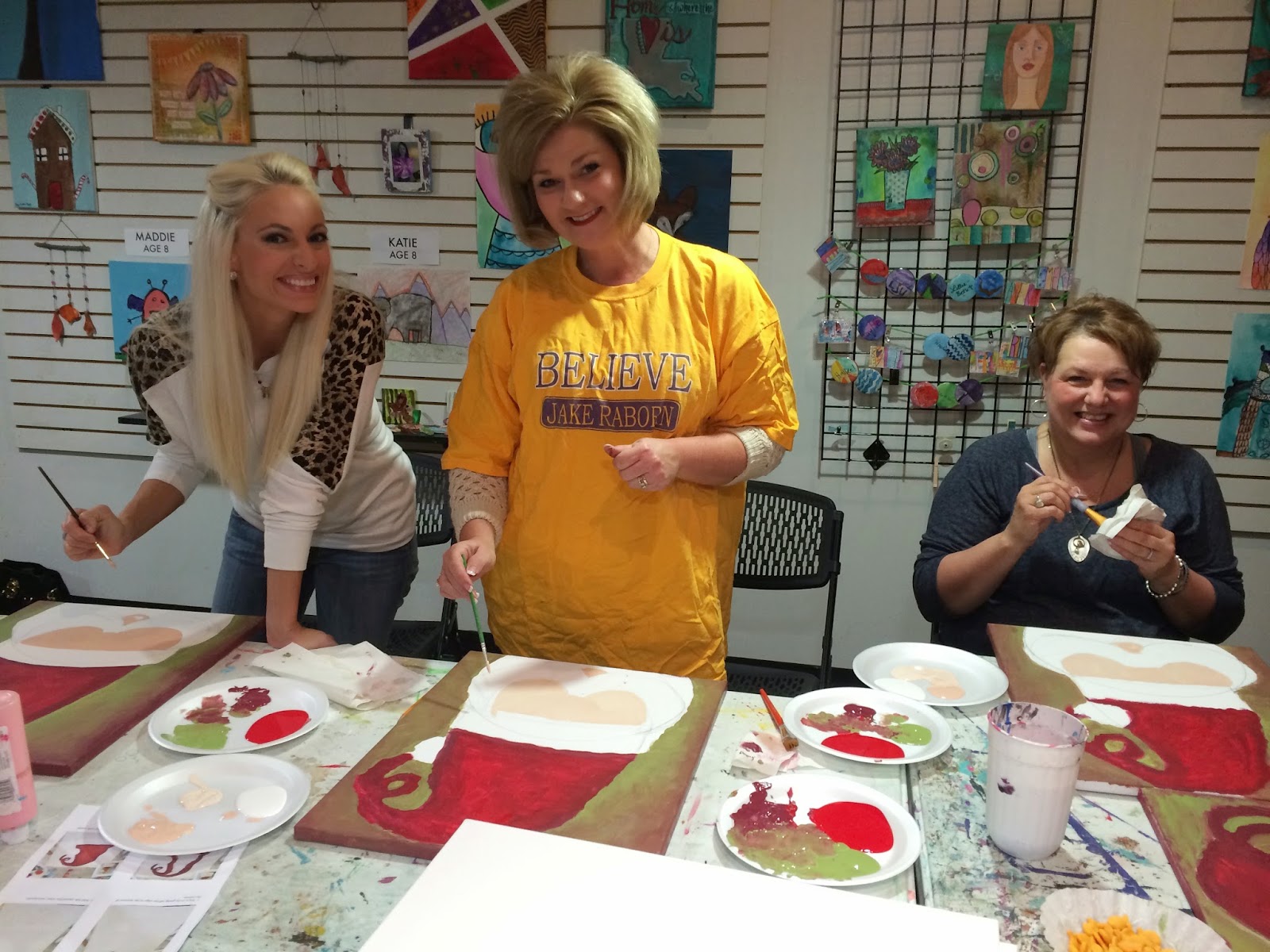 And one brought her sister and daughter. 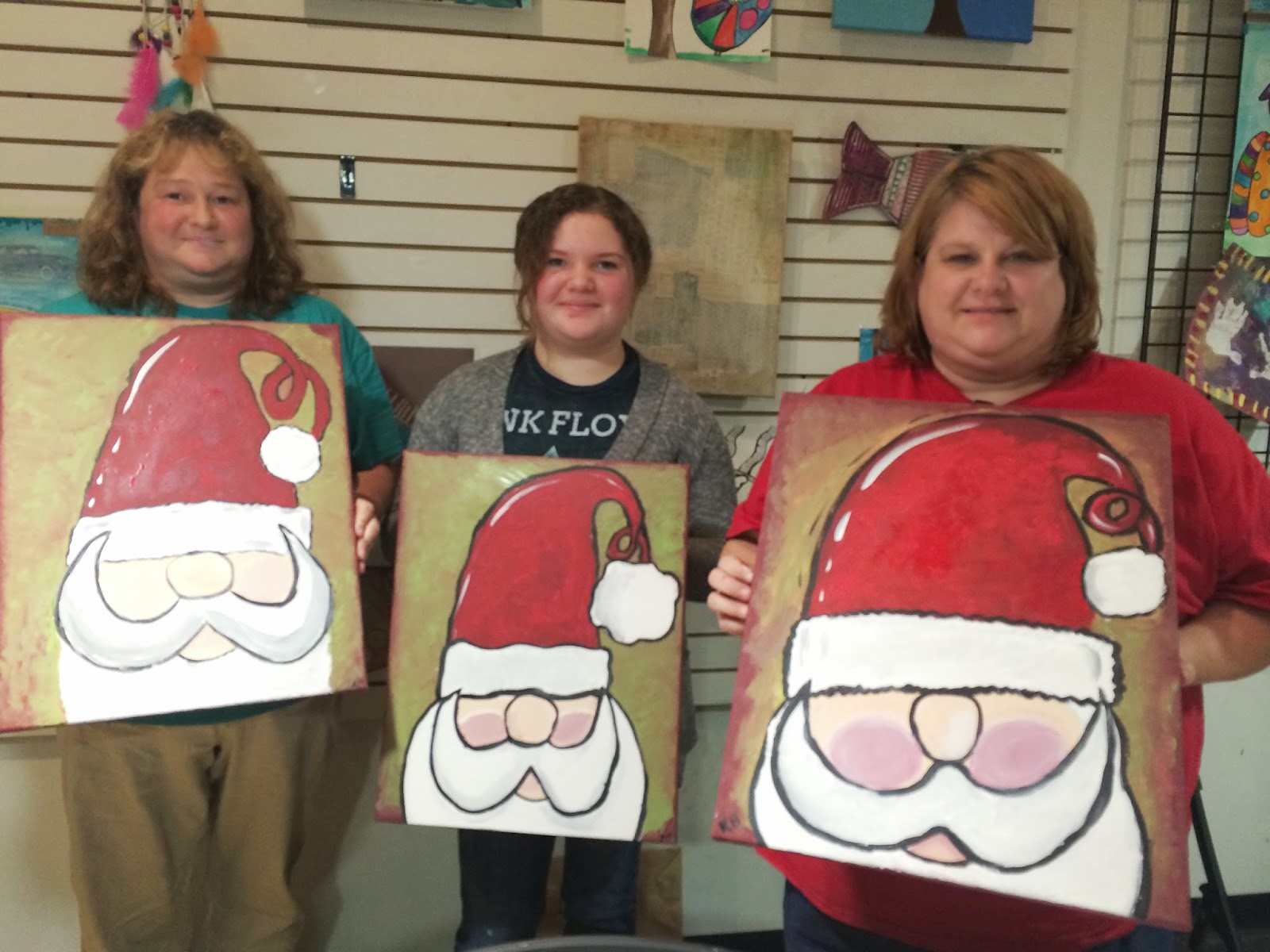 Would you look at the finished products?! 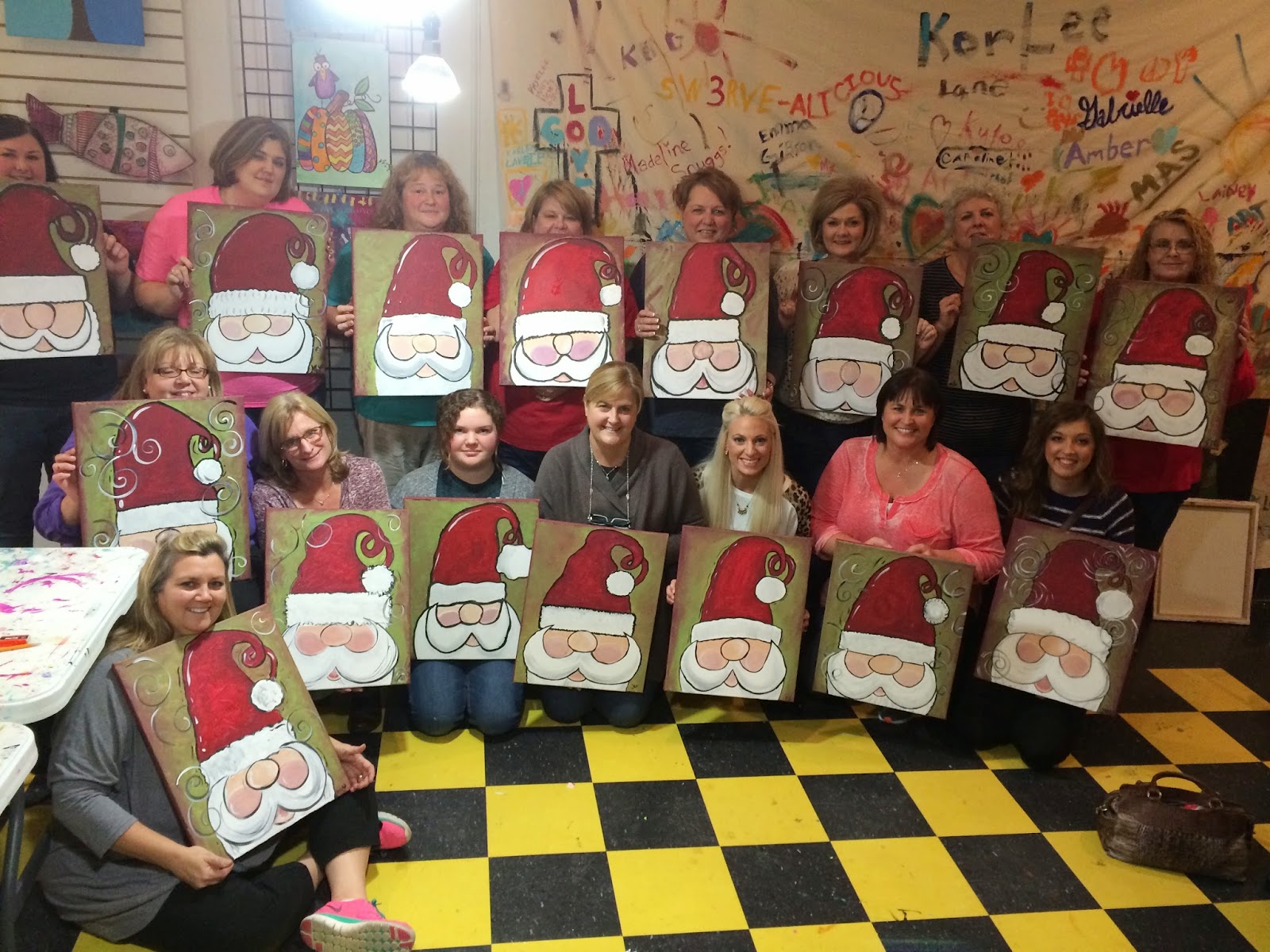 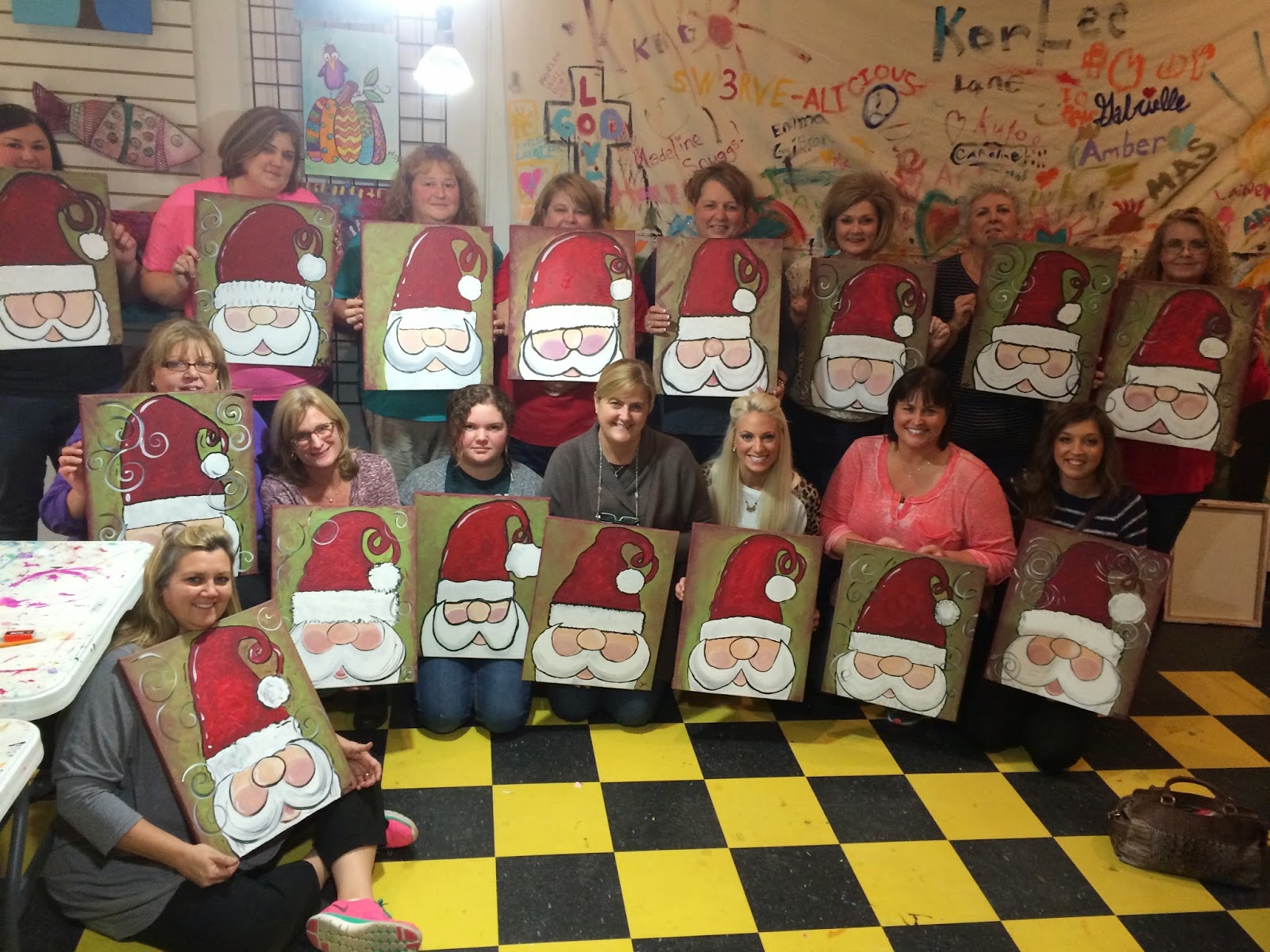 Seriously, I was so proud of this group! 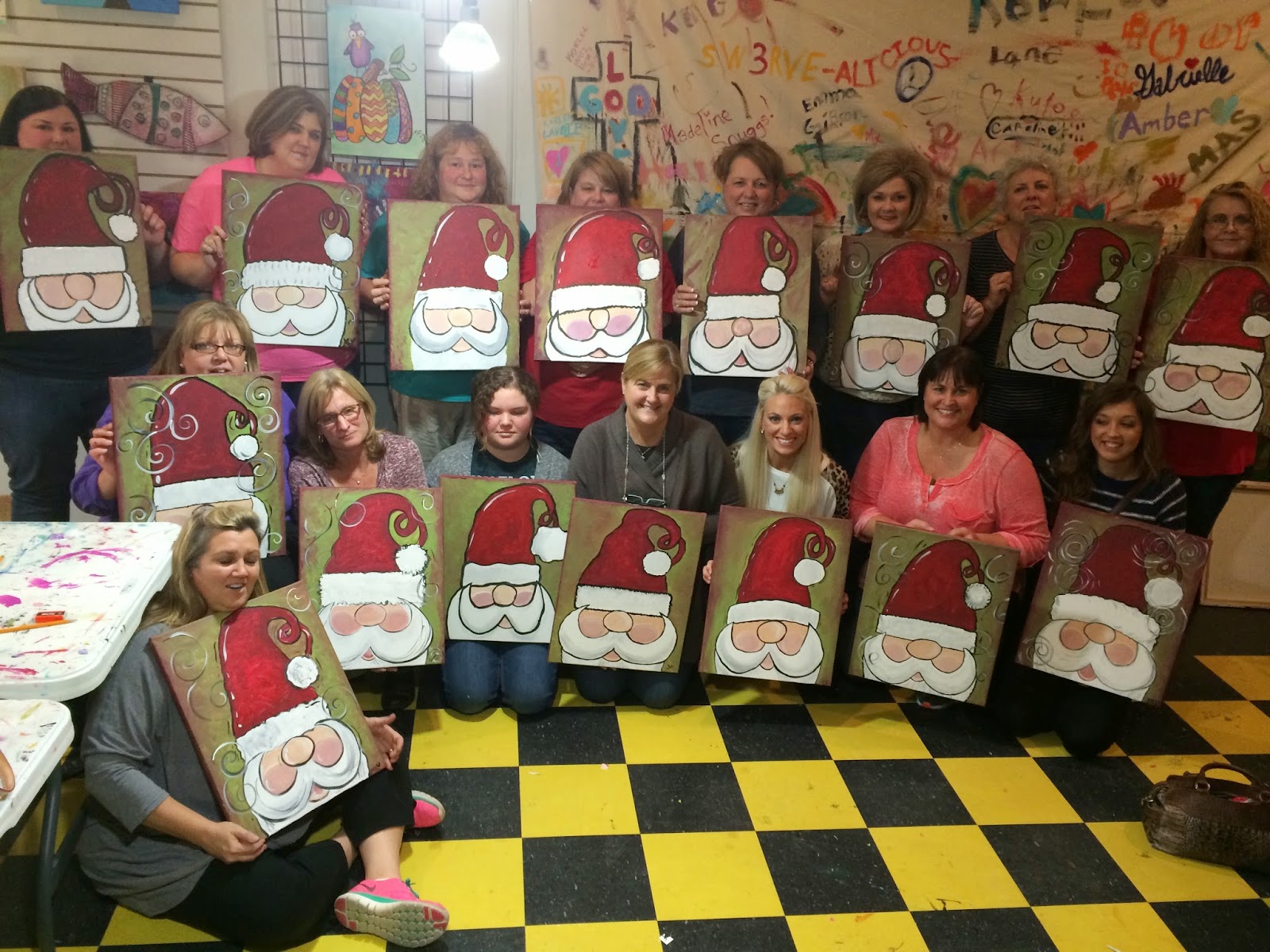 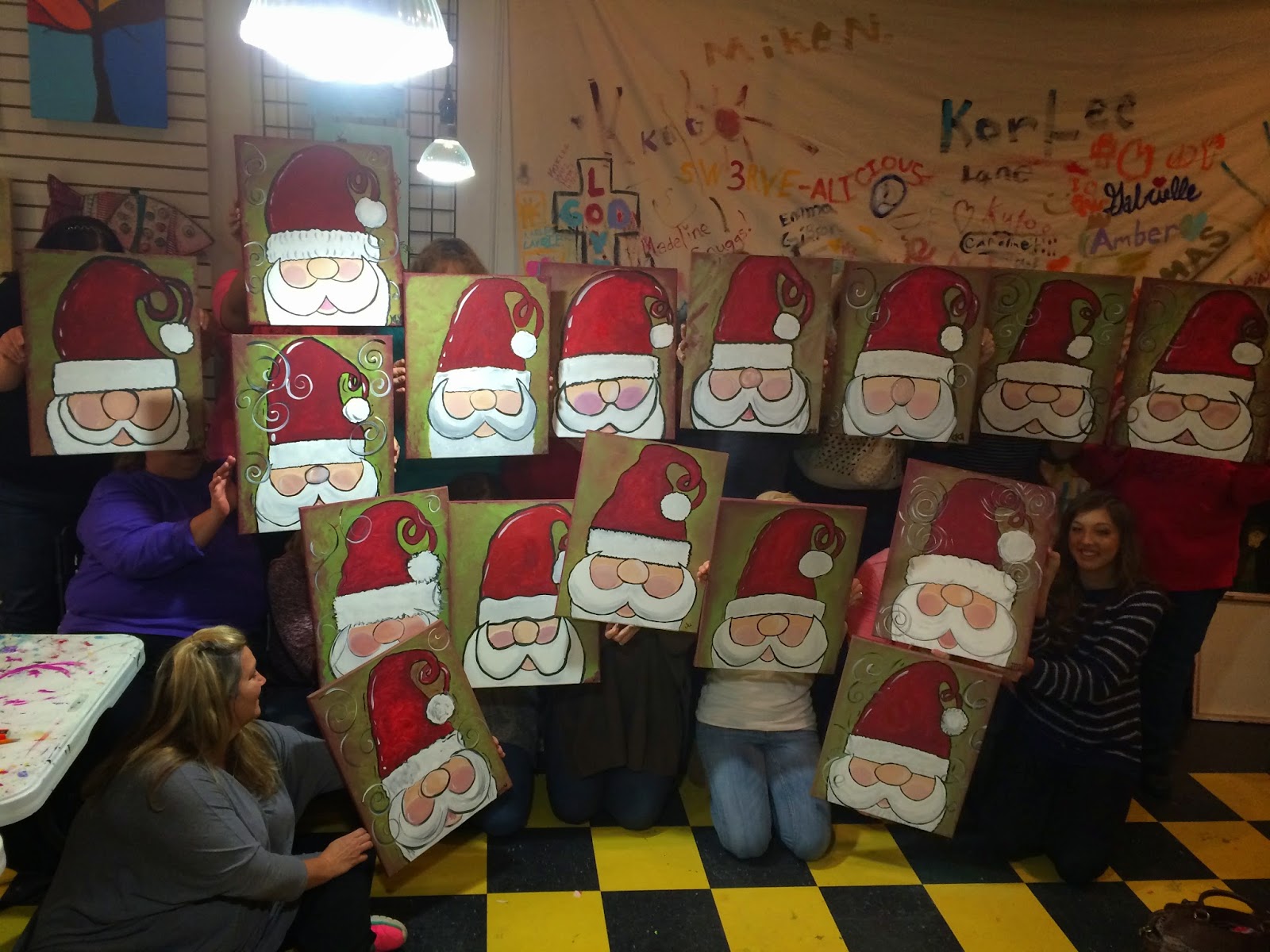 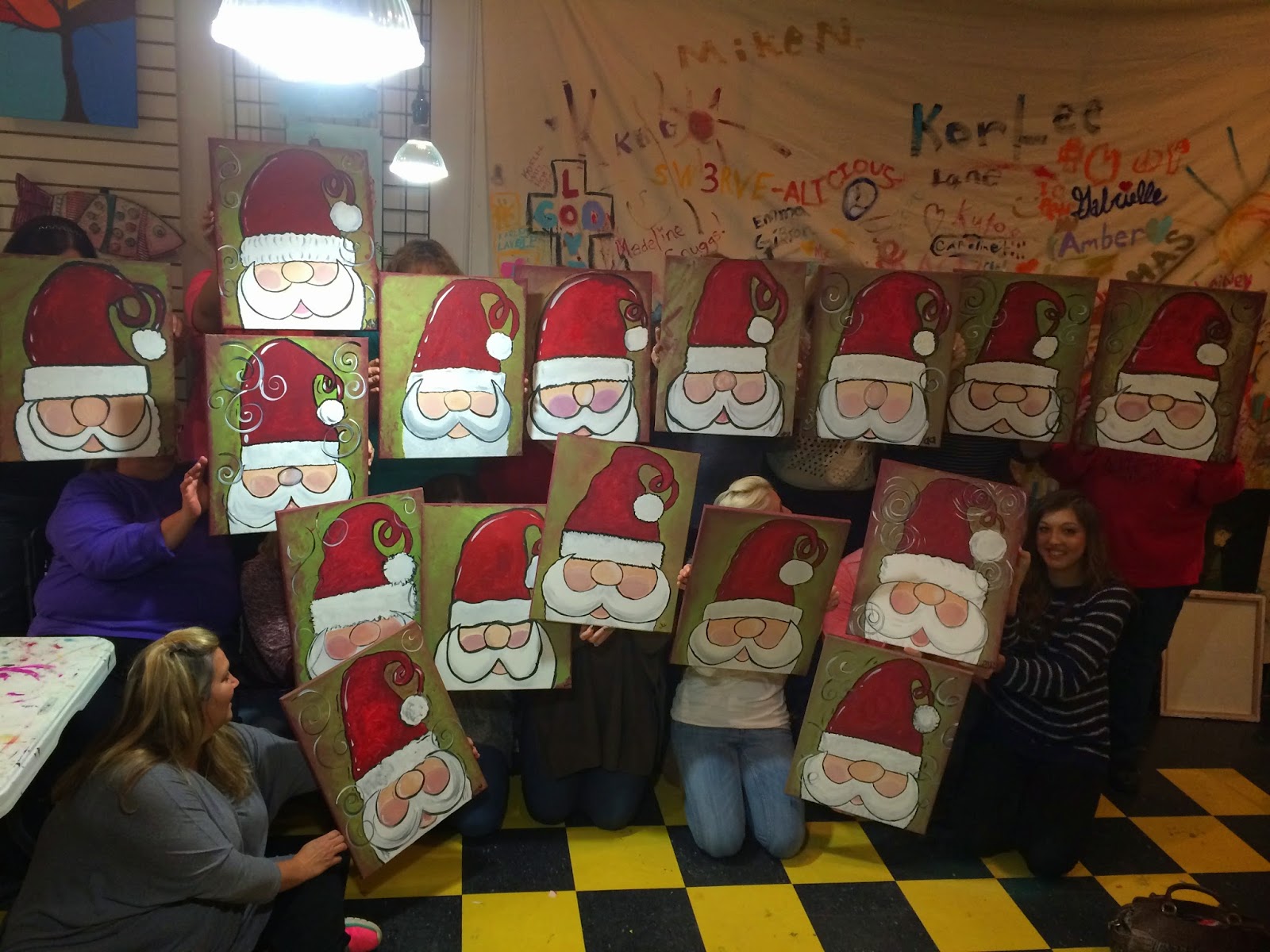 They are all just alike, and yet all so very different. 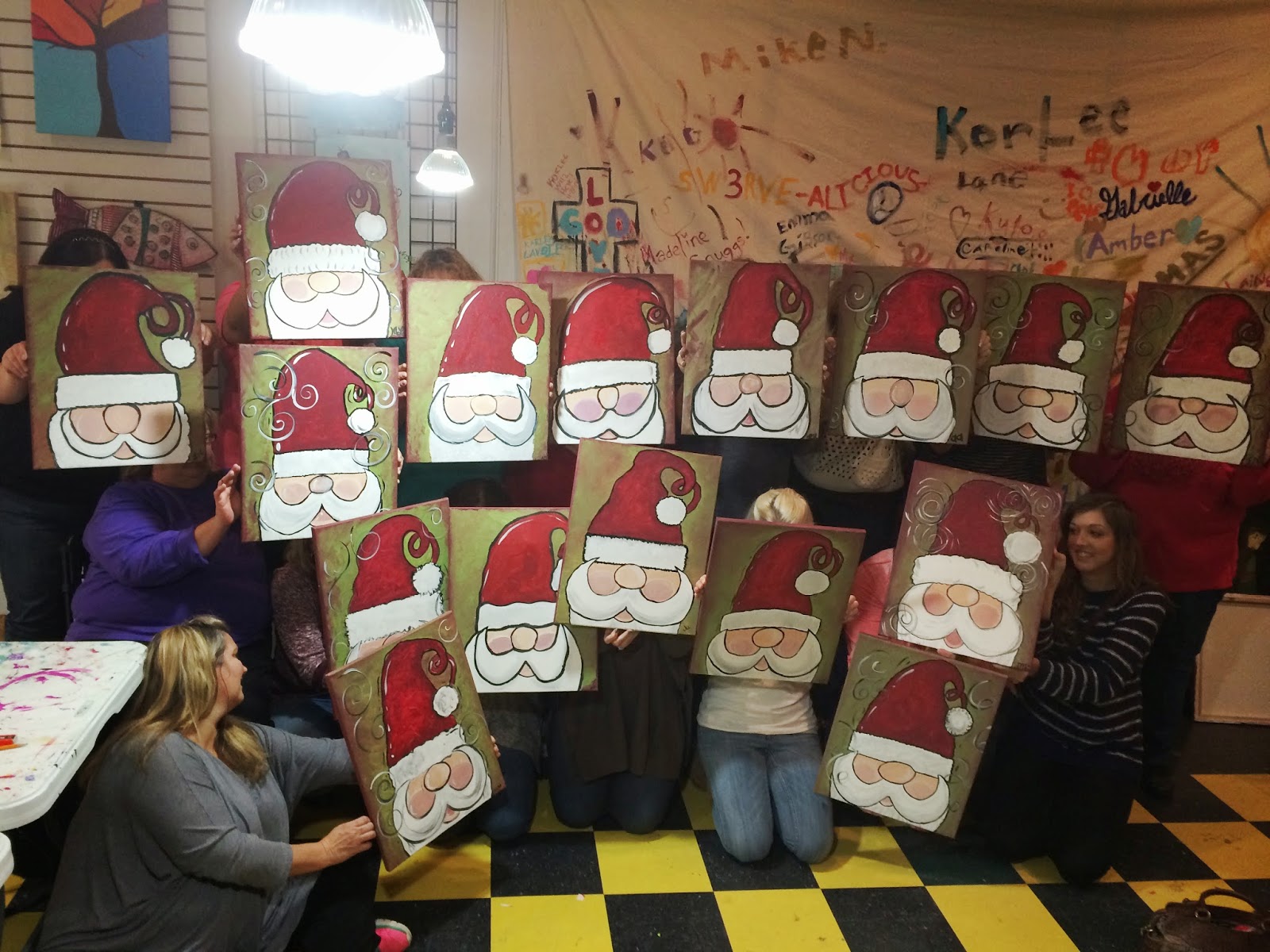 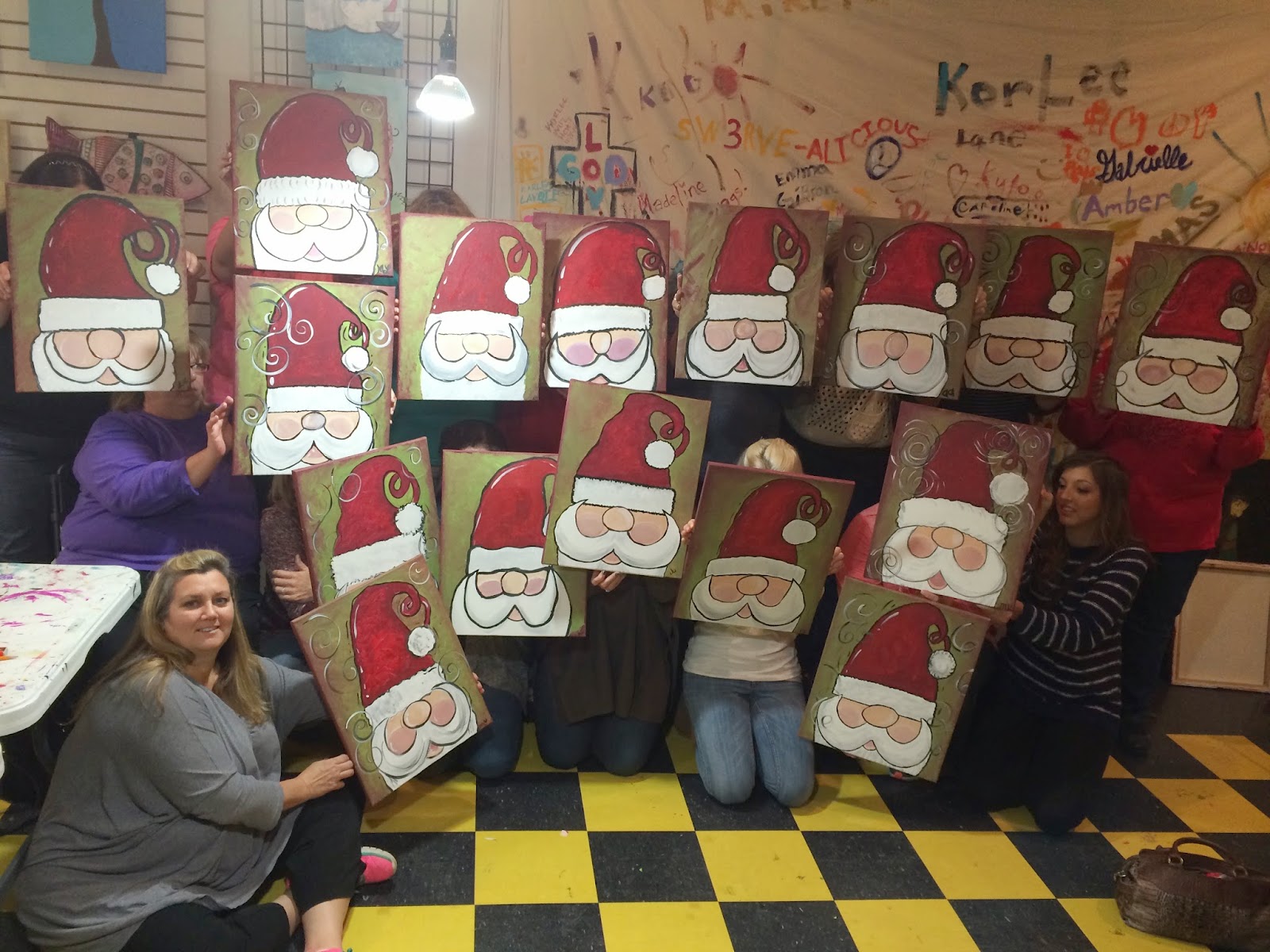 See?  Look at these up close.  One has thinner outlines and one thicker.  One has darker borders, one lighter.  One has lots of lines in her swirls on the edges. 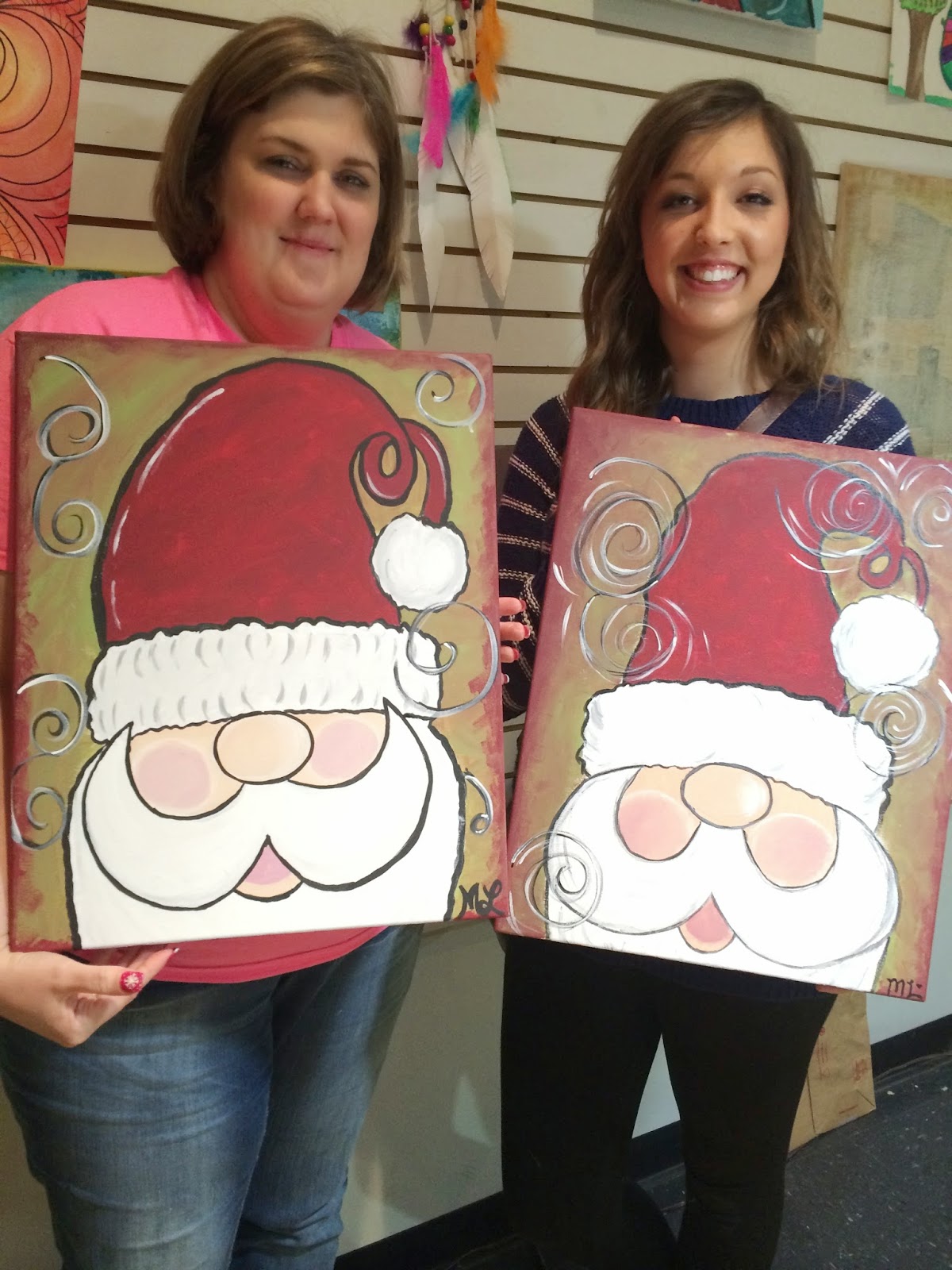 Even differences in the instructors' samples.  Emery's is on the left.  Mine is on the right.  We used the same exact set of directions to teach the class. 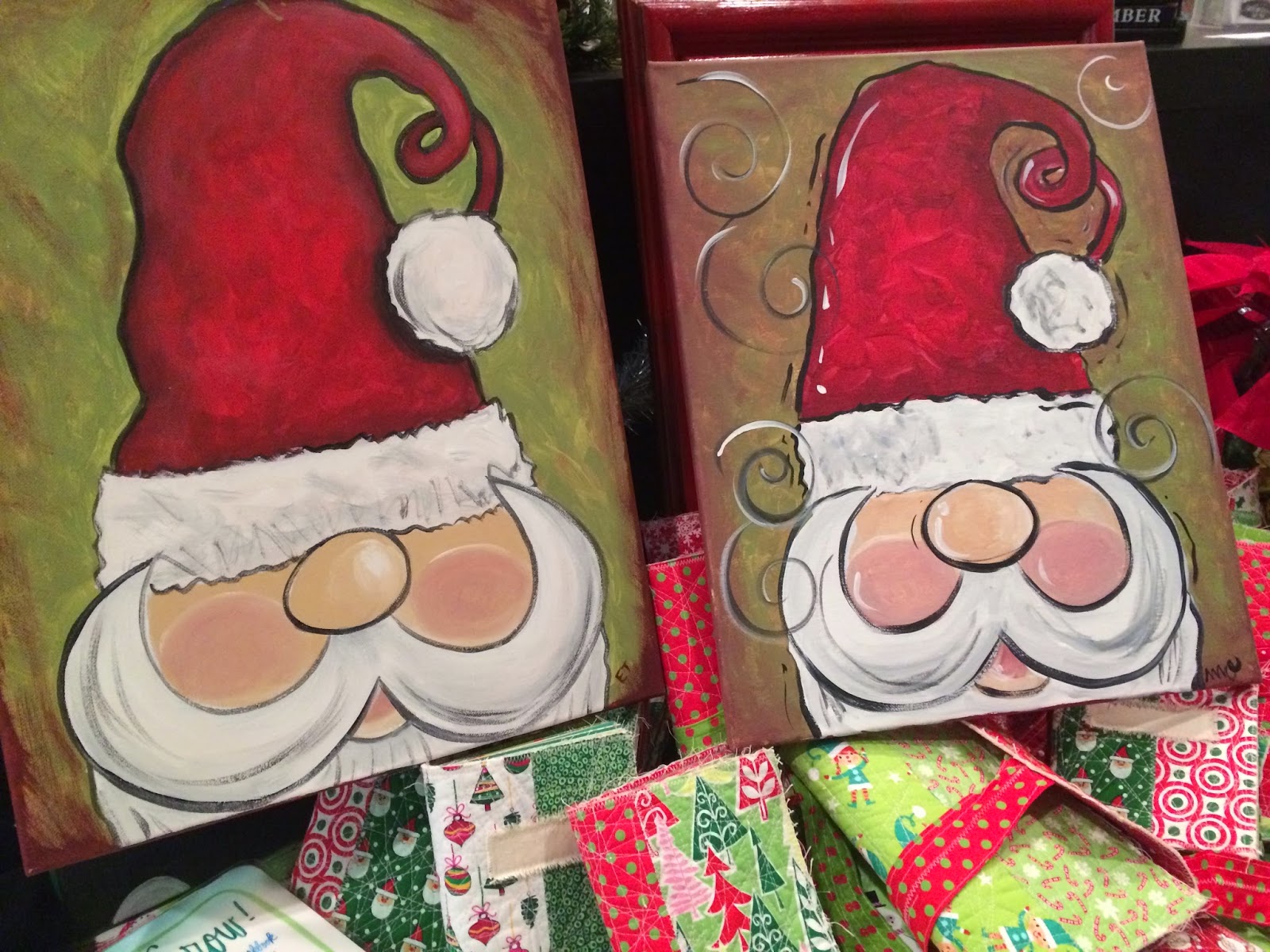 I think we'll be repeating the snowman canvas in January, but instead of holly and berries on his neck, we will be doing a wintery-colored scarf.  That way it can stay up for winter.

Other than that.. there was a birthday party this  Friday and another one next Friday.  One kid requested a ballet picture and the other wants...ummm... a horse maybe?  Dang.  I can't remember.  We also have two teacher parties at the studio this week.  One is for about 30 plus members of a faculty, and we are doing stamped jewelry as our project.  The other is for about 20 or so teachers, and we're painting canvases.  I think we'll do the ornament.  So... the studio is hopping!!  Lots to do and get ready for the upcoming classes in January.  If you think your kid might be interested in an art class, ongoing, after school, check the website for dates and times.  mojoystudio.com
I actually am thinking of doing a Creative Leadership class for women one evening too.  It is basically art journaling.  Really great food for our minds, hearts, spirits, AND creativity and art mixed in.  Now THAT is right up my alley!!  Sign up through the website if interested.  You can also purchase a gift certificate at MoJoy Studio to use toward many classes that will be offered in 2015.  I'm excited.  Big things coming for this little studio this year!!

I wish I lived in North La! That Santa canvas is so cute. Sounds like the decision to open the studio was a great one!!

Loved the three canvases you did. So glad the classes were well attended. I know you were totally in 'your element'. Hope to see you soon.

I really do love how each canvas is unique. That's one of the greatest thing about art. There's no right or wrong way to do it. Every artist's eye is different and even when the same thing is view it is seen in so many different ways. Even when you make similar canvases of the same item they are never exactly the same. I love that and I love to see that everyone is able to let their inner artist out and discover their art style. Keep it up - you are making a difference in the lives of others.

I really like these Jolly Elf Santa paintings! How FUN!