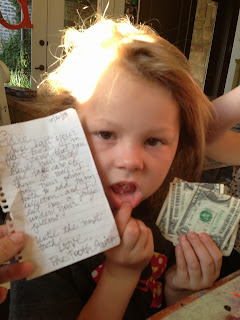 Oh man.  It was a cray cray weekend of teeth!  First, Miss Suzie lost her first tooth.  And of course, the tooth fairy came and left a note.  And three bucks! 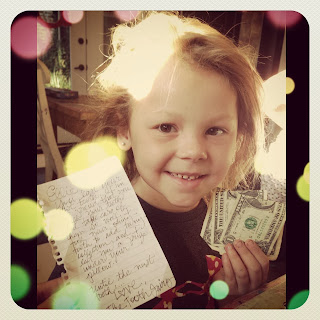 She was pretty fired up.  Especially since she fell asleep on the couch and the tooth fairy STILL knew where she was and brought her a prize. 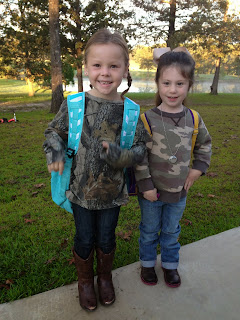 To say she was excited about going to school would be an understatement! 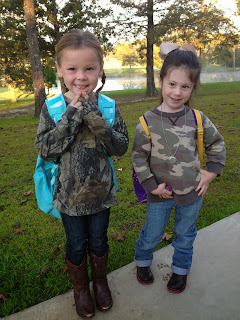 When she smiled, her bottom lip covered her new gap, so she felt she needed to pull her lip down when smiling! 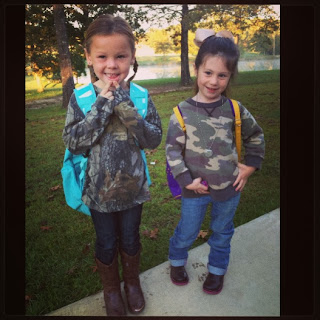 And lo and behold, when she came home from school on MOnday, there was ANOTHER tooth missing!! 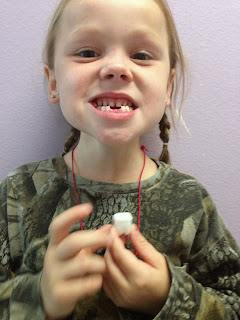 And she was wearing a tooth necklace around her neck!  Apparently, it's kinda a big deal to have teeth pulled at school, cause you get one of these handy dandy tooth holders! 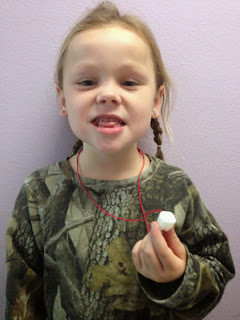 So, now there's quite a gap on the bottom row!!  So much so that Sre talksr like thisr.  All of her S's have a little R at the end, with the "wind" created by the pronunciation! 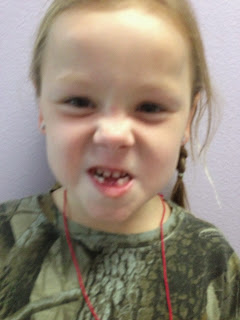 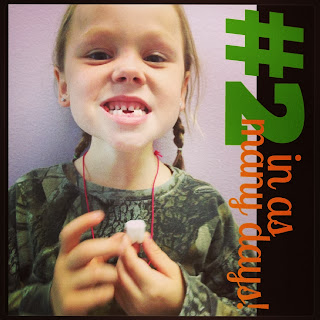 And I must say it is kind of cute! 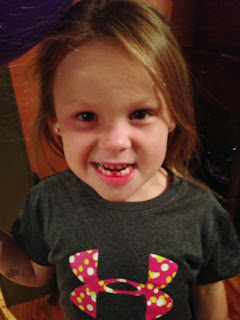 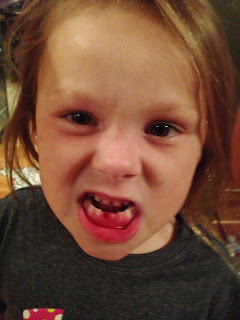 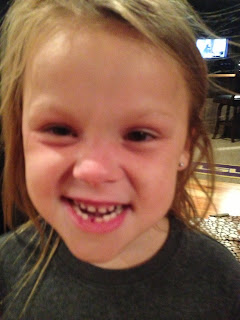 to TWO in only two days! 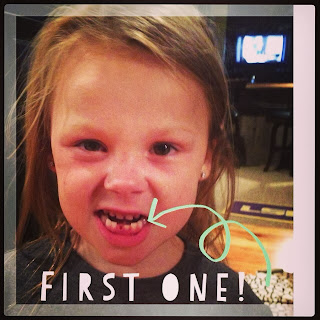 And Miss Suzie cannot get enough of looking at herself in a mirror or taking selfies!! 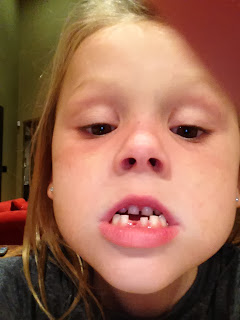 I suppose it is like a rite of passage into "preteen-dom" in her mind!!  She'll be wanting braces next week!! 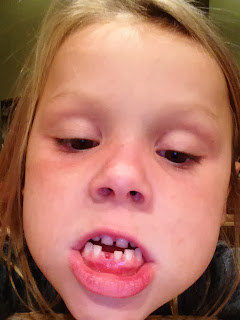 And just imagine the excitement when I told her the school nurse who adminisstered her eye test at school said she  will have to go see the eye doctor and might need glasses!  Can it get any "BETTER"!??

Ellie Sue is one of a kind!

She is a kick!! I love all of her expressions!

Ha! So many elementary school changes. She's a hoot!

Hi Mo ~ Just precious! I remember that I wanted glasses & braces too (and I didn't get either....) She will be in all her glory! She is just toooooooo much.
I guess she didn't cry when the tooth came out in school because all her friends were there (they usually save that drama for us at home...) so I hope you were spared that.
The girls are beyond adorable Mo - you hit the jackpot!!
I hope you have some plans on coming out to Denver this year (I have been waiting years already...) Let me know.
Have a wonderful day,
Diana from Colorado

Shouldn't have put that toungue in them there holes, Ellie Sue. No gold tooth this time!
Ever heard of that, momma?