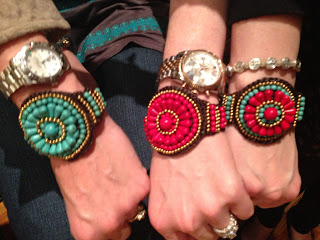 And so we did it again!  Another party was happening at my house, so again I pulled out my newest favorite party theme... "a favorite things party"!   The above were my offerings for the party.  I bought them in Tucson, and I stayed under the limit of $7. 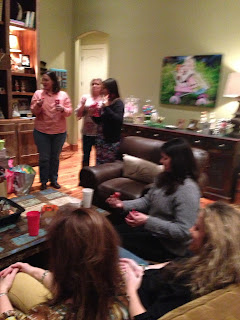 A few folks in the neighborhood got together and decided we needed to get to know each other.  There were some newbies, and they wanted to know their neighbors better. So, they contacted one or two who they DID know, and they decided to organize a group to expand on the number of peeps they could call their acquaintances. 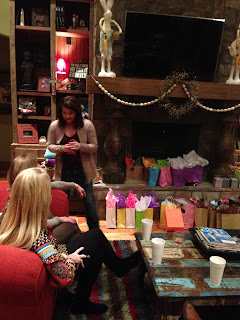 And that's how it began.  Rebecca, in the coral in the front, was the main organizer.  And of course, I offered my house. 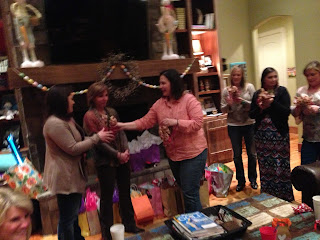 The main group was a bunch of you ask her and I'll ask her, and so forth and so on.  I asked my two next door neighbors, Paula and Shea. 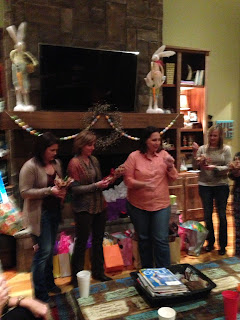 It was fun because there are lots of people in the neighborhood who I didn't even know.  ANd still lots more who I hope to get to know some other way later too.  I wish we could have had everyone here, but you know... we had to start somewhere. 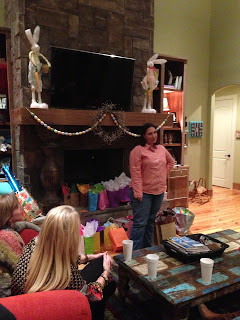 They also organized a book club, but I declined that one.  I have very limited "free time", and if I DO have some extra time to read (hahaha), I am reading my John Maxwell info to provide a good leadership meeting to my group on Thursday mornings.  It's a matter of prioritizing to me.  No offense to the book club though. 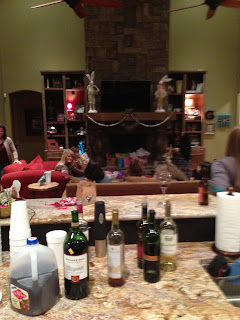 This is one of my new neighbors (right on the other side of Paula).  She is a nurse.  In fact, an OB/ GYN nurse, so we could actually probably have some good conversations.  Have I mentioned my most recent area of interest in PT?!  It's the pelvic floor.... let's just stop there. 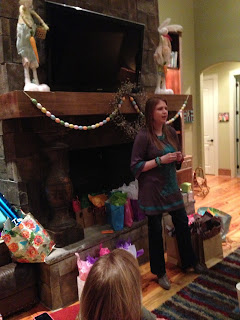 It was a fun night to meet, eat, and share our favorite things. 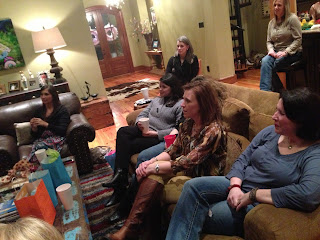 One person brought these "cheap" shades (because they HAD to be.. it's a rule!  Under 7 bucks!).  She said she keeps glasses in all areas, her purse, the glove box in her car, in her office, etc... all because she feels such glasses are a vital hair accessory for keeping her hair out of her face.  Good point! 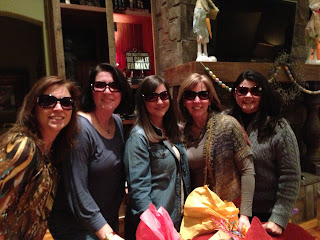 Here are a few of my new, and old, friends! 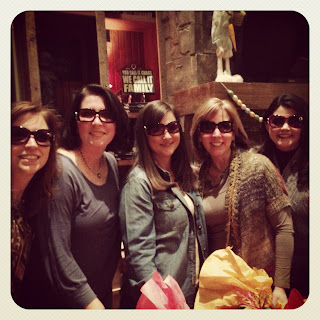 Everyone took a date in the coming months, and we decided to meet the first Thursday of each month. 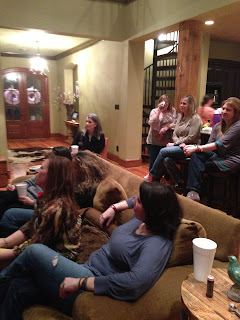 I think I volunteered to be the activity coordinator, so if you have a good idea for a party theme, shoot me a line.  I'll need to come up with 12! 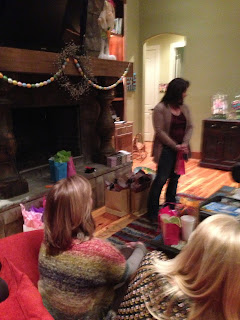 And as promised, there will be a blog a day for the next many, many days thanks to the pouring rain this past weekend, and my staying in the bed, holed up, watching OWN, and loading up those pictures.

What an awesome party idea to meet your neighbors! I'm not surprised you are the activity coordinator. Perfect fit for the job. Thanks for sharing.

That is a great idea for meeting your neighbors. Love your favorite things parties.

Love the favorite things idea. Nice way to get to know people.

A good time was had by all!
Rebecca (girl with the coral shirt)

A good time was had by all!
Rebecca (girl with the coral shirt)

i am sure that in la you are having much better temps than we are here in wv - we are supposed to have record cold tonight, so think of some things you can do outside. something silly and old fashioned. tea party with big floppy hats and croquet. organize a shooting class with someone to teach you how to shoot guns or bows.

i wouldn't think you would need to trade gifts everytime - just a time to get to know each other and fellowship with your friends. maybe theme the activity with some fun related to the holiday in the month. you will think of something grand i am sure!

I want to come to your parties! Especially a favorite things one!!