Ok, so the funk has spread through the house! Todd the Bod stayed home from work today. I was feeling a little bad first thing at work, but on a scale of 1-10 with 10 beind near death, I was about a 6. At the end of the morning, and I mean by 11 o'clock, I was a 9!! I was on my way to get the girls for dancing, and decided ON MY WAY HOME that I needed to go the doctor. And that's really saying something!! I never go to the doc! 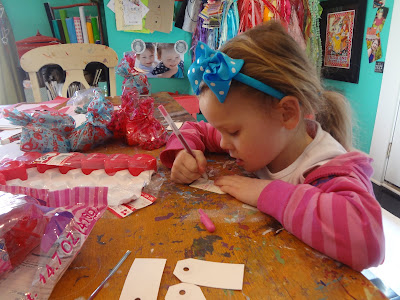 So, here we are... a steroid and Rocephin shot later, feeling better. BUT, I am taking the next two days off to rest a bit. 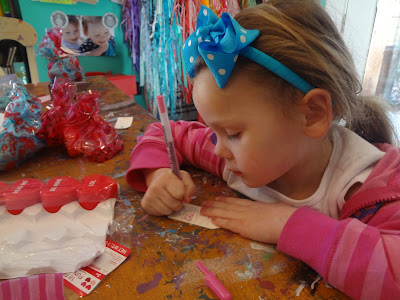 Oh, I also got FOUR prescriptions filled, so maybe I will for sho be much better soon.

OK, with all that, let's move onto my brilliant child making out her own Valentines. She actually put the candy and putty in the little bags, then used the ties to put it all together. 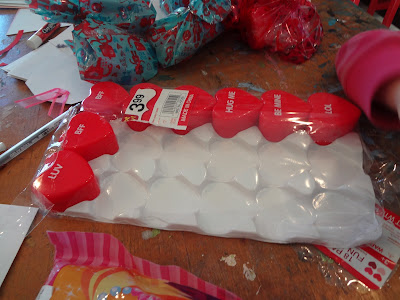 She took some of my manilla tags to write the names of all the kids in her class. 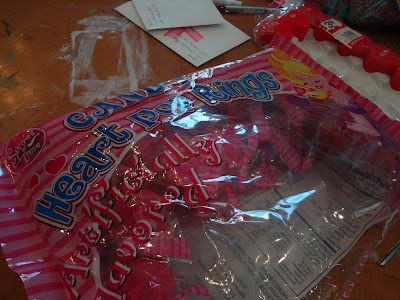 I am not kidding when I tell you she did it all by herself. I laid out bags of candy and opened the playdough, and told her how to fill em up like an assembly line. Then, I left the room. 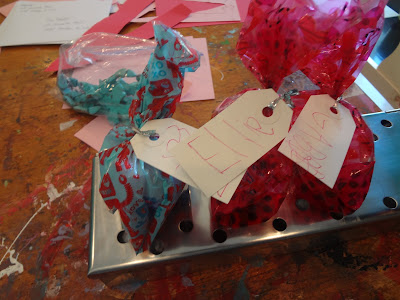 I came back, and my big girl had it goin on!! 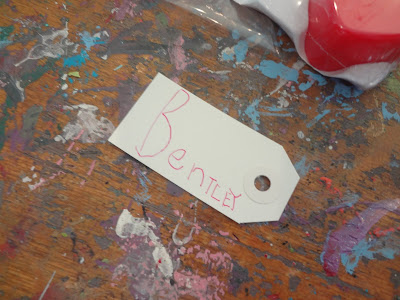 I love the way she appreciates independence. She has always been the "let me do it myself" type!! 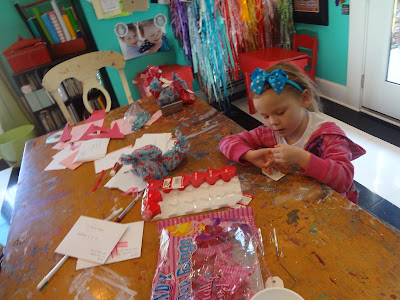 As she did that, I did this. I have SOOOO many old magazines I need to discard, but I don't discard until I clip. So, I started ripping and cutting favorite things. 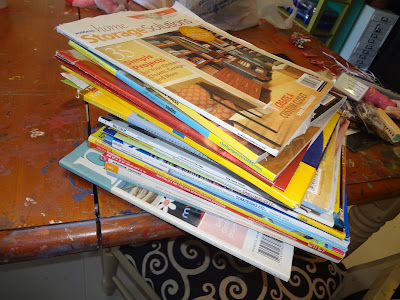 And after Valentines, Ellie brought her ballerina Barbie in there with us. She has gotten into ballerinas lately, and I love it. It's about the only thing she's ever done that she gets so into that she does not feel the need to have me sitting there playing WITH her. She just sees me as her number one playmate. And I know I am gonna be glad for that someday. For now, I'd like to sit a spell, clip those magazines, and watch that Lifetime show on my artroom TV. At least sometimes! 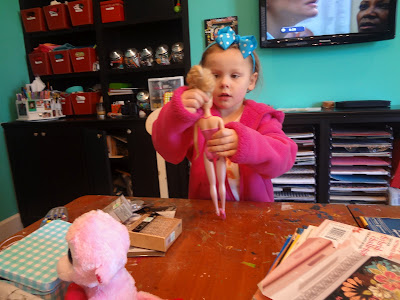 Then, in came this little tootie. 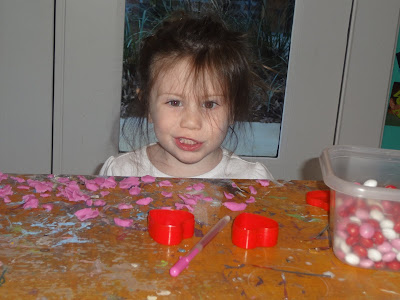 She had another agenda entirely. That girl LOVES her some" nim-nims"! 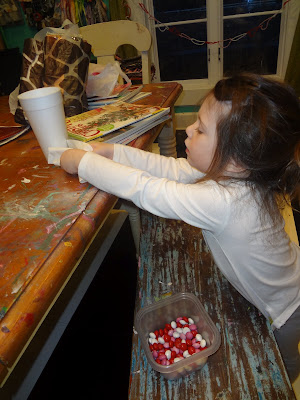 Just a good ol Saturday round the Groves house. 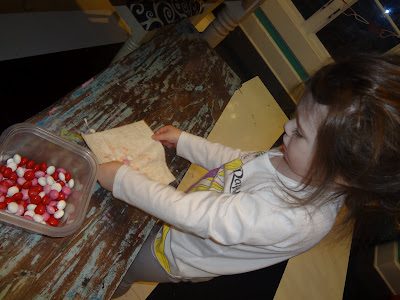 Hope the crud leaves soon! My chest has been hurting, hope it doesn't sneak up here!

Ellie is SO smart!!! I love an independent girl!

Happy rest day! I hope you're feeling better today.
I can't get over how intent Ellie is. She's a gift young lady.

Hope you and Todd are feeling much better soon. This stuff can put you down.

Enjoyed Mini Mel's valentine endeavor. She has it going on.

Take care and don't push it!

Take care of yourself girl....that "crud" is some nasty stuff. I went thru TWO rounds of antibiotics (20 days worth), almost back to back. Enjoy your "rest" as much as you can! LOVE THE VALENTINES....that girl is something else and I know you are one proud Mama!!.....huggers, BJ

I am so sorry you guys have the crud. It is thick here, too. I am staying away from most places, and practically bathing in sanitizer! Please try to rest as much as you can. Those girlies are precious!

Hope you're feeling better soon! I know that crud can be nasty! I doubt it will slow you down much. You have super powers!! Ellie's writing is better then my 3rd grader! Great job sister! Happy resting.

Oh my gosh Mo!!! I am answering phones at our local radio station doing a St. Jude radiothon and I just heard you telling JAKE'S STORY!!!! Feel free to call 800-339-HOPE

Would you believe we were sitting at the radiothon and listening to some heartbreaking stories they were playing on the radio and this very familiar voice came on the radio talking about little Jake! I gave my sister a big old whack on the arm and yelled "Oh my god, that's Melanie!!!!!! She's telling Jake's story!!!!!" I was so excited! But it was so noisy in that room, that I really didn't get to listen! So I'll have to listen again tomorrow, as they are taking calls from 6am-6pm again tomorrow for St. Jude's! What a fun experience! I'll definately need to come to Louisiana to join in on your fundraisers for Team Jake!
Hope everyone is soon feeling better!!