Ok, so it is no big thing for the kids in the neighborhood to come down to our house to do a project. And Ellie ALWAYS wants a friend to come over to engage with her!! Lately, it's been the same request... 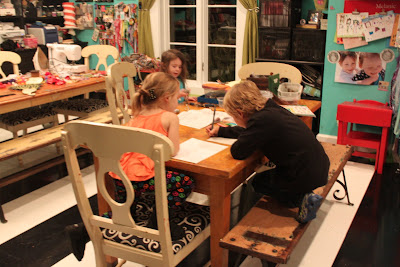 BRYCE! She goes to daycare with Bryce. And he lives in our neighborhood. Nevermind that he is in the second grade!! Nope. Nevermind that!! He is her favorite person lately. 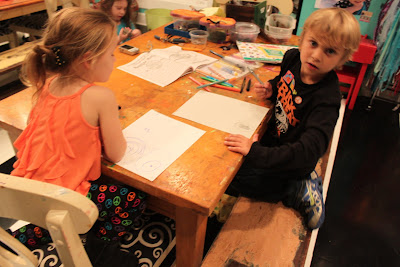 And I'm not even about to say the "b" word, but belive you me, my FOUR-YEAR-OLD says "boyfriend" fairly regularly. I don't condone it. I don't even acknowledge it much, because with Ellie, it's best not to make a big deal out of something that you'd like to see less of. I am NOT referring to Bryce, by the way, but I AM referring to that whole "boyfriend" idea. 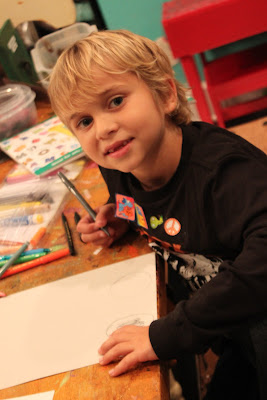 I don't even know where she gets it. I think you can imagine that I don't have a boyfriend! And other than Emma and her cronies, we aren't around any "big" kids. But, that kid can SOAK UP big kid lingo for sho! 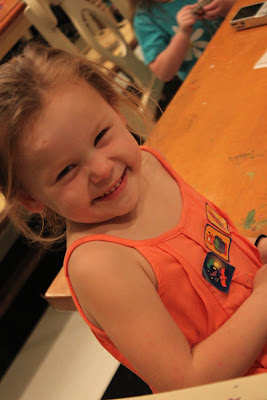 And I gotta admit, he is a cutie pie!! As for now, we'll just have our "FRIEND"over to hang out and do art with us on Sundays. 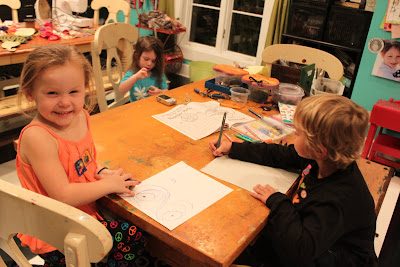 So funny....are you sure she's not already 21 (in her little mind?) She absolutely amazes me, she is so precious. For sure, she will keep your life "interesting" for many years to come.....and I hope you are still blogging then.....huggers, BJ

Ohhhh, look how stinkin' cute she is in that 2nd to last picture. My oldest went all through school with many friends who were boys, and it worked well. She always said there was less drama when they all (guys and girls as friends) hung out together. Super cute girls aside, who wouldn't want to come hang out at the BAH.
By the way, did you get your 2012 retreat dates set?

Whew---that girl is a MESS!!! Just look at that face! She's probably always up to something..hahaha. I believe in her mind she's already 21 or so. Oh girl, you'd better be ready when she's a little older--she's gonna give you and ol Dad a run for your money :)