So, did I mention that Jake Owen Raborn Foundation was the "host" or maybe the "sponsor" or oh, I don't know.... something... of the opening night of the ULM baseball season. (University of Louisiana at Monroe) 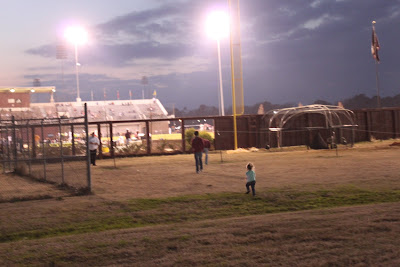 I love it that this little boy is still being remembered and still touching lives. 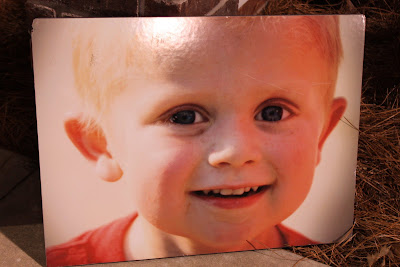 And these two fruit loops act like they are spokesmodels for juice bottles! 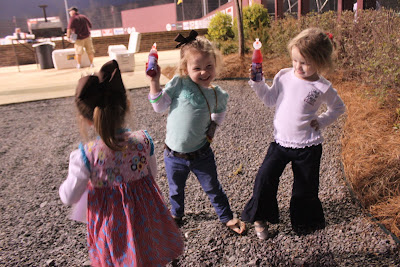 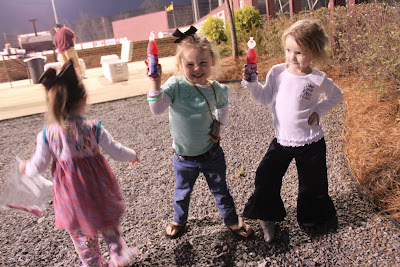 We had our characteristic lime green and black balloons. 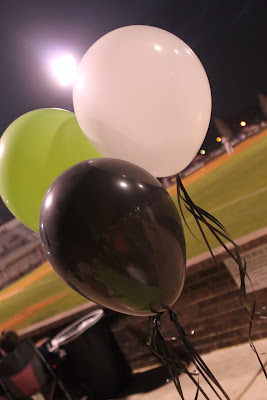 And Jake's mama was there to lend support! I think she went out with Shelbi to throw out the season's first pitch. 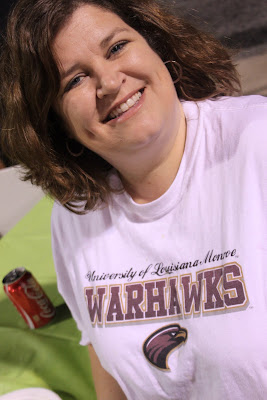 We had some signs around to show a few of the kids who the foundation has supported over the years. 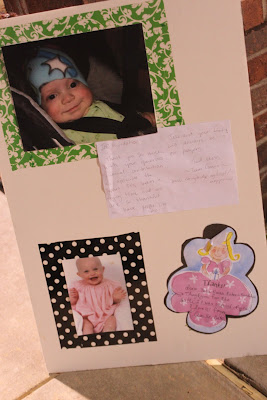 Maggie and I stopped to pose for a photo. 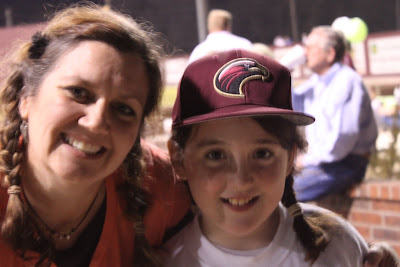 I scrapbooked these posters a few years ago, and was surpried to see that someone had added that this precious boy is now an angel. I hate that! THIS is why we gotta keep helping these families. 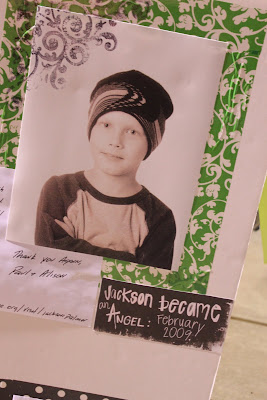 There's cousin Jordan. Chowin on some ribs, I think. 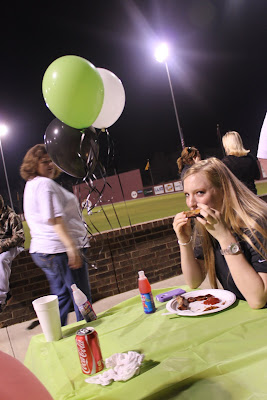 These were given away to anyone who wanted one. 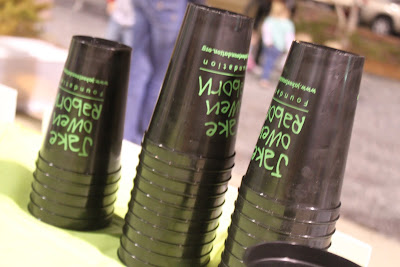 ANd guess what... not only are these two committed to supporting the JOR Foundation, but also they read MoJOY!!!! Yippeeeee. 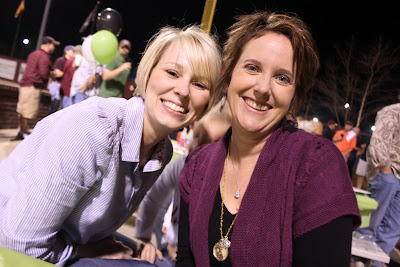 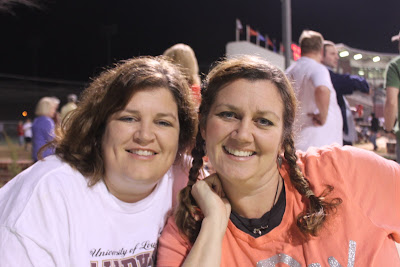 And of course, Gabbi Girl was attracted to the big furry Warhawk, Ace. 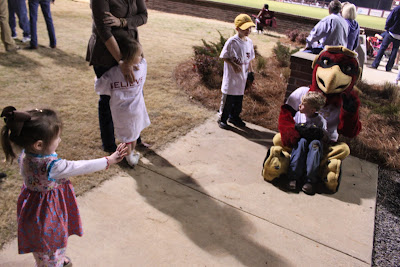 She does LOVE a furry creature. 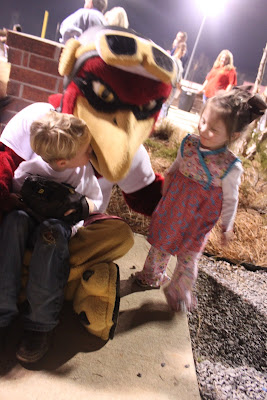 Ellie and Maddi were fine to stay far away! 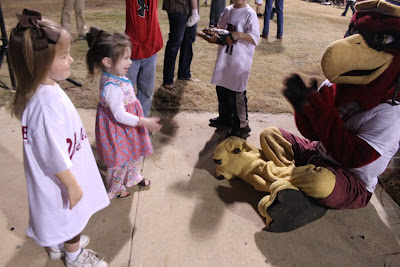 And these are three more friends. Did I ever mention that Polly (in the red) refused to take any money from ANY of our family... me, Staci, Hunter, Hayden, Todd, Don, ... for getting our hair cut or colored or anything for the entire duration of Jake's illness. She said she didn't have a lot of money to give, but what she could give, her time, she would. How sweet is that?! She would also occasionally give us all kinds of salon quality shampoos and mousse and such. She made several trips to St. Jude to visit Staci and always took a care package. 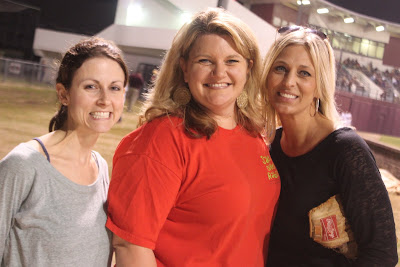 We had a really good showing. Instead of Where's Waldo. Can you tell me Where's Todd-o? 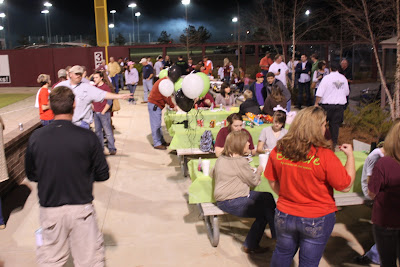 All of these people were out and in our gathering area to support the foundation. It's gonna be a good year! 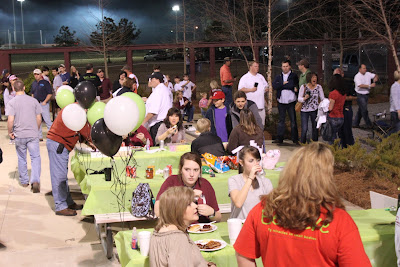 Marina looks like a pack mule. I suppose that is what it looks like when you have three kids and a husband to tend to. The mama gets to hang on to everybody's stuff! 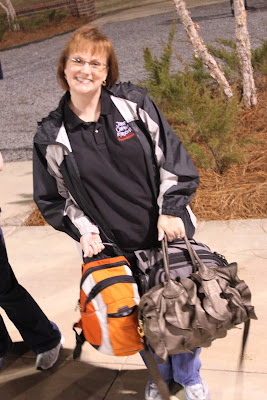 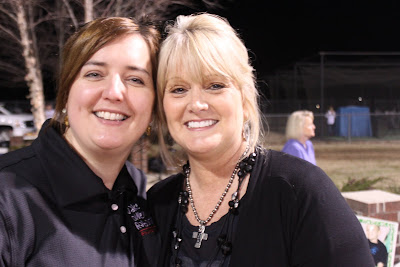 She has a big job coming up, as she is in charge of Shake 4 Jake which will be held June 25th. Mark your calendars! It's gonna be FUN!! 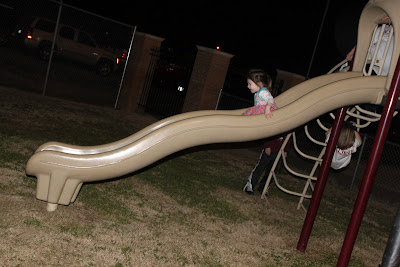 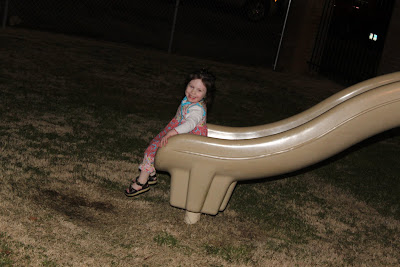 There is a playground at the ballpark, so the kids had a ball! Check out the tee shirts. #11 on every one of them! 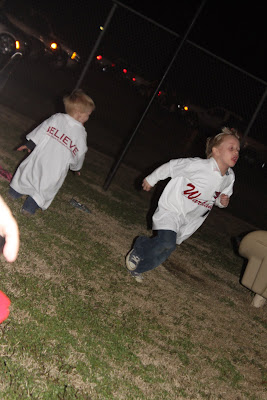 It was something special to see all these little ones running around with JOR shirts, BELIEVE and 11. Cute! 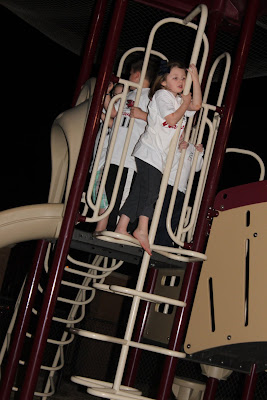 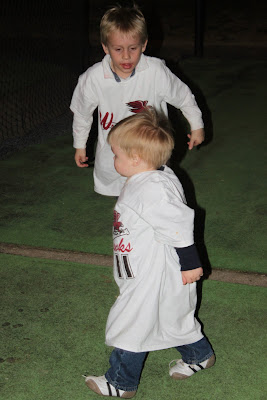 and #11 was up to the plate. ULM is NOT picked to be very strong this season, so a win tonight would be an upset! I saw that #11, and no joke, I KNEW he'd win it for them!!
Base hit, and ta da.... victory to the Warhawks!! Thanks to #11. Another sign that Jake was with us and that he wanted us to know it. 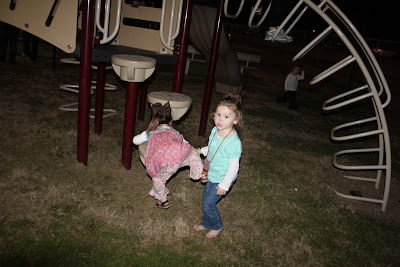 Ellie was quick to tell me that she was taking care of her sister by staying behind her while she climbed up. 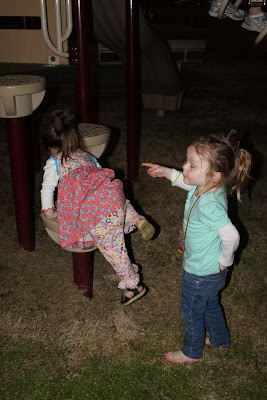 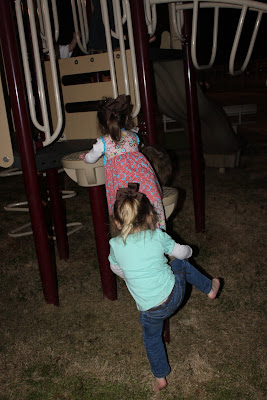 So, there you have our first JOR event of the year. If you can think of something that you may could contribute to the silent auction, we are taking donations. The earlier the better, because we can put it into a grouping with other like things to make a big package! Just contact me via email if you have an idea! Last year, a blogger gave a big hunt which went for big bucks! Ha. Big bucks for big bucks! Get it?! Thanks, Nena Beth!

looks like a great time was had by all!

Thanks Mo!! U know I love ya...and I'd do anything for that sweet Jake! This is gonna be a good year!!

Great 1st event! That brought tears to my eyes! Loved the part about #11 at bat and he had the game winning base hit! That gave me chills! Love what the foundation does to help kids with cancer! What a blessing!

such great participation for a great cause!

Love the 11 stories! I truly BELIEVE Jake was definitely in the midst.

Should be able to do another hunt this year so you can get bigger "bucks"! Tell Don to call me!!

I hit publish too soon. What if we donate a hog hunt too? I will give Don the details.

Glad to be associated with such a fine organization. Thanks for the shout out!

I just had to comment...that picture of Jake and the picture right below of Ellie, they look so much a like.