Heeeeeeyyyy, who's that over there?! Gabbi Girl's got her eye on him! 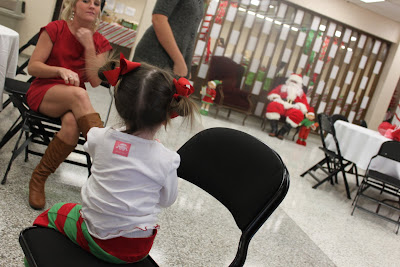 And quickly she called her sissy over to check it out. So, sissy, whatcha think? Should we approach the man in red?! 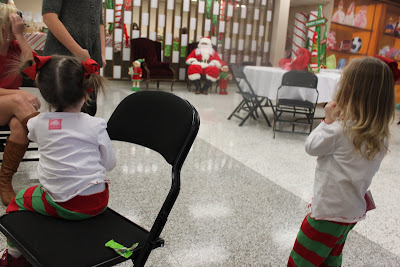 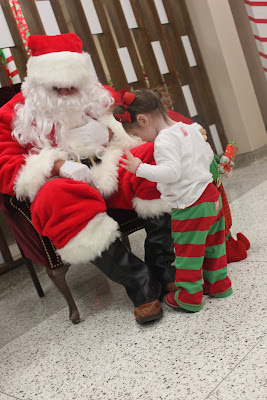 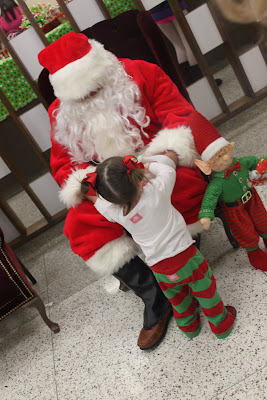 Ellie was surprisingly quiet on his lap. Not Gabbi! She just jabbered and jabbered, while Ellie almost whispered her list to him. 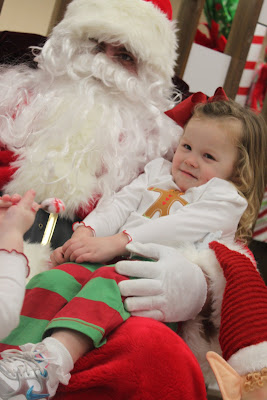 Hey, Santa, want a bite of my candy?! 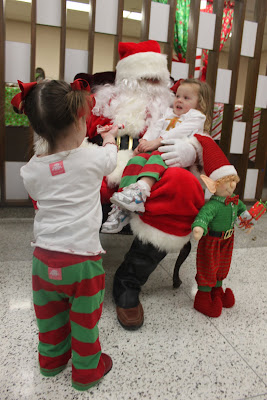 Why don't you jump up in my lap, little Girl... 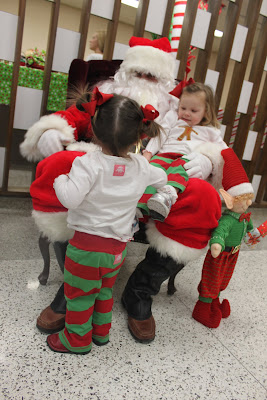 Ok, don't mind if I do! I think you are awesome, Santa! 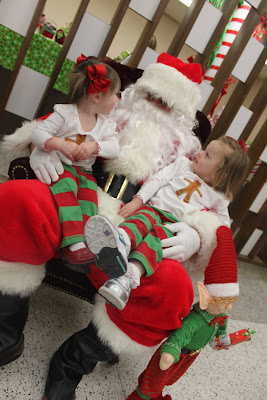 As Ellie loosened up, she got loose lipped also about all the things she needed him to bring her! 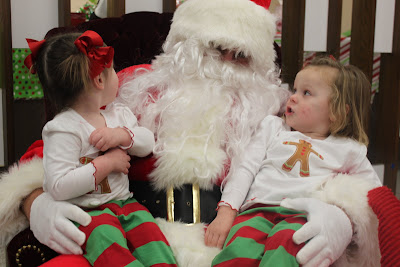 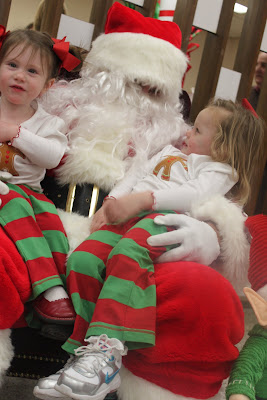 Santa was at the Twin City Ballet's Festival of the Trees. 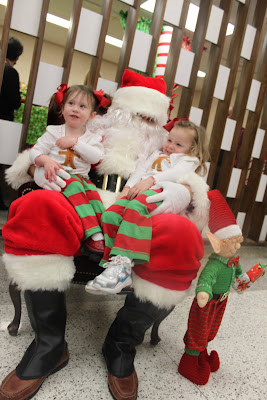 I was so glad that he was there. I didn't feel like going to the mall to see Santa. 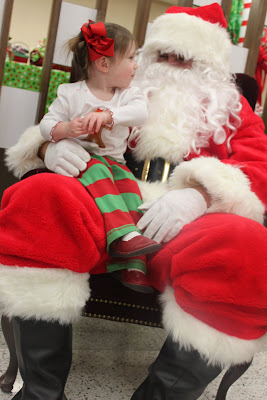 This "Santa's Helper" was perfect! My girls thought he was just right for sharing their list with. 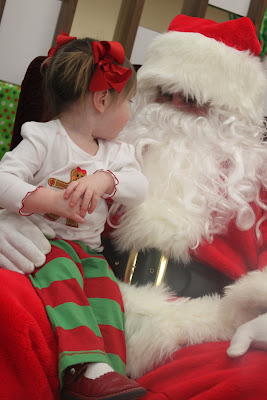 Gabbi wouldn't get out of his lap, so the line grew! She threw a fit when it was time to give up his full attention to her. 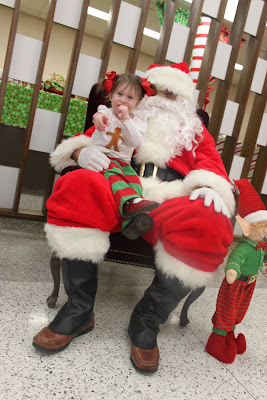 Yo. Gabbi! It's no longer your turn! SHARE SANTA! 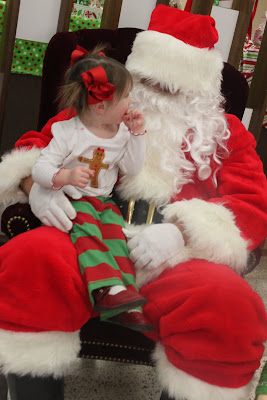 And whatcha think about these matching outfits?! I thought they were presh! I had to all but force it on you know who! 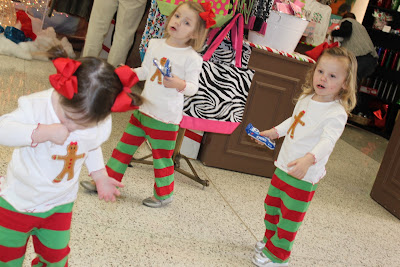 But all in all, the day was a success. And the girls got to tell Santa all about what they wanted for Christmas. Only one more day of waiting and we'll see how they faired!
Mo
Posted by melanie, aka Mo at 10:43 PM

Merry Christmas Eve....as our family says for countdowns to exciting things, "only one more sleep 'til....".

Merry Christmas Mel. I hope your lil family has a Wonderful time and can't wait to see the pictures of what Santa brought the girls. They are just so precious!!

Precious! Merry Christmas to you and yours!