Ok, so I have been looking for all these pics on my computer forever! They were "hidden" and driving me nuts!! But, voila! I have found them. And I mean to the tunes of hundreds, so get yo little selves ready! 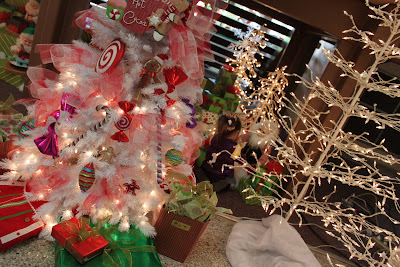 The weekend after Thanksgiving, I volunteered, along with about 30 others to decorate a tree to be dontated by the Twin City Ballet Company for auction as a fundraiser. Wow. what a sentence! I will show my tree in a later post. It was LSU themed! Buuuutttt.... when we were just about finished with the day, I looked around for Gabbi, and couldn't find her. I got panicky. And then, I spotted her.... look closely in the picture above. ANd below! 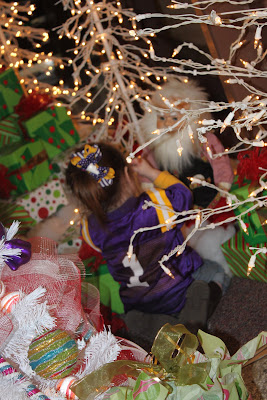 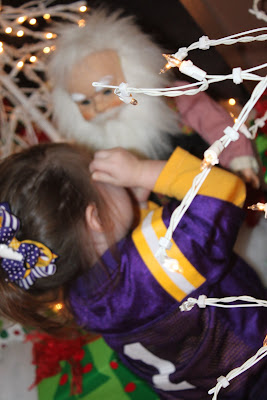 And as I looked closer, I realized what she was doing. 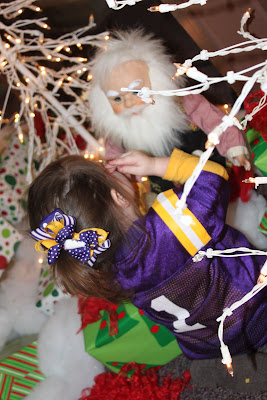 It seems Gabbi had an affinity for Santa's little bitty miniature glasses! 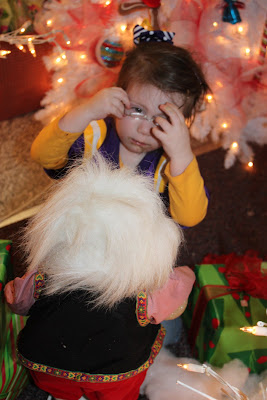 Now dangit, have you ever seen anything so cute in your life?! 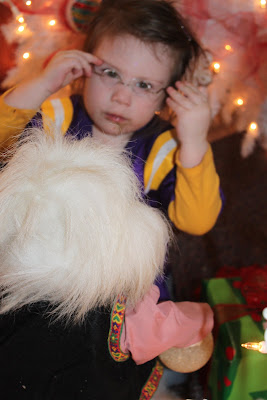 I just snuck around to another angle so I could keep watching her. 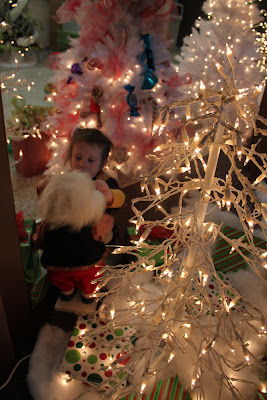 She was oblivious to anyone else being around! 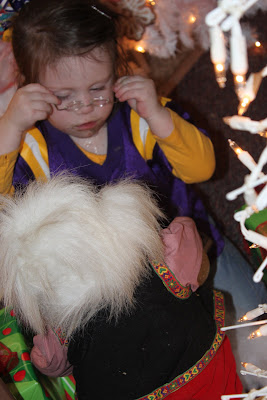 She would wear them a while, then try them back on Santa. It was precious! 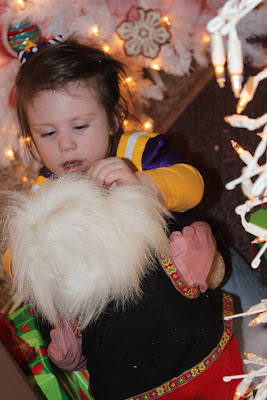 And then I found this one.... in the middle of the pre teens! Naturally!! 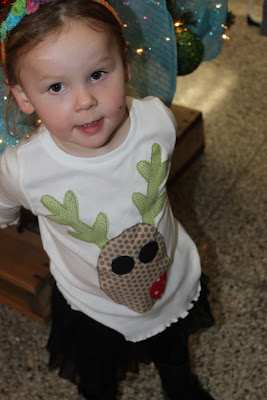 More on the "Festival of Trees" tomorrow!! Mo
Posted by melanie, aka Mo at 9:55 PM

That is the FUNNIEST and most PRECIOUS post EVER!!!!

Mo, what kind of camera do you use? I am in the market for a really good quality camera and your pics are always so good.Any suggestions would be greatly appreciated.:)
The pics of the girls are precious. I have missed seeing them the last few days.

Those pictures of Gabbi are precious. Such a sweet and innocent moment caught on film. Love the picture of Ellie also. Her shirt is really cute.

All I can say is blow those suckers up! If that don't make you smile, nothin will!

Just have to share this about my 3yr old dollbaby. We have a beautiful Nativity scene at retirement home near our home. I have to pass near the retirement home about 2-3x's a week. Each time Bree screams "Hey Baby Jesus" as we pass by. On Saturday, I took her to visit the Nativity scene *as we do every year*, we got out the car and the wind is really blustery and VERY COLD! I was trying to bundle her and she was busy trying to kneel down in the hay around the scenery. She picks up the hay and I tell her quickly to "not move the hay", she looks at me w/a really concerned face and back and Baby Jesus lying swaddled in a blanket and she puts the hay back down and gently touches His leg and turns to me and says "Momma, Baby Jesus legs are very cold...where is his pants?" She was gonna use the hay as a "blanket"!! :) The picture of her touching His leg *which I posted on fb* was captured on camera is indeed a Christmas classic!! I'm definitely going to have it enlarged. She has got such a loving and motherly spirit. I Thank God for her daily. I love seeing Christmas...thru the eyes of a child!!

Too precious! Oh, and I can't wait to hear the stories when Ellie IS a teen! Those will be a hoot I just know it.

That Gabbi is just tooooooo cute. Look at the concentration. That is just precious. It made my Monday a better Monday!